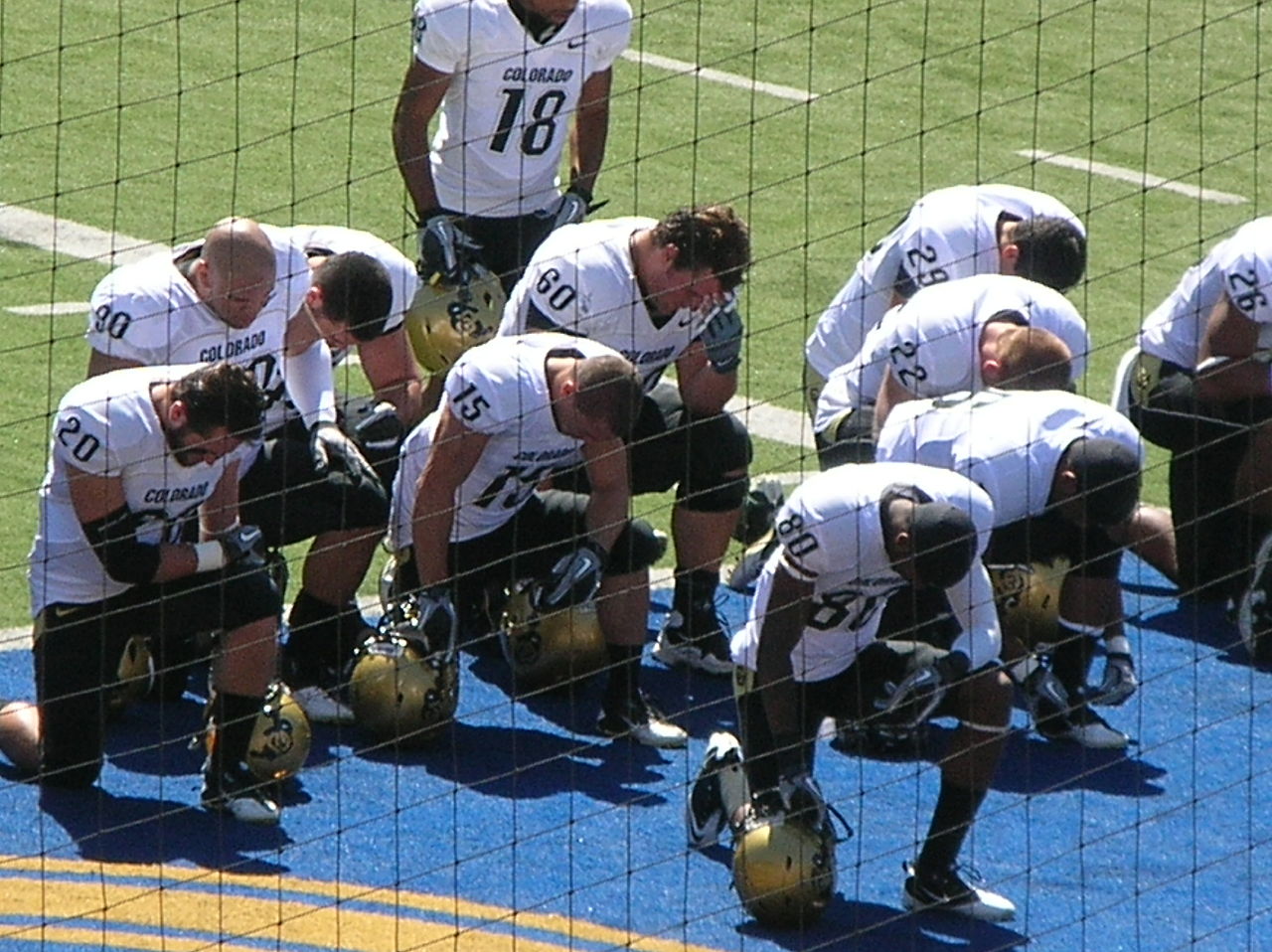 The Dobbs decision, which overturned the longstanding precedent of Roe v. Wade, continues to reverberate through American society. There was the story of a 10-year-old rape victim who had to travel to an adjoining state in order to terminate her pregnancy (and the revelation that future victims must travel even farther, as the adjoining state is set to outlaw abortion as well). There was the mildly shocking upset in Kansas earlier this month, where voters in the largely Republican state rejected a state constitutional amendment outlawing abortion.[1] To be fair, the culmination of a five-decade political crusade by conservative evangelicals as a political bloc, and the Republican Party more broadly, deserved the outsized time and attention (including my own). However, a decision handed down just a few days after Dobbs went largely unnoticed and, from a religious liberty perspective, is just as troubling.

The Supreme Court published the Dobbs decision on a Friday. Its ruling in Kennedy v. Bremerton School Dist. came down on the following Monday. According to the majority opinion, the court ruled in favor of Kennedy, a high school football coach, because it felt that the school district should not prohibit his right to private religious expression simply because the private expression occurred at a time concurrent with his job responsibilities as a school official. This type of ruling seems fairly benign. And it would be—if the facts were that simple. A complete examination of the record yields a very different story. Coach Kennedy had a history of praying at the 50-yard line immediately at the conclusion of the game. (This would, of course, be in full view of parents, players, and staff, undercutting the idea that it was “private.”) He invited his own players, as well as coaches and players from the other team, to join him. His players often joined him in prayer, some because they did not want to be seen as being against the practice, worried that it would affect their relationship with the coach. Once someone notified the school, officials asked him to refrain and attempted to meet with Coach Kennedy to find an accommodation for his religious practice. Instead of working with school officials to come to a compromise, Kennedy hired a lawyer and made several media appearances to highlight his grievance and his premeditated plan to continue violating district policy regarding religious expressions. Until the Kennedy opinion, the relevant law was well settled. School officials, especially those who have influence over students, must remain neutral in matters of faith because of the implicit coercive nature of their actions and because the state does not want to be seen as endorsing one faith over others (or no faith at all). Establishment Clause jurisprudence for 60 years found that it is a constitutional violation for school officials to engage in the exact kind of behavior at issue in this case. As alluded to by the district itself, there is not a prohibition against all forms of religious expression, just expressions that occur in a time, place, or situation where students may feel compelled to join (or not to object) because of the circumstances, in a way where the state can be seen as endorsing a particular form of religion above others. As with Dobbs, the change in the court’s understanding of the constitutional issue does not seem to stem from any real change in the facts or the rationales but simply because the composition of the court is of the type that wanted to encourage such activities.[2]

The response of conservative Christian groups was predictable. The acting president of the Southern Baptist Convention’s Ethics and Religious Liberty Commission and the president of Southeastern Baptist Theological Seminary tweeted approval of the decision. I can certainly understand the position. It seems to be a win for Christianity that this coach can pray in the manner he chooses in accordance with his faith. Many people in Christian quarters described this opinion as a win for religious liberty. I think that is true—if the term religious liberty has an implied “Christian” in front of it. However, if you believe religious liberty is for everyone in society, then you might have some reservations. You would be wondering if this case would be decided differently if the coach in question were a Muslim, Hindu, or Satanist (assuming such a coach would even get to this point). You would be wondering about the families in the stands who do not share Coach Kennedy’s faith and how they would feel seeing a Christian prayer led by the man who is supposed to be neutral, and might wonder whether your son or daughter will be treated differently. Your heart might hurt for the 16- or 17-year-old football player who half-heartedly jogs out to the 50-yard line and takes a knee, not because he cares to pray but because he doesn’t want to face the judgment of his friends, or the coach himself.[3]

Even if I only considered a Christian perspective on this case, I might feel similarly. While I could perhaps agree with the court’s outcome, I would wonder how beneficial this would be to the mission of Christianity. It might make me feel better to know I can engage in my faith this way, but I don’t know that I have done anything that would make someone else want to know Christ better. Moreover, I would not necessarily be sure that what I am doing is something Jesus would support either. I would read his words in Matthew chapter 6, and they would give me pause.

Take care not to practice your righteousness in the sight of people, to be noticed by them; otherwise you have no reward with your Father who is in heaven. . . . And when you pray, you are not to be like the hypocrites; for they love to stand and pray in the synagogues and on the street corners so that they will be seen by people. Truly I say to you, they have their reward in full. But as for you, when you pray, go into your inner room, close your door, and pray to your Father who is in secret; and your Father who sees what is done in secret will reward you.[4]

I guess some of us have decided that we will take our rewards where we can get them.

[1] I call this a mildly shocking upset because when considering the broad support for abortion rights among both political parties and the fact that the amendment on abortion was the draw on this particular ballot, the outcome should not be that surprising.

[2] This is further supported by the fact that the court refused to grant certiorari to this case when it first appeared before them. Petitioner attempted again once the court’s political makeup shifted, and his case was then heard.

[3] Someone may want to argue that the coach never “forced” anyone to join these prayer groups and never insinuated that anyone would be treated differently if they didn’t join. However, as a professor of graduate students, I can tell you that a teacher’s motives are often distrusted, even when those motives have been clearly stated. I can only imagine what it must feel like for a student who is younger when the motives are not clear. Moreover, there should be a desire on behalf of the school (and quite frankly, the coach himself) to never create circumstances for the student to even wonder whether such a thing is a possibility.