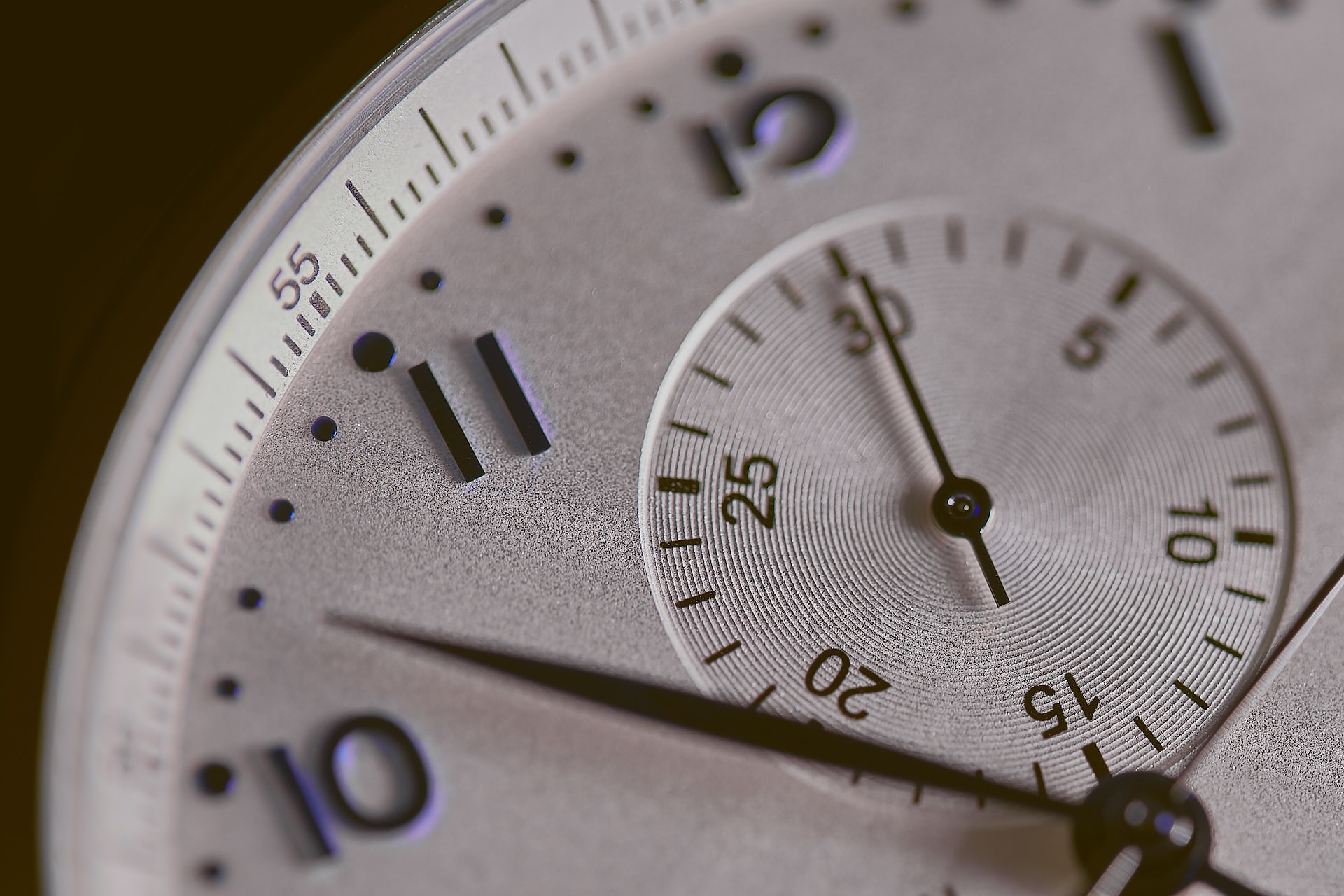 Christianity today has become overly dependent on the category of history. And the eschatology that comes with it also suffers from this dependence. For this reason, renewal of Christian hope today must necessarily pass through a downsizing of history. And eschatology today must be a post-historic eschatology. This does not mean that history disappears but simply that it must be put at the service of life, not life at the service of a linear history. Temporal alienation, the most widespread and cross-cutting form of alienation today, has, according to sociologist H. Rosa[1], put life in check and continuously deprives it of its "resonance."[2] Thus the refocusing of eschatology on life must paradoxically pass through a critique of history-as-category, because in our world, history has become absolute and a nullification.

Eschatology certainly includes history but is not reduced to it, especially when history is understood in a purely linear sense, as is the case today. Religious or cultural anomalies do not always arise from obvious errors or falsehoods. They may well arise from legitimate and truthful elements that have, however, become one-sided and thus unbalanced in their basic structure. Such is the case with history as a theological category. Today it not only appears one-sided and unbalanced but has also become essentially idolatrous, given its radicalization and absolutization. Today, we think that life, experience, community, and faith can only survive with meaning if they advance, grow, progress, transform, improve, move, achieve, produce results, etc. All these criteria of spiritual and theological health are the most frequent history synonyms. They are used today to recognize, measure, and validate human experiences. But, upon deeper analysis, such categories, and the history that encompasses them all, are not the solution but unfortunately part of the problem. The ideology of movement, change, and transformation does not diminish but instead increases one’s malaise, discomfort, and attrition. The German-Korean philosopher Byung-Chul Han reminds us that historical ideology, with its related compulsion toward movement, is at the root of what he calls "Achievement Societies."[3] They “mortgage” life, thinking to make it more efficient. Instead, they diminish curiosity, mystery, and the gift of passion for life itself. Our societies, theology, and eschatology have become realities without this passion.[4]

All peoples and religions have had problems with time. Understanding time without neutralizing it has always been one of the most difficult human experiences. Those we call “pagans,” who used a cyclical temporal conception related to nature, struggled in articulating their relationship with time. But modern Christians have also had enormous problems, despite the fact that we start from a biblical conception of time. But just referencing the Bible is no solution. From the cultural and human results, not only heresies but also purported truths, Christians must be evaluated.

Premodern communities, in both their vulnerability and wisdom, thought to establish a pact with time. By making time a friend, they privileged it. They applied a grand scheme to time, a cyclical scheme, which recognized and validated it but also canceled it out. What resulted was a “tamed” time. Predictable. A time with no real future. What they called future was, in reality, a reproduction of the past. It has yet to manifest itself, which is why they awaited it. But it was a weak expectation because, in reality, that expected future was already present, just hidden from their eyes. So, the future was only the unveiling of an eternal present.

All ancient communities were essentially cyclical, working with the cosmos as referent. It is space that swallows up time. Theirs was a cosmic time—stationary and spatial. For them, all moments were contemporary, as all elements are located in space. Cyclical communities, by virtue of this covenant with time, are stable, ordered, and predictable. Whether instinctive communities like the so-called barbarians or primitives, or rational communities like the Greeks, this common stability comes to them from the spatial stability of the cosmos. But this advantage takes a very high toll because it makes them repetitive communities, for better or worse. Life becomes a reproduction of the cosmos and history a set of events to be stabilized by copying the cosmic order in events.

The cyclical time of the ancients knows not utopia,[5] but repetition. Not what can happen but what has happened gathers and imprisons all attention. The goal is the "eternal return" of the same. Its sign is ritual. Through ritual, traditional man surrenders to the eternal present, to the time that was, is, and will always be the same. This time is without fractures. It is homogeneous and compact.

In contrast, Judaism and Christianity have considered cyclical time to be false. But denouncing a falsehood is not enough to produce a truth. Linear time, which emerges with the Jewish tradition,[6] breaks with the tyranny of repetition.[7] Life, for this tradition, is in front, not behind. It is task and quest, not confirmation and repetition. Every existence has a goal, a future without which it is impossible to achieve full meaning.[8] Not what one is, much less what one has been, but what one can be becomes important and makes a difference. It is forbidden to stop.

Everything must be new. Not contentment and fullness but restlessness and dissatisfaction become a sign of health. Every moment in life is unique. It will never return. It is unrepeatable, so it should not be wasted. It must be lived with the intention of creating something new, something that has never existed. Innovation, not repetition, becomes the watchword. Thus, every moment is kairos, a qualitatively new and unique moment.[9]

Yet Jewish history will remain a slow story. Why? Essentially because the cosmos does not disappear in the Jewish religion. The linearity discovered in the spiritual realm will be balanced and tempered by a constant reference to the cosmos. The only difference is that cosmos for the Jews, which for surrounding peoples was divine and therefore absolute, will be a creature and therefore a relative reality.

All this changes with the arrival of modernity. According to Aaron Gurevitch,[10] the modern world chooses time as its main category. Modernity is characterized by its strong orientation toward the future. In this point, it can and should be regarded as a true extension of Christian eschatology. In fact, it is a secularized eschatology. But in what does modernity innovate compared to Christian eschatology, and in what does it purely prolong and confirm it? The forward orientation in Christianity was still slowed down because only God knows the future. But in the contemporary secularized world, it is unleashed because God is no longer there and time is subservient to human management. Since there is no longer any God, modern man has become radically and dangerously eschatological because his future now has no obstacle. The “anthropological turn,” a typical trait of modernity, has various versions that fuel and radicalize its project, notably the idea that the future must be considered as decisive. Cyclical time has not only become linear but even like an arrow. We are, according to Giacomo Marramao, in the age of "dromomania," living in the syndrome of haste or—quoting Shakespeare's Hamlet—today time appears "out of joint," off-axis with respect to the questions of meaning in life.

Paradoxically, it is not so much the papacy or Catholicism generally that has most warped communal and religious life but the Protestant (and also Adventist) religiosity of movement and change as a panacea for all human ills and discomforts. Contemporary religiosity has become compulsive for many because of its "historic-centrism." Even the Sabbath has become accelerated and no longer mediates peace, serenity, and inclusion. Life-focused eschatology must therefore become a "slow eschatology," attentive to quality and not quantity, to the essence of Sabbath and not just its chronology. The eschatological Sabbath is more kairos than kronos, more inclusive than exclusive, more vulnerable than muscular. Both Sabbath and eschatology are essentially vulnerable and “incomplete” realities. That is why they are radically dialogical, relational, and inclusive.

[2] Hartmut Rosa, Resonance. A Sociology of our Relationship to the World, (Cambridge: Polity Press, 2018)

[7] K. Loewith, "Biblical Interpretation of History," in, Meaning and End of History. Theological presuppositions of the philosophy of history, (Milan: Feltrinelli, 2004), pp. 209-218.