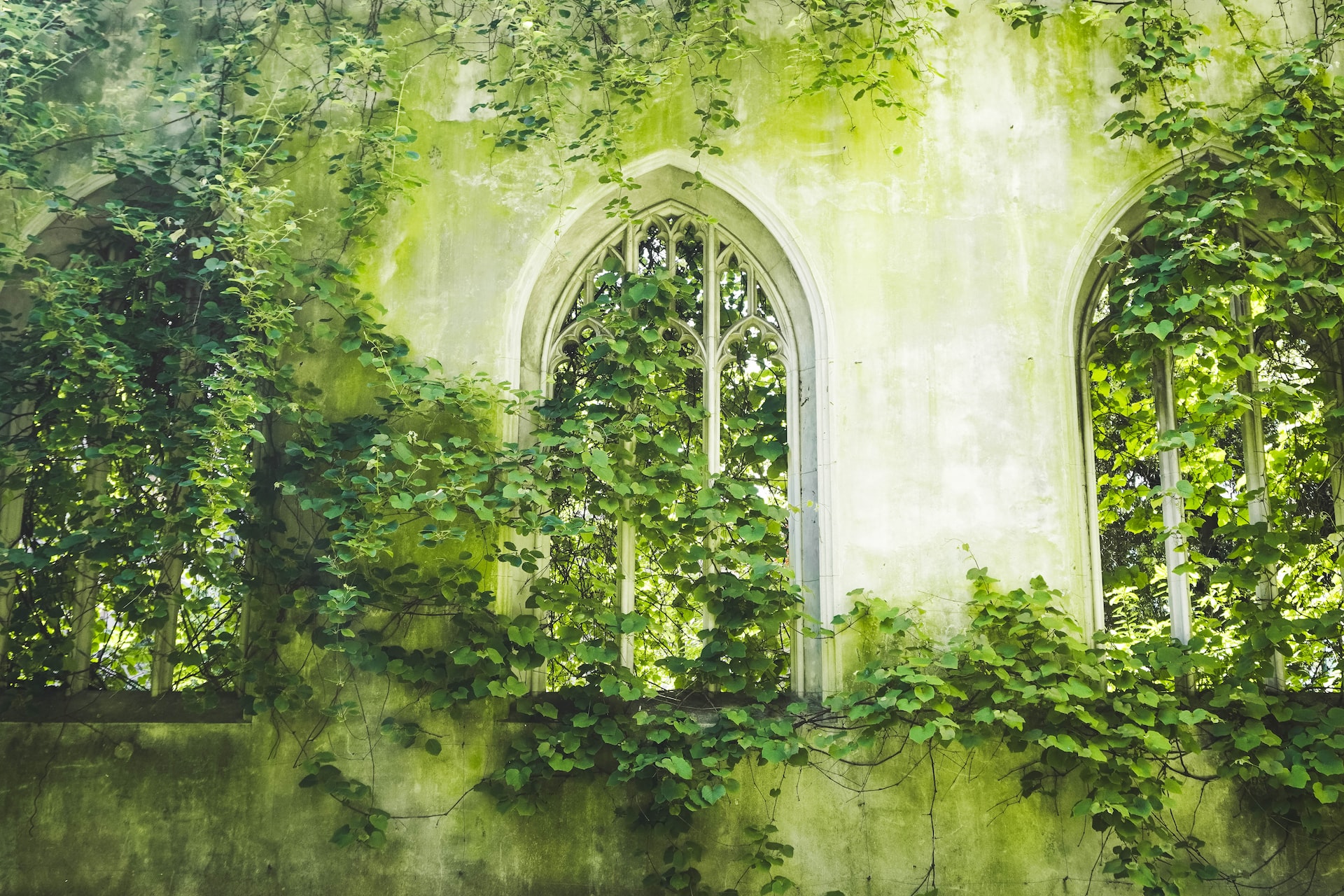 Adventist eschatology, and Christian eschatology more generally, have both become problematic. The basic problem lies in their lack of universality. Eschatology, by definition, is a reality with an inescapably universal calling. However, the components of selection and sifting, while also important, should not be the central address or basic perspective. Even the well-known category of "remnant" must remain subordinate to the universality and inclusiveness of the kingdom.

And the kingdom of God is naturally inclusive. But the conditions Christian churches advance for us to be welcomed into them, unfortunately, do not always coincide with such inclusivity. Eschatology today needs to become post-confessional in order to preserve its essence and force. Post-confessional does not mean that denominations disappear and are no longer needed. On the contrary, they are needed more than ever. Denominations serve as a point of reference, aggregation, and impetus for community practice—for the flourishing of the faith journey of individual believers and for the witnessing of the gospel. But over time, confessions of faith have stiffened, then obscured, and even substituted themselves for the kingdom of God. To identify or superimpose a Christian church or churches with the kingdom of God is not only naivete but also overbearing idolatry. Consequently, a refocusing on the kingdom of God is urgently needed.

This structural inclusiveness and universality of perspective is not very clear in Ellen White's The Great Controversy, but it is still there. We see it in a few passages, such as at the end of chapter 25, where she writes, with respect to the Sabbath: "But Christians of past generations observed the Sunday, supposing that in so doing they were keeping the Bible Sabbath; and there are now true Christians in every church, not excepting the Roman Catholic communion, who honestly believe that Sunday is the Sabbath of divine appointment. God accepts their sincerity of purpose and their integrity before Him" (449).

A structural weakness of the book lies in it not distinguishing clearly enough between Adventist eschatology and a more universal kingdom of God, or between an Adventist Sabbath and God's eschatological Sabbath. The Adventist denominational Sabbath is too small and tribal to embody God's eschatological Sabbath. The Adventist one is ecclesiocentric, anthropocentric, and chronocentric, while the kingdom's eschatological Sabbath is ecocentric, cross-cultural, and kairological, rather than being a chronological Sabbath. White embraces the ongoing temptation that denominations have in furthering their own agendas. But, if churches believe themselves to be grounded in truth, it appears almost automatic that sooner or later, they will try to use some kind of force to promote their truth. This is what White envisions for Sunday promoters: "But when Sunday observance shall be enforced by law, and the world shall be enlightened concerning the obligation of the true Sabbath, then whoever shall transgress the command of God, to obey a precept which has no higher authority than that of Rome, will thereby honor popery above God" (449).

Yet the warning should apply to not only Sunday defenders but also Saturday defenders. One should not read the form only but also the principle behind this statement. And that involves the misuse of any kind of force to implement religious practices believed to be essential parts of truth.

Thus, the real and decisive signal, according to White, will be given by use of force to promote Sunday observance. But the core issue is larger. What's actually being described is a general use of force to coerce religious practice. And the legal force White refers to is just one of those that can come into play to compel a religious practice. Illegitimate force is not limited to only an improper national law. It may also be the more limited and circumscribed compulsion of a denominational, communal, institutional, or familial rule that might paradoxically impose the Sabbath as a compulsory practice. The principle behind White's description is thus broader. It defends not only the chronological Sabbath of Adventism but also the Sunday-Sabbath of many Catholics. Yes, it condemns the use of force to implement Sunday, yet by implication, it also condemns if force were used to promote Sabbath observance.

But more centrally, why speak of a post-Christian eschatology? Precisely because Christianity has neutralized, even imprisoned, an important part of the eschatological thrust. The future has been neutralized by a cyclical conception of history, ironically typical of pagan religions. But a linear Christian view of history, which thought it could correct the conformity and determinism of the cyclical paradigm, paradoxically produced the same deconstructing effect on the future. The Christian future today is not the bearer of hope but only formulas and caricatures of a future, one that has become excessively monolithic, exclusive, and compulsive.

The nobility of Christianity will be enhanced to the extent that it succeeds in acting for the common good. The value of Christianity does not lie in success in what it says or doesn't say, its doing or not doing, but rather in whether it succeeds in conveying the profound sense of convergence in the common belonging to a humanity freely offered to us all by God. It is trust that we urgently need today, not self-directed but a hetero-directed trust. And certainly, trust in ourselves, which starts from the best within us, but also that which is later extended into trust in others and finally into trust in a God who will undergird a resilience that germinates in the world through the grace of his trust in humanity.

Christian churches today are called to be missionaries—to visit humanity where it is, in all its uncertainties, perplexities, and needs. The greatness of Christian communities is not in making themselves great, nor in their ideas or actions. We Christians must resist the temptation to take advantage of world catastrophes, like the COVID pandemic, to increase our ascendancy and influence. As Psalm 113 reminds us, God is great not because he is superior "to the nations," "rules above the heavens," or looks down "from the heights of his glory, seated on his throne" (v. 4, 5) but rather because God makes others great. He makes "the poor man great" by removing him "from the dung" and "making him sit with princes" (v. 7, 8), and he makes "fertile the barren," thus enabling her "to dwell in his family, happy among his children" (v. 9). Making others great is the hallmark of Christian witness. The world needs a church that knows how to renounce a desire for prominence inherent in the DNA of every missionary religion.

The nature of Christian ministry in a time affected by various crises is, therefore, to take and shape our Christ-model, who empties and lowers himself, and support those who are afraid in the midst of such uncertainty. This is at the root of the covenant spirit between God and humanity. No relationship is easy and free if we understand it through reciprocity. It is not for God as it is not for the church either. It is out of love that God created humanity, thus choosing to be vulnerable to that love and equipping us with the capacity to love him in turn—love understood not as an ethical virtue but as a relationship, as a way of inhabiting the covenant. This prompts God to not only act generously but also be influenced by human actions and decisions. In the covenant, God is not only the subject and protagonist in world history but also is the receptor of human initiatives and reactions. So, too, the same formula applies for Christian communities in their relationship with the world. The service we offer to others transforms not only those who are the objects of our attention but also ourselves, in virtue of and in thanks to the people we serve. The power of this reciprocal mission can allow us to say that today the "world" can save the church from its narcissism and its persistent and chronic spiritual solipsism.

In this sense, a "post-Christian" eschatology is not only desirable but also necessary because Christianity in all its forms, not just Catholicism, has been burdened by 2,000 years of drifts, obsessions, and posturing over the world and its people. Such Christianity, when present in Christian denominations large or small, has become a muscular and pretentious religion that uses eschatology to increase its presence and prestige. The word "kenosis" refers to how Jesus relinquished some of the attributes of God by becoming man and suffering death. And this true Christ of the Gospels also requires a kenotic eschatology, not one that appears better but kenotic because it is inclusive and relational. This post-Christian eschatology is not an iron-like manifesto to demonstrate to the world that Christianity is right but a relational attitude, embodied in the kenotic Christ, that tries to persuade and conquer people's hearts by incarnating trust in life and a future that needs to be better for all.

Photo by Photo by Kyle Bushnell on Unsplash