If Ellen White Were Present 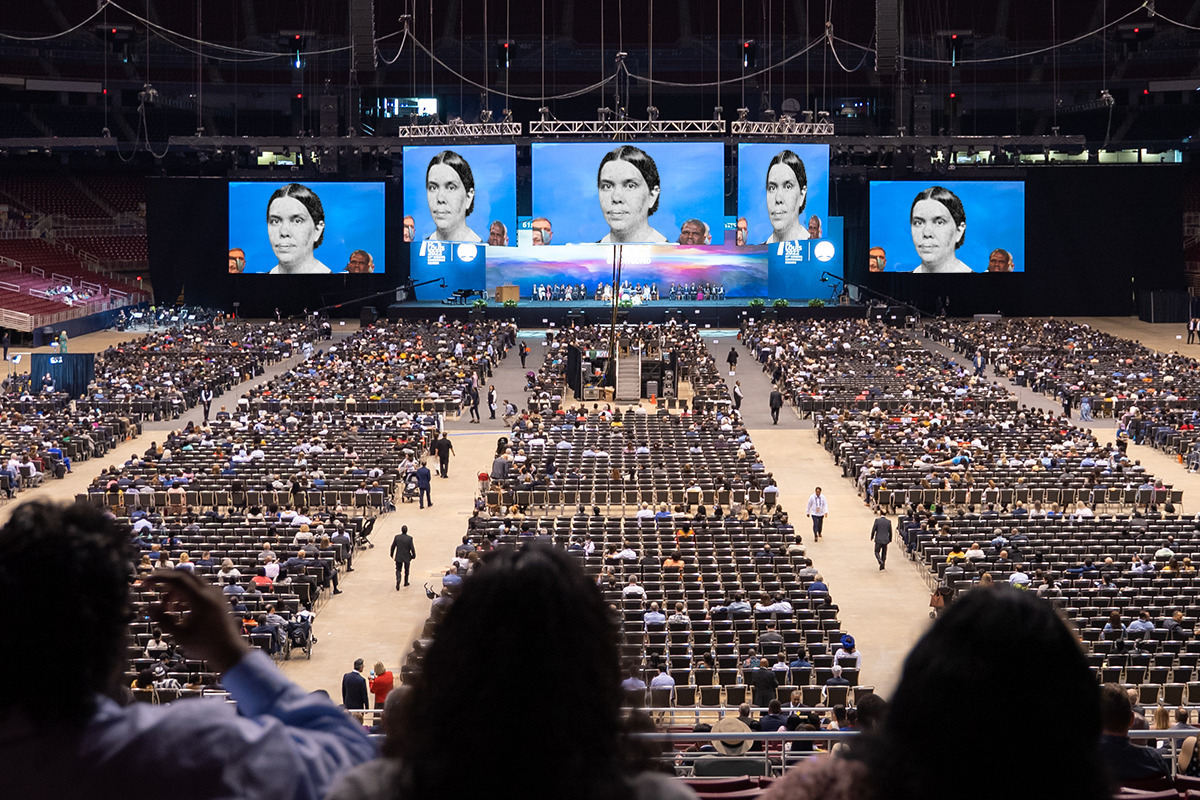 The 1990 General Conference Session in Indianapolis was my first. At its end, I told a few friends that my experience at that event was the closest I had come to my impression of heaven. I left Indianapolis filled with elation and optimism, excited about what God would accomplish through his church during the years ahead.

Listening to proceedings at the 2022 General Conference Session, I seldom heard anything that generated a similar sense of hope and thrill to that which I felt in 1990. I watched the Sabbath worship service with incredulity and growing concern for the church that I love and to which I have committed my life. When and how did my church change from being a safe place in which one could express one’s understanding of Scripture and be respectfully heard to an organization in which one is made to feel that if their views are not in line with those of church leadership, it’s a sure sign one is not being led by the Spirit? When did we become a church in which we are practically being told how to believe, what to believe, and how to express our beliefs? Haven’t we learned anything from the history of the Christian church, especially the alienation and persecution of millions that resulted from a forced system of beliefs by leaders who were convinced that they were only doing God’s work?

Following the reading of a prayer of Ellen White’s during the Sabbath service, I started to imagine what Ellen White would have said if she were present at the session in person.

I suspect that if she were present, her heart would be greatly troubled, and she would have made one of those corrective speeches that characterized her ministry. After the reading of her prayer, or during its reading, she probably would have risen to her feet to remind those present that her prayer addressed the church and its challenges at the time it was prayed, and the church today needs a prayer to address the concerns and challenges of our time.

She most likely would have called for church leadership to formulate and implement a plan to work closely with vulnerable and disenfranchised young people in various communities across the United States and in other countries to reduce gun violence and provide hope and purpose to millions, who otherwise would merely drift aimlessly through life. She would also have something to say about the irrational use of guns in the United States and the many, including children, whose lives have been violently ended as a result. She no doubt would have urged church members and church leaders in the United States to do their part in bringing about gun reforms that would be for the benefit of the nation.

If Ellen White were at the session in St. Louis, she probably would have reminded everyone present that her writings were the lesser light that leads to the greater light and that the church should prioritize placing a copy of the Bible in every home rather than a copy of her book. She might also have said in this connection that if one of her books were to be distributed on a worldwide basis, each division or union should be authorized to decide which one would be appropriate for distribution in their respective areas, based on a mix of sociological factors. She also would most likely remind delegates that God works with and through local leaders as much as he works with and through global leaders.

If Ellen White were present, she would have warned against adding to the biblical narrative to support a particular perspective. Both the Jews and the wider Christian church can testify to the harm that such an approach could cause to God’s family of believers. Are pastors, Bible teachers, college professors, and members in general still free to interact with Scripture with an open heart and mind, or must they always come to a predetermined conclusion, whatever their convictions under the Spirit’s leading? If the early Adventist Church had taken that position, the beauty of the central teaching of righteousness by faith, as shared at the 1888 General Conference Session, and many other truths would have been lost to us.

If Sister White were present at the 61st Session of the General Conference, she would have probably reminded leaders and delegates that the Seventh-day Adventist Church, being one of the major health care providers in the United States, should take the lead in advocating for health care to be made accessible to the poor and disadvantaged, in line with its understanding of the nature of God’s kingdom. She would also widen that appeal to include other areas of the world where health care is poor or nonexistent.

If Ellen White were present at the 2022 General Conference Session, I am of the conviction that she would have spoken passionately against the impartial way in which justice is dispensed in the United States and elsewhere. She would urge church leaders and members to let their voices be heard against the unequal treatment of minorities and women. Often, church leaders hide behind the view that to speak out or act against injustice would be seen as engaging in politics. Tell that to Isaiah, Amos, and Micah, who incessantly reminded the people that social justice was an integral part of righteous living! Tell that to Jesus, and he would remind us that we cannot have a relationship with God without taking an active interest in the needs of our fellow man. Isn’t that the point of Matthew 25:31–46? Ellen White and many early Adventists did not seem to think that advocating for justice for the weak, the defenseless, the voiceless, and the enslaved was meddling in politics. She spoke against the evils of slavery, and had she been around today, she would similarly speak against injustice in our society.1 Historian Kevin Burton describes the activism of early Adventists:

Throughout the entire antebellum period, Millerites and Seventh-day Adventists also risked their lives to liberate slaves from bondage. While some did this legally by purchasing slaves’ freedom, many broke federal law by assisting fugitives on the Underground Railroad. They upheld God’s fugitive slave law in Deuteronomy 23:15, 16: “Thou shalt not deliver unto his master the servant which is escaped from his master unto thee. He shall dwell with thee, even among you. . .” Indeed, in all of these ways and more, Adventists were inspired by their Christian faith to fight against systemic racism in America.

The name “Adventist” implies an emphasis on the kingdom that will be established at the second coming of our Lord. However, we must not lose sight of the kingdom of God that is here and now, and the imperative for Christians to live the kingdom life in a broken world. Josh Ross made this important point in an article he wrote in 2015, in which he likens Christians to school crossing guards who help children cross the road safely: “Following Jesus isn’t about crossing our fingers, hanging on tight, and waiting for eternity. It is an invitation to cross the road, to embrace a covenant relationship with the Creator. God gives us the opportunity to join him in all of the ways His mercy and goodness flow through the world. When this reality sinks into our hearts, it changes how we see the world.”

What does crossing the road mean for us as Seventh-day Adventists? It means that as a church and as individuals, we are to find ourselves at the cross-section of life, easing the pain of the wounded, lifting the load of the burdened, fighting the cause of the defenseless, bringing in from the cold those who have been left outside by the society as not being good enough or not being like us, and being “ready to give an answer to everyone who asks you about the hope you have” (1 Peter 3:15).

Part of Ellen White’s legacy to our church was her counsel to church leaders regarding the taking of extreme positions. Without her presence in the church over several decades and the guidance she provided, our church would likely be characterized by rampant legalism and an intolerant attitude that is antithetical to the gospel and the nature of Christ’s kingdom. I invite fellow Adventists to pray for the spirit of Ellen White to permeate our church as we endeavor to fulfill the mission to which God has called us.

Don W. McFarlane is a retired pastor and church administrator living in Lincoln, United Kingdom. He served as president of the British Union and admin pastor of the Sligo Church.