How Adventists Get Sex and Gender Wrong 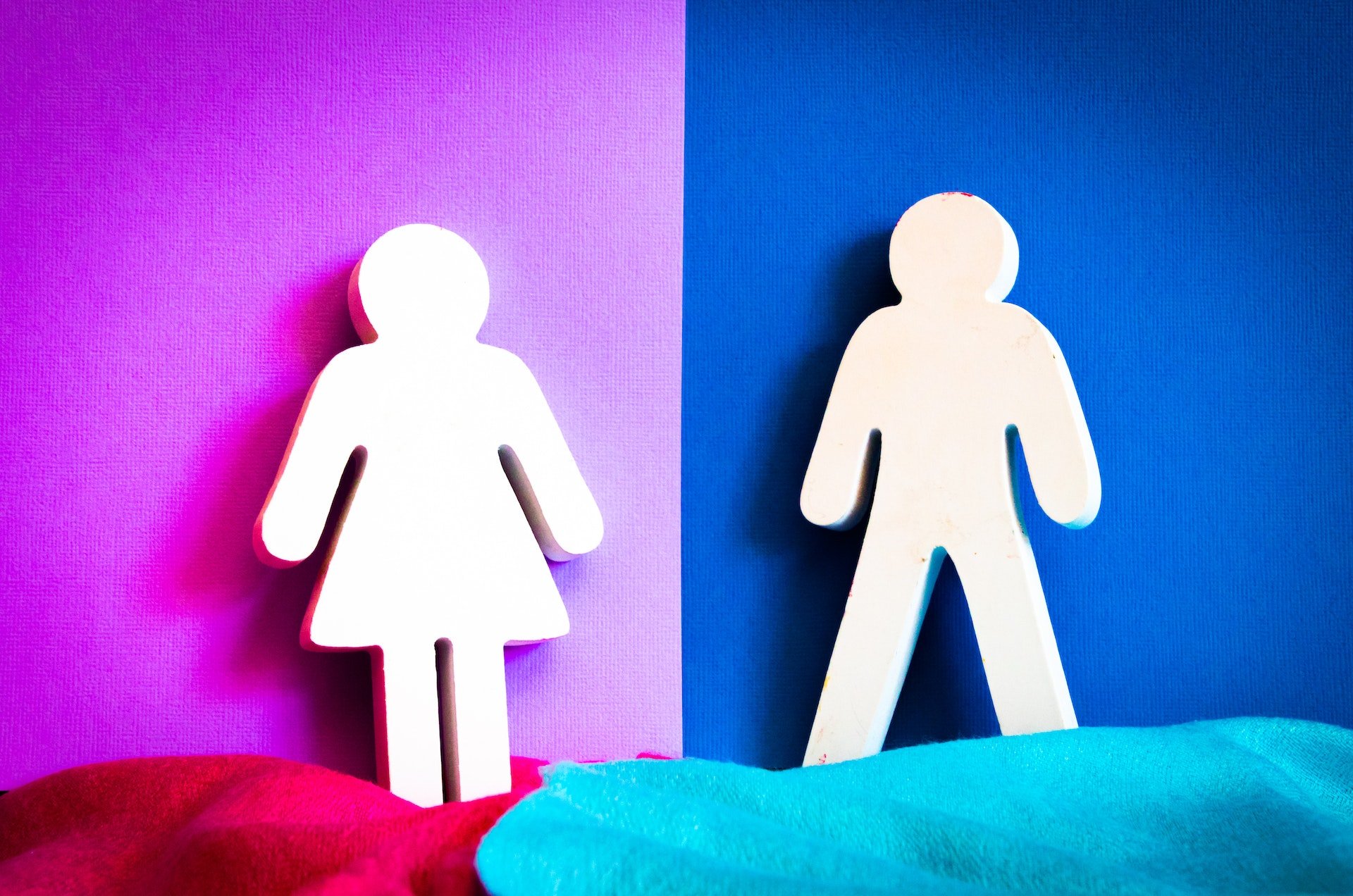 One of the most difficult issues with reading and interpreting the Bible is the historical and cultural gap between now and then, between the readers and the writers. Billions of words have been spent tackling this issue. So-called hermeneutical theories and strategies have been developed, including one just for Adventists. In some cases, the gap is more obvious than in others. Most Christians have no issue reading about the four corners of the Earth in multiple places in the Bible, even though it’s obvious that this doesn’t fit our view of the world. We don’t require the earth to have four corners just because Isaiah says it does.

Where I frequently see people struggling is biology. I’m sure at a very basic level, everyone knows that biology in the Bible is different from biology nowadays. Take our organs. It’s quite commonly known among Bible readers that the heart is considered the thinking organ, not the brain. Our modern metaphorical association of the heart with emotions is not biblical, yet so often when someone reads that Mary treasured what was said about Jesus in her heart, it’s very hard not to associate this with Mary’s emotions toward her son. It's very hard to forget our own cultural bias, where ❤ is synonymous with love.

A place where I see a modern biological worldview misinterpreting the Bible is the debate about sex and gender. Honestly, we have a very clear understanding of how the ancient authors of the Bible viewed sex, but it’s so foreign to us that we struggle to interpret and apply this knowledge correctly.

Let’s start with how “we” think about sex and gender. I don’t really have the space to go into detail about it here and, I guess, it’s hardly useful for me to tell you what you think. Take a moment to think about some fundamental questions: How many sexes are there—2, more, less? What defines your sex—genes, cells, genitalia, clothing? Are you born with a sex? Can you change sex? Can others affect your sex? Now, if you think there’s a difference between sex and gender, revisit those questions, answering them for gender. You should have a general idea now of how “we” understand sex and gender.

Sex and Gender in Biblical Times

The languages of the Bible, just like English, have words for sex (man/woman) and gender (male/female). But—and this is very important—these words mean very different things in the ancient world. The hardest thing for us to get our heads around is that much of the ancient world had what we call a one-sex model. They believed that there was only one natural or “biological” sex. Everyone was a man, even the women.

In the Greco-Roman world, and we are pretty sure that this is also true for the cultures of the Old Testament, everyone was seen to be essentially male. But not everyone was equally masculine or manly. You were not a born a man—you needed to become one by being brave and virtuous and strong and powerful and dominating. You needed to grow up, to man up. That’s why the Greek words for growing up, bravery, manliness, and man are all basically the same. Having power over others was manly. This meant that very few people actually achieved the status of “man”: foreigners, enslaved people, women, disabled people, children, servants, and lower-class people all struggled to be fully men.

Sex back then was scale, from manliness to (ef)feminacy. But, and this is the key point, whether you were super manly or highly effeminate, you were still at the very basic level the same. The scale of sex was not a binary scale but a single scale. I like to compare it to muscle mass in the contemporary world. Some of us are muscular, some of us are slight, and we have a scale that runs all the way up to bodybuilders and film stars portraying Marvel superheroes. But no one thinks that muscular people are fundamentally different to others. Muscular people just inherited some muscle genes, or worked out more, or took dietary supplements, and now they are burly. But they are not biologically a different thing to, say, me.

This is how sex worked in biblical times. You had manly people and effeminate people, but they were not fundamentally, biologically different. All people were in essence men, and thus many “men” were born with—what we’d call—female biology. They would call them “less manly.” They are less inclined to have physical characteristics (size, muscle mass, genitalia, a political position) that are useful for being strong, powerful, and dominating. In other words, sex in the Bible is more about behavior than anything else.

And just like in my analogy of muscles, where you can hit the gym to change your physique, back then it was taken for granted that you can become more manly. You can display bravery, work on controlling your emotions, be reasonable, dominate others, and be virtuous. Male people could do this, but so could women, as could enslaved people, foreigners, disabled people, and of course children, wishing to grow up to be men. Every moment in your life was a moment to work on and show off your manliness.

This understanding of sex has given extremely useful insights into the interpretation of many biblical texts. Hundreds of articles and scores of books have been written on the topic in recent years. Some of the Pauline letters, especially the sections addressing “men” or “husbands,” reinforce these standards of masculinity. Others subvert traditional masculinity by suggesting that men should only get married if they are too unmanly to control their urges.

We see that the Gospels also present a mixed version of Jesus’s manliness, where he is very manly in his constant domination of the political and religious elite but he doesn’t marry, deserts his family, and ultimately cannot protect his own body from a shameful death. We see that Christianity presents an alternative—dare I say counter-cultural—masculinity that I think is less focused on dominating others and more focused on controlling ourselves against sin and evil influences.

For contemporary discussions going on in Adventism, I think there is a much more important takeaway. As I see it, the Adventist fundamentals and much of Adventist theology are simply wrong when they import our biological model of sex into the Bible. When various texts that refer to male and female are simply interpreted at face value, without realizing that these ancient authors functioned with a one-sex model, the texts are completely misinterpreted. And the Bible is being subjected to modern cultural assumptions.

If you know what to look for, you see this importing of contemporary culture into the interpretation of the texts in so many different places. The official statement on marriage says, “Arising from the diversity of the two human genders, the oneness of marriage images in a singular way the unity within diversity of the Godhead.” The authors have read “male and female God created them” and imported their biological view of humanity into the text. This wasn’t even necessary; the sentence would be just as powerful if it read, “Arising from the diversity of human gender images, etc.” Indeed, theologically this makes more sense. The Godhead is not a diversity of two opposing poles. It’s not a binary. The Trinity is a unity of diverse expressions of the same thing: loving-kindness.

The Adventist statement on “transgenderism” makes the same mistake when it claims: “God created humanity as two persons who are respectively identified as male and female in terms of gender. The Bible inextricably ties gender to biological sex and does not make a distinction between the two.” It amazes me to see that the second sentence even refers to the biological worldview that it is using to interpret the text but makes no attempt to bridge the gap between ancient views of the body and ours. The statement is correct that the Bible doesn’t really differentiate between sex and gender expression, but only because sex is defined by what you do with your body, not by your body itself.

Tom de Bruin, PhD, is an interdisciplinary scholar of ancient Judaism and early Christianity from South Africa, the Netherlands, and the UK. He has been a pastor and union administrator in the Netherlands and was a senior lecturer in New Testament at Newbold College, UK. Find him on Twitter or his website, tomdebruin.com