Finding the Promise of Hope 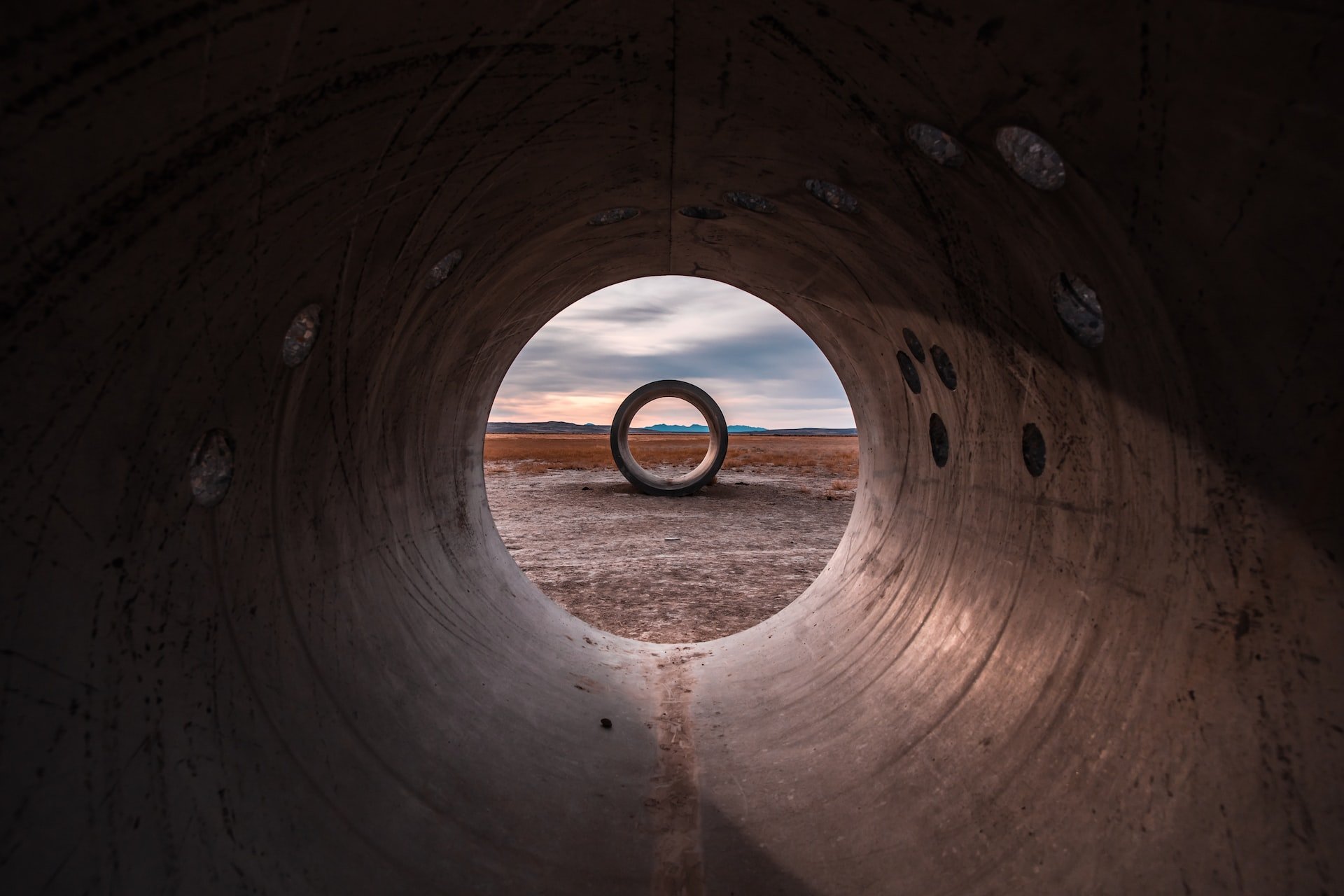 Hope is one of the essential qualities that should permeate the counter-culture movement that Jesus brought into existence. Hope is one of the identifying characteristics the apostle Paul used to measure whether or not church life was spiritually authentic[1] (Eph 1:15-18). The apostle also identifies hope as one of the key elements of faith (Heb 11:1). Speaking about Jesus’s example, Ellen White tells us, “He was the servant of all. It was His meat and drink to bring hope and strength to all with whom He came in contact.” [2]

Hope is defined by The American Heritage Dictionary as “to look forward to with confidence or expectation.” It is the inner conviction that a better day is coming.

Hope is a skill that is developed like any other. It is an attitude that can be deliberately cultivated, a way of viewing and interpreting events that we can choose to adopt. It takes practice and effort, but its promise and impact can be powerful. Hope is developed in partnership with the Spirit: "May the God of hope fill you with all joy and peace as you trust in him, so that you may overflow with hope by the power of the Holy Spirit" (Romans 15:13).

The following are several key texts that talk specifically about hope, both for today and for the life to come.

1.  The centerpiece of our hope is Jesus Christ:

Paul, an apostle of Jesus Christ, by the commandment of God our Savior and the Lord Jesus Christ, our hope. (1 Timothy 1:1-3 NJKV)

2.  We serve a creative God of multiple possibilities and options who can redeem difficult situations and bring value out of hardships.

For I know the plans I have for you, declares the LORD, plans to prosper you and not to harm you, plans to give you hope and a future. (Jeremiah 29:11)

3.  The stories in Scripture are a wonderful source of hope for everyday living:

For whatever things were written before were written for our learning, that we through the patience and comfort of the Scriptures might have hope. (Romans 15:4 NKJV)

As the text indicates, hope for the here and now is nourished and inspired by the stories of men and women in the Bible who found hope amidst a wide range of challenging life circumstances, from Adam and Eve to the Apostle Paul.

We can, of course, also find encouragement in the hope-filled accounts of people outside of Scripture as well.

One of the most amazing stories of hope I have ever read is the account of Louie Zamperini’s suffering during World War II. On May 27, 1943, his B-24 Bomber had to ditch in the Pacific. Out of eleven crew members, only Louie and two others survived. They scrambled into a small inflatable raft with essentially no water or food on board, floating in the middle of 65 million square miles of ocean. They drifted over 2,000 miles during the next 47 harrowing days. Sharks circled constantly. Eventually picked up by the Japanese, Louie, a former Olympic runner, weighed only 65 pounds. He spent the next two-plus years in prisoner-of-war camps, suffering daily starvation and torment. One of the most sadistic guards, nicknamed “The Bird,” singled Louie out for daily beatings and humiliation. Louie was finally liberated in September 1945.

The author of Louie’s biography writes about what sustained his hope during his long, horrendous ordeal:

One day, as he lay in misery [in prison], Louie heard singing. The voices he had heard over the raft had come to him again. He looked around his cell but the singers weren’t there. Only their music was with him. He let it wash over him, finding in it a reason to hope. Eventually the song faded away, but silently, in his mind, Louie sang it over and over to himself. He prayed intensely, ardently, hour after hour. [3]

4.  The Apostle Paul also says we have hope because we have been chosen by God for a purpose:

Although this text points to the future, it also states that God has plans for us individually today. We are “called,” selected, for a purpose. That injects all of life with meaning and meaning engenders hope.

At age 19, Laura Hillenbrand began suffering the symptoms of what was only much later diagnosed as chronic fatigue syndrome. Increasingly ill, her muscles, joints, digestive system, lymph nodes, and other bodily systems began to malfunction badly. Fevers, chills, dizziness, nausea, and pain dominated her life, to the point where she was unable to work. She writes,

For as long as two months at a time, I couldn't get down the stairs. Bathing became nearly impossible. Once a week or so, I sat on the edge of the tub and rubbed a washcloth over myself. The smallest exertion plunged me into a “crash.” First, my legs would weaken and I'd lose the strength to stand. Then I wouldn't be able to sit up. My arms would go next, and I'd be unable to lift them. I couldn't roll over. Soon, I would lose the strength to speak. Only my eyes were capable of movement. At the bottom of each breath, I would wonder if I'd be able to draw the next one. [4]

At one point, when Laura’s symptoms had sufficiently abated, she decided to take up writing. At times she could only write one paragraph a day, but she persisted and managed to get an article published. Hope revived as she felt her life again taking on meaning and purpose. After many months, and with great exertion, she was able to eventually write the story of the phenomenal racehorse Seabiscuit, which became a best-seller. In the following years, she also published the book Unbroken, which tells the story of Louie Zamperini and his incredible example of maintaining hope through the worst of circumstances.

5.  In the book of Romans the Apostle Paul urges believers to:

Make every effort to keep yourselves united in the Spirit, binding yourselves together with peace. For there is one body and one Spirit, just as you have been called to one glorious hope for the future. (Ephesians 4:3-4 NLT)

According to Paul, hope is to be the product of mutual support among believers. He is not asking us to “go it alone” but to help each other hope, because it can, at times, be difficult to sustain.

The authors of the book Finding Hope identify some of the ways that hope can suffer.

Demanding or depressing situations that continue for a long time can fatigue hope. Times of illness or unwanted change are particularly hard on it. Sometimes it’s a grief that goes on and on, or a disappointment, or a heartbreak. A series of trying experiences, one after another, can wear down hope. . . . Our hope can also be damaged. Often the cause is not so much a major event as it is a harsh word or a thoughtless gesture when we’re feeling especially vulnerable. [5]

To sustain hope we have to hang out with “hopers,” people who believe in us and lift our spirits. One particularly effective way to help build others up is to become an “ambassador of hope.” It may involve befriending and mentoring someone or it may be a fleeting encounter. Either way, you can speak hope into people’s lives. In her article “The Best Gift You Can Give Someone,” Paula Owen comments:

Hope is underestimated. If you can give someone hope that is often all they need. Just one person to believe in them is huge. Even if those you meet are not your close friends you have no idea the impact you can make on strangers. Perhaps they have no one in their life. And just your smile, or just your kind words or just an honest conversation is all they need to pull them out of whatever trouble they are in.

Sometimes people can be in such deep distress and difficulty that their hope has faded away entirely. In such desperate situations, one of the most helpful things we can do is to put our own hope on loan, as the following incident from Finding Hope illustrates:

He felt he was at the end of his rope. His career lay shattered. His marriage was ending. He had no money. His future looked dark and bleak. Over coffee at a diner he said to his friend, “I’m afraid I’ve lost my hope.” Paul responded, “Then you can use mine until yours returns.”[6]

Borrowed hope is real. And when the person’s own hope revives, they can lend it out to others themselves.

6.  We look forward to the second coming of Christ as a source of hope.

Looking for the blessed hope and glorious appearing of our great God and Savior Jesus Christ. (Titus 2:12-14 NKJV)

Emily Dickinson’s poem “Hope Is The Thing With Feathers” encapsulates the promise of hope:

I've heard it in the chillest land -
And on the strangest Sea -
Yet - never - in Extremity,
It asked a crumb - of me.

Photo by Patrick Hendry on Unsplash