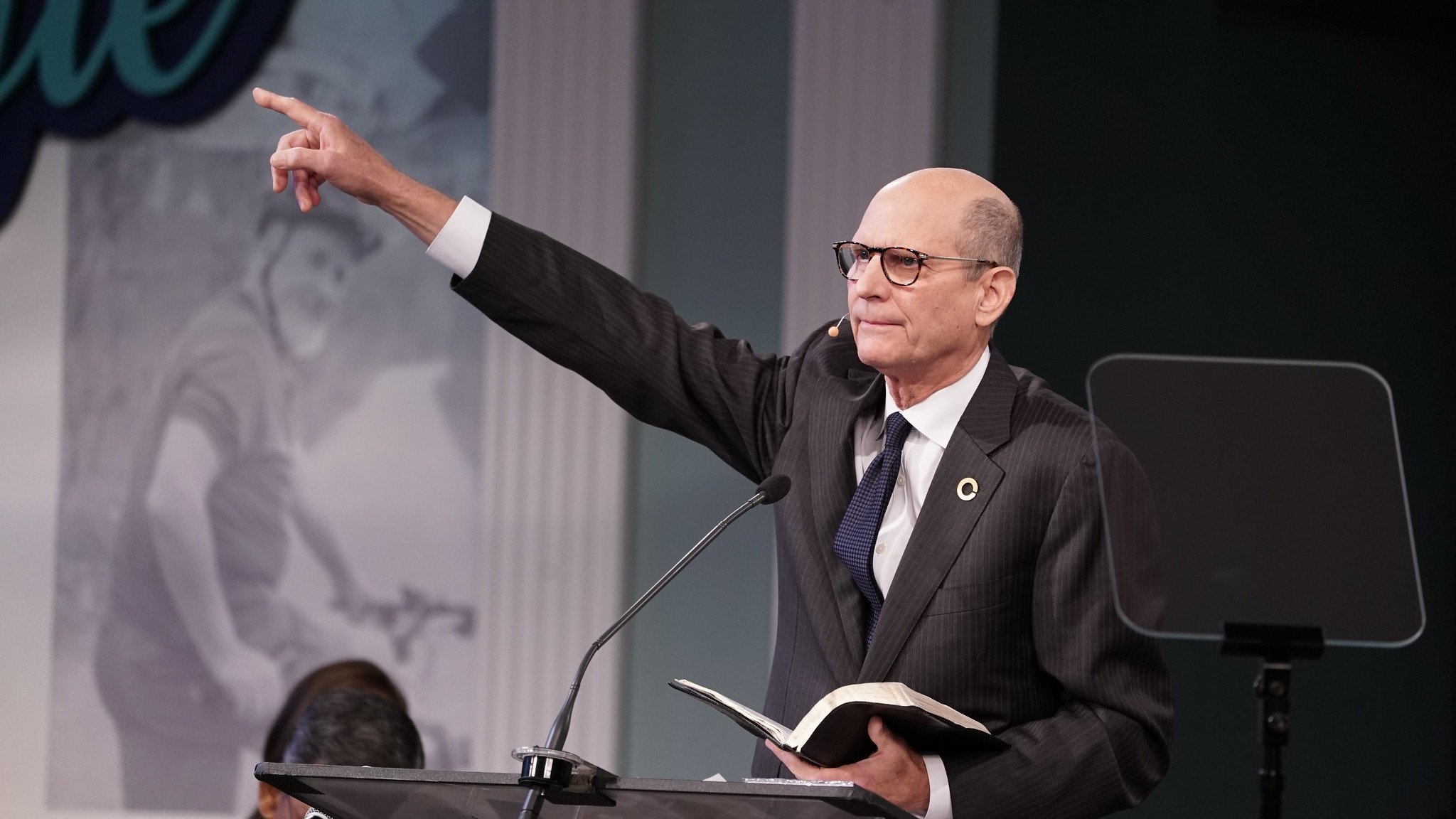 The Wilson family has led our Seventh-day Adventist community in various ways for about 40 years since 1966. Starting then, Neal C. Wilson presided over the North American Division and then served as General Conference president through the 1980s. After a decade in the role, it was during the 1990 GC Session’s nominating committee that a union president stood up and said what needed to be said: “it’s time” for a change.

His son, Ted N. C. Wilson, who served as a world church vice president for a decade, has now been leading the GC for 12 years. Like father, like son, both each spent over 20 years at the top levels of the church, shaping Adventism for generations. Ted Wilson is the fifth longest-serving president in our denomination's 159-year history. If he serves to 2025, he will be the second longest-serving GC president ever.

It’s Not Only Too Long—He’s Doing It Wrong.

For his first decade, Ted Wilson consumed leadership and laity in a series of contentious fights over women’s ordination. Instead of accepting the will of several union constituencies who overwhelmingly voted in favor of women, Wilson pulled a page from his father’s book of mistakes and turned local issues into global fights. More recently, he created concern among some of his own supporters as he manipulated processes like TOSC and Annual Council votes in an attempt to increase his power to exert compliance committee control on unions around the world.

If he is reelected, what’s next? Every member of the nominating committee and the delegates who receive their report should search their hearts. Does the church need more of these fights? Someone needs to stand up and say, “It’s time" for a global leader who respects the local.

Around the world, Adventists are crying out for practical faith, not fights. We want leaders who model what we love in our pastors—care, flexibility, vision, grace. Imagine church meetings in which a new GC president expresses empathy, shares power, cites research, and treats women equally.

We need less than 150 members of the nominating committee to share our trust in God who says, “Behold I will do a new thing” (Isa. 43:19 KJV). Let’s pray for the Holy Spirit to create a sweet spirit of forward-thinking and bravery among the delegates.

Most of Adventism will not know much about the behind-the-scenes discussion of the nominating committee, but we do know what another term for Wilson means.

Ted Wilson's agenda is not really on the GC Session agenda. Instead, he unveiled it during the last Annual Council meeting. That’s traditionally the meeting that drives the session agenda. But for whatever reason, perhaps because it might have not been politically savvy to push it while also up for election, Wilson’s agenda is not front and center right now. But looking back, it’s clear that it exists. He preached all fourteen points of his agenda against “threats” on October 9, 2021. A few days later, he reiterated a condensed version, popularly called Ted’s Top 10.

Responding to this threat agenda back in October, humanitarian Admiral Ncube wrote:

The problem comes when differing views are presented as threats, which inevitably regards those who espouse some of these views as embodiments of the threats themselves. As a people so much on the lookout for enemies lurking under every tree, one hopes that the “threat” language will not create enemies in those who see things differently. Members will always have private views that may contradict the traditional positions, and engagement and conversation are key here.

The careless use or abuse of phrases like “biblical” and “God’s approved method” in the response to these issues is disingenuous, if not propaganda. It is a typical tactic by apologists to stifle debate and present their position as already correct and “God-breathed.” This tactic represents a crisis in itself.

Imagine a leader who understood the whole SWOT (Strengths, Weakness, Opportunities, Threats) analysis, instead of just jumping to the last one all the time. Can we dream of having a president who opens our eyes to the opportunities that exist when we engage our local communities and views educators, women, gospel and praise music, and young questioners not as a threat?

It’s not just about Ted Wilson. It’s also about his executive team. Most of the advisers around him over the last decade have retired. But several just keep showing up for church meetings. Their contributions are stale. The church has always benefited from collective renewal. I just took a walk through the session environs here in St. Louis. There are not fresh ideas. Wilson is just repeating himself now. I found the following banners and it was like taking a trip through the last 12 years of slogans and initiatives. Except these are for the future: Revival and Reformation / Believe His Prophets / 10 Days of Prayer / 40 Days of Prayer / International Bible and Mission Conference / TMI: Total Mission Involvement / The Great Controversy Project 2.0 (are you kidding me?) / Reach the World / Mission to the Cities / I Will Go. It’s clearly time for new programs, new blood, new faces, new ideas.

The Emperor on Reading

Speaking of educators, a few years ago Ted Wilson attended a meeting of Adventist religion scholars that included both the more conservative Adventist Theological Society and the more progressive Adventist Society for Religious Studies. He took written questions preselected and read to him by some representatives.

One question simply asked what he read. He mentioned the Bible and Ellen White. Perhaps aware that most in the hundred-plus audience had published important work on both of those sources of inspiration, the question reader pressed Wilson for more. Wilson stumbled, talking vaguely about being busy and traveling a lot around the world, and mentioned something about catching a bit of news online. A murmur went through the audience. It was a mood change. It was clear that the current leader of the Seventh-day Adventist global family reads less widely or deeply than a first-year theology student.

On the bus ride back, pods of professors turned in seats in stunned conversation. Some gathered in the back. Many voices were loud. It was clear that they had had enough! I listened to major scholars who have probably trained most of the people in this week’s nominating committee. There was concern for the future of the Adventist family. We had just seen the emperor wrapped in text and testimony, full of sound and fury, signifying nothing.

Moses led for 40 years. But it’s clear that God saw the people needed a new leader. It’s time for a new vision in Adventism. With God leading us to a new thing—a Joshua—it will help more of us feel encouraged to get involved as the theme for this session encourages. Might more get involved if we had a leader who put up fewer barriers to being involved?