Ecclesiastical Adventism and Truth-Telling: Can Our Universities Fill the Void? 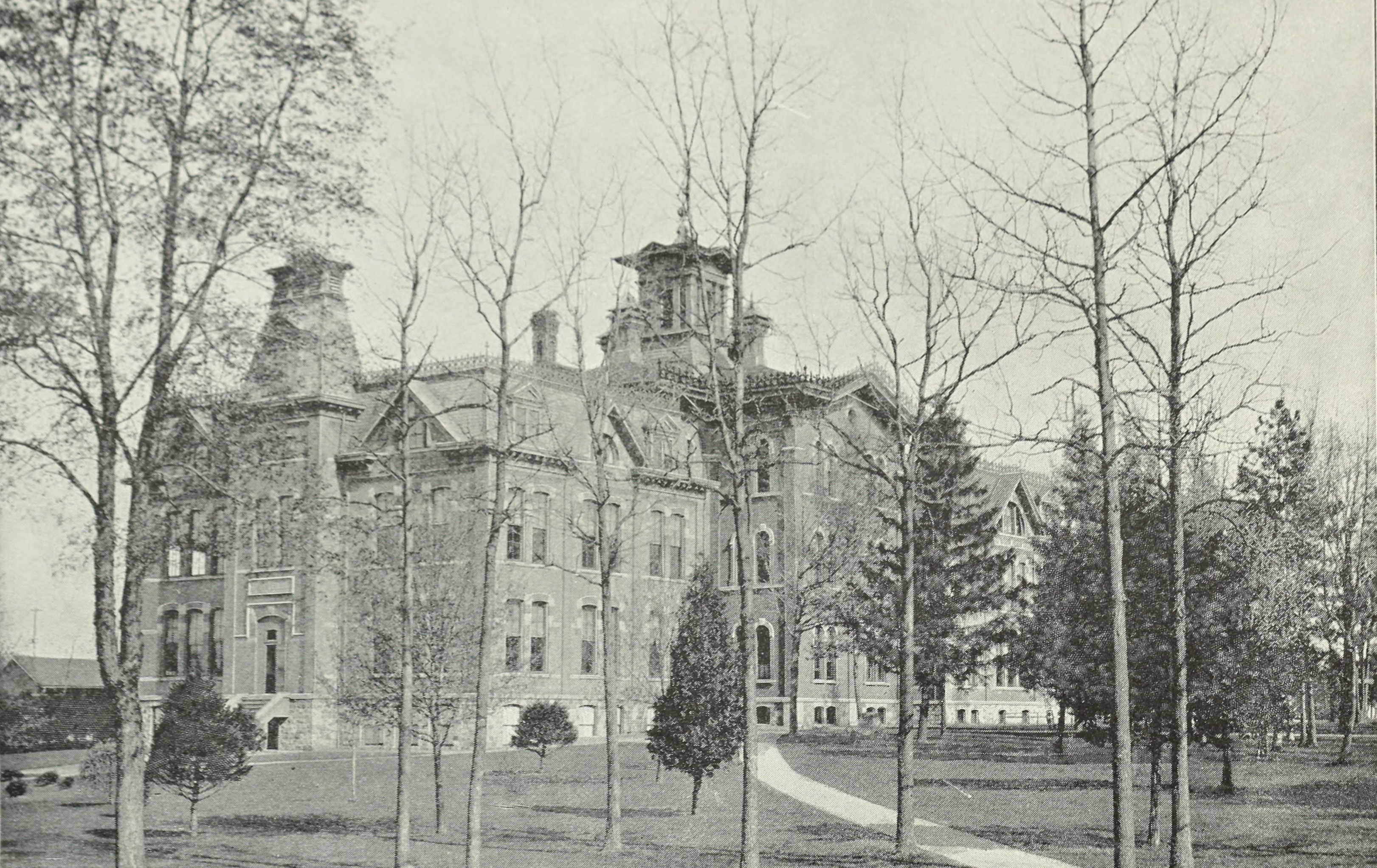 Dr. Niels-Erik Andreasen, former Andrews University president, spent 25 years at the helm of the church’s flagship university in Berrien Springs, Michigan. At a Michiana Adventist Forum meeting held at the school’s Chan Shun Hall on September 24, 2022, he reflected on his 50-year career in Adventist higher education. During the presentation, titled “University-Church-Beliefs: Some Thoughts on a Lifelong Engagement with Adventist Education,” he discussed the church’s early incursion into post-secondary education with the 1874 founding of Battle Creek College.

The mastermind of this undertaking was George Butler, then president of the 11-year-old Seventh-day Adventist Church. He was firmly committed to the establishment of a church-funded and operated higher educational institution. He would pattern his vision after the public higher education of his day. But the establishment of this first college in Battle Creek, Michigan, grew out of Butler’s conviction that the church needed a well-educated membership and workforce for an effective world mission.

From these humble beginnings, Battle Creek College would become Andrews University. Loma Linda University would follow, and together these two preeminent Adventist universities would serve as inspiration for similar church-operated colleges and universities around the world. The Seventh-day Adventist Church is now one of the most education-minded churches in the world, with a well-deserved reputation as a leader in global non-governmental higher education. Besides the Anglican Church, no other Protestant denomination owns and operates as many colleges and universities as does Adventism.

But when Butler, and later Reuben Figuhr, embarked on their higher education journeys, it is doubtful they envisioned these schools would someday “grow up” and stand up to the ecclesiastical leadership of the church. The reason church administrators might not have envisioned an independent existence for these institutions is simple: money. Or the lack of it. From its inception, the church has provided significant funding, without which it would have been difficult, if not impossible, to operate all its higher educational ventures. Beginning with the adoption of a church financing model for funding these young institutions, church leaders at the General Conference (GC) who made the annual appropriations likely viewed the schools as no more than GC appendages. So, from their inception, Battle Creek College/Andrews University and later Loma Linda University were so financially tethered to the GC as to make their very existence one of economic dependency.

Because this was the financing path our founders chose, we often look back with gratitude for the considerable amounts the church has put into our post-secondary institutions. We may even attribute the durability and continuing expansion of Adventist higher education to such support. While this may be true, what we rarely calculate is the opportunity cost for the approach we adopted. Could the church have done something different? Even better? It is not as though church financing is the only option in operating higher educational institutions. Many fine religious schools, such as Andrews University’s close neighbor, the University of Notre Dame, still retain church governance while receiving little to no funding from the Catholic Church. Instead, they rely on government research awards, endowments, foundations, or industry support for most of their operational budget.

None of the church’s universities, with the possible exception of Loma Linda, is a research institution. This could be directly attributable to funding and resource constraints. It costs too much to fund research, and the church’s pocket is not deep enough to go it alone. Endowments are alternative ways of raising capital to run church schools, but our pastor-administrators have not demonstrated any support for this funding arrangement.

I can think of two reasons why church officials are apathetic toward endowments. First, the school might become too financially independent to need the church’s largess. A funding model where such schools were less dependent on church monies could raise questions about their continued loyalty to the denomination’s historical teachings. This scenario can generate a nagging suspicion that sustained church appropriations are insurance for continued loyalty. Second, if our schools pursued endowments aggressively, church officials could worry that this might dilute their overall funding pool. Alumni, often also church members, would more likely direct their philanthropy toward an alma mater if the choice was between church or school. In any event, the GC has continued its appropriations, although perhaps not purely out of altruism.

So Butler and Figuhr’s children are now middle-aged, quietly beginning to show the promise of their upbringing and becoming an alternative force within contemporary Adventist culture. The power structure within the church has always disproportionately funded its pastoral leadership. The faces of this group are executive officers at the local conferences, unions, and—at its highest level—the General Conference. These individuals have always been pastor/priests, and, in Adventism, it also means they are (almost) always men. Until recently, they have wielded a near viselike administrative grip on all levers of church governance. It’s like the Old Testament priesthood class who saw themselves as oracular custodians and conservators of “truths” and traditions handed down from the founders.

Over time, a priestly monopoly on concentrated power has begun to ebb and shift. And the beneficiaries of this waning power is the church’s own sprawling academia on the campuses of its 120 colleges and universities worldwide. Modeled after American liberal arts education, this teaming collection of global Adventist universities is unwittingly embodying characteristics of Old Testament prophets as they evaluate and check dogmatic excesses within Adventism.

This critiquing of the powerful is how it should be. Liberal arts education works when it questions established norms, especially if those norms turn out to be built on shaky grounds. Which is why some denominations, unwilling to expose their beliefs to criticism from within, confine their flirtation with institutional education to just the elementary and secondary levels. There is, therefore, a fascinating irony in the shifting power dynamics. The accelerating ascendancy of the academic class, which is occurring in tandem with diminishing ecclesiastical power, could ultimately be laid at the feet of this pastoral class. In a sense, by establishing a worldwide liberal arts educational empire predicated on inquiry and evidence, the church leadership has inadvertently introduced a quasi-Trojan into its body politic.

In his presentation, Andreasen briefly alluded to the intensifying clash between the church’s beliefs, which do not necessarily require proof, and the empiricism and academic integrity demands at the core of university life. He referenced, among others, three long-held Adventist teachings/understandings: 1) Ellen White, 2) Young Earth Origins and 3) Gender equality. The church’s positions on these have come under increasing scrutiny, significantly because Adventist academics in and out of the church’s own institutions have been at the center of these challenges. Names like Ron Numbers, Walter Rea, and Des Ford, sometimes demonized by official Adventism, have deep roots in the church.

I share Andreasen’s observations and call on our academics to be even more engaged with younger generations about the veracity of our positions, because the knowledge base has significantly broadened from what our pioneers knew. The sense I get from talking with our youth is not only skepticism but also a feeling that our leaders are defending the indefensible. Many leave the church at their earliest opportunity because they cannot reconcile these teachings with their knowledge and experiences. So, let’s consider Andreasen’s three concerns in a bit more detail.

1) Ellen White: The extensive plagiarism issues surrounding White’s writings have damaged her credibility and left tainted fruit even to the greying parishioners who once held her in the highest esteem. When she was alive, church leaders who knew her best could not muster the courage to set the record straight about her literary sourcing. A few years after her death, the brethren convened a conference with the ostensible aim of informing the broader church concerning unflattering aspects of her writings. After six weeks of talk and handwringing, they took no action because “they did not think the church was ready.” Instead, they suppressed their misgivings into boxes, which gathered dust in a church basement for 50 years.

Those days, when church leaders used overprotective control to justify inaction, are over. Much time has been lost and serious harm done to the church’s image because our leaders chose silence over truth-telling. And Ellen White’s writing is too valuable to just throw out with the “bath water.” Yet that’s what church leadership is facing with our youth. They turn a blind eye to problems with her sourcing and try to will it away. We must be candid with the next generation about the extent of her borrowing—whether deliberate or unintentional—or our youth will keep ignoring her voice. At the 1919 Bible Conference, our leaders missed a great opportunity to level with the church about her literary indebtedness. If they had been more courageous about her borrowing, by now she could be appropriately humanized and there would have been no surprises 50 years later.

2) Young Earth Origins: Present leadership seems to be reverting to the same punting tactic on origins. In this age, where knowledge about the universe is readily available at the touch of a tablet, our continued insistence that the universe is a mere 6,000 years old is, to put it candidly, an embarrassment. Bishop Usher could be forgiven because he didn’t have the knowledge advantage we currently possess. But to still rely on his widely discredited chronology that produces a 6,000-year young earth theology puts us in a small group of contemporary “fact deniers.” This is not a place to be, because we have 120 colleges and universities scattered around the world, and we cannot justify a science curriculum that ignores or subverts reality. A wise observer said long ago: “Anyone who knows what is right but fails to do it is guilty of sin” (James 4:17 ISV). We know what is right and should act on it.

3) Gender Equality: The official Adventist position is probably the most anachronistic and saddest of all. In it, our leaders behave as though we still live in Old Testament times, where the only humans of worth are men. Such patriarchal leanings, sometimes veering into male-headship theology, have the strong backing of conservatives who often head the church. And models of the Marys who learn at Jesus’s feet are discouraged in favor of the Marthas who stay in the kitchen.

The 2015 GC Session in San Antonio may go down as the most regressive in church history, with the harm continuing for generations. It is a shadowy portrait of Adventism we should never have hung. When the world church rejected the attempt to integrate women into full gospel ministry like their male counterparts, we turned the clock back, not only for women but also for non-traditional sexuality and, to some extent, the justice issues that derive from this. Those affected most by what we did in San Antonio are the youth, who respond by leaving the church in droves.

Here’s where our higher educational institutions could step in and rescue the church from its self-inflicted wounds. The question is, have our schools sufficiently matured so that they no longer acquiesce to the priestly class? They must own the truth and tell it to our youth, without dissembling.