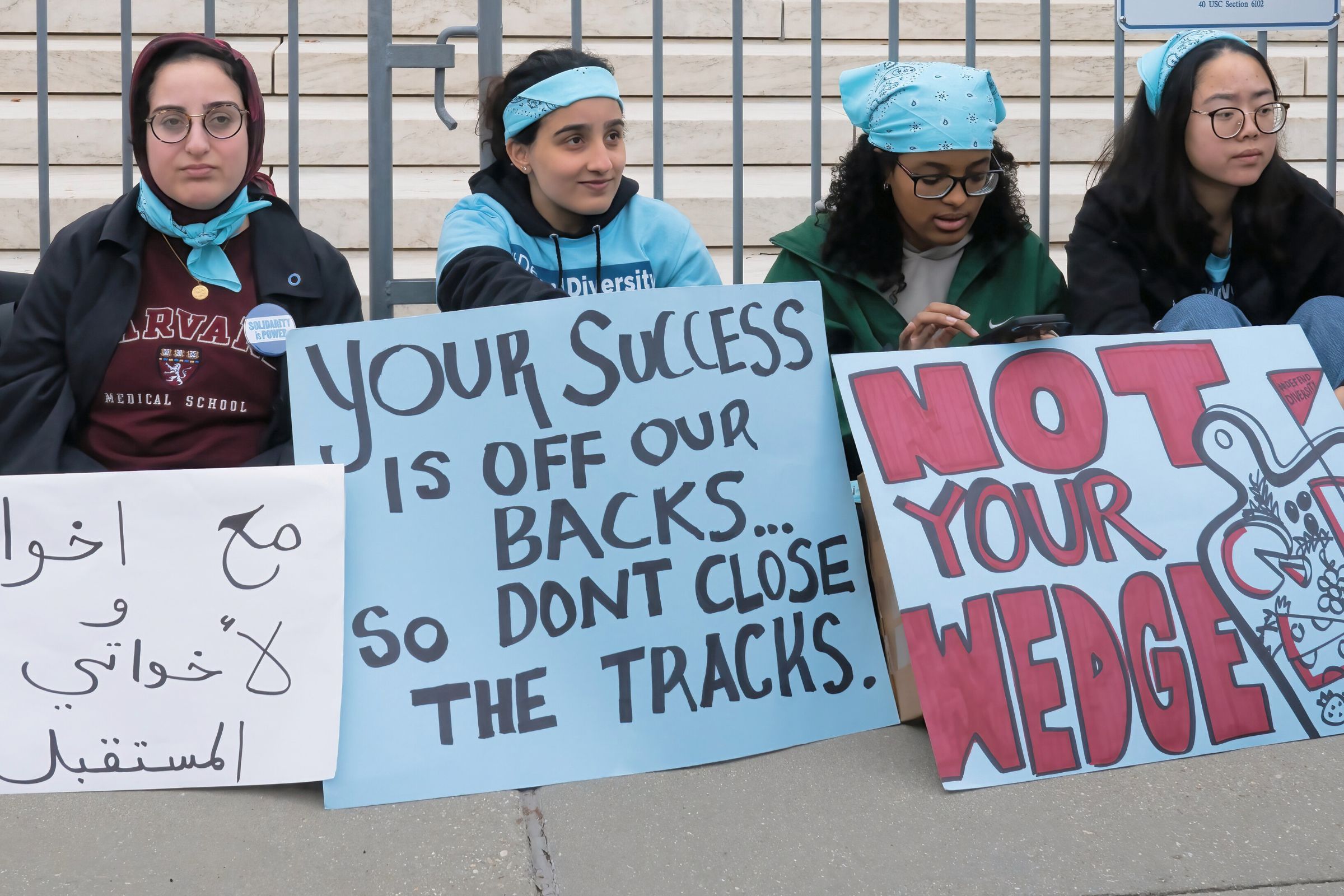 With the United States Supreme Court just recently hearing arguments regarding college affirmative action rules, I was reminded of a sermon I recently preached. As a church, we are studying through the book of Acts to see how the early church functioned in comparison to us today. While the early Christians most certainly did not get everything right, I would argue their reliance on the Holy Spirit and their outward action toward believers and non-believers are two things they did get right, especially early on.

One such episode in Acts 6 shows us how much the followers of the Way truly considered "the other" to be as important as themselves.

In the beginning of Acts 6, we find the church struggling with organization. With the lack of organization comes old habits, which result in the widows of the Hellenistic Jews "being overlooked in the daily distribution"1 (Acts 6:2). This daily distribution was most likely food, clothing, money, basic necessities, etc. (see Acts 4:32–36).

While all were Jews, there were differences that kept them apart. Hellenistic Jews dressed differently, talked differently, appeared differently, and acted differently. One can deduce somewhat of an unwritten class system rule in the unorganized early church that filtered over from Judaism.

When the Hellenistic Jews voice the injustice they are experiencing, the twelve apostles and the church react very differently to the way we would react today: "The Twelve summoned the whole company of the disciples and said, 'It would not be right for us to give up preaching the word of God to wait on tables. Brothers and sisters, select from among you seven men of good reputation, full of the Spirit and wisdom, whom we can appoint to this duty'" (Acts 6:2-3).

While we may have reacted defensively (and we have when a segment of our church population brings an issue of marginalization and/or prejudice up), the early church leaders react by recognizing the marginalized group and hearing them out. The Apostles share the solution but then empower the church to make the solution happen.

I’m sure that after much prayer, the church returned to the Twelve with their solution: "This proposal pleased the whole company. So they chose Stephen, a man full of faith and the Holy Spirit, and Philip, Prochorus, Nicanor, Timon, Parmenas, and Nicolaus, a convert from Antioch. They had them stand before the apostles, who prayed and laid their hands on them” (Acts 6:5–6).

Affirmative action is "the use of policies, legislation, programs, and procedures to improve the educational or employment opportunities of members of certain demographic groups (such as minority groups, women, and older people) as a remedy to the effects of long-standing discrimination against such groups." The early church uses a form of affirmative action within the church as the solution to the issue.

Each man chosen to be a deacon has a name with a Greek origin. Hebraic Jews usually did not name their children with Greek names. However, Hellenistic Jews would. What this most certainly means is that the seven deacons chosen by the early church were all Hellenistic Jews. The church promotes those from the marginalized people to be sure that there would be equity in the distribution of food, etc.

This example from the early church challenges us today to better understand what it means to be a follower of Jesus. Do we completely disregard the experience of someone else because we haven't had the same experience (like so many of us do)? Or do we instead take people at their word and realize that maybe we haven't walked a mile in their shoes? And do we leave the response of the church to those who have not experienced the injustice? Or do we empower the marginalized and trust the Spirit’s leading?

Nick Jones is a husband and father. He currently serves as a pastor in the Oregon Conference.

Title image: Outside the Supreme Court as affirmative action cases are argued inside on October 31, 2022. Photo by Victoria Pickering (CC BY-NC-ND 2.0)