Why Settle for Normalcy?

Why Settle for Normalcy? 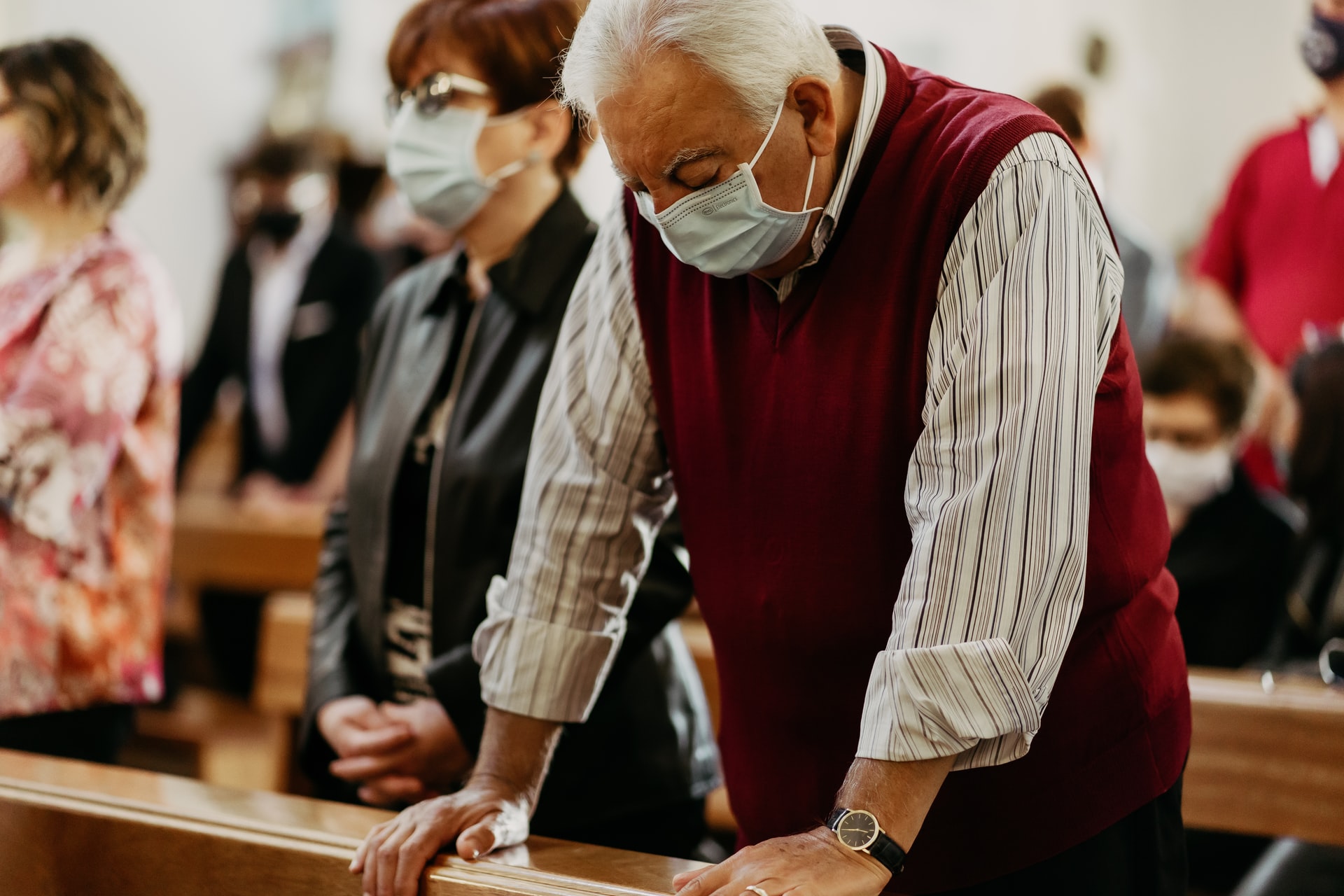 The first prayer that I heard on the first Sabbath of the pandemic was a plea for “normal times.” Last Sabbath someone else on the service via Zoom made this same plaintive plea for normalcy. It made me wonder, what is normalcy? And what does it mean when we tell ourselves that we want to get back to it? “Normal” isn’t coming back. The question many of us are asking is this: “How might the church change to achieve a ‘new’ normal? What is normalcy for the church and for us as individuals?”

When many students of history hear talk of “normalcy,” they think of Warren G. Harding. Harding did not invent normalcy. Not the word, nor the state of being. But he benefited from the appeal of both. The lessons from his presidency show that a quick retreat to the past can be just a mirage.

Elected president in 1920, Harding campaigned to bring peace to a nation buffeted by world war as well as the long and deadly 1918–1919 influenza pandemic. But finding the language for this was a struggle. Harding offered the cure to all the problems the nation was facing: “America's present need is not heroics but healing; not nostrums but normalcy.” What Harding sought 100 years ago has much in common with what many of us say we seek today, and tomorrow, when the pandemic recedes. We want our lives back.

What did all that mean then, and what does it mean now?

Elect me, Harding promised, and he would take America back to a bucolic pre-war, pre-pandemic time, a time of serenity. Mythic though it was, the vision worked. He won, in one of the largest political landslides in American history. But history didn’t end there. Neither Harding nor normalcy would succeed. These failures, considered exactly a century later, hold lessons for those who seek restoration in our time of fear, disease, and death. We want to get away from the volatile and frightening economics of pandemic, to something that feels, well, normal. So did Harding.

“If we put an end to false economics which lure humanity to utter chaos, ours will be the commanding example of world leadership today,” he pledged in that same speech.

Normalcy and restoration, to us as to Warren Harding, mean and meant the return of a status quo of safety. Can’t our terrible vulnerability be ended? The Roaring Twenties might have been fun, but it left those who weren’t white or privileged more vulnerable to the tilt-a-whirl economy of the era. There was no net to catch them, and economic growth had no backstop or safety mechanism. Harding led to Coolidge; Coolidge led to Hoover. It would take the Great Depression and Franklin D. Roosevelt’s anything-but-normal presidency to create the social protections of the New Deal.

As we now contemplate what a return to normal will look like, we need to face whether it will merely shore up old unfairness and maintain a ripped safety net, leaving the sick, the uninsured, the poor, the homeless, the unemployed, and the furloughed to mostly fend for themselves.

It’s striking how well Harding recognized the ways that war and disease had exposed America’s problems with equality. To his credit, he advanced plans for racial equity, but they floundered. And in retrospect it seems obvious that getting back to normalcy for some Americans meant keeping the color line sharply drawn. Similarly, today COVID shows us the inequalities we considered “normal” just a few months ago, and demonstrates how easily we labeled some workers essential and some not — and how those labels are resulting in higher death rates for some.

For Harding, normalcy and restoration also meant a retreat from the world, and from seeking to end war elsewhere, so that we could think of America first. “Let us stop to consider that tranquility at home is more precious than peace abroad,” he said in that same speech. But retreat did not spare us or spare the world, as the 1920s saw forces rise in Europe and Asia that would draw the United States into a Second World War.

The lesson from Harding’s time is that “going back to normal” is not safe; it’s actually dangerous.

The truth is in realizing that many churches and denominations are filled with normal Christians with this prevalent idea that Christianity is merely a cultural — or social — construct that is just “good for them” or “a structured lifestyle.” Some individuals are “Christian” because that is the culture they grew up in or because their parents are Christian in name. Sometimes the Christianity of such individuals is so shallow that they believe that attending church once a week is the means of salvation. On the other side of the pendulum, there are those who are normal in the sense that they see a false Christianity as the true Christianity, that is, they hold to legalism without realizing it. Christianity becomes a means of “self-help,” or “life-improvement,” or a guide for living, but I assure you, that is not Christianity.

Are you normal? At one level, of course, that’s a rather benign question. But we don't have to think about it very long to realize the question has an edge to it. What is normal? What is abnormal? Is anyone “normal”?

The question is especially bothersome in a culture that keeps narrowing the definition of what is “normal.” Advertisers subtly (but not so subtly) communicate an ideal height, an ideal weight, and an ideal body build. And people will go to great lengths to achieve it. An army of orthodontists, dermatologists, and plastic surgeons make it possible to change almost every square inch of our body, to make us fit narrower and narrower definitions of normal.

What light does the Bible shed on all of this? How does God see people? How does He call you to see others?

Psalm 139 sheds clear and wonderful light on all these questions.

Verses 13–18 are the heart of the psalm. David says, God has created your inmost being. The Hebrew word here is literally “kidney,” and it refers to your innermost center, your person, your identity. God knit you together in your mother’s womb. Before you are born, in fact, before you are ever conceived, God knows you, He sees you, all by yourself, individually. He has a destiny, a plan for you, a plan that is always bigger than you. You are unique in God’s eyes. There’s only one of you. There has never been one like you before. And there will never be another you in the future. There are no cookie-cutter human beings, like homes in a Las Vegas subdivision. Every human being is unique. And every individual has value — eternal value, human value.

In verses 17–18, David says, I try to understand just how deeply God knows me and cares about everything, including ME. I try to count your thoughts, God, and I can't do it. They outnumber the grains of sand. I fall asleep trying to fathom this. And when I wake up, you're still right there, and I start all over again. I can't get to the bottom of it.

Does God have written in big capital letters in this imaginary book David refers to “NORMAL” and “ABNORMAL”? No. When God looks over the world, he sees persons. He knows them, each one by name, and values each one individually. God doesn't compare person A with person B. He zeros in on each person and loves that person completely for who he or she is.

I think I first experienced just a little bit of how God sees us and loves us individually (and without comparing us to others or by some external standard) when I was student chaplain at Patton State Hospital many years ago. I was a student chaplain back in the ’70s, in what was then called Building #3, which was long-term geriatric/psychiatric care — a unit that no longer exists.

I still remember walking into Building #3 for the first time. They turned the key to let me in the door and then turned the key behind me after I stepped in. I remember my first glance down that long hallway. Some people were walking back and forth slowly, others were sitting as if they were waiting for something to happen, but not expecting anything to happen. Everything seemed to be in slow motion. Everyone looked the same.

But 12 weeks later, when I walked into Building #3 the last time, I saw Jim and Ed and Ralph and Elizabeth and Tracy, persons, individuals, children of the King, who laugh and cry, who have good days and bad days, friends and enemies, things they look forward to and things they dread — persons, just like I am a person.

Yes, in order for us as Christians to be able to see people the way the God of Psalm 139 sees people, however they rank by worldly ways of categorizing people, Jesus must touch our eyes a second time. And He must touch our hearts.

And then Christians will be wholly different from the world. And the church can be that place (of all places) where all of God’s children are accepted and loved, regardless of how they measure up by some definition of “normal.” A place where we see persons, not categories, where we see through eyes of love and compassion, not measuring sticks of comparison.

Finally, God calls us to see people the way God sees people in Psalm 139, not just for the sake of those who are seen, but for our sake. We become more human, more like God and like Christ, when we see persons, not categories, when we accept people and love people and enjoy people for who they are.

And that is the above normal Christian life. That way of seeing is the norm, the pattern, the way of seeing for those who have been touched a second time, for those Jesus has made new. The above normal Christian life is to see not trees, but people, not labels, but children of the King. It is to see through the external, worldly differences that divide, to that place where we all stand as one — under the knowing, searching, and loving eye of God.

The above normal Christian life is where we finally see clearly that we are all, at the root of it, one — all fighting the same hard battle, all yearning for the same hope, all fleeing the same darkness, all holding fast in the circle of His light.

Why settle for normal? God calls us to be above normal.

Sam Geli, M.Div., is a retired Board-Certified Chaplain, Educator, Ordained Pastor and proud grandfather of an “above normal” granddaughter Vanessa, who is four years old.