Who Is Being Gaslighted? 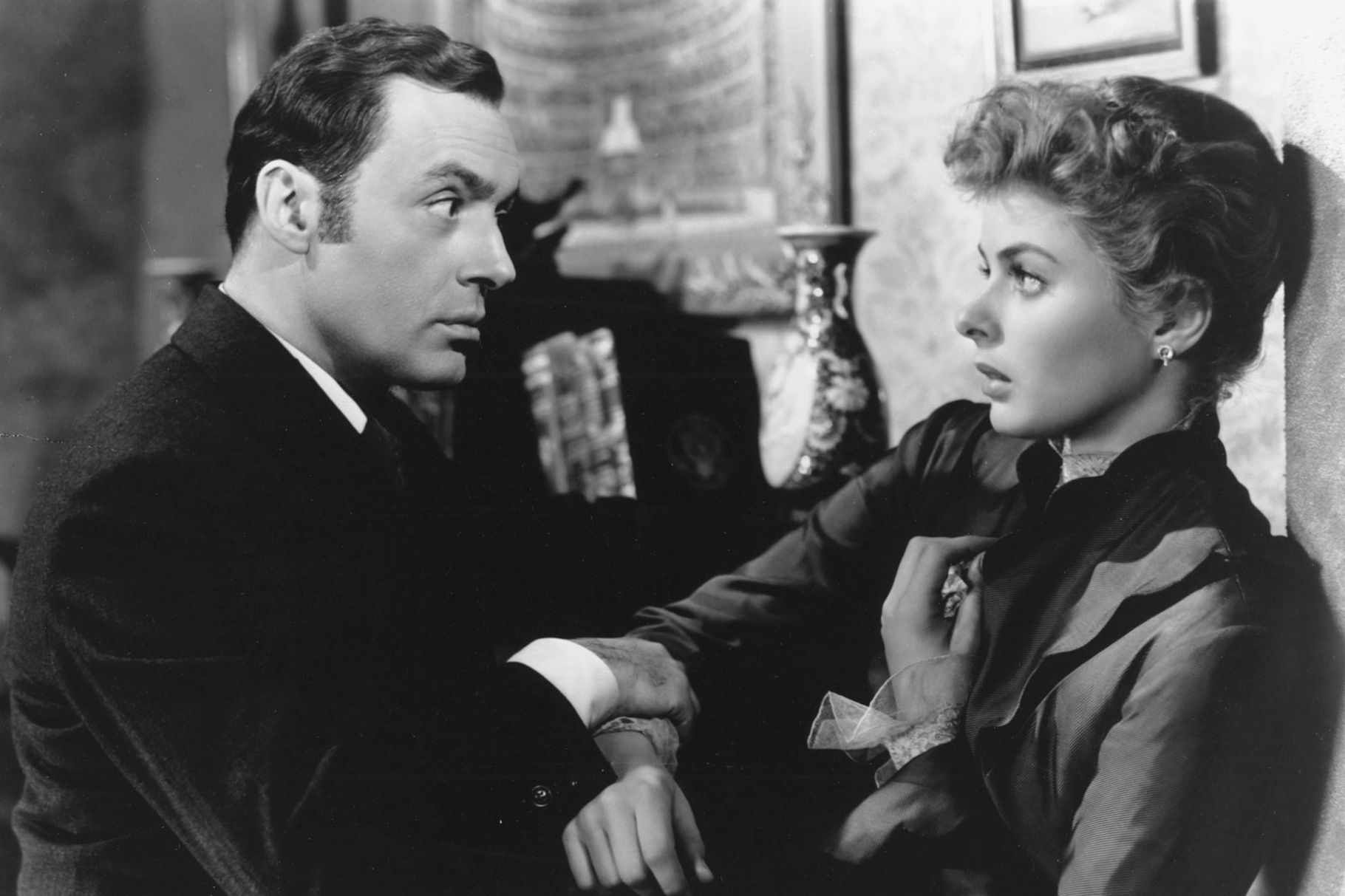 When confronted with the simple truth that the coronavirus pandemic is real and that vaccines save lives, some of my Christian friends are quick to question my spiritual sanity. On Facebook they tell me: “You should preach the gospel and not the vaccines.” Frequently I’ve been asked: “Do you trust in vaccines, or in God?” I’ve been called an idiot, asked to repent, given Bible verses and other quotations meant to open my eyes—all that and more because I have dared encourage people to be vaccinated. Am I being gaslighted?

Just as gaslighting is understood to mean emotional manipulation that leads people to doubt what they know and believe, so in the days of the pandemic spiritual gaslighting is a pious tactic exercised by people determined to control a conversation through meaningless spiritual statements, clichés, and misplaced quotes. It is a manifestation of arrogance informed by ignorance.

Spiritual gaslighting can even be found among popular Christian leaders. The late Tanzanian President John Magufuli (1959-2021), one of the world’s most anti-vaccination leaders, died earlier this year. The official government accounts denied that the coronavirus was the reason for his death. He was a man proud of his faith who gaslighted his nation stating that Tanzania “had eradicated COVID-19 through three days of prayer.”

The Brazilian president Jair Bolsonaro, a Catholic loved by many evangelicals and Pentecostals who disregarded the serious threat of the encroaching pandemic, loved to gaslight his nation too. In the middle of the growing pandemic, while reported to have done nothing to stop it, he said: “We will call for a day of fasting by Brazilians so that Brazil can free itself from this evil as soon as possible.”

Dave Ramsey, an evangelical Christian and radio celebrity who has built a fortune teaching people how to get rid of their financial troubles allegedly did not want his 900 employees to act preventively against the pandemic. He was reported saying that not daring to work in the office because of the coronavirus demonstrated “weakness of spirit” and that “taking preventative measures were against the will of God.” A lawsuit against Dave Ramsey alleges that the employees who wore masks at work were “mocked and derided.”

But the story of spiritual gaslighting extends throughout the faithful. Many Christian anti-vaxxers are now protesting in North America, Australia, and European cities against the “tyranny” of their governments. They believe they are a part of something big, and they want to be “on the right side of history.”

A case in point is the Australian populist Graham Hood, a retired airline pilot and Seventh-day Adventist church member. Each of his Facebook video messages, which by now have become almost a daily occurrence, is viewed, approvingly commented on, liked, and shared hundreds, sometimes thousands of times. His video rants include everything from outrage at the Australian government to conspiracies with a twist of Adventist theology. His heart is set on a sacred mission to avoid vaccination in order to “Make Australia Great Again.”

He has become a hero and a champion to many Australian Adventist and non-Adventist anti-vaxxers alike. At a November march against mandatory vaccination in Sydney, he was treated like a celebrity as he spoke to a large crowd. In his address, he blended his Sabbatarian faith with a call to the protesters to stand up to the government. He compared their antigovernment movement to the boldness of the American noncombatant World War II medic Desmond Doss. “If they want to stick a needle into our children, they will have to come through us first,” he declared in the middle of his speech.

Spiritual gaslighting can be a quite painful experience if you happen to be on the receiving end. It renders you helpless because no argument seems to ever change the views of the one doing it. Only a few days ago one person commented on social media in response to another article I wrote on a similar theme: “I can’t listen to you anymore. Vaccines are destroying our DNA. Are you forgetting that the Bible says that we are the temple of the Holy Spirit and that God will destroy anyone who destroys his temple?” When challenged by another commentator that vaccines do not alter DNA, she responded: “The Bible and the Bible alone is my authority.” Another person, known for her vocal support of conspiracy narratives, declared a moment later, “We Christians should be occupied by far more important themes at this time (than vaccines).” Discussing the pandemic with a spiritual anti-vaxxer is like grabbing fog with one’s bare hands.

However, the most subliminal spiritual gaslighting has come from the faithful middle, pastors included, and individuals who see themselves as the neutral group of “unifiers” and “reconcilers.” They love to say: “Do not let them divide us. Vaccinated or not, we are all one. Let everyone choose whether to be vaccinated or not. What we need is reconciliation.” I have heard it said also recently: “In our church community we are united, and we love each other. No one asks anyone if they are vaccinated or not.”

I am told that in one local church in Serbia, which seems to treasure this kind of unity above safety, a member of the congregation gave a public testimony during a recent church service. “My wife is in bed at home today, sick with COVID-19. But praise the Lord, I’ve managed to come to the church today and am glad to worship with you in person right now.” A few worshipers who took the threat of the pandemic more seriously immediately moved a few pews further away from this brother who, had he been better informed about the potential consequences of his decision, should have stayed at home too.

I know of an instance in the US where church members placed their pastors under pressure to issue exemption letters based on “religious or conscience objections” even though their church leaders had officially declared that there exists no conflict between the faith they professed and vaccination against the coronavirus. When a pastor under pressure asked his superiors to help him handle the crisis, he was told: “Deal with it the best you know how.” They did not want to offend the antivax constituency of his local church.

I have heard of several places where people are begging medical doctors to supply them with fake medical exemptions, or falsified vaccination certificates. An Australian medical doctor, an Adventist, was investigated by police and recently had his medical registration suspended because he had reportedly issued hundreds of fraudulent vaccine exemptions. Most of his clients were said to be Christians too.

Another case is professor of molecular biology Dr. Tomislav Terzin, a Seventh-day Adventist Canadian of Serbian background who is loved by many Christians across Southeast Europe. His video appearances easily pick up thousands of viewings in the first couple of hours of their release. In a recent interview titled “Don’t Let Them Divide Us,” Terzin invited “Christians, Jews, and Muslims” to gather in “defiance and resistance to the prevailing godlessness. Let us be disobedient to this small group of people who want to herd us into their sheep pens.”

In one of his recent YouTube appearances watched by more than 30,000 viewers, he affirmed a recent protest organized mostly by conservative political groups and supported by right-wing Catholic groups who displayed banners featuring the image of the Virgin Mary—seemingly suggesting that the protest had her endorsement too. Dr. Terzin expressed hope that other cities and countries in Europe and the world would follow in the footsteps of the Croatian protesters. He spoke approvingly of other protests at which people were seen publicly destroying what appeared to be certificates in an “act of solidarity and unity with people who do not want to be vaccinated.” He also compared the restrictions aimed at controlling the coronavirus pandemic across Europe to the fascist persecution of the Jews in World War II.

All this is dividing Catholic, Orthodox, Baptist, Pentecostal, and evangelical communities, with the potential to cause permanent damage to some of them. Wherever it sets its roots it comes in the company of endless supplies of conspiracy theories, twisted unorthodox theological variations, and eschatological misinterpretations, and with expressed political allegiances to the far-right. In the US, for example, many white evangelicals are driven by the Republican Party urge to oppose everything that is supported and called for by Democrats. They are against vaccinations just because Democratic leaders are calling for people to be fully vaccinated.

At this time the John Hopkins Coronavirus Resource Center is reporting over 5.3 million deaths caused by the coronavirus worldwide. How many more deaths are required for us to recognize that the calls to responsible living during a global pandemic are not calls to disunity but to sanity? Instead, those who are piously gaslighting, who are misquoting the Bible, who are misappropriating their favorite quotes and encouraging public defiance, are the factual creators of division and often accomplices in creating the worst outcomes.

The chief mastermind of spiritual gaslighting, who knew how to twist Bible statements beyond recognition, was Satan himself. At the time of Jesus’ greatest physical exhaustion, he came cunningly to Jesus with a question: “If you are the Son of God throw yourself down. For it is written: ‘He will command his angels concerning you, and they will lift you up in their hands, so that you will not strike your foot against a stone’ ” (Matthew 4:5. NIV).

Two or three months ago, I thought we were talking about a tiny vocal but aggressive minority. Now I believe that some church communities have been almost entirely taken over by the sway of fanaticism, driven by anti-vaccination conspiracies, twisted eschatological narratives, and right-wing political ideologies. The ambiguous official church statements that seem to aim at not offending anyone only complicate the matter further. Those that speak with clarity, like the recent official video message released by the Adventist leadership in Germany, are met by a multitude of scornful comments, even warnings that such clear invitation to vaccination may cause a denominational split. I sincerely fear for the survival of some religious communities beyond the pandemic. What will be left of them when the dust of anti-vax insanity settles?

Moreover, their denials of facts are becoming even more cynical when wrapped in holy gaslighting. Robert K. Vischer, professor of law at the University of St. Thomas Law School in Minneapolis, warned recently: “When the world sees Christians as gullible, naive, and unwilling to do the hard work of critically evaluating information, we lose credibility on everything—including our assertions about the historical veracity of the gospel.”

The facts of the pandemic cannot be altered or spiritualized away. They do not have two sides that need to be reconciled. The facts proven by the millions of people vaccinated so far declare that vaccines actually save lives. The tragedy of it all is that when large groups of Christians spread deceitful information they are contributing to the unnecessary prolongation of crises—scientific and spiritual. In the words of a friend, this pandemic has exposed the theological and ideological garbage that often lies hidden below the surface.

Tihomir Kukolja has lived and worked in Yugoslavia, Croatia, the United Kingdom, Australia, and the US. Educated in theology, communications, and radio journalism, he has worked as a church pastor, media professional, radio producer and presenter, journalist, religious liberty activist, and reconciliation and leadership development activist.

Image: still from the 1944 film Gaslight.