Toward An Adventist Theology Of Health – XII - The Theological Shift 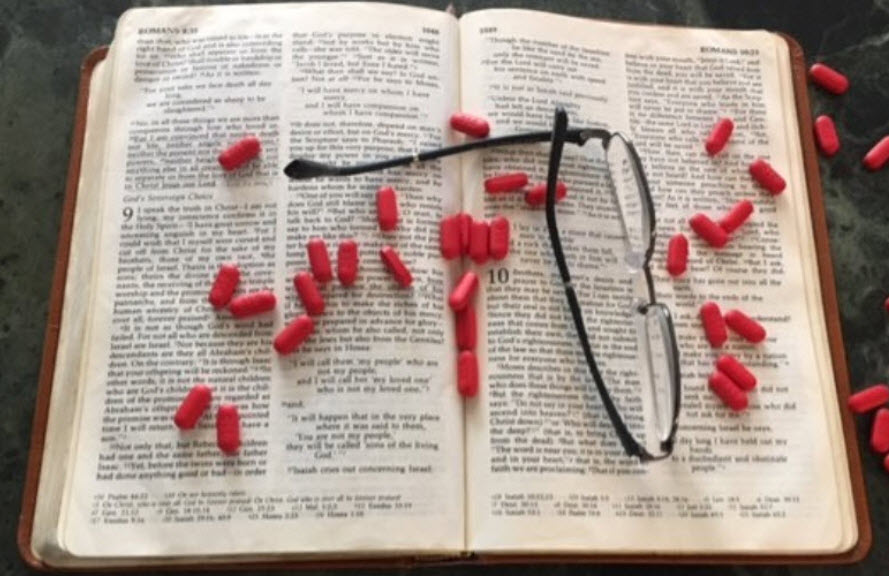 As Roy Porter reminds us in his book "Flesh in the Age of Reason,"[1] the success of modern medicine lies in the fact that it has made the body predictable. Therefore, at the base, there is a strong process of bodily objectification. This has, on the one hand, has taken away its mystery and, on the other hand, made it governable through the introduction of refined mechanisms of measurement, experimentation and control of vital processes. The resulting paradox is a body that is hyper-performing but remains dominated. Or to put it differently, we have a body that, in order to hide the fact that it is controlled, presents itself as aesthetically beautiful and medically fit.

Yet it could not be otherwise. As Martin Heidegger reminds us, the essence not only of technology and science, but also Western culture[2] as a whole, is the objectification and control of Being. That results in the manipulation of reality, of a reality that has become and is thought of as governable. It would have been difficult, in such a cultural context (which is rooted in modern anthropocentrism), for medicine to escape from this strong and transversal tendency. In fact, the same process of objectification has affected all scientific and humanistic disciplines. This is the case, for example, with psychology, which Wilhelm Wundt, the father of modern psychology, says shifted its center from the ethereal soul – non-experimentable by definition – to predictable, reproducible and measurable behavior. But this is also the case for natural sciences that know and study nature as never before, but are forced to objectify it in order to make it measurable, and thus the object of scientific prediction and calculation.

The inescapable theological question at this point is: has theology been able to resist this objectifying drive? And the even more specific question concerning the body is: has modern theology been able to build an alternative vision of the body and health? For both the first and second question the answer is unfortunately negative. Even theology has incorporated a strong objectifying tendency as a whole, yet failed to construct an alternative theology of the body.[3]

Adventism has also unfortunately been overwhelmed by this same objectifying view of the body. Adventism's merit, if anything, lies in the fact that it has dealt with the body while other theological and religious projects have simply ignored it. But does the fact that Adventism has dealt with the body mean that it has been able to offer an alternative view of the body? Unfortunately, no. And this can be seen in the two traits that distinguish the Adventist view of the body and health: holism and voluntarism. Adventist holism, which is the view that considers it essential to pay attention and care not only to the spiritual dimension, but to all levels of human existence, paradoxically is a narrow holism that does not really broaden the understanding of health as a total fact. Adventist holism is an anthropological and anthropocentric holism, not an ecological holism. And as such it remains heavily dependent on the objectivist reductivism that characterizes modern medicine.

The same can be said of the second trait that characterizes the Adventist view of health: health voluntarism. Adventist voluntarism positively embodies the refusal to regard illness as fate and appeals to the responsibility of individuals to construct their own personal destiny. But it is precisely here that the objectifying vocation of modern medicine has found its best ally. If to this sense of responsible control of one's own body Adventism had added an equal sense of the mystery and uncontrollability of the body, then health voluntarism – a legitimate and necessary element – would not have been distorted and absolutized.

Adventism, while introducing new registers and categories, has not been able to offer an alternative or corrective vision of the unilateralism of modern medicine. It has simply translated into religious and biblical language the strong objectifying tendency of modern culture and medicine, giving it a theological endorsement. Body and health are, in Adventism, only objects of discipline and control. Thus they lose their mystery, heterogeneity, enchantment and structural opacity and ambivalence. The Adventist view certainly fights the dualism that despises the body, but by defending a compact anthropocentric holism it ends up sacrificing it to the register of functionality and efficiency.

Whether the control and disciplining of the body takes place today through morality and religion or through work, production or medicine, the fundamental fact remains the same. Today's bodies are subjected to unsustainable rhythms of functioning. The effects of doing medicine this way produce fatigue, apathy and depression on the one hand, and stress, activism and compulsiveness of bodies on the other. Today's bodies seem drugged, over-stimulated, exploited by the accelerated rhythms of our system of life that they cannot skip or avoid. What saves them sinks them. This compulsive hyper-activism gives bodies a meaning and sense of productivity and movement, but at the same time it wears them down even more. Thus addiction mechanisms are triggered in a transversal way. Soft and hard, psychological and chemical, continuous or sporadic, legal or illegal addictions have become structural in our societies and imprison bodies until they are totally worn out. This is what the German Korean analyst Byung Chul Han describes as a "burnout society."[4] They are societies that have lost a friendly relationship with the body and a beneficial sense of a vital eroticism that comes from a healthy relationship with one's own body, with others and with life.

This objectifying tendency of medicine has been criticized for some time now. Ivan Illich[5] does so when he describes how medicine, paradoxically, is no longer a dispenser but an expropriator of health. Peter Conrad[6] does so when he describes the unstoppable process of medicalization of contemporary societies. Byron Good[7] does the same when he introduces the necessary differentiation between an objective dimension of medical impairment (disease), which is predominant today, with a subjective dimension (Illness) and a social dimension (sickness) which are both generally overlooked.

Umberto Galimberti describes how non-Western peoples have better understood the status and nature of the body, and therefore of health. A distinctive feature of the body is its ambivalence, which is given not only by the coexistence in tension of various drives, but also by the intentionality of the body. It is not a question of restoring a transcendence to the body, investing the body with an external value that comes from outside, but rather taking note of the body's own movement from within: knowing it, listening to it and orienting it. Plato and ancient philosophy denigrated the body through the overvaluation of the non-corporeal soul as the seat of immutable ideas. But the greatest anomaly introduced by Plato is not the dualism that denigrates the body but the uniformism that takes away its ambivalence through the rational univocity of the soul. Modern medicine is not dualistic, but through its naturalistic monism it has reinforced even more this uniformism of the soul by massively extending it to the study of the body.

It is difficult for theology to find biblical images and categories that break with this objectifying scheme of the body. This is shown by the fact that some texts are read upside down from what they intend to say.

It happens for instance with the text of I Corinthians 6:19, where the body is presented as one that cannot be controlled because it is the temple of the Holy Spirit. But it is read in precisely the opposite sense. The current reading understands this passage as one about controlling the body. As born in Christ we are to exercise full control over the body to match our new calling. However, as this control is not always possible, then we can turn to the Spirit of God to control what seems uncontrollable to us. The Holy Spirit thus acts as God's policeman because He achieves that control of the body which is impossible for us. In reality this text says the opposite. It is the presence of the Holy Spirit that makes that body mysterious and therefore uncontrollable. So this is not a passage about the control of the body, but rather a passage about the mystery of the body, given by the presence of the Holy Spirit.

The welcome and necessary Theological Shift starts then by reading the Bible differently. Not as justification of today’s anthropocentric and objectifying trends, but as a source of new categories, motives, metaphors, narratives and images. This would provide better answers to the challenges imposed by today’s new human, multicultural and ecological situation.

[6] Peter Conrad, The Medicalization of Society. On the Transformation of Human Conditions into Treatable Disorders, (Baltimore: Johns Hopkins University Press, 2007).