Toward An Adventist Theology Of Health - XI - The Philosophical Shift

Toward An Adventist Theology Of Health - XI - The Philosophical Shift 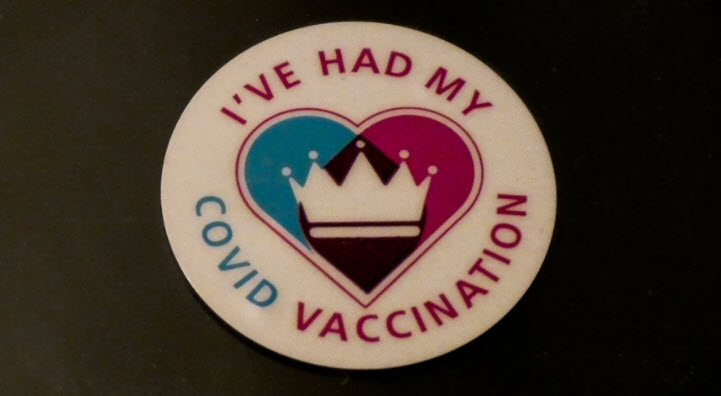 Modern Medicine was paradoxically born as a medicine of order and control. The scientific and humanist revolution of the 16th and 17th centuries aimed to introduce an order that, until then, was at best only partial.  Reliable scientific methods for deciphering, understanding and therefore of controlling human social and biological processes, were still not in our possession. This aim contrasts with the spirit of freedom that is usually attributed to modernity. The excessive, unjustified and despotic medieval control exercised, above all by the church upon individuals, had been overthrown by modernity. This inaugurated, for the first time, a true age of freedom and liberation. Liberation from prejudices, ignorance and the institutions that until then had been the trustees of a pre-established social order and stability.

Without detracting from this reading of modernity as a true place of freedom and liberation, some authors (e.g. Toulmin, Foucault, Taylor, Adorno, Horkheimer, Fromm) have criticized its one-sidedness and instead emphasized the ambivalence of the modern project. We still don't adequately understand what really happened with the evolution to modernity, including the shift in medicine. Some things are clear, but others escape us completely because modernity is still in progress and the so-called post-modernity would be only a second act (second modernity, hypermodernity/A. Giddens, A. Touraine, U. Beck). We who live inside this world lack the perspective and historical detachment that would allow us to understand and describe it better. But the component relevant to this essay, which is important in understanding the pandemic that afflicts us, is the relationship of modern medicine with control. This ambivalent relationship with control is at the core of the incredible progress of today’s medicine.

Modern medicine was born as a liberating event, based on new knowledge of the body and of biological processes that formerly were unknown or, at best, only imagined. This new knowledge was based on direct observation and controlled experimentation. It made possible the introduction of evidence-based therapies, with unsuspected and surprising results. And culminated in the liberation from diseases, rooted in antiquity, that had deeply impacted human well-being. But at the same time this liberating medicine introduced a strong controlling dimension, whose collateral effects were not visible at the beginning, but which in our day sometimes outweighs the benefits and has become constantly and extensively visible.

For this reason it is helpful to briefly revisit the philosophical matrix in which modern medicine was born. Beginning with Descartes. Up until his time the body was viewed as a kind of irreducible mystery, due to its multiple aspects that pre-modern religion and medicine couldn't fully analyze and explain. They tried to at least make the distinction between superstition (unjustified mystery) and transcendence (justified mystery). Descartes and others started a trend that went in the opposite direction. They tried to explain nature and humanity in more autonomous terms. This wasn’t a bad move culturally because one of the negative effects of the medieval cosmocentric world-view was that it excessively bound humanity to other-world realities. And even though thinkers like Descartes still maintained God as necessary, somewhere and somehow, those who came afterwards simply presupposed the existence of one reality – the historical and the material. But the final result was not only to forget the heavenly reality but it also defined historical and human reality differently – in mechanical terms. Nature and human reality started to be explained without any transcendence. And this removal of transcendence (a loss) was defended as a gain (more precision).  But the loss of one dimension can't be compensated with the radicalization of the remaining one. This double cultural move, the loss of an “external-Transcendence” and that of an “internal-Transcendence,” were significantly facilitated by Descartes. He divided human reality in two components that he called “substances” to radically underline their detachment and autonomy: “res cogitans” and  “res extensa.” We know the privilege he accorded to the “res cogitans” but we often overlook the new status he gave to the other substance. The “res extensa” (matter), defined this way by Descartes, was implicitly robbed of the transcendence it possessed until then and became purely reduced to one of its components: measurement. Reducing matter to measurement gave precision and efficiency to human processes and also to modern medicine. But meanwhile the “Body,” following this first Cartesian postulate, started to be viewed just as “disenchanted” flesh (“res extensa”).

With Descartes there emerges a new medical paradigm, that of the body-machine. This is what philosopher Keekok Lee calls the “philosophical Volte-face” which marks, from Descartes onward, the passage from an enchanted view of the body as “organism” to a disenchanted view of the body as “machine.” And this medical reductionism still accompanies today’s medicine in always more refined forms. And the paradox of today’s medicine resides precisely in this ambivalence which on one side guarantees an enormous success in quantitative terms we can’t ignore, and even less give up, but on the other side we are compelled to also admit it causes poor scores in qualitative terms. This is what Jacob Stegenga, from Cambridge University, calls the structural “Medical Nihilism” of contemporary Medicine, which is difficult to get rid of because it lies at the core of our medical success. But the heavy influence of Descartes’ reductive philosophical paradigm is not limited to his concept of “body-machine.” It includes a strong anthropocentric component that inhibits us from exploring an ecological and relational understanding of body and health that is urgently needed today. His “medical reductionism,” which prolongs itself in an “ecological reductionism,” strongly limits and conditions today’s medicine and its capacity to open up new medical horizons. Descartes’ new, efficient world is based on a euphoric anthropology that overvalues the subject. It "orders" reality with its omnipotent reason while on the other hand employs a reductive cosmology that undervalues nature because it reduces it to one of its dimensions and in doing so "disenchants" it. In Descartes the ordering of nature expresses the measure of its disenchantment.

“Medical Reductionism” and “Ecological Reductionism” are not the stumbles, dysfunctions or cultural mistakes that have overtaken a healthy and virtuous medical system. These anomalies have been present since the very beginning. Consequently a change of paradigm is hard to achieve. In fact, Michel de Montaigne, already in 1580, wrote that Europe is emerging as a new dynamic culture, yes, under the sign of a new rationality and efficiency, but at the same time with two basic structural anomalies. In the apology of Raymond Sebond[1] he mentions on the one hand a Europe that detaches itself from other people – which it contemptuously calls uncivilized and primitive – and on the other hand detaches itself from nature. That is, from other species in order to manipulate them and, by manipulating them, create wealth and progress. The visionary Montaigne doesn’t see only the emergence and correlation of these two new phenomena, "racism" and "speciesism" (anti-ecologism), but he is also able to perceive, at this early stage, Europe’s own seed of perversion and self-destruction.

We see the paradox of this compulsive culture of control precisely in this pandemic. All the social, medical, cultural and political strategies for containing the pandemic have been limited and purely palliative. And have only been partially effective. We thought we would be able to solve this problem in 2-3 months. The first wave has been followed by a terrible second wave and unfortunately there are worrying signs of a third wave arriving. Germany has launched a new lockdown until April 18 and the same draconian measures have been announced by France. The only things that appear decisive and resolutive are the Anti-covid vaccines.

But what is a vaccine, actually? It is precisely the very prototype of a radical controlling strategy. It is control raised to the nth degree because vaccines, the magic instrument of modern times, aspire to artificially control the spread of some threatening diseases. And they have been successfully applied in the past, but always by age categories, sample population and sequentially. Never as a massive synchronic strategy for a whole population and territory. We have today, for the first time the U.S.A., an artificial miracle. In less than 6 months 330 million are now essentially immune to Covid-19. In 100 days, the USA has vaccinated 200 million Americans. It is the perfect control of a territory, of a population, of a virus. Yet this control has feet of clay. Unfortunately, we know that, although the vaccine is extraordinary, it is a fragile controlling measure.  Some slight mutation to the virus could make these vaccines no longer valid.

Medicine these days doesn’t need an esthetical, operative and organizational make-over, but a complete refoundation. This philosophical shift should integrate new perspectives that impose themselves as necessary in order to better define and understand what today are disease, therapy, health, diagnosis and prognosis. Three new perspectives for consideration are:

First, Ecology. As philosophers Catherine Keller and Bruno Latour have tried to show, this pandemic is not a natural but a mixed event, heavily conditioned by our careless, persistent and incorrigible anthropocentrism. While understandably worried about the “medical crisis” this pandemic has unleashed, we are forgetting that this is also a chronic ecological crisis.

Second, this pandemic is showing us that all humans are deeply united. We hardly thought, before the pandemic, that we are mutually dependent in this way. Unfortunately, some countries or sectors within the same countries are paying the heaviest price. For instance, in the USA African Americans represent a third of all deaths from Covid-19, even though they represent only 13 % of the national population.

Third, the Body still remains a too-much-forgotten philosophical topos (traditional or conventional theme), even in a pandemic like this. The body is not only an application field of philosophical and medical reflection. It is, as Umberto Galimberti reminds us (The Body, Milan 2005), a primordial philosophical and medical topos, particularly today. And the important point in a philosophy of the body is that it’s not necessarily its “concreteness” but rather its “ambivalence.” This, the pandemic reminds us daily.