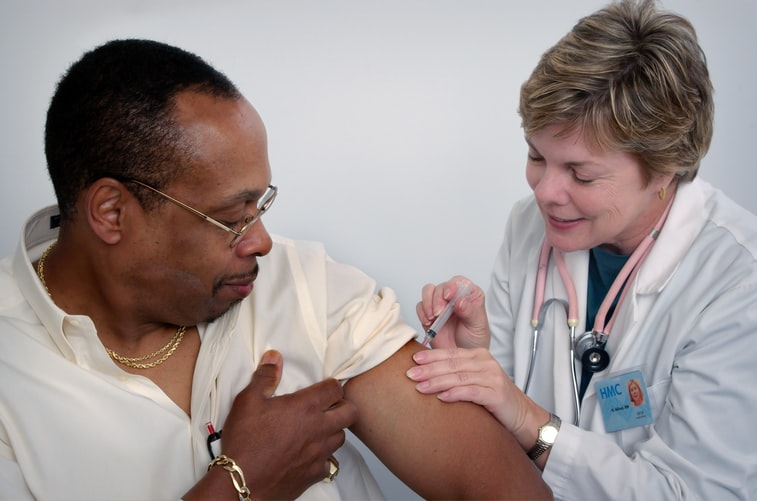 In this column I will return to a subject I first discussed in a series of columns beginning in 2015. In those previous articles I tried to articulate an Adventist Theology of Health that takes into account not only the internal theological vision of our community but also the external socio-cultural context in which we are called to articulate our message on health. The internal vision and the external context are both dynamic realities. They require not only application, loyalty and coherence, but also a high level of cultural awareness, flexibility, self-criticism, creativity and the capacity of re-orienting the whole system in question. This is what I will label: the need of a medical-cultural “Metanoia”.[1]

In the first article “On Food” (November 2015), I discussed the fact that Food doesn’t refer uniquely to “what” we eat but also to “how” we eat, taking into serious account the social and symbolic dimensions that Food necessarily implies, and that we tend to overlook. In other words, one who “eats well” is not necessarily just someone who eats healthy, but also a person who eats “humanely.” This is what Claude Fischler describes as the anomalous structural stand of our contemporary societies concerning food, present also in those who eat healthy. He names this: “Gastro-anomie”[2] in reference to the term Emile Durkheim uses to describe a social dysfunctionality.

In the second article “On Body” (December 2015), I tried to call awareness to the fact that the present era – which sees an unprecedented interest in care of the body – curiously coincides with the time in which the body is understood as a machine, and thus is structurally diminished and undermined. This mechanical understanding of the body has been present since the very beginning in modern medicine, as is evident in Descartes’ “Res Extensa” or in the French philosopher and physician La Mettrie’s well known book “Man a Machine.”[3] But this disenchanted conception of the body, per Jeffrey P. Bishop, still persists and has even been refined in our more dynamic and efficient contemporary medicine, which continues to presuppose what he calls “The anticipatory Corpse.”[4]

In the third article “On Disease” (January 2016), I tried to make evident an intrinsic paradox of modern medicine. The fundamental focus of modern medicine is, without doubt, precision. And specificity is the genesis, development and final profile of all description of disease. One of the undiscussed peaks of this diagnostic accuracy was reached when Linus Pauling described “Sickle Cell Anemia”[5] at its molecular level in the 1950’s. But peaks like this paradoxically coincide with a narrowing perspective that medicine itself, at other levels, tries unsuccessfully to overcome, as Byron Good has described, introducing a differentiated understanding of corporal unease in: Disease, Illness and Sickness.[6]

In the fourth article “On Therapy” (February 2016), I made the point of noticing that the reductionist character of modern medicine is also visible in the understanding of therapy as “fixing” and “repairing” the body and health. This mechanistic view needs to be superseded by a larger and more inclusive strategy of building up the therapeutic process. Forward steps have been made by some approaches like: Psychosomatic Medicine, Psychoneuroimmunology, Complementary Medicine, Integrative Medicine and Alternative or Holistic medicine. All these methodologies, pointing toward overcoming medical unilateralism and reductionism, tend nevertheless to substantially maintain a mechanistic view of health and body. So they end up creating a new polarization. As Jacob Stegenga proposes in his book on a new “philosophy of medicine,”[7] we need to overcome this polarization in all the founding medical paradigms.

In the fifth article “On Pain” (September 2016), I underlined the emergence of an additional paradox that sees the unprecedented control of one of the most feared characteristics of disease and corporal dysfunction – pain. However, due to the impressive technical and pharmacological developments in controlling it, life is often extended beyond former limits by virtue of what’s called “therapeutic obstinacy.” This approach doesn’t cancel pain but rather transforms it from “Physical Pain” into a chronic “Psychological Pain.” It’s what Alain Ehrenberg calls the enormous and structural increase in our societies of the “Weariness of the Self.”[8]

In the sixth article “On Death” (October 2016), I considered the ambivalent character that death has assumed in our societies. Due to the impressive increase of the average life expectancy, death has been postponed to the point that our society seems to have expelled Death from its daily routine and rhythm. But, at the same time, it’s a society that continually flirts with death. We see this, for instance, in the persistent phenomenon of substance abuse. Or, in a more extreme way, with the anticipation of death as happens in “medically assisted suicide” or “Euthanasia.” Philippe Ariès’ classical analysis of Death has shown this ambivalent character of death in our contemporary societies.[9]

In the seventh article “An Ecological Lifestyle” (November 2016), I started to delineate some strategies to build up a new perspective on health and body. Without neglecting past medical and cultural contributions, new proposals should not be updated versions of the old ones. Questions and challenges today are unique, thus we need to articulate innovative approaches. And the first one might be what is called the “Ecological Shift” in health. It means that the typical rational, individualistic, objectivistic and anthropocentric view that circumscribes health to the individual body must give way to a necessary ecological view that considers health as a relational experience. That is, one in which I can’t be and feel healthy if the ecosystem is in crisis. It’s what Andreas Weber calls “Enlivenment,” as the urgent need to create a new eco-cultural system of life in relationship.[10]

In the eighth article “The Epidemiological Shift” (December 2016), I underlined the revolutionary contribution of epidemiology to the understanding of health. This contribution can be summed up in three points. First, against a still predominant “monogenic” conception of disease, Epidemiology proposes a multi-factorial approach through the so called “triangle of causation.” This includes the interplay of host, agent and environment. Second, in contrast to a still-strong “linear” understanding of disease epidemiology, a “non-linear” approach uses non-mechanical, non-unidirectional, dynamic, historical and reciprocal interaction. Third, against the radical commitment of today’s medicine in establishing the priority of proximal causes, Epidemiology must underline the importance of the distant, hidden, indirect and contextual causes. As Richard Doll has noted: cancer incidence, as much as other chronic degenerative diseases, is far more dependent on life conditions than previously supposed.[11]

Following these past reflections on Health I will be developing, in the coming months, complementary analyses on various levels that I will label: “Multicultural Shift,” “Philosophical Shift”, “Biblical Shift” and “Theological Shift” in understanding health and body. An Adventist Theology of Health, like the one I will be experimentally trying to articulate, needs to be first faithful to its original intuitions – to the Bible, but also to its own historical roots and our common human and ecological shared world. Health is not only feeling safe and healthy, detached from others. And it’s not limited to our reassuring ethnic or religious group of reference. Rather it’s about making everyone be healthy by together building eco-human conditions that can foster and guarantee our common survival.

[1] From the greek “μετάνοια”,which means after-thought, beyond-thought, transformation of the way of thinking.

[8] Alain Eherenberg, The Weariness of the Self. Diagnosing the History of Depression in the contemporary Age, London (2015)

[11] Richard Doll, The Prevention of Cancer. Pointers from Epidemiology, Routledge, (2017)