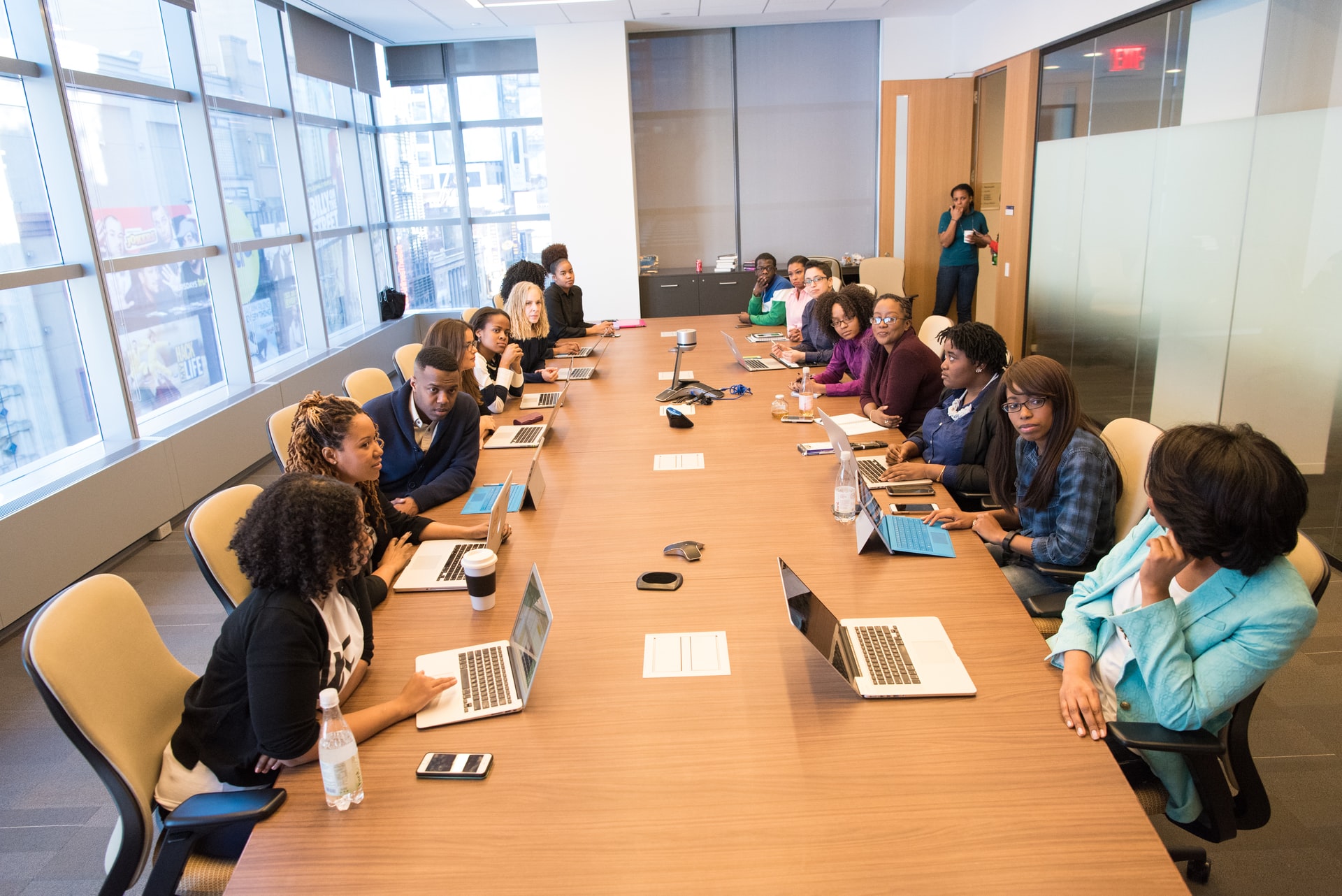 COVID-19 is changing our life. Not only in the sense of making it more vulnerable and making us more aware of this vulnerability, but also in perceiving through this vulnerability a new belonging to the human race. Of course this awareness existed before, but it was certainly more tenuous, fragmented, spasmodic and preferential. COVID-19 is reminding us that this multicultural belonging is not elective, not fragmentary or spasmodic, not the result of a choice and does not even coincide with our full awareness. But now this new, unexpected multiculturalism, with the moral and epistemological duty to widen our gaze toward others, is provoked by a medical situation. What value, what sense, what unprecedented perspective on our humanity triggers and opens this new medical-health awareness? Klaus Bergdolt (“Der Schwarze Tod in Europa”) states that humanity’s great cultural changes of were not born in the head, the creative imagination or the pen of some brilliant mind, but were triggered by epidemics and pandemics. Historically these have created new scenarios and forced humans to think differently about their humanity.

Mexican Oscar winner Alejandro González Iñárritu, in the film “Babel” (2006), tries to say this with the power of images. The Bible says that when men wanted to challenge divine power they built a tower that was supposed to touch the sky, but God punished them by making each one's language incomprehensible to others. This is the story of the Tower of Babel. The film Babel tells a story that seems to be the continuation of the first: once the only language that previously united all men has been lost, pain remains as the only dimension in which human recognizes human, in the chaos of cultures, conditions and sensitivities. This is one of the keys to the film interpreted by, among others, Brad Pitt, Cate Blanchett, Gael Garcia Bernal and Koji Yakusho.

Chance seems to weave its mocking plot, linking four different scenarios, very far away in space. A Japanese hunter, plagued by the tragedy of his wife's suicide, gives his hunting rifle to a Moroccan guide. This ends up in the hands of two shepherds, one of whom, to prove its effectiveness, shoots in the direction of a distant bus. This seriously injures an American tourist who, with her husband, had traveled in seeking relief from the pain of losing a son. The couple is forced to stay longer in the country and instructs their nanny to extend her care of their other two children, who have stayed at home. However, the nanny does not want to miss her son's wedding in Mexico, and she decides to go there taking the children with her. On the nanny and children’s return to the United States, her nephew who accompanies them, unnerved by police checks, runs a roadblock and abandons his aunt and the children in the desert, in the middle of the night. They are found the next day, in precarious conditions, and the nanny is expelled from the United States, losing her job and the affection of the children.

With Babel, the brilliant Iñárritu constructs a film with interlocking stories that are apparently independent of each other, especially in the spatial dimension. But in the end, it will be seen, they manifest a common thread that makes them interdependent. This thread, translated into scientific terms, is nothing more than the so-called "butterfly effect" – the theory according to which the slightest flapping of a butterfly's wings can also cause a hurricane on the other side of the world.  This is precisely what the film wants to demonstrate: that some action in a remote part of Morocco can generate ripple effects that will reverberate in other parts of the world, without anyone being able to do anything about it. A film therefore about "chance," where human action will have little or no impact on the destiny of those involved.  A sort of domino effect. The case that looks nobody in the face: the victims, or at least the people involved, are chosen on the basis of a chain that has something mechanical and even necessary, given the bonds that exist between the people themselves.

The “butterfly effect” that COVID-19 triggered was unthinkable until recently. And starting from Wuhan, it overwhelmed the whole world, bringing Milan, Paris, Berlin, London, Madrid, New York, San Francisco, Los Angeles, Mexico City, Bogota, Lima, Sao Paulo, Rio de Janeiro, New Delhi etc. to their knees. George Devereux, founder of Ethno-psychiatry, a scholar of mental illnesses from a multicultural and cross-cultural perspective, has noted that every study, analysis and treatment of disease tends to be, on the one hand ethnocentric, and on the other hand conditioned by the psyche of those who treat that disease. For this reason, without stigmatizing these indelible historical cultural determinations and their corresponding therapeutic-diagnostic restrictions, the approach to diseases must be founded and articulated in a multicultural key.

COVID-19 is teaching us just this: the need for a change in the medical-health perspective, because what exists now is a “universal perspective” but not a “multicultural one.” What we have today is a monolithic medicine dependent exclusively on a single medical-cultural model that is simply applied and extended to the whole world. The medical-multicultural turning point, on the other hand, reminds us that the world must also medically be a polycentric world.  The undoubted greatness and precision of Western medicine must learn to coexist with diversified medical knowledge coming from other cultures (medical multiculturalism) that functions as counterweight. And not only as complement to it in subordinate tasks, but at the very epistemological level. From the founding concepts and categories to the smallest and most peripheral medical and therapeutic practices, this multiculturalism must take hold.

The current transversal questioning of contemporary medical reductivism has now become an increasingly tense critique of its analytical, technical, depersonalizing and atomizing trend. This cannot be corrected by a partial enlargement within the system but requires a multicultural enlargement that goes beyond the Western system itself. This medical-multicultural turnaround underlines the relevance and urgency of some points that have been forgotten and strongly re-emerge in this world of COVID-19. Let us briefly consider four of these points present in the agenda of a desired medical-multicultural shift.

1. The indelible presence of the “other,” and medical world diversity:

The” other” is not only the other in my system but also in another system that lives, fights and perceives diseases and aggressions to health in ways and with categories different from mine. One that necessarily breaks the compact universalism of allopathic and science-based medicine, typical of the West. But the “other” also includes other diseases that do not find space in the catalogs and standard classifications of today’s medicine. We must be pushed, not to give up what we have, but to make classifications more flexible, less definitive and more inclusive. This is the cause that Ivo Quarata and Mario Ricca, from the University of Bologna, defend in their text “Malati fuori luogo. Medicina interculturale” (Sick out of place. An Intercultural Medicine).”

2. The unity and solidarity of the human species:

COVID-19 is teaching us that humanity cannot be divided into sectors, compartments and ontological categories that differentiate people and divide them into separate groups, according to gender, race or territory. We all share the same destiny because we share the same Earth. The aggressions against health suffered by some are aggressions toward us all. We therefore must all react, even when we are not directly touched in the first person. As the French philosopher Bernard-Henri Lévy tries to remind us in his text “Ce virus qui rend fou” (The virus that makes us mad).”

The solidarity that is emerging with COVID-19 must not forget, absorb or (even worse) erase the undoubted differences in perceiving and treating diseases, but rather put them together in a productive tension. The Western model of precision and control of human biological processes, characterized by a particular attention to unique and immediate causes, must be able to live with less interventionist models – slower but more attentive to remote and differentiated causes, as Tariq Modood recalls in his text “Multiculturalism.”

4. Live together and dialogue while preserving this structural tension:

However, this almost obligatory coexistence among different cultural and medical paradigms must not give place to a tolerant, silent coexistence, but rather to an interactive one. This indelible tension must produce dialogue and exchange in the awareness that differences will not retreat, but will slow down the therapeutic process for the better, enriching it with different and innovative nuances and accents. This is what the German philosopher and biologist Andreas Weber suggests, when he writes that we Westerners live according to the pragmatic motto: "Try in every situation to avoid death and survive," while non-westerns live according to the motto of solidarity: “Everything lives, for this reason try together with others to nurture life.” It is what he calls "Indigenialität" (indigeniality). "We are all savages," Weber says, making it clear that our civilization has not only colonized the indigenous, but also our own “wild” thinking. "Wild" does not mean undisciplined or insubordination, but rather openness and readiness to exchange, in relationship and mutuality. If we want to make the world a living place again, we should discover the indigenous people within us. Leading thinkers in physics, biology and the humanities are just beginning to re-explore this holistic cosmos in the face of our ecological and social crises.

How then does Adventism stand in the face of this medical-cultural shift? Apparently well, for two reasons. On the one hand, because Adventism has been able to create an alternative lifestyle perspective to our current science-based medicine, without denigrating it. On the other hand, because our church is definitely a multicultural church. The two answers are correct but at the same time problematic, because both the undeniable Adventist ethnic multiculturalism and the typical Adventist lifestyle are both expressed in the form but not in the substance. We have, in our community, at most an exotic ethnic multiculturalism but not a “medical culturalism” and even less a “theological multiculturalism”.