Time to Start Over: How to Reconstruct Adventist Eschatology

Time to Start Over: How to Reconstruct Adventist Eschatology 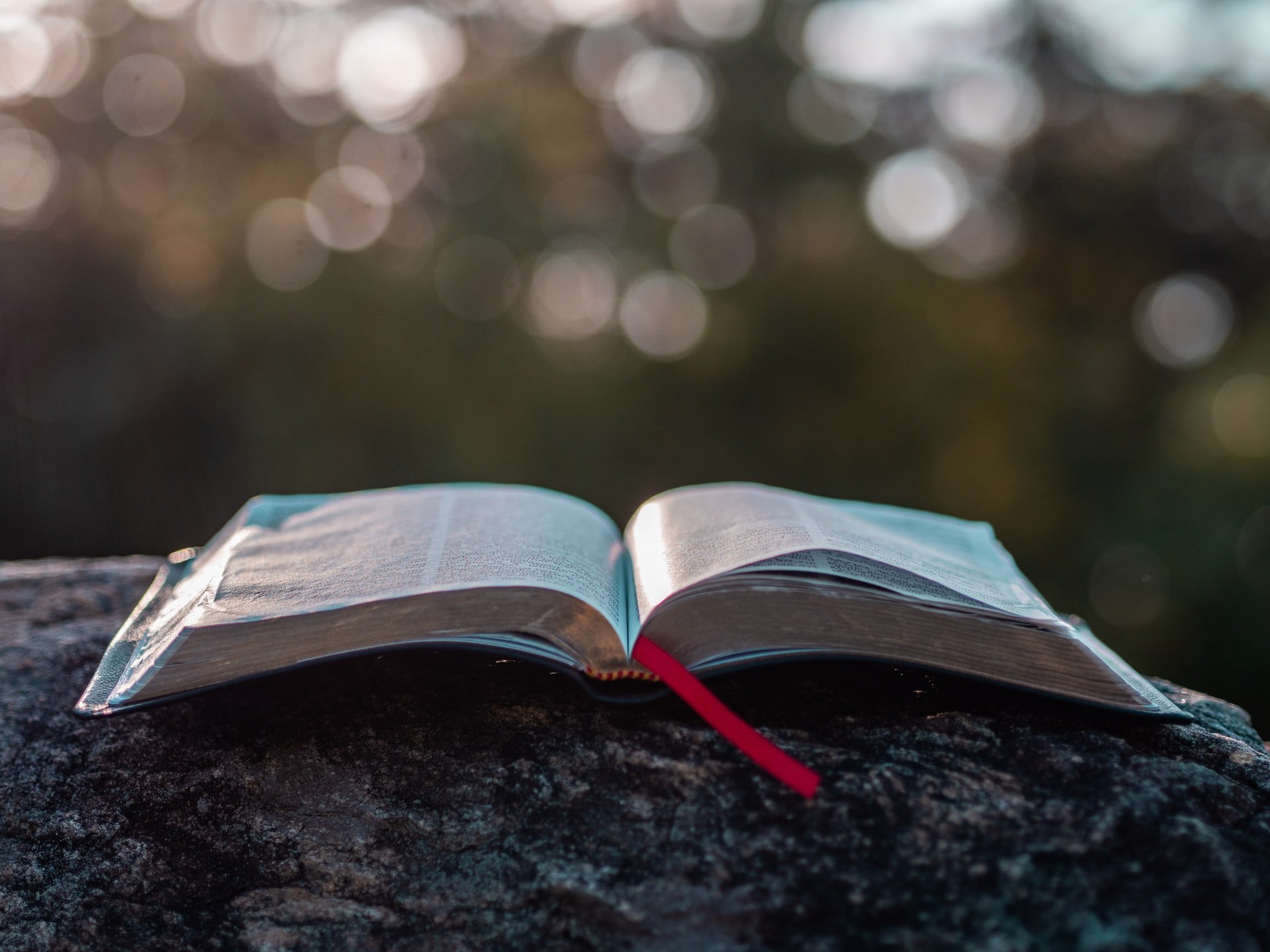 We may be vandals who only want to crush convention, or we may, like the great prophets, want to renew a vision gone awry. Consider three stories toward the latter, all bearing, differently, on a single, urgent need: the reconceiving of hope, the reconstruction of Adventist eschatology.

Story one took place on February 26, 1944, a Sabbath in Nazi-beset Europe. Gabrielle Weidner, a young employee of the Adventist conference office in Paris, was in Sabbath School when two men in black coats and boots entered the foyer of her church. They found her, and escorted her to a prison south of Paris. She had been a co-conspirator, with her brother John, in the operation of Dutch-Paris, an escape program for Jewish and other refugees from the Netherlands, and would now pay the price for it. Gaby Weidner ended up in Germany, first at the women’s concentration camp near Ravensbrück, then at one of its satellite work camps. Less than a year later, exhausted by anxiety and labor, she died.1

Story two: For a 1970 “consultation” on the Second Advent sponsored by the World Council of Churches, Raymond F. Cottrell, a Review and Herald book editor, made a gracious and well-written defense of Adventist eschatology. A published version came out in 1973, along with the reply from Yale New Testament scholar Paul Minear. Minear affirmed part of Cottrell’s argument, but offered two objections no guardian of Adventist orthodoxy has ever, to my knowledge, refuted, or even squarely addressed:

• In espousing Ellen White’s interpretation of “events leading up to the Second Coming of Christ,” Adventists assign authority to a “particular exegete” that not only competes with scriptural authority but also limits the range of scriptural application to a particular set of times and places.

• In contending for a specific “schedule” of eschatological events, Adventists chain God to a “predetermined” timetable and even undermine the “imminence” of Christ’s return. (Sunday conspiracy, for example, must happen first.)2

The third story involves two college friends and me. We have complex and by no means identical spiritual autobiographies, and have lately been reading and discussing one book a quarter. A recent choice was Michael Sandel’s The Tyranny of Merit, and the book’s high moral purpose evoked gratitude for how our schools — including Walla Walla College and (in their cases) Loma Linda University — had sought to instill in us a service frame of mind. One friend’s remark was startling: “I had the misfortune of growing up in a cult,” he said, and then added: “It was a great blessing to me.”

The italics are mine, to underscore how someone who has thrown off sheer fundamentalism can still see moral advantage in Adventism’s shared life. Over four parts of my “Time to Start Over” series, I have been working toward a case for why it may be worthwhile to hold on to this advantage, and to improve upon it. Even if our church remains at grave risk from doctrinal self-satisfaction, even if our respect for Ellen White has bordered on the cultish, even if we fail to see beliefs as premises for practice, not ends in themselves, resources for recovery are right in front of us. Thoughtful Adventists and their pastors, and not least stewards of Adventist hospitals and universities that engage the wider world, need assurance that we are more than a flash-in-the-pan fundamentalist sect, more than a “convert church” whose members run away as soon as they begin reading widely. My argument is that if theologians and lay leaders gear up for the effort, that assurance can be found.

Remember first that Adventist pioneers rejected the false ideal of belief uniformity. Such an ideal sacralizes stasis, or intellectual stagnancy, and is now the most worrisome of mistakes that beguile headquarters in Silver Spring. Today official publications — most recently the Adventist Review — suppress or overlook pioneer aversion to wooden like-mindedness. A helpful article in the March 2021 issue of the Adventist Review tells how the church’s 1872 “Declaration” of Adventist beliefs stressed that we have no creed save Scripture. Yet the author neglects to mention the same Declaration’s clear denial of intent to “secure uniformity” among members. But that denial is crucial, and should be emphasized. Our present leaders (if not the author) too easily forget that the best of the pioneers recognized human limits and knew that true faithfulness spurns arrogance and control to make room for listening and openness.

The second recovery resource I have been emphasizing is the seventh-day Sabbath. This great gift directs us to Christianity’s indispensable anchorage in the outlook and history of the Hebrew people. Recalling the miracle of existence in a God-blessed world, the Sabbath signals the divine initiative seen at the Exodus — the impatience with oppression, the Yes to freedom, the shaping of a people whose mission is God’s own mission, blessing others, repairing injury, enabling shalom, or human flourishing. The Sabbath, rightly practiced, ignites moral courage here and now. Just for this reason, it is one key, I argue, to the reconstruction of Adventist eschatology.

A third resource for Adventist renewal is our apocalypticism, my theme in this fifth and next-to-last “Time to Start Over” segment. But it is apocalypticism reconceived. Let me begin, then, with a rough description of what we have grown up with. Conventional Adventist thinking about these matters:

• Understands eschatology to address last things, not only the goal but even the timetable of human history.

• Assumes that “prophecy” is, most importantly, predictive; prophecy furnishes information about future developments.

• Considers the unique (and someday-to-be dangerous) mission of Seventh-day Adventists as “warning” the world against false worship manifested in disregard of the seventh-day Sabbath.

• Takes the Second Coming to be imminent, and makes personal “preparation,” or moral and spiritual scrupulosity, a matter of consuming urgency; such longer-term covenant concerns as justice and peacemaking fade into the background or completely out of sight.

• Overlooks, or largely overlooks, biblical assurance that God is already at work on earth, and that in Christ the Kingdom of God has already appeared; although Jesus said, in Mathew 25, Invest your money now, it’s not pointless — don’t just wait, do something, conventional thinking veers away from active hope toward resignation.

But what would we realize in finding time and courage for second thoughts? At least, I suggest, the following:

• Centrally, Christian eschatology expresses convictions about Christ, who is said to be history’s goal and final victor; properly, such convictions sustain the virtue of hope, an attitude of trust and confidence producing faithful Christian practice.

• Bible study reminds us that:

—For all its apocalyptic fireworks and new-world vision, the book of Daniel remains a story of moral resistance and participation, inviting readers — “Dare to Be a Daniel,” the children’s song says — to catalyze hope into active witness.

—Astounding words and pictures cascade from every page of Revelation, building great confidence against great difficulty; the point is that those summoned to discipleship keep the commandments of God and the faith of Jesus.

—The apocalyptic discourse in Matthew 24 and 25 calls for faithfulness to Christ’s way — don’t, Jesus says, go “astray” — and ends with a Final Judgment whose single question, addressed to everyone, is: Have you been compassionate?

—In harmony with the Lord’s Prayer (“on earth it is in heaven”), authentic Christian life seeks not only to enter heaven but also — first and foremost — to bring heaven to earth.

• Stories of great Christian courage matter, as in the case of Ruby Bridges, who was only six when, in the fall of 1960, she passed for days and months through a sneering throng on the way to the school she was integrating in New Orleans; Ruby found support, she told psychiatrist Robert Coles, from her congregation and its message, explaining: “There will come a day, like you hear in church.”

• Eschatology, then, is inspiration, not just information; hope transforms life.

Now consider further how the Sabbath may inform reconstruction of the Advent hope:

• As a reminder of our debt to Israel, the Sabbath prompts deeper engagement with the Hebrew awareness of divine transcendence and human limits, or finitude; God’s name, Moses learned, is “I Will Be What I Will Be” (a now much-supported translation), so human understanding can neither contain God nor know what God will do next.

• The prophetic linking (Isaiah 58) of Sabbath delight with a call to repair society — echoed by Jesus in his Sabbath-day, and similarly themed, inaugural sermon (Luke 4) — liberates Christian hope from the bane of me-centered spirituality.

• In affirming work, rest and liberation on earth, the Sabbath challenges the otherworldly tangent that distorts so much Christian piety; faithful eschatology can no more disengage from the care of the world than focus on merely personal well-being.

I began with three stories. In the last of them, a friend who now finds Adventism cultish nevertheless regards his Adventist youth as a “blessing.” This by no means shows, but certainly suggests, that the way of life we have shared may be worth renewing. If (pastorally sensitive) deconstruction of Adventist fundamentalism has value, so too, perhaps, does reconstruction of Adventist life and conviction. The second story recalls scholarly criticism of Adventist eschatology that no guardian of orthodoxy has refuted or squarely addressed. Reflection here shows that although the criticism cannot be refuted, it can be addressed. We can confront reality about our beliefs without losing hold of their underlying substance and merit. The first story recounts the Gestapo’s arrest, on a Sabbath morning, of Gaby Weidner, a co-conspirator in the rescue of Jewish and other Dutch refugees from Nazi terror. The image is what I want to leave before us: an Adventist Sabbath-keeper in full embrace, despite the risk, of God’s own earthly mission: blessing others, repairing injury, enabling shalom.

All this is what we could be — what we must be if Adventism is to persist as more than a flash-in-the-pan fundamentalist sect. But isn’t it naïve to suppose such a transformation even possible? Yes, and I will consider that next time.

Previous Articles in this Series:

Time to Start Over: Reconceiving Sabbath — A New Case for the Seventh Day, February 23, 2021