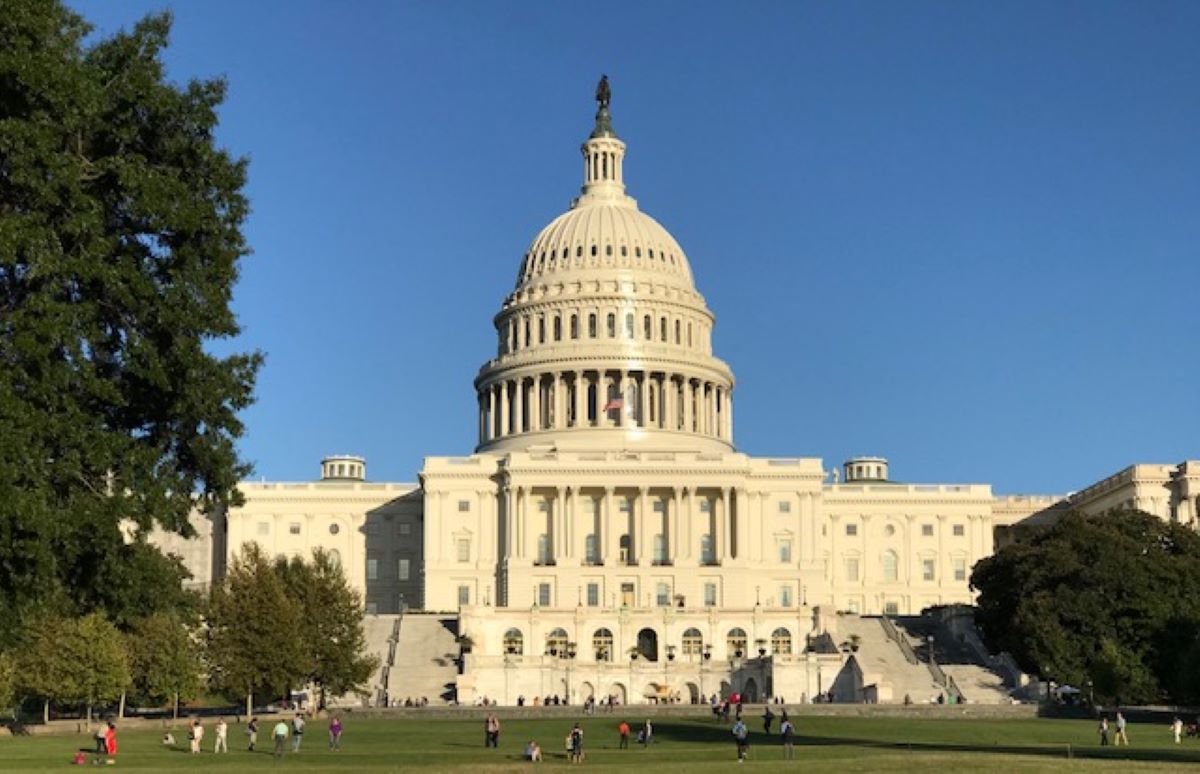 Being transfixed by the disturbing events at the United States Capitol, during the certification of President-elect Joseph R. Biden’s victory by U.S. lawmakers, I perused the media for adjectives used to portray the unfolding seen: sickening, coup, insurrection, extremists, shameful and embarrassing were gleaned.

Having toured the United States Capitol on several occasions I also felt a sense of desecration for our Temple of Freedom and Liberty and Democracy. A sacrilege that desecrated the hallowed halls of our Republic. 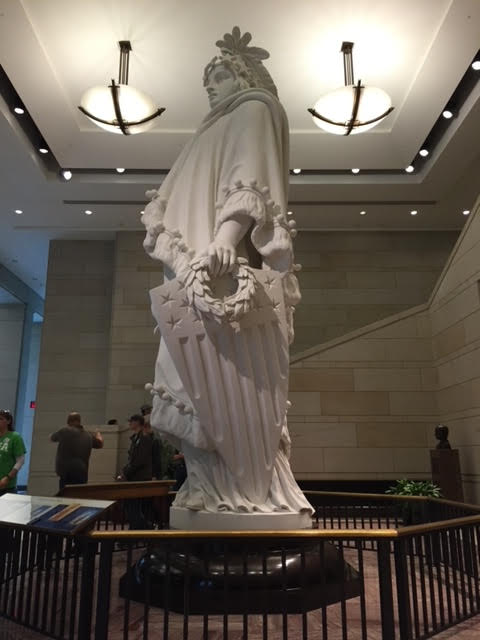 Plaster model of the Statue of Freedom in the United States Capitol Visitor Center.

I felt the events were also strange, surreal and dreamlike. They reminded me of the scene in Daniel 5 and the handwriting on the wall. MENE, MENE, TEKEL came to mind. God's mysterious handwriting on the wall during Belteshazzar’s self-aggrandizing soiree where he desecrates the sacred vessels of Jerusalem's Temple.

"This is the inscription that was written: MENE, MENE, TEKEL …  "Here is what these words mean: Mene: God has numbered the days of your reign and brought it to an end. Tekel: You have been weighed on the scales and found wanting."  Dan. 5:25-28 NIV

I also sensed God's patience and grace in preserving our democracy. Our republic will continue with new politicians who equally have the responsibility of ruling with liberty and justice for all; hopefully recognizing that we can only be one nation under God.

“Let us pray. Lord of our lives and sovereign of our beloved nation. We deplore the desecration of the United States Capitol building, the shedding of innocent blood, the loss of life and the quagmire of dysfunction that threatens our democracy. These tragedies have reminded us that words matter and that the power of life and death is in the tongue.

“We have been warned that eternal vigilance continues to be freedom’s price. Lord you have helped us remember that we need to see in each other a common humanity that reflects your image. You have strengthened our resolve to protect and defend the Constitution of the United States against all enemies domestic as well as foreign. Use us to bring healing and unity to a hurting and divided nation and world. Thank you for what you have blessed our law makers to accomplish in spite of threats to liberty. Bless and keep us. Drive far from us all wrong desires. Incline our hearts to do your will. And guide our feet on the path of peace. And God bless America. We pray in your sovereign name. Amen”

Ron Reece is a physician and fourth generation Adventist, who completed a Graduate Diploma of Christian Studies at Regent College, British Columbia in 2010.