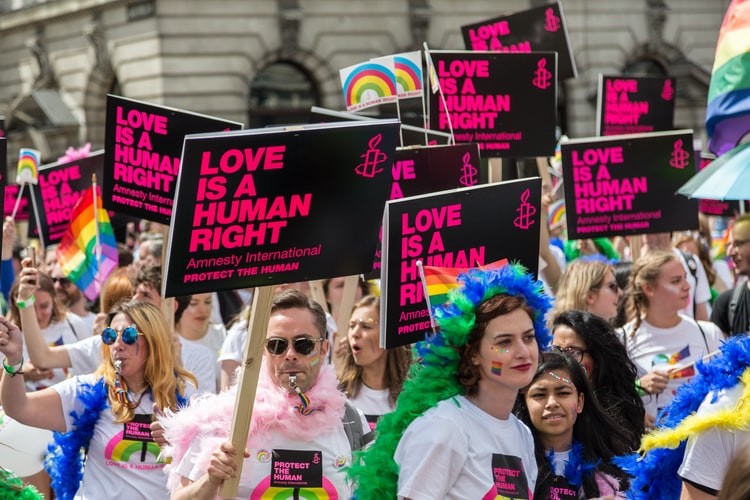 Almost two decades ago I was a young lawyer who traveled the country giving seminars on religious liberty in Adventist churches. Often in those seminars we talked about the major LGBTQ+ issue of that day, same-sex marriage. Supporting the secular legal right for people of the same sex to marry usually shocked the audience and led to a flood of questions and commentary. During one such question and answer session, a lady flippantly said, “Well we don’t want to support them too much. It’s not like we want to march in a Pride parade.” Quickly I shot back—“Why not?” Stunned, she didn’t have a ready answer. More interestingly, no one else seemed to have one either.

I think of this moment often, and it occurred to me again as we stand on the precipice of another Pride Month. My question remains. Despite the well-discussed theological issues, I remain confused about the difficulties some Christians have in recognizing Pride Month. OK, I am not actually confused. The church does not believe that a same-sex orientation (and acting upon it) is a part of God’s design for His children. Therefore, we eschew Pride Month because we do not want to appear to be in support of something that we believe God identifies as a sin. I do see the logic of the argument. I just think the argument fails to hold weight under a critical examination.

I think the failure of the argument stems from a misunderstanding of what Pride Month should mean for those who are not members of the LGBTQ+ community.[1] Now, for members of the LGBTQ+ community the need for Pride Month is clear. Being a member in this community often means your life will be marked at times with pain and struggle, discrimination and rejection, and the trauma that comes from the violence perpetrated against your community. Pride Month is a time for this community to stand up and be proud of the progress they have made, and for the way they have survived their oppression. It is a time to take joy in their very existence, because they know that there have been those who would rather see them swept off the face of the Earth, and that those people have had the power to try and make it happen. This month is a commemoration and celebration of their move out from the shadows, and the ability and freedom to stand in the light of day in the fullness of who they are.

To be fair, as people outside that community, we have no place in the conversation or in that celebration. The least we can do on that front is to take a 30-day break from pontificating about someone else’s life that has little if anything to do with ours. Instead I think our job during Pride Month is to do four things:

First, we must be clear that we see our LGBTQ+ brothers and sisters.[2] They do not need to exist in the shadows. They are not persona non grata to us. They share the same right to exist that we do, the same right to inhabit the fullness of who they are. They deserve to live lives free from pain, discrimination, and violence. They should not have to hide.

Second, it is important to let this oppressed community know that we hear them. We hear your pain, we hear the story of your struggle to overcome oppression. We empathize with the fact that even today we exist in a society where in many ways you still do not have the full promise of freedom and justice. In hearing your story we hear our own shame, for the ways in which we aided and abetted the evil that rose against you. We hear your cries for a better, more just world, and we aim to help you in that quest.

Third, the LGBTQ+ community should know that we value them. We value them as much as God values them, which is inestimable. We value them as members of our society and our communities and our churches. We value their contributions to our human family. We care that they are involved and that their unique perspective is welcome at a table where we all sit as equals.

Fourth and finally, this community should know that they are loved. Each member of their community is a person we believe God created and loved and wanted to be here. We love them with that same love as people who are seeking to follow His example. We have fallen short of that standard in the past and we beg for forgiveness. But we must make it clear that they are more than our neighbors; they are a part of us as a community and a society. As such, we love them as we love ourselves. We cherish their presence. We want them to be seen, heard, valued, and loved in the same way that Christ did for every one of us. We do not have the authority to shut them off from God’s love and grace and even if we did we would not exercise that against them. Pride Month for the Christian who is not a member of the LGBTQ+ community should be about loving God’s creation in the forms of people who God loves.

And this is why I cannot understand the Pride Month dilemma for any Christian. Because I cannot figure out any part of the preceding that is out of line with God’s will.

[1] By the way, I think this logic holds true for all the history and heritage months that we celebrate.

[2] I should make clear here that the “we” used from here on out is not a reference to the church itself.