A Scandal of Hope 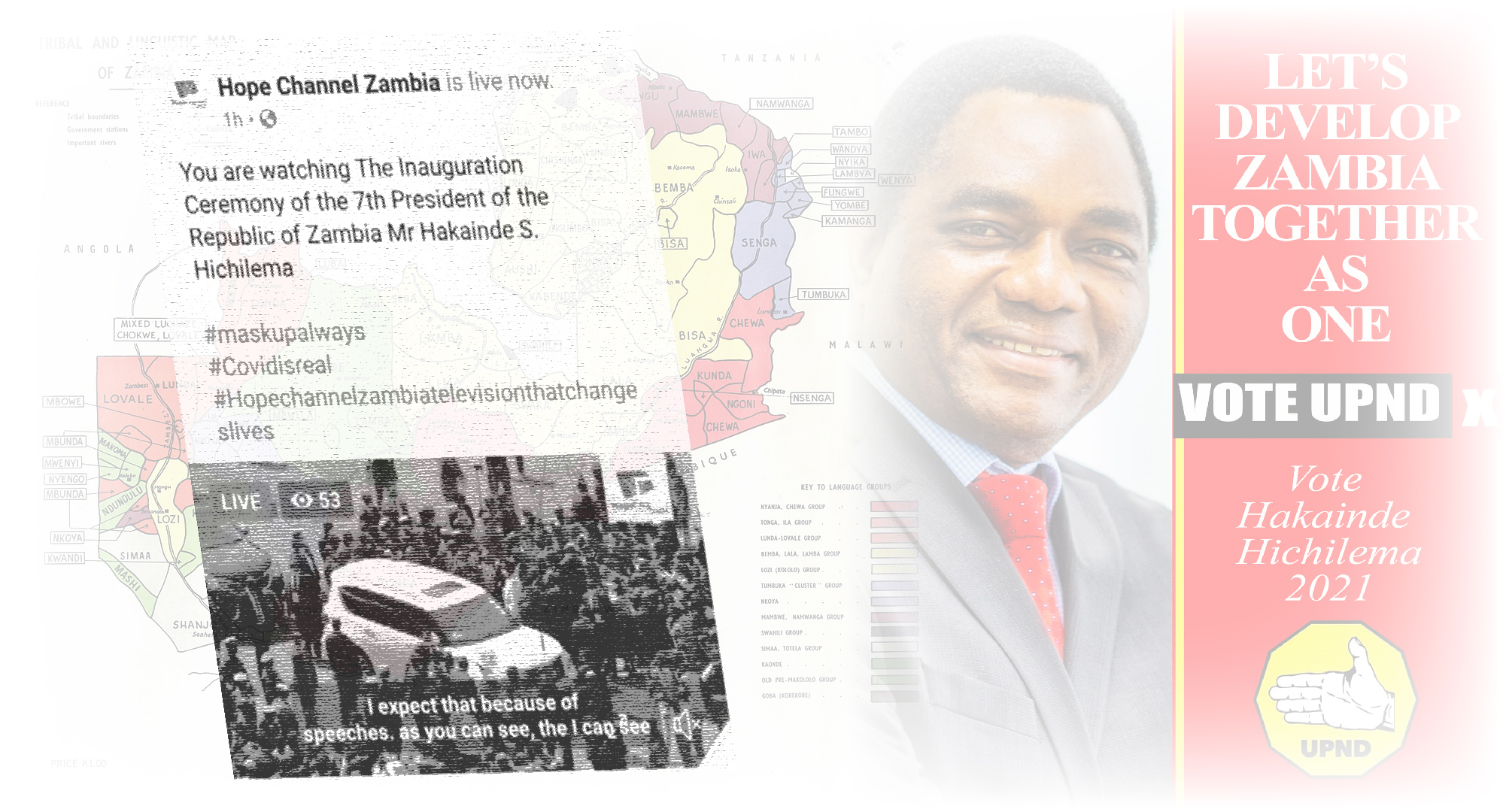 Commonly known as HH, Hichilema is a business tycoon who entered politics. He ran for the presidency for the sixth time this year. HH and his wife, Mutinta Shepande Hichilema, are baptized members of Chilanga Mission District in the Lusaka Conference of the Seventh-day Adventist Church. Both were invested as Master Guides in the youth ministry of the Adventist Church in December 2020, by Southern Zambia Union Conference. HH’s protracted involvement with opposition politics in the country’s political realm made him a popular figure in the Adventist Church as well.

Understandably, following his electoral victory, congratulatory messages and celebrations poured in from Adventists in Zambia and across the region. Even official church publications such as the Adventist Review could not ignore what had become a “Cinderella story” in Zambian politics. The victory imbued Adventists in many places with pride that one of their own was now occupying the highest office in Zambia.

The excitement around HH’s electoral victory gradually turned it into what appeared to be an Adventist Church victory with fawning reports of his membership and pictures of him in his Master Guide uniform gracing church reporting. It seems Adventists had forgotten that HH was elected based on party politics, and is accountable to political stakeholders within his party, the United Party for National Development (UNPD). While being a church member in good standing, he has a political constituency and stakeholders to serve, many of whom are not Adventists.

On a continent where party politics are often polarized and highly contentious, the outpouring of congratulatory messages from official Church arms is not without implications. It creates subtle pressure and expectation for HH to recognize the Church as another important stakeholder and constituency. How does one balance serving the interests of the wider political constituency and those of a Church that is predominantly conservative? The critical question is whether HH is an Adventist who happens to be a politician or a politician who happens to be an Adventist. While for Adventists the answer is the former, this may not be the same for non-Adventists in Zambia.

On top of that, on August 24, during his inauguration, Hope Channel Zambia, a subsidiary of Hope Channel, did a live broadcast of the event. For an official Church media outlet that depends on donations to air pre-recorded programmes, the deployment of resources for a live broadcast has not been without controversy. Questions have emerged about whether such resources should have been used for the core business of the television station—evangelism. For Hope Channel to deploy scarce resources to an event already covered by other state and private broadcasters is not only contentious, but not financially prudent. The risk here is that the Church may be sending a subtle message that suggests its endorsement of HH’s victory and politics as an opposition leader. In a politically volatile context, what impression does this create on Adventist Church members who are supporters of the Patriotic Front, the party which lost the election?

To demonstrate that his allegiances are elsewhere, and his agenda is bigger than that of the Church, on Sabbath, August 21, 2021, HH posted—to the shock of many conservative Adventists—on his Facebook page:

This afternoon, 21st August 2021, we held a meeting at our residence in Lusaka with some of the Ambassadors and High Commissioners from African countries, accredited to Zambia. ...

Therefore, the Adventist Church in Zambia, and the region, needs to tread carefully on how it relates with members who occupy political offices. HH did not run his campaign on behalf of—or with endorsement from—the Seventh-day Adventist Church. He is accountable to political stakeholders elsewhere. When the politics turn sour, will the Church also stand with him and his political decisions during his term of office? One hopes that Hope Channel will remain hopeful throughout his tenure!