Say No to This 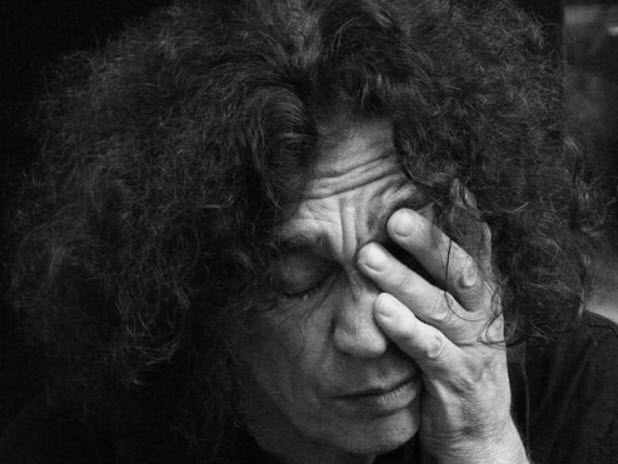 There are plenty of summer traditions that people look forward to with great anticipation. One that enthralls sports enthusiasts worldwide is the Wimbledon Grand Slam. Especially in this first year following the intense happenings of 2020, during which the Championships had no audience, people are now particularly excited. But there are a few disappointments. Fan favorite Serena Williams suffered a devastating injury that forced her to withdraw in the first round. And even prior to the Tourney, the biggest buzz was Naomi Osaka’s announcement to sit out the competition. This is of course the second Grand Slam in which she’s prioritized her mental health. Previously, she dropped out of the French Open for the same reasons.

Naomi’s choice has resulted in mixed reactions. Some have trivialized her decision: she’s a celebrity; she’s getting paid millions; why can’t she just power through? This is not an atypical response. The belief that fame and fortune can insulate one against psychological distress just won’t die. But countless examples throughout time and history refute this notion. Another curious aspersion cast on Naomi is that she is engaging in attention-seeking behaviors. This is an odd and ironic conclusion given her original intention to quietly bow out of the limelight by not participating in press conferences and merely paying any associated fines for doing so. Despite her intentions to keep her exit low profile, her actions only stoked the fires of curiosity and provided grist for the rumor mill. Though it would be nice to say the community of believers would not take the same course of action as the ferocious media hounds who’ve critiqued Naomi incessantly, this scenario is all too familiar, even within Christendom.

Self-preservation can sometimes be interpreted as selfishness. The idea of protecting mental health is sometimes mistaken for self-seeking behavior. It is not always taught in church or in wider society (least of all to women), that “no” is a complete sentence. It is not necessary to build up the community to your own detriment. To do so is often relabeled as “duty” and “sacrifice” – undeniably noble Christian ideals. So it can be hard to disentangle what it means to follow God’s will from simply appeasing others’ ideals. Obviously we don’t want to shirk our Christian calling just to do that which is comfortable or easy. But where is the line between devotion to calling and unnecessary self-flagellation? It’s difficult to say, particularly when we haven’t learned to separate the voice of God from the voice of church leaders. Those things are not synonymous. Surely the Spirit uses the influences of ministers and leaders, but this can’t and shouldn’t be the only means by which the individual Christian hears from God.

So what’s the key to discernment in this situation? Yes it is true that God doesn’t always call us to a path of ease. Sometimes we are asked to sacrifice. But how can God be glorified by actions that destroy our health – physical or mental? It’s directly counter to what we know about God’s desire for us to care for our temple and to be in good health (1 Corinthian 6:19-20 and 3 John 2). We cannot simultaneously dissuade people from hedonistic addictions and destructive vices while championing deleterious behaviors under the guise of “service.” Workaholism and constant busyness is a different type of destructive behavior. These forms are much more socially acceptable, even lauded, but they are destructive nonetheless. Those who knowingly ask us to overwhelm ourselves and push unsafe boundaries in order to demonstrate fealty to the Lord are people who aren’t speaking with the voice of God. We need to unburden ourselves from the belief that others will be lost (or at least be irreparably disappointed) unless we take on more and more to the point of exhaustion. This is a classic case of the Savior Complex. Christ already provides salvation. And it isn’t through our works!

Naomi’s shocking move was seen as bold and unprecedented. It’s a shame that knowing limits and asserting boundaries is a novel action. In a world that demands we live up to society-imposed obligations, it can be easy to convince ourselves of the need to push past the breaking point and continue to our own determent. Because that’s what everyone expects.

While some churches have returned to weekly church gatherings for quite some time, others are only now beginning to relax gathering restrictions. And many others are still worshipping remotely. Although several members are chomping at the bit to fellowship in person again, there are others among extroverts and introverts alike who have relished the time away. It’s not due to an aversion to fellowship. It’s just that the distance has provided a respite for some who have been exhausted by inordinate responsibilities, even on Sabbath. Being able to utilize the Seventh Day to actually rest has been a pleasant side effect of this otherwise horrendous situation. Some people have expressed relief by not feeling the same pressures associated with many in-person gatherings. Church attendance should not feel burdensome or like a chore. Sabbath was not created for that (Mark 2:27-28). On the contrary, Sabbath is a weekly reminder of liberation and freedom (Deuteronomy 5:12-15). That includes freedom from the mental oppression and obligations imposed by man. Embracing that feeling of freedom is nothing to be ashamed of.

Our church’s emphasis on health puts us in a prime position to champion the promotion of good mental health habits. This includes the art of saying “no” and establishing healthy boundaries. It starts with normalizing the acceptance of this practice among our church members. And it should be a lesson we are at the forefront of teaching to the world, right alongside NEWSTART. Maybe if we were examples of this, we would be as well known for promoting mental health as we are for our “Blue Zones.” And perhaps a young woman asserting her right to predetermine her own limits won’t be such a unique headline after all.