Richard Rice and the Question of Anthropology – Part IV 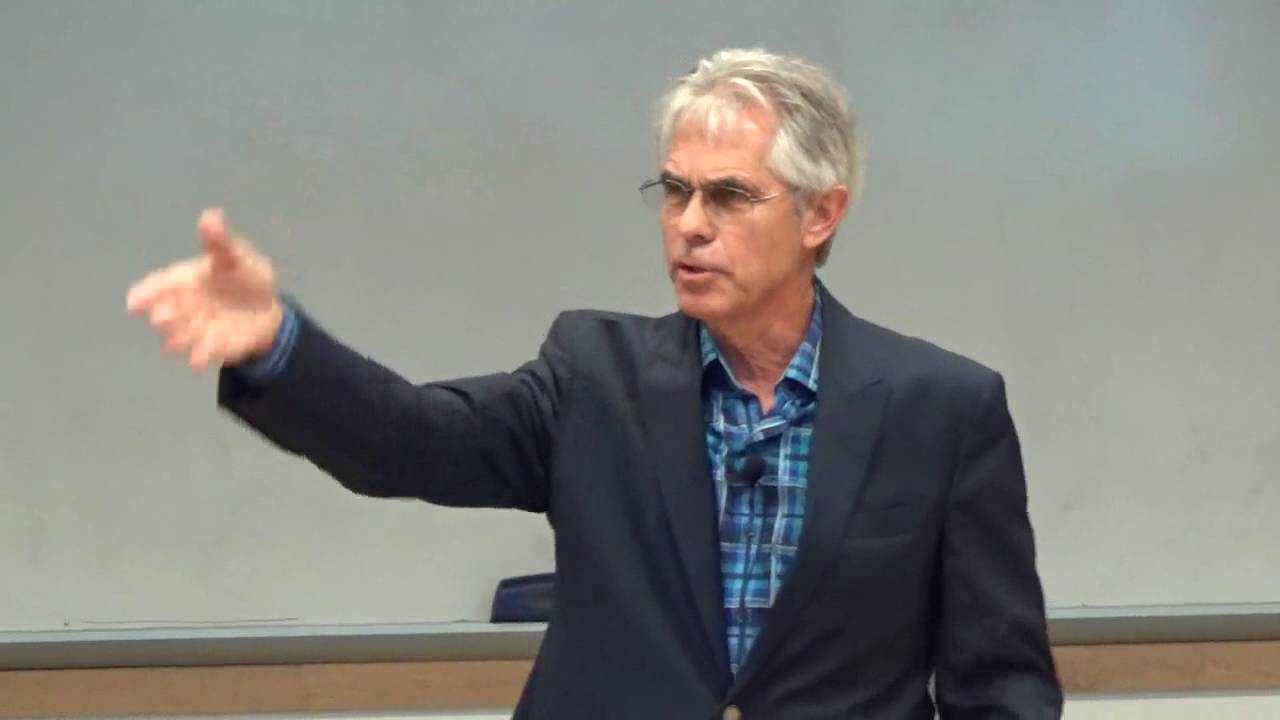 In my three previous columns I pointed out that Richard Rice’s latest book The Future of Open Theism: From Antecedents to Opportunities, reminds us that our understanding of God is pivotal for determining the way we define and understand the church, time, future and consequently Last-Day-Events – more than we usually believe. Rice’s book pushes us to think of our church as an act, not as a substance. Just as God himself is not fixed to an already given substance (like Aristotle’s “Unmoved mover”), he is historically conditioned. Likewise the identity and the mission of a church is not a substance but rather is a contextual and historical project. Our understanding of God is not simply a one-way street producing our concrete life. There exists a dynamic reciprocity. Our way of life progressively models and implicitly transforms our idea of God. Thus the perspective that our church is the result of our God-idea “creates” the typical Adventist God, as well as the way we live and understand church. We worship an Adventist God – our way of understanding Him. And God in his mercy condescends to that. But he is certainly much more and beyond this.

Both movements are natural and legitimate within certain limits and proportions. What is anomalous is, on one side, not to be aware of these two parallel processes and, on the other side, to pretend to have and be worshiping the “True God.” From a homiletical and exhortative perspective we certainly worship the “True God” but, from a strictly theological perspective, Adventist theology is potentially faulty because it has always been unilateral. Consequently, all churches and theologies, if structurally partial, are therefore possibly defective. So the first imperative is “theological humility.” We must know that we don’t know. By applying Karl Popper’s falsification principle as a criterion of truth to our church and theology we can recover the dynamic, historical and covenantal understanding of faith, embodied in the biblical perspective. To be in movement with a provisional and interim understanding of God is not a curse, but rather the structural condition of a healthy life and faith. To pretend to have the ultimate (True) understanding of God, Life, Church or Mission, easily becomes a juvenile idolatry and the premise for developing an intolerant attitude towards diversity – both inside the church and in broader society.

The same dynamic quality that Rice’s Open Theism gives to our ideas of God, Church and Eschatology, also extends into anthropology. It presupposes and enforces an “open anthropology” closely connected to the libertarian concept of a human being. Based in his main attribute of love, God created human beings with the capacity to respond with love to God’s love for them. And this very same personal character of God pushes him to enter into relationship with humans, in both ways. Loving them but also being loved by them. Thus God is genuinely affected by human actions and decisions. He is not only subject and protagonist in world history but also receptor of human initiatives. God is open to the world, and the world is open to God. Both Creator and creatures contribute to the ongoing course of events, and God experiences these events as they happen. This is the foundation of a new anthropology. One of the dignity and creativity of human beings, noble to the point of introducing something new in history that can enrich even God himself.

But this revolutionary libertarian understanding of a human being, in reality, precedes Open Theism. Open Theism is just the biblical and theological application, to human beings and to God himself, of the revolutionary anthropological category of modern individualism that emerged only in our time, and at best is just sketched in the Bible.

The dynamic and libertarian anthropology enforced by Open Theism is both an expression and extension of this typical “anthropological turn” that founds all modern and post-modern theologies. This was first introduced by Friedrich Schleiermacher, known as the father of modern theology, for the centrality he gives to man as a new departing point to understanding God and the world. But the “anthropological turn” of contemporary theology is just a result and effect of modern individualism. “Individualism,” and not a generic attention to “individuality,” is the founding category of our contemporary world, and as such is a unique social configuration that never existed before. Its latent unilateralism and reductionism doesn’t invalidate it, even though it invites us to assume a constant critical consideration and assessment of its effects. Individualism is not a subsequent application of the modern worldview but rather represents its very premise and presupposition. In the past, pre-modern corporate institutions and systems considered the individual as subordinate to the group. But modern individualism affirms a radical new change. At present, events, processes, institutions, the modern state and modern religion presuppose individualism as the inescapable starting point for creating sense and meaning. Before modern individualism emerged as a determining event, “meaning and sense” were created by God, community, nature or the family. It preceded the individual, who was limited and just called to receive and apply it diligently. The medieval and classic understanding of man as an Aristotlian “zoon politikon” is radically overthrown and gives way to an atomistic understanding of society. This was already visible in Descartes’ rational philosophy or in Hobbes’ contractual understanding of the modern state. Only the acknowledgment of this strong individual creator of meaning and sense, which he himself creates, makes it possible to understand the birth and the essence of this new age – modernity – in which Open Theism is just an application.

I’ll now briefly describe Rice’s defense of this dynamic and libertarian anthropology, but also the limit in perceiving a new historical and cultural context that this perspective should seriously consider.

1. The defense of libertarian anthropology

Open Theism certainly contributes to a strong defense of human freedom. We can discern three levels of that defense. First, within human beings themselves. By underlining real freedom man acquires a new dignity unknown before. This is illustrated in the famous 1486 “Oration on the Dignity of Man” (De hominis dignitate), by Italian Renaissance scholar and philosopher Pico de la Mirandola, which is considered to be one of the founding moments of modernity. It attempts to remap the cultural landscape of a coming new era by centering all attention on human capacity and freedom to initiate, to create something new. Second, freedom is also transformative, beyond the personal sphere. It operates in the world at large and fashions life and history in new perspectives. Third, this freedom is able to extend its effects beyond the personal sphere and the external world, to God himself. Open Theism proposes that human beings also have the capacity to respond and enrich God.

Today that freedom is threatened by various deterministic perspectives, from medicine, passing through ethics and neurosciences, finally to philosophy and social theory. In a very paradoxical way, modern and post-modern culture have become even more deterministic than the medieval hierarchical order. Today’s culture favors a materialistic, biological and social determination with a strong bottom-up orientation, while the medieval period was marked by a top-down orientation that left life and history more flexible and spontaneous. This strong determinism of today’s culture needs to be unmasked and fought in the name of this libertarian anthropology, as defended by Open Theism. The struggle for freedom is not finished at all, particularly in a culture like ours.

Libertarian anthropology is questioned today from two different perspectives: biological/medical, but also from a socio-cultural perspective. And that’s not completely new. Structuralism, and even more, post-structuralism, have questioned the validity of freedom as a pivotal characteristic of humanity, and the validity of humanism itself. Michel Foucault made this point very early in the 1960’s. With structuralism the accent passes from the actor to the system. Post-structuralism in fact doesn’t directly oppose structuralism, but instead radicalizes it by thinking that the conditioning structures are more flexible. Deconstruction as an extension of post-structuralist thinking is found extensively in leading thinkers like Barthes, Foucault, Derrida, Baudrillard, Judith Butler, Julia Kristeva, Sarah Kofman and Giorgio Agamben. Somehow all of them include and represent various types of a post-humanist understanding that is very critical of a libertarian anthropology.

But all these perspectives in reality have a valid point in criticizing human exceptionalism that is at the root of anthropocentrism. This is the main defendant in some of the more typical anomalies of our times, such as the environmental crisis or social and economic inequality. We are confronted on one hand with the need to defend freedom and human dignity but on the other hand we need to get rid of a reductive anthropocentric view. This makes freedom and human dignity the only determinant criterion of a serious cultural, political or religious agenda. Adventist anthropology and ethics are still heavily dependent on a unilateral and unbalanced libertarian anthropology, which radicalizes itself by overlooking the opportunity to dialogue with perspectives different from its mission.