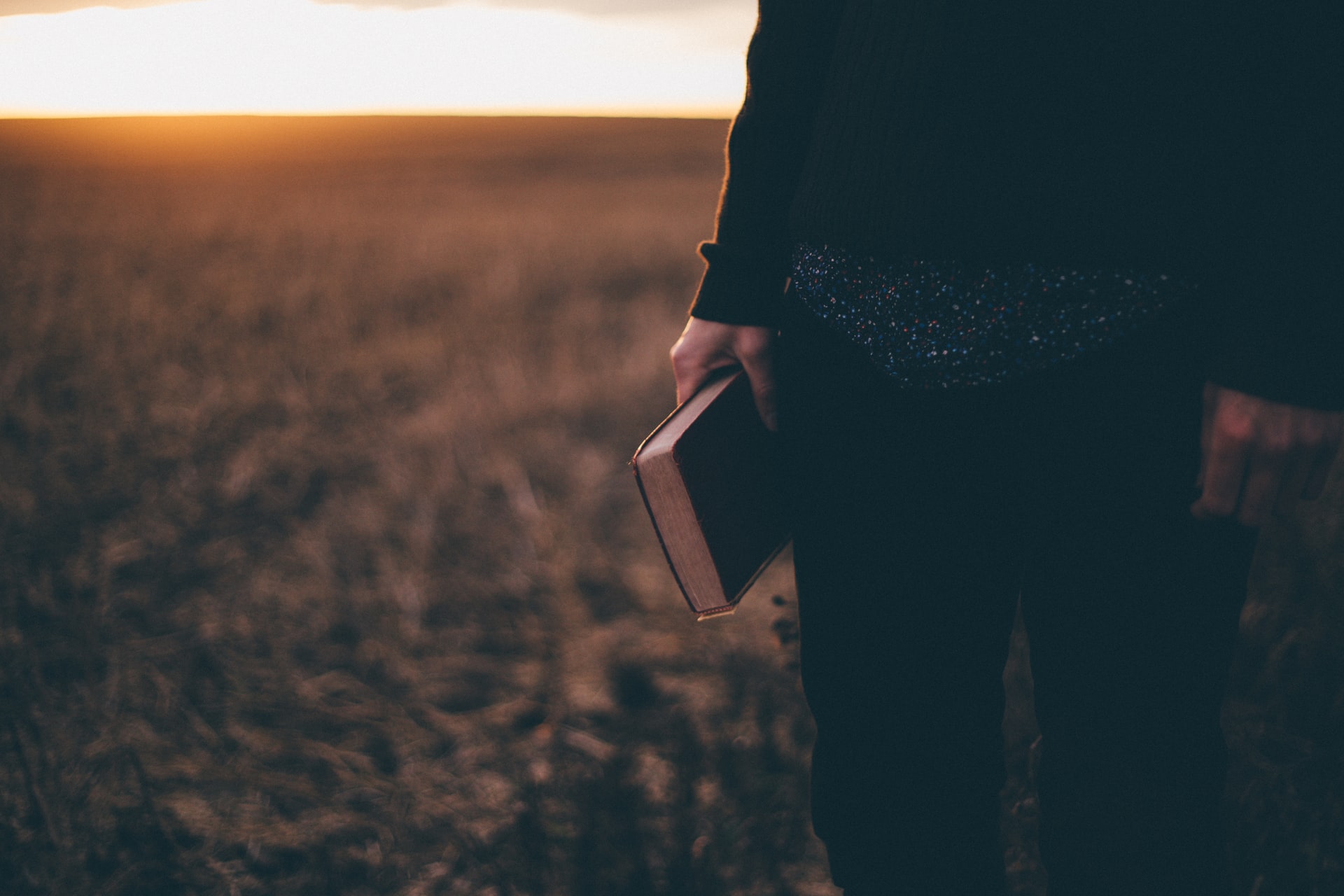 News of COVID-19 vaccines being developed have brought a sense of optimism in some but in others fears bordering on conspiracy theories. Not surprising, Adventists have joined the fray and have given the issue an eschatological twist. Without delving into some of these conspiracy theories, it is clear that COVID-19 has exposed Adventism’s entanglement with conspiracy theories. Adventism’s history is replete with conspiracy theories which have included secret connections between U.S. presidents and the popes, Jesuit infiltration of the General Conference, secret societies, ecumenical collusion, changes in the church logo, and recently COVID-19, which has been labelled a precursor or dress rehearsal to the mark of the beast. This raises the often-ignored question on why Adventism seems to have an insatiable appetite for conspiracy theories? What is it in us that makes us vulnerable?

A Revelation of the Remnant

The concept of the remnant is very dear to Adventists. According to the retired church theologian Ángel Manuel Rodríguez, it plays a role in our self-understanding, mission, and message. The conviction that there is a particular divine reason for our presence in the world makes the idea of the remnant an existential question for Adventism. This explains the sensitivity around the remnant motif which makes any attempt to de-emphasize or ignore this fundamental self-definition sacrilegious.

Tied to this is a strong belief in the imminent return of Jesus Christ. Our self-designation as the remnant is premised on the shortness of time (Jesus’ second coming) and persecution (Revelation 12:17). Thus, for years Adventists have seen themselves as the remnant who bear a special message and will be the subject of Satan’s attacks in the last days. Consequently, we have read ourselves in the book of Revelation, using various passages to showcase our place and part in end-time Bible prophecy. In a sense, we have made the Book of Revelation to be more of a revelation of the remnant than Jesus himself. As we exerted our energies in proving our place and identity in the book, our experience in the end of time, our persecutors and final victory we have relegated Christ to the margins. In accentuating our identity, we have reduced mission to a critique of other denominations.

Without debating the remnant motif itself, the critique here is that an excessive focus on oneself as a victim breeds suspicion about everyone else. An approach to apocalyptic prophecy that places excessive emphasis on ourselves creates an “us versus them” mentality. Rather than use prophecy to connect and embrace people in a way that leads them to Christ, we end up manipulating it to accentuate our corporate ego. We become eloquent in explaining events around the coming of Jesus while failing at exhibiting His love which is the greatest mark of the remnant. Unwittingly, we run the risk of missing the person in the Book of Revelation as we focus on our experience during the coming crisis. Corporate narcissism is addictive; not only does it create an inflated sense of indispensability, but it increases vulnerability to conspiracies.

A Remnant Under Attack

Since the concept of the remnant has come with an emphasis on persecution, we have been painting ourselves as eternal victims of Satan’s attacks. As a result, we are always on the lookout for anything that suggests or points to Sunday laws and persecution. As one African pastor said, “we have become notoriously eschatological and incurably apocalyptic where anything and everything new is viewed as apocalyptic eschatology.”

In our understanding of end-time events, the book Great Controversy by Ellen White occupies a special place. It predicts a national Sunday law in the United States as the trigger moment that will unleash a series of end-time events which will culminate in the second coming of Jesus. Among these includes Protestants in America playing a pivotal role in ushering in Sunday laws, a return to papal domination, and persecution of Sabbath keepers. With this emphasis, many Adventists are raised to be suspicious of Catholics, critical of other denominations, apprehensive of U.S. presidents and popes, but so sure about their place in the Book of Revelation. While we have been alert to any move in the U.S. or Vatican that could trigger Sunday laws, we have unwittingly become vulnerable to speculation and conspiracy theories. Excessive focus on the “last crisis” and rigid apocalypticism unfortunately breeds some sort of fatalism. We end up viewing the Catholic Church, Protestantism, and the United States of America and their role in ushering in Sunday laws as fixed. Our role becomes that of digging up evidence to confirm their place on the wrong side.

The Remnant and Sunday laws

Many who quote Ellen White’s writings on Sunday laws often overlook the point that during her time, the world was divided between Roman Catholics and Protestants. This was also a time when politicians in the U.S. at the state level and the national level were doing all they could to enforce Sunday observance through the famous Blair Sunday Rest Bill pushed by the National Reform Association. Adventists, and notably Alonzo T. Jones, in the late 1880s vigorously challenged this move which was seen as a fulfilment of Revelation 13. During this period, Ellen White wrote,

“I have been much burdened in regard to movements that are now in progress for the enforcement of Sunday observance. It has been shown to me that Satan has been working earnestly to carry out his designs to restrict religious liberty. Plans of serious import to the people of God are advancing in an underhand manner among the clergymen of various denominations, and the object of this covert maneuvering is to win popular favor for the enforcement of Sunday sacredness.” —Ellen White, Review and Herald, Extra, December 24, 1889.

At a time when Adventists were being jailed for not “resting” on Sunday, one can sense an ominous sense of urgency in her statements which include “soon-coming conflict” (GC 592), “movements now in progress” (GC 573), “In the events now taking place is seen a rapid advance toward the fulfilment of the prediction…” (GC 579), “The Sunday movement is now making its way in darkness. The leaders are concealing the true issue” (5T 452), “Protestants are working in disguise to bring Sunday to the front” (5T 449), “We have been looking many years for a Sunday law to be enacted in our land, and now that the movement is right upon us…” (LDE 125).

It is noticeable that the use of the present tense and earnestness in her tone reveals a reference to something immediate and imminent during her time. At the same time, as Catholics from Europe were moving into the United States, it is easy to pick up in her writings strong language including “popish,” “popery,” and “Romish,” revealing the prevailing attitudes toward Catholicism. Consequently, it should not surprise us that the scenario projected in Great Controversy and her other writings is deeply embedded in the religio-political issues of the 1880s, a point which many ignore. Taken out of context, these statements become fodder for conspiracy mongers. They are manipulated outside their context into conspiracy theories with news headlines used to back them up.

Even though the Sunday Law was never passed in her day, it does not cast doubt on her inspiration but rather, as Jon Paulien puts it, “logically positions her predictions in the realm of classical prophecy” which is conditional. The story of Jonah presents a classic example of how God can turn an unambiguous prophecy of doom into a conditional one, thus defying human expectation. Maybe its high time we move away from a rigid distinction between classical prophecy and apocalyptic prophecy and allow God to work in His own way. It is by taking White’s statements outside of their context, rigidly clinging to a certain fulfilment of prophecy, that we have become vulnerable to conspiracy theories.

Adventist pioneers were persuaded that Christ was about to return and that the final crisis was about to begin. They had witnessed the signs of the end, experiencing rejection by other Christians, and somehow felt that dragon was angered against them as a small remnant. But here we are over 175 years after 1844, and the context has changed. As Adventism has become more institutionalized and the element of urgency has slowly waned as interest in religion is waning, secularism is growing, and religious exclusiveness is no longer tolerated. This has made it difficult for the remnant to keep portraying itself as an object of attack by other Christians or by civil powers.

However, that the context today is far more different than what our pioneers faced has largely been ignored. Our vulnerability to conspiracy theories can only be cured when we begin to critically examine our long-held positions. We have inherited a defensive motif such that our doctrinal beliefs are presented with an opposing audience in mind. Our fixation with detailed predictions has reduced us to a crisis-centered people. Our history aptly confirms how futile it is to hinge our relationship with God on a coming crisis or event. Ours should be a faith and a message that need no crisis or predictions to propel it. A conspiracy theory driven faith is exhausting as much as it is restless.