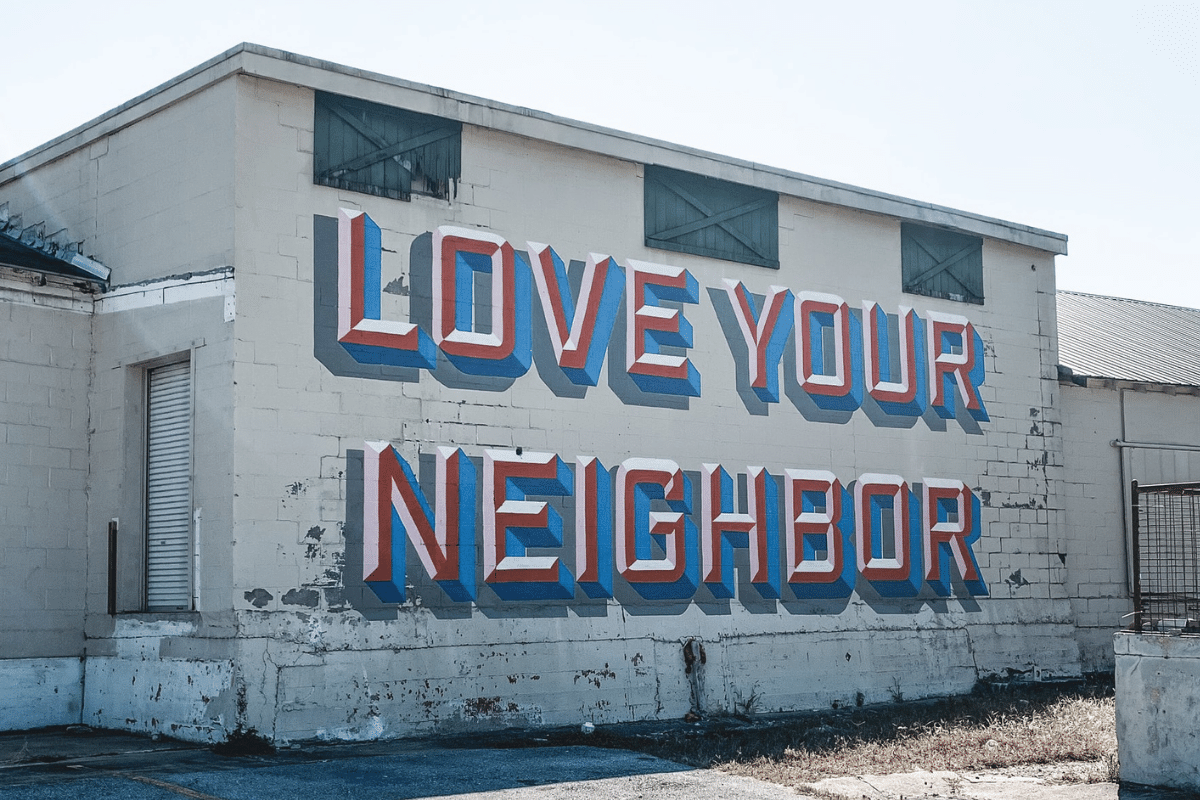 “I wish more Christians were like you.” This statement caught me off guard. It came from a co-worker who had grown up somewhere between Sikhism and Christianity. She had attended a local Christian school that left a bad taste of the faith. I had actually done a teaching practicum at that school and was able to dissect the various issues she had been left with. Through honesty and openness that had been established beforehand, she came to see that Christianity is much more than the small example she was given.

This moment got me thinking about past jobs. At one, my atheist manager and I agreed on the character of God (if he were to exist) and he stated he would join my church if he ever believed. This, after I had worked my way up to a shift manager and was trusted enough to have warehouse keys. At another job, a co-worker who had left an ultra-conservative context still agreed about there being “a god,” but said she just remained focused on being a good person. Only after working for months with each other did she start to share her views because she had non-judgmental and relational space with me to do so.

What I thought “normal” about all these interactions I have come to see as the exception, not the standard. I cannot take credit for placing people at the center of importance, as it was something I grew up seeing. It was modeled by my parents and reinforced by my teachers (some Adventist, some not), hence why I thought it was the norm. But then, I started to get more involved in the church while at these various aforementioned jobs, and now as a staff member at a Seventh-day Adventist school. This led me to realize that we push people out of the whole of Christianity because they do not fit into our little section of Adventism.

In preparing my graduate thesis, I have researched both the historical and current modes of how Adventism views “truth.” It is seen and taught as an objective reality that we hold exclusively; other Christian denominations less so and certainly no one outside Christianity. Armed with this exclusivity, we present ourselves as divine truth holders and self-promote that everyone should obviously become like us. This leaves us bewildered, perplexed, and confused as to why people leave the church in such large numbers. We ask ourselves, “how can they just abandon the truth?” Because we have forgotten to place people (the -praxy) at the center of our church without the self-imposed need to assault them with our “truths” (i.e., actions do matter).

Søren Kierkegaard wrote a story of a madman who escapes an asylum. Not wanting to be sent back, he thinks of how he will blend into the crowd. So, he starts to say “the Earth is round” over and over again. Soon enough this man was spotted and sent back to the asylum. Yet why was that so? Is the Earth not round? As Kierkegaard wished to point out, we must learn how to present and ultimately live the “truth” opposed to just saying it over and over again. Right knowledge (the -doxy) will be of no use if people do not feel recognized and loved. And from what I have seen, beating them over the head with “truth” still will not help.

Faith is more than truth statements. We Adventists have a tendency to view truth, or our 28 versions of it, as collectors’ items to be displayed but never opened from their original packaging. We will debate with non-Adventists (even our fellow church members) until our faces are blue, sometimes even red in anger at people missing what we see as so “obvious.”

We must come to terms with the fact that “truth,” though important, in and of itself does not automatically set people up for a life of faith. We need to get out of the mental block that merely projecting or marketing our Adventist view is enough. Why do people leave the church? Because though they may have heard the Good News, no one showed genuine interest in them as a person. They leave because they want to be more than an attendance number, or as in the case of one plumber I know, more than free work on the church’s toilets. How can the church remain a refuge from the crazy world when it fails to see and engage the imago dei that Jesus died for as its first, second, and third priority?

I have heard it asked may times “why should people come to our church?” But I have yet to hear “Why should people stay at our church?” The first question is a short-term view that allows for a high turnover rate. Or, as one Eastern Orthodox priest told me of protestant churches, “big front door, big back door.” This is the environment that fast food restaurants wish to create, and we have fallen into their cycle. When we start to wonder why people should stay, not only will that answer why they should come, but also shift the focus back to people and away from our glass display cases of truth as being the foremost transcendent goal of spirituality.

A recent note addressed to me with no return address was dropped off at the school I work at. Though it stated that I am “…very important and loved more than [I] know,” its listed Bible verses painted a very different picture. Through verses such as Proverbs 20:1, Leviticus 19:28, and Romans 13:12-14 (indeed pulled from their contexts), I began to recognize its true purpose. Being called a drunk in need of saving is not something I am quite used to, but honesty, I am not surprised. My brother (a self-described jaded old man) emphatically stated this as the “…actions of people who push kids away from religion. [This is] the cancer of the church.” Protective older brother bias aside, he is correct. When we remain steadfast that articulation of our belief structure alone is the fullness of what it means to be religious, cowardly acts like this note will continue to propel people away.

I am not pushing for us to give up theological investigations. Rather, as Raimon Panikkar shares, merely remembering that God is not a mass of logic from which we draw conclusions. Meaning the subjective nature of how people experience truth needs to play a much larger role within Adventism. Cultivation of belief, as seen through Jesus’ ministry, comes through an active practice of loving people. My atheist manager may never come to faith, but he knows of our church and views it as worth checking out if he does change his mind. But that change is not up to me — that would induce pride — for it is the work of the Holy Spirit.

The metaphor of Christ being the head of the church and we the body comes to mind. This image directly calls us to what Andy Stanley shared in a sermon, “[people] are more important than my view.” Adventist culture needs to shift from a head knowledge game to a heartful view of reality. Our obsession with the Book of Revelation is the trademark of how we wish to place ourselves on a throne of knowing the “right stuff.” I remember once, as a kid, asking my dad why church seminars only ever seem to be on Revelation and nothing else. Through a slight grin he replied, “because the old people want to feel good about their lives before they die.” If only some of those seminars could have been on pneumatology.

My atheist manager and I did agree that God is neither provable nor disprovable. I know that for me, a Christian teacher, such a thing might seem like a renouncement of faith, but it is not. For I know we will not come to know God fully until His return, but more importantly, I know that if we did prove God, we would fall in love with the proof, not the actual god. This keeps me from seeing head knowledge and its warriors’ class of apologetics as anything more than a small facet of Christian spirituality, and certainly not its pinnacle. Our ultimate example is through relations, not arguments, through habitual virtues of loving people and creation, not billboard written truth claims.

To turn “I know (gnōsis) therefore I am” into “I am called, therefore I am” will be a hard transition for us to make, but it is one me must endeavor to do if we are to remain a faith community worth engaging with. Until then, I am continually spurred on by my former pastor’s example of when he gave a church member one of his kidneys. That is the church I want to help create and be part of.

Photo by Derick McKinney on Unsplash