Not Fair at All

Not Fair at All 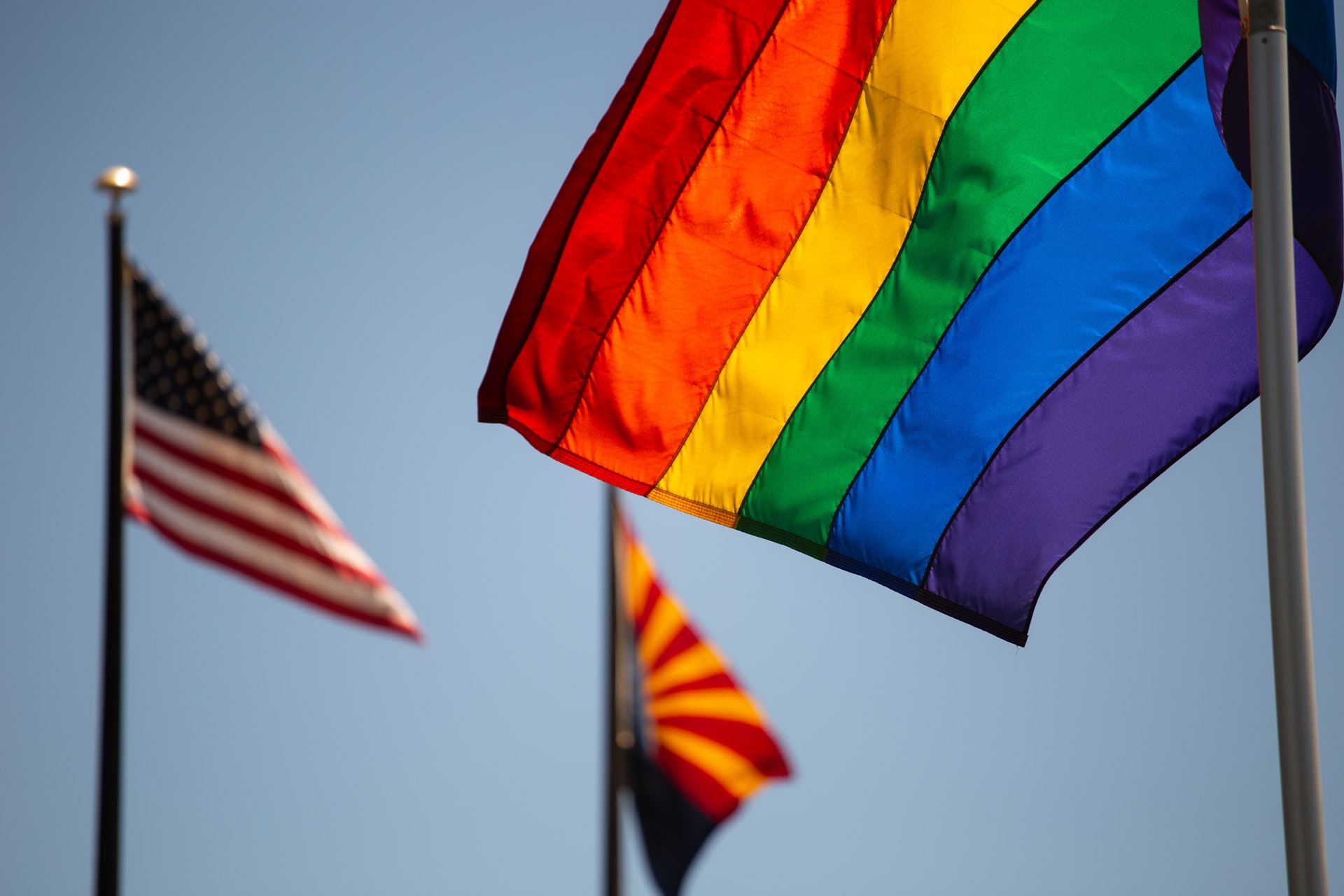 Last week Thursday the House of Representatives passed the Equality Act. This is now the second time this body passed this legislation, the first time being in 2019. I spoke about its passage and some of the criticisms in this forum. In short, the Equality Act seeks to add sexual orientation and gender identity to the classes protected under the Civil Rights Act of 1964.[1] You would think this act’s re-passage would be of little consequence. However, the difference between now and then is that in December of 2019, with the support of the Adventist Church, a different piece of legislation, the Fairness for All Act, was presented to Congress. In light of this development, the Church publicly commented on what it saw as a negative event. While proponents describe the Fairness for All Act as “a balanced approach” to solving the tension between religious freedom and anti-discrimination, it creates what should be an untenable compromise. This legislation asks the LGBTQ+ community to accept a second-class status that is better than the one they hold now, instead of the equality they deserve.

According to the documents and articles in official Adventist publications, the Fairness for All Act seeks to strike a balance between the need for rights for the LGBTQ+ community and the need to protect religious liberty. One of the criticisms lodged against the Equality Act is that there is no explicit protection for religious organizations. In fact, the Equality Act explicitly states that religious adherents cannot use the Religious Freedom Restoration Act as a defense against a charge of discrimination. To strike this balance the authors of the Fairness for All Act concede that some discrimination against the LGBTQ+ community is unfair. To that end, the Act does provide protection for the LGBTQ+ community in areas like housing, employment, financial services, and even bullying and harassment. To protect religious institutions the legislation provides protections such as allowing religious organizations to employ according to their beliefs and teach their beliefs in schools, among other protections.

However, the Fairness for All Act creates a new right for people of faith. The proposed legislation allows small business owners[2] “to continue to earn a living without being forced to provide services that violate their beliefs.”[3] This provision exists seemingly in response to cases like Masterpiece Cakeshop Ltd. v. Colorado, which raised the question of whether a conservative Christian baker had to bake a cake for a same-sex wedding. While that case is legally complex, the drafters of Fairness for All create an exemption that reinforces the second-class status of the LGBTQ+ community. Under a Fairness for All rubric, the LGBTQ+ community will continue to face discrimination that is illegal when applied to other groups. For example, if the same baker had a religious reason to deny service to a Black couple, or if he refused to serve a woman until she brought her fiancé with her because he believed in traditional gender roles, that baker would be liable for discrimination based on race and gender, regardless of his religious beliefs. If the baker refused to serve a couple because they were Adventist, the same rule would apply. Even if you concede that the issue of a baker may have unique circumstances, the Fairness for All exemption applies to all small businesses owned by people of faith. That means the LGBTQ+ community can be discriminated against in their local hardware store, deli, clothing store, or literally any small business that decides they have a religious reason to discriminate against them, and they would be the only group that would be facing this treatment.[4] The only way this is not true is if the proponents of Fairness for All are intentionally creating a system where religious small business owners can openly discriminate against anyone who they deem theologically unworthy of service.[5] I highly doubt that the church is openly supporting legislation that would lead to racial discrimination.[6] As such, it seems that the drafters of Fairness for All created a system where the LGBTQ+ community has more rights than they used to, but not as many as almost everyone else. In short, they are asking the LGBTQ+ community to trade away some of their rights to get others.[7]

The question remains, however, as to how we should handle this problem. Based on the issue as it has been outlined, the problem seems insolvable. It pits two American values against each other by asking an unanswerable question: What happens when someone’s religious beliefs lead them to discriminate? There can be no compromise there. Either a religious adherent can discriminate, or they cannot. From a logical perspective, it also is unfair for some types of discrimination to be okay while others are not. Either oppressed groups have to live with the fact that they can be denied service whenever the server has a religious belief that is against them, or they get to live lives equal to every other member of society. For all the wishing and hoping of the religious liberty leaders of our church there is no compromise there. The LGBTQ+ community either has all the same rights as everyone else or they don’t. The Fairness for All Act sets up a system in which they don’t. And there are no half-measures and “concessions” that can cover that fact.[8]

Moreover, by examining this problem in this way, we fail to recognize that as a society we have already answered the question. On the one hand, religious organizations can discriminate. This has always been true and remains true to this day, despite the fact that we have a civil rights act that says you cannot discriminate against certain groups.[9] However, when as a religious adherent you engage with the society around you, you cannot discriminate.[10] And that applies equally to all faiths. If a Muslim wanted to refuse service to a Christian, it would be just as wrong as a Christian who refuses to serve a same-sex couple. Once your religious adherence harms someone in a way society deems unacceptable, you lose the right of free exercise. For as long as this nation has cared about ending discrimination, that has been the answer.[11] And after some handwringing, Christians have largely accepted this answer — until a group came along that challenged their commitment to equality.[12] So instead of allowing this group their equality and the ability to exist in society on the same terms as everyone else, the proponents of Fairness for All are attempting to create a new free exercise right, one that won’t be available to almost anyone else,[13] that will allow them to continue the discrimination that they believe is justified. Yes, that seems very fair.

[1] If you want more information on the Equality Act, please reference my post from 2019, linked above.

[2] Defined in the act as owners having less than 15 employees.

[4] It occurs to me that someone might attempt to argue that this may only affect a small number of people. First, I would respond that once something is legal, people who want to will take advantage of it. Second, I would quote the wise words of Dr. Martin Luther King, Jr: “Injustice anywhere is a threat to justice everywhere.”

[5] A little background here that is important to understand from a legal perspective. Because of freedom of religion, courts are loathe to make judgments about the validity of religious adherents’ beliefs. Therefore, all a religious adherent must do is assert a faith justification and they will be believed, even if there is evidence that no one else in their faith believes that or even if the belief is factually incorrect. For example, in Hobby Lobby v. Sebelius the court ruled that the owners of Hobby Lobby did not have to allow certain medicine to be covered by their insurance based on the owners’ belief that those drugs were abortifacients. The fact that the drugs were not actually abortifacients was irrelevant to the legal determination.

[6] I have been asking this question for years, even before these dueling pieces of legislation came out, but even more so since. I have even asked this question directly to people officially affiliated with religious liberty in Adventism and have yet to receive a satisfactory answer. From a principle perspective, I cannot see how this does not allow for all forms of discrimination based on religious faith. If the small business owner can turn away a same-sex couple based on his/her religious beliefs, why can’t they turn away Black people? Or women? Or Muslims? Or Jews? There are three responses I hear most often, and they are all flawed. First, some argue these other categories are already protected under the law. That may be true, but that just makes the distinction arbitrary. To rely on the fact that the other forms of discrimination are already outlawed as the only reason means there is no actual reason. Second, some argue that if small businesses did this, they would lose money and go out of business. Of course, that is just speculation, but we should also wrestle with the phenomenon that discrimination often doesn’t make any sense economically, and yet it was codified into law until about 60 years ago. Third, some attempt to argue that there is a difference between sexual orientation (and gender identity) as a choice. Even if that were true, religion has the same level of protections as race and sex in this area and religion is also a choice.

[7] The simplest way to think of this is as a colloquial negotiation. “Now you won’t have the protection of the law to be served in every establishment you walk into like we can, but at least you can’t be fired or kicked out of your home anymore! Isn’t that better?”

[8] I use “concessions” in quotes here because it pains me that we could ever think of allowing a group equality in housing and employment as a concession.

[9] For example, the Adventist Church does not have to hire women ministers, give them equal credentials, or treat them fairly.

[12] To be honest, many Christians did not accept this answer on the issue of race easily, and I think it can be argued that some still haven’t.

[13] To be clear, when I say that this right won’t be available to anyone else, I am just reiterating the point that small business owners could not do this to people of a particular race or sex, or people of other faiths, for example.

Photo by Ben Mater on Unsplash