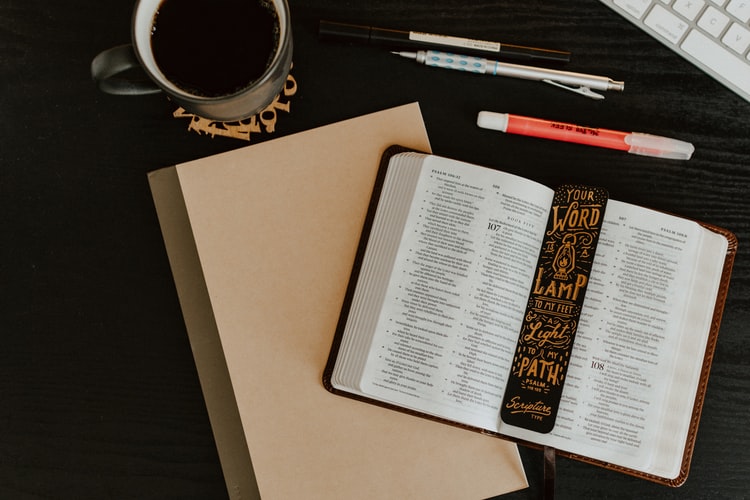 Organizations, founded and based on shared values, will form an identity and subculture. If the importance of the values is weak, perhaps like various fraternal organizations, then commitment may be fluid and marginally important to a member. But for many religious organizations, such as Seventh-day Adventism (SDA), the values and identity can be substantial. This is, in part, because religions seek to understand what God is like and wants from mankind. It centrally affects our ethics and provides hope beyond death. It doesn’t get more important than this. A religious organization’s beliefs tend to be formally codified into doctrine, but there are other important aspects to a subculture that, while perhaps not written down, are still understood to be somewhat normative.

Yet this cluster of belief and practice is not static. The longer a group exists the more its norms are subject to investigation and possible change. This process is rarely, if ever, stress-free for the membership. Individuals understand their group beliefs differently, imperfectly and with varying priorities and boundaries. And the organization must also interact with surrounding cultures, which change over time. Consequently, the more time that passes the more the group “shape” – of beliefs and practices – gets examined and sometimes modified.

For some, theological change is considered progress – and welcomed. For others, it is resisted –  even abhorred. Religious institutions view themselves as being in the truth-seeking business, thus any agreed change would presumably involve embracing more truth, not less. Yet change could instead result in a move away from truth, toward greater error. Thus a legitimate conservative concern would be that the organization needs to be very cautious – to retain the “faith delivered to the saints.”

Throughout its history Adventism has had its share of issues where opinions on doctrine were in conflict. And yet, change has occurred. Some examples:

– The “shut door” doctrine, held in the early years following the 1844 Great Disappointment. The fledgling church shifted away from this belief by about 1854.

–  Arianism, which maintained that the Son of God was created by the Father and was therefore not co-eternal. Many pioneer church leaders espoused this and Trinitarian acceptance coalesced slowly throughout the 19th century.

–  Degree and nature of Ellen White’s inspiration. Adventism has struggled with this throughout its history, notably documented in the minutes of the 1919 Bible Conference. But, in the 1920s and following, there was a shift toward a more inerrant view of Ellen White (EGW), corresponding to a trend in conservative denominations toward fundamentalism. This emphasis has slowly diminished throughout the late 20th century, notably marked by the 1970s investigations into EGW’s literary borrowing.

–  Eschatology. 19th century orthodoxy was semi-codified in the book Daniel and Revelation, by Uriah Smith, endorsed by Ellen White. In the late 19th century a US legislative push toward Sunday Laws seemed to validate key components of SDA understanding. But history since then has been hard on the sort of confident conclusions espoused by Smith, and currently I think it is fair to say that many Adventists deprecate the traditional expositions, preferring to focus on more general and central Christian doctrine.

These examples indicate an organization that has had to deal with issues throughout its history. It has not remained static, but has also certainly not experienced stress-free change. One might, at first glance, think that vetting a prospective different doctrinal position for a denomination would be purely the province of theologians, who would evaluate the old and new, then pronounce judgment. If a new view seemed more biblically sound, then church administration would disseminate the “improved” theology by educating members via mechanisms like the Sabbath School Study Guides. But, of course, this is not at all what happens.

In reality, change is very difficult. And that is due to at least two non-religious factors: 1) sub-cultural momentum/inertia (depending on your perspective); 2) human psychology. And they overlap.

Prospective change doesn’t occur in a cultural vacuum. Any religious group has doctrinal and lifestyle norms and Adventism has some fairly intense ones. Within the cluster of SDA beliefs, Adventists historically have strongly focused on eschatology, with the denomination seeing itself as playing a central role in the end-time scenario (the “Remnant Church”). Adventism also recognizes Ellen White as having some level of prophetic authority which, while a range of views exist, still has been a central facet of living in church culture. Among lifestyle standards Adventists have a strong investment in healthy living, sometimes elevated to de-facto doctrinal status. Such expectations constitute presumed orthodoxy and thus – quite understandably – do not and should not face as much scrutiny compared to whatever alternate views might be proposed to modify them. Thus change has had, and should have, an “uphill climb” to gain acceptance. This is what I mean by momentum (or inertia). Change has to stop the time-forward movement of a status-quo. People enter the subculture either by conversion or family acculturation. If by conversion they would likely be persuaded that the current orthodoxy is true – else they wouldn’t convert. If born Adventist, their family (and extended church family) typically would have taught current orthodoxy throughout their childhood and adolescence. In both instances a certain status quo acceptance level would exist. Thus church-wide change necessarily involves reorientation by a significant number of lay members, people who generally aren’t well versed in theological nuance. And usually have time-consuming basic-living tasks to deal with, preventing much focus on whether something new ought to replace the current norm.

People do not change their beliefs easily, once they have been solidified. This is true generally, not just in the religious sphere. Considerable research has been done on this. One might initially think that everyone would be interested in jettisoning personal belief error, if they think they have been mistaken. And, desiring to be truth-seekers, they would proactively test their current beliefs. But that’s not how people behave.

Here are a few categories of difficulty regarding belief modification:

–  Slippery Slope: Perhaps the most ubiquitous and entrenched problem is the (often subliminal) fear that if something, anything, in one’s belief system is wrong, then that mistake might not be the only one. So there’s no telling how far the unraveling might go. Because religious belief crucially involves the prospect of life beyond death, the fear is that any failed belief would continue a slide down to nihilism. This is an existential fear. Thus successfully burying the possibility that a given belief is wrong can keep the believer’s current worldview structure more-or-less intact.

– Sunk Cost: Once you have committed to a belief you likely become invested in maintaining the view that the belief is true. It is embarrassing to admit to yourself (or others) that you have been wrong. It affects your pride. So a person’s accepted belief cluster creates a religious positioning and there is a strong tendency to defend it against counter-evidence.

– Confirmation Bias: Because there is existential fear and possible loss of pride in being wrong, there is also a strong tendency to search for confirmation of one’s current beliefs, in arguments and evidence offered by the surrounding culture. In politics, for example, right-wing Americans have been noted for tuning into places like Fox News, while left-leaning citizens might look to MSNBC, CNN, Washington Post, etc. In science, there is a method for demonstrating whether a hypothesis is trustworthy. It involves attempting to falsify the proposition. In general society, however, people typically do just the opposite.

–  Availability Heuristic: Coined by Kahneman and Tversky, this is a tendency to overweight personal history and familiarity with already accepted arguments when evaluating a new possibility. Thus, if you frequent a subculture that reinforces certain ideas you would find the favorable arguments for these ideas more recallable. Finding, understanding and evaluating some counter-argument would involve effort to go outside your normal society in an attempt to learn what critics might say about the ideas. This is a falsification exercise, and it involves proactivity, which takes significant effort.

Individual church members who personally find themselves misaligned with current orthodoxy would likely take one of two options. If the disagreement is severe enough – they leave. Otherwise they simply go silent on the points of disagreement, or at least discuss them cautiously. Church administrators, theologians and pastors, on the other hand, have additional considerations. The church has a history of harsh dealing with those who promoted heterodoxy. Exhibit A is Desmond Ford, but there are other, lesser-known examples. The point is that there is an economic risk to someone in church employ who is too public in disagreeing with current orthodoxy. In the extreme, you could lose your job. But you could also be subject to career limitations if you develop a suspect reputation. And the suspicions don’t necessarily originate with your superiors. Conservative or reactionary members have sometimes harmed reputations. And an Adventist pastor cannot easily move to another denomination, even if they were so inclined. Consequently church employees are typically risk-averse.

And What About God?

So far I think readers might be justified in wondering if I am treating the church as just another human organization. So what role might we expect God to play in guiding the church “into all truth” (John 16:13)? And what about the well-known (within the subculture) Ellen White quote:

Also, many SDA conservatives have, at various times, used this EGW quote:

“When the judgment of the General Conference, which is the highest authority that God has upon earth, is exercised, private judgment must not be maintained, but surrendered.” (Testimonies for the Church, Volume 3, p 492)

to buttress the view that whatever the General Conference has authorized is therefore God’s viewpoint. But the 1888 SDA General Conference argues against such a conclusion. In that controversy Ellen White opposed what was then the orthodox view supported by the General Conference authorities. However, far more broadly, it has never been generally true historically that God has overridden human freedom of decision in clarifying what is sound doctrine. Errors have occurred throughout the centuries. So what then is God’s involvement?

I don’t think anyone can answer that question with anything like satisfying precision. By faith we can accept that God “bestows His supreme regard” on the church (not just Adventism) and can prevent catastrophe, at minimum. But it also seems obvious that God is not micro-managing the doctrinal course of any denomination. Some Adventists would struggle with such a view, because the denomination has self-identified as the “remnant church,” presumably meaning the last-day repository of truth into which people belonging to apostate churches would come in to. But, whether this is true, or whatever limits to its applicability might be justifiable, it is a hard sell to suggest that God’s “supreme regard” means the organization is doctrinally error-free.

Human organizations are messy. Faulty, political, subject to factions. A collective that will never hold enough uniformity of belief to avert controversy. Thus change comes hard – even if God is behind the scenes pushing as much as possible, yet respecting free will. Individuals can and should make private decisions about right and wrong belief. Then, if they choose to stay as members of the church, I think they ought to have somewhat modest expectations for relatively-rapid change. The best (and perhaps only effective) posture is to strongly support a climate in the church where low-risk dialog can take place. And proactively look for opportunities and contexts where arguments pro/con concerning some doctrinal or cultural change – can be productive. Then participate at every opportunity. But finally, however frustrating, be somewhat patient as enough members and leaders work through the Berean task of “Let[ing] every man be fully persuaded in his own mind.” (Romans 14:5).