In Memoriam to the Living: A Shout-out to Spectrum Commenters

In Memoriam to the Living: A Shout-out to Spectrum Commenters 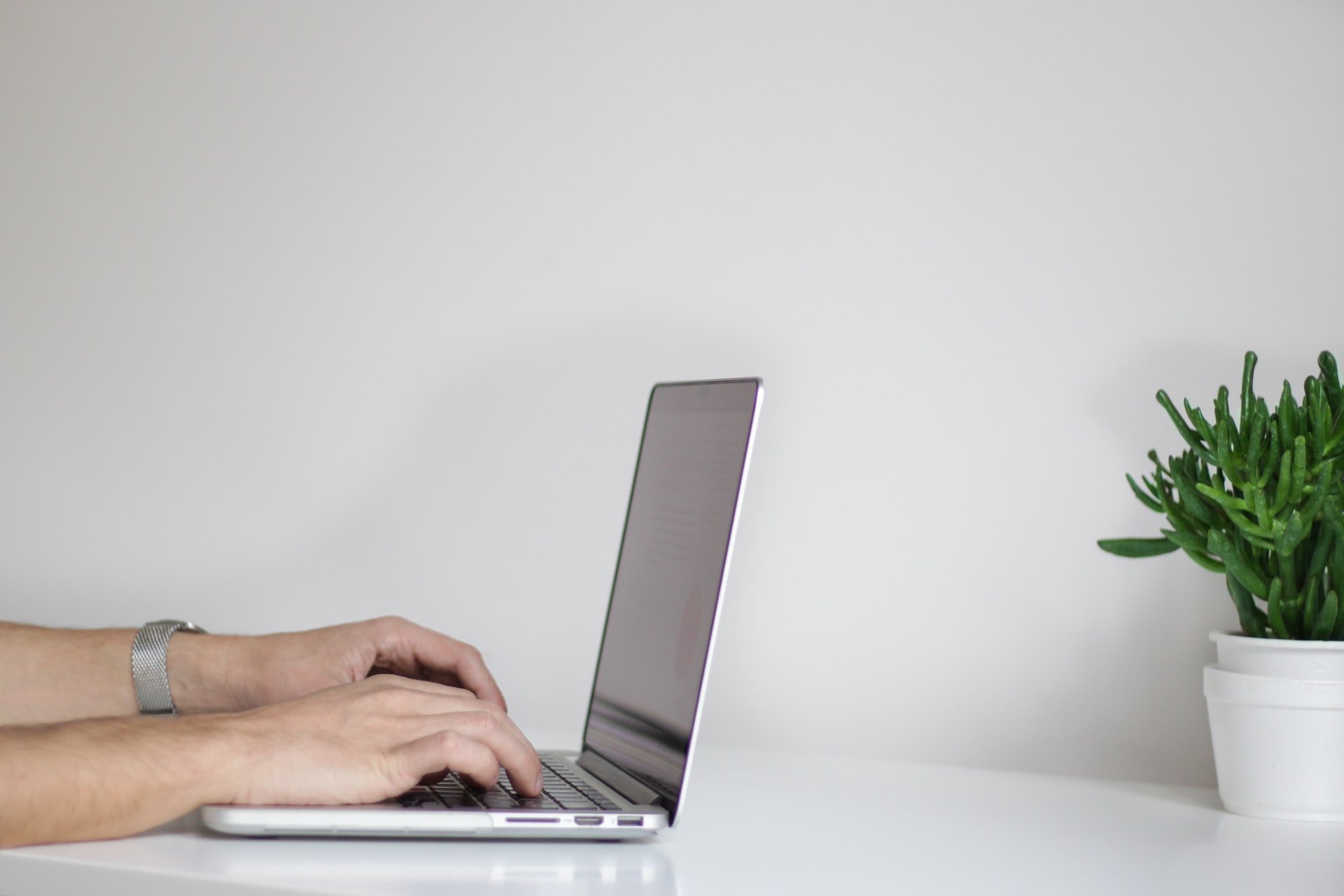 The Akan people of Southwestern Ghana have a tradition of naming their children after long-dead ancestors, a reflective attempt to provide their young with exemplary models. That the actual lives of the exemplars are sometimes sanitized for the desired effect is considered a minor trade-off. The rationale behind this practice seems self-evident. If one’s father, for example, was a scoundrel, his children wouldn’t have to be saddled with the taint of his name during their lifetime. If a saint, his name would live on in ancestral lore, as future generations would celebrate his memory by naming their children after him.

An elaborate choreography surrounded the naming process as the women of the community busied themselves in anxious hurry, impatient for the occasion to begin, while the men made a play at pretended leisure by repeated telling of exploits of long-dead ancestral greats. When a child was born, their parents petitioned the father’s clan elders for a fitting name, which had to be supplied within a week. By custom, the name chosen was almost always of a clan “luminary” far removed from the memory or experience of the child’s parents. Their actions might appear otherwise to the untrained eye, but the leaders took their responsibilities seriously. Through a series of seemingly endless meetings, where a long list of proffered names was considered and summarily rejected, they always settled on a consensus name in time for the official ceremony, which took place on the child’s eighth day after birth.

But the newly born was not bereft of a name during the one-week interregnum. As tradition dictated, every child came into the world with an automatically-assigned name corresponding to the Akan weekly day of their birth. So a child born on Sunday came to the world as Kwesi if a boy and Esi if a girl. A Monday boy would be Kwodjo, while his girl counterpart was called Adwoa, etc. If like me or the first president of Ghana one happened to have been born on Saturday, the stand-in name was Kwame, or Ama for a girl.

Coincidentally, Akans even have a day name for God, Kwame, because God is believed to have consecrated Saturday and dedicated it for his worship. By contrast, they make no differentiation with regards to day names for white men. Every white man, regardless of his actual day of birth, is called Kwesi, as though they were all Sunday-born. The reason for the attachment of Sunday to all white men goes back to the European colonization and resultant Christianization of Akans. Almost exclusively, the European missionaries who introduced the new Christian deity to Akans were white males. And it was these white men who declared that their new god preferred to be worshipped on Sunday instead of Saturday. The society seemed to have acquiesced to the change, but not with conviction. And as a hedge in case their old god did not sanction the change, in a conspiratorial move they left an unambiguous reminder that ingeniously tied the day switch to the original culprits—white men. And they were none the wiser.

The ostensible reason for a one-week delay in providing the child an ancestral name was actually as an act of kindness toward the child’s parents. The practice dated back to a time when infant mortality was so high that the child’s survival odds beyond the first week were the equivalent of tossing a coin. And since to the Akan people a formal name signified “presence,” the naming ceremony was an affirmation that the child being named “had come to stay.”

A week was the rough estimate of a child’s chances of dying or surviving. So if the child died before day eight, it was universally concluded that they were just “visitors”—sojourners who were only “passing through.” Consequently, by not investing in children the ancestral naming ritual before they demonstrated their willingness to “stay,” the parents were somewhat spared the full painful force of subverting the natural order if the child died before being named. Of course the parents grieved, but their grief was tempered by the belief that their unnamed child only came to visit and left at an appropriate time before parental bonding could mature.

Humans in many cultures, and even some in the animal world, have simple or ornate rituals of pausing, however briefly, to remember dead members of their community. Through such acts we seem impelled to temporarily cease from life’s incessant activities to tell the world that the recently dead was once among us, and we were blessed by their presence in our lives.

Bonnie, Larry, Charles, Gail, Richard, and Reinder’s beautiful testimonials of Robin Vandermolen’s hugely impactful life and sudden death follow this tradition. As I read their tribute on the Spectrum website, I was transported in time to Dr. Waller’s performance reading of Alfred Tennyson’s elegy to his bosom friend, Arthur Hallam, whose untimely death at 22 is immortalized by In Memoriam, perhaps the most representative poem of the memoriam genre. Dr. Waller’s booming voice still rings in my ears as I recall him reading some excerpts such as the following from the poem:

Forgive my grief for one removed,
Thy creature, whom I found so fair.
I trust he lives in thee, and there
I find him worthier to be loved

Break thou deep vase of chilling tears,
That grief hath shaken into frost!

Such clouds of nameless trouble cross
All night below the darkened eyes;

Unlike Bonnie and her co-memorialists who had personal connections to Robin, I did not know him well, save through his occasional biographical snippets that accompanied his often-passionate commentary on Spectrum articles. Except for the one time I got an unexpected call on Facebook Messenger, the caller simply introducing himself as “Robin.” And as if sensing my confusion, he quickly added, “I share your views in your Spectrum articles and often comment on them.” He swiftly proceeded to tell me why he called: to verify for himself something an acquaintance had said about me, that I was actually a liberal American Adventist just fronting as an African to advance liberal positions in my column essays. “Now that I’ve heard you speak, I’ll put that nonsense away,” he said with some vehemence that signaled finality on the matter. He was very gracious in our brief conversation. And having learned more of who he was following his death, I wish I’d had the opportunity to know him better.

I have since gone back and re-read some of Robin’s comments to my articles. He was right in his assertion of shared viewpoints, but not entirely. On more than one occasion he was so incensed by a position I had taken that he “threatened” to withdraw his financial support from Spectrum. I suspect he never really meant it because his commitment to Spectrum’s mission was deep and enduring. But those occasional bursts of indignation from one so fiercely protective of individual liberty, yet whose economic and political leanings were decidedly right-of-center and appeared to war against his social interests, are a good demonstration of the complexity of commenters and the diversity of viewpoints present on Spectrum—a diversity of thought that provides the environment for current and former restless Adventists who still find a home within a larger tent Adventism that is almost exclusively the Spectrum domain.

This set me thinking about the uniqueness of our Spectrum community: an amalgamation of disparate individuals with “deep” connections to the Seventh-day Adventist Church. Some with unshakable loyalty, others intensely skeptical, the rest in-between. I would like to believe that they all come to Spectrum in search of a better light. The discussions fostered by this longing search for “truth” are some of the most exhilarating anywhere. Community members engage in passionate advocacy for and against doctrinal orthodoxy, Adventist or otherwise, constantly clarifying perceived misstatements, misunderstandings, or misconceptions. Sometimes the disputations get heated, as one might expect, and sentiments veer into difficult and uncomfortable areas. Then we “shout” at one another and even “bare our teeth.” But on numerous other occasions, laughing comes easily and empathy flows unbidden like water falling down a mountain path.

This behavior is not unlike what happens in any family. And in a striking way, frequent commenters on Spectrum are like members of a prototypical family, dysfunctional warts and all. We offend and get offended by our comments and viewpoints. Yet because we are family, and adult members at that, we find our way back to the next family gathering. Sometimes when hurt feelings are raw, we take the healthy step of skipping a gathering or two, but we should resist the temptation to turn our backs indefinitely, as no one else can fill the void we leave behind. But more than the camaraderie, or for some the adversarial give-and-take, what keeps bringing us together, it seems to me, is our reluctance to let our minds lie fallow, or worse, go to waste. Which is another way of saying most Spectrum commenters think and are not afraid to share their thoughts.

But it is not always only about deep thinking. I would also miss the pedestrian activities that occur on Spectrum, which lightens the mood. Like the periodic updates from George Tichy about the goings-on in his parakeets’ kingdom. In the same way, I miss the psychoanalytic musings and free counseling offered by George, Elmer, Kim, and Cfowler, whose dedicated ministry to our collective mental health often kept us grounded when our fancies would rather take flight. I’ve caught myself involuntarily inching my body closer to the laptop during those special moments when Sirje, Jeremy, Allen, Frankmer7 or JXLB, Timo, Harrpa and Matt (Thenerdwithin)—to name a few—hold court and are at their erudite best, dissecting positions that another holds dear. One of the sharpest minds I grew to appreciate on Spectrum was Elaine Nelson’s. It’s been a while since I saw a post from her. If I remember correctly, the last was when George visited and reported of her well-being, so perhaps George could give further updates.

The point of all this is that I believe we have the power to turn the traditional memoriam genre on its head, instead of only being about the dead. Because at that point they “know nothing.” We do this by letting the living know, while they’re alive and can appreciate the gesture, that we recognize and enjoy their presence within our shared community. So, at the risk of omitting some names, here is my partial list of frequent Spectrum commenters whose knowledge and ideas have enriched my worldview and made me a better-informed Christian. And for making Spectrum the go-to place to clarify and share our uncensored thoughts, this is to you:

And those who have made this possible: Alexander Carpenter, Alisa Williams, Bonnie Dwyer, Carmen Lau.