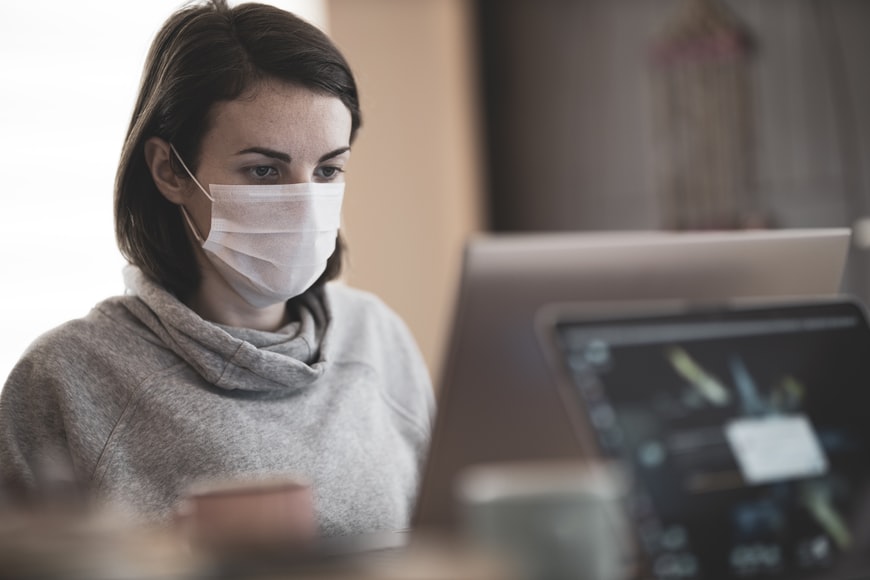 Differences within any group are understandable. Any time people coalesce around a centralizing idea, differences of opinion on how to live as a community are bound to occur. Whether we are talking about a nation, town, school, or a family, people will have their own ideas about what is best. Christianity, obviously, is no exception. So it is not surprising that differences would exist within this group (or any strain of the group, like Adventism), about the relationship between church and state, or how to address racism or sexism, or how we should comport ourselves on the Sabbath. Neither is it surprising that there would be differences about how Christians should respond during this global pandemic. But it is confusing. The response of some of the most prominent elements of American Evangelical Christianity—a response that shuns the common sense measures that are proven to arrest the spread of the virus, a response that sows mistrust in the effectiveness of a vaccine—seems to be antithetical to the most basic tenets of the Christian faith, to the point where such a stance even seems internally inconsistent.

First, there seems to be an internal inconsistency within the Evangelical movement about the importance and sanctity of life. In short, one would not expect a movement, whose central political issue is described as pro-life, to be comfortable with so much death. For almost 50 years conservative Evangelicals tied their prominence in the public square to the idea that every life is important to God and deserves protection. And while nuances and contradictions have always been present, the pandemic brings those thorny issues into stark relief. So little is required in order to prevent the spread of COVID in our communities and, at almost every turn, evangelical voices rose in objection to those measures. Based on the internal logic, if we told most evangelicals that they could prevent abortion by wearing a mask, that would be a small price that they would presumably be willing to pay. Why that does not seem to be the same for living breathing human beings is bewildering. Laying aside the political ramifications, there are theological ones as well. Jesus specifically calls on us to sacrifice for the least among us in society.[1] In fact, the evangelical position on abortion is in part based on this idea. Again, the objection to low-cost measures that would also prevent the spread of this disease to children and senior citizens, the most vulnerable among us, is baffling considering the theological impetus.

Second, while there is nothing directly on point, there seems to be biblical counsel that runs counter to the arguments made against the measures that would arrest the spread of the virus.[2] Some faith leaders have made the argument that taking these precautions is evidence of a lack of faith. However, this idea seems to contradict the idea from the New Testament that faith should not be presumptuous and that we should not take risks just because we believe God can save us from danger.[3] Others make the argument that to wear masks or mandate a vaccine is an attack on a person’s God-given freedom. Laying aside the response that our freedoms are curtailed in all types of ways, Paul in at least two places argues against the idea that it is proper to do something simply because we can.[4]

Third and finally, sacrifice should be the very center of the Christian ethos, if the purpose of Christianity is to be disciples of Christ. Paul described it this way: “Have this attitude in yourselves which was also in Christ Jesus, who, as He already existed in the form of God, did not consider equality with God something to be grasped, but emptied Himself by taking the form of a bond-servant and being born in the likeness of men. And being found in appearance as a man, He humbled Himself by becoming obedient to the point of death: death on a cross.”[5] At its very center, Christianity exalts a God who sacrificed all to die for the salvation of humanity. We say that the goal of the Christian movement is to be like Christ and help others to do the same. The example we claim to follow and desire to emulate gave up so much more than being vaccinated or the inconvenience of wearing a cloth on his face. If we cannot follow Paul’s guidance here, even in these small ways; if we cannot have the attitude of Christ, the humility to not esteem ourselves as more important than our neighbor; if we cannot find the spirit of sacrifice in the middle of the deadliest pandemic in several generations—then we have to at least begin to ask ourselves whether we truly understand the teacher we say we follow, or whether we have just lost the plot.

[2] This of course is putting to the side the Levitical law stating that people with contagious diseases should cover their mouths and isolate themselves (Leviticus 13:45). It would be disingenuous to suggest that the Christians who oppose certain precautionary measures would want that same standard even for people who knew they were sick.

[3] The second temptation of Christ in the wilderness in Matthew 4 is evidence of this idea.

[4] In Romans 6 Paul argues that the presence of grace does not necessarily give us license to sin. In 1 Corinthians 8 Paul makes the argument that Christians should curtail their own freedom because the use of that freedom may result in negative consequences for others in the community who may follow their actions without full knowledge or a full recognition of all the factors at work.