“Lord, That I May Receive My Sight”

“Lord, That I May Receive My Sight” 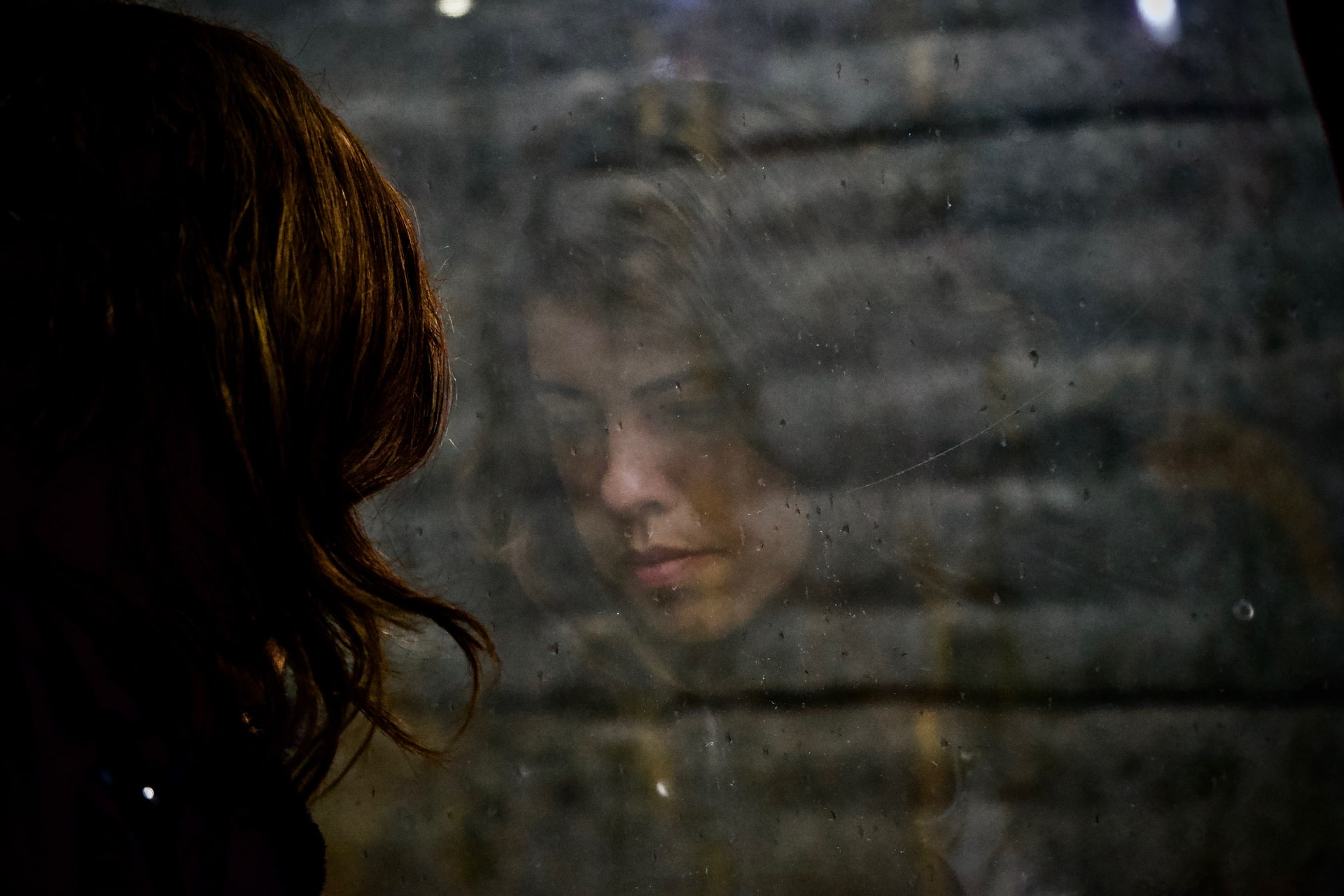 Confronting Sexual Objectification in the Church

Reports of sex scandals in church settings, Adventism included, more often involving men of influence, reveal how power and position are used to exploit women. In many societies, there is a sense of entitlement in men that perpetuates rape culture. Put simply, sexual objectification refers to the viewing of another person as an instrument to be used for sexual goals. It occurs when a woman’s body or body parts are singled out and separated from her as a person and she is viewed primarily as a physical object of male sexual desire.[i] Objectification in general can be roughly defined as seeing and/or treating a person, usually a woman, as an object. The objectification of women encourages in men a sense of entitlement over women’s bodies as they evaluate women based on their appearance rather than competence.

While churches preach equality, they are not immune from embracing demeaning attitudes prevalent in society, which include regarding women as a collection of body parts for sexual pleasure instead of human beings equal in worth, ability, and potential. This article explores some of the subtle ways in which sexual objectification of women finds its expression in church settings, and what measures can be taken to address this evil.

Dress Not to Kill

In a tweet in July 2020, Randy Skeete, a prominent preacher, remarked that “Pornographic dressing endangers the salvation of men.”

This triggered varying responses among Adventists with those fully supportive seeing the statement as ammunition to emphasize the responsibility of women to dress modestly so that men don’t fall into sin. The implication is that women’s skin and body curves are dangerous and need to be covered from men. In a sense, the argument goes, women are custodians of men’s moral and mental purity whose burden includes keeping men from straying sexually by dressing in ways that won't "tempt" them. Such arguments are not new; they have been used to argue for female modesty where women in the Bible are portrayed as temptresses while men are viewed as models of virtue. It is from such notions that we have seen some making it their ministry to condemn what they consider women’s immodest dressing.

Could it be that by imposing on women what to wear in order not to lead them into sin, men are covering up their struggle with lust and objectification by placing responsibility on women? As long as calls for modesty primarily hinge on appearance and protecting men from straying into sexual sins, churches are tacitly encouraging objectification. Narrow views of modesty that obsess over appearance rather than attitude not only expose how women are objectified but exonerate men from taking responsibility. Sadly, many Christian men who subscribe to this are using women to manage their struggle rather than repenting. In fact, Jesus, rather than prescribing dress styles on women, challenged men not to look at women lustfully, thus placing the responsibility upon men. He revealed that lust does not need a short skirt or tight clothing to manifest itself. It resides in the hearts of men; it is a heart issue that men ought to take responsibility for rather than place the burden on women. Objectification will remain as long as women are seen as gatekeepers whose bodies are dangerous objects that they need to cover in order to provide spiritual protection to men.

Unfortunately, many women have internalized and acceded to objectification. As noted by Fredrickson and Roberts,[ii] women self-objectify by treating themselves as objects to be looked at and evaluated on the basis of appearance. A woman in such a state of mind becomes over-conscious of her appearance rather than competence by frequently watching her appearance and experiences her body according to how it looks.[iii] The danger with objectification is deep when women internalize these judgments and self-objectify, or consider themselves first as bodies over other personal characteristics. This can lead to negative consequences including heightened body-shame and loss of confidence in public spaces. Consequently, women who are objectified are viewed as less than fully human, perceived to have less of a mind for thoughts or decisions, and viewed as less deserving of moral treatment by others which increases exposure to sexually aggressive actions toward them.

In allowing themselves to be evaluated on the basis of their appearance, and treated as if their looks represent something essential about their personhood, they quickly attach to the social importance of physical appearance. Ironically, with objectification comes the burden of keeping men from straying sexually by giving them frequent sex so as to kill the "urges" to look elsewhere. Women exert efforts to stay sexy, maintain physical attractiveness, and not age as an object of man’s pleasure. They learn to see and treat themselves as objects to be gazed at and decorated which imposes on them a need to take care of their skin and make it soft, smooth, hairless, and wrinkle-free or they must apply make-up to disguise their skin’s imperfections. While the desire to look neat, trim, and attractive should not be condemned, it becomes a problem when it is driven by societal pressures to gain acceptance from men. The “infantilization” of women’s bodies and faces stems from that desire to meet societal standards which are often rooted in objectification.

Better to Marry Than to Burn

Sexual predators often exploit vulnerability and the prevailing celebrity culture to get access to women. Male sexuality is more often rooted on objectification, where it becomes the duty of the woman to keep the man sexually fulfilled so that he does not stray. At the expense of her health and even wellbeing she will pander to his insatiable appetite for sex. Passages of scripture are advanced not to help the situation but rather to perpetuate the notion that men are inherently weak. In many cases, for men struggling with lust, marriage is presented as a cure. The message is that if you cannot do anything about your struggle or desire, get a woman and you will have access to unbridled sex in legally accepted ways. The burden is now on the woman to give him sex on demand and make sure he is sexually satisfied. In subtle ways sex becomes the primary driver to marriage, but this is short lived as infidelity erupts as one of the parties goes for stolen water. A woman instead of being valued for the companionship she provides is valued for her looks and the sex she provides.

Where women are “objectified,” they are treated as though they are objects, being viewed or valued purely for their sexual desirability to the man. This means all the other things that make up an individual human being — their intellect, their dreams, their character, their will — are irrelevant. On the other hand, men are reduced to sexual subjects who can do nothing else but view women sexually, lust, or be tempted. When the language around sex focuses on domination and violence as depicted in the pop culture and the porn industry with the use of words such as “brutalized,” “destroyed,” “banged,” and “humiliation,” then there is a certain level of “degradation and dishonoring” of humanity. The loved person loses what is special to her as a human being, her humanity, and is reduced to a thing, a mere sexual instrument. No wonder a man sees a woman as territory that he has to conquer and the sexual act an expression of domination. Whenever sexual objectification takes place, sex ceases to be an expression of love that is respectful, emotionally close, safe, responsible, and an act of sharing and instead becomes about using someone; it is unsafe, degrading, without ethical limits, devoid of morality, self-centered, and emotionally distant.

The shame associated with porn will lead many men to develop a love/hate relationship with women. The deep shame that comes with this double life means that they will be predisposed to either inappropriately seducing women, making them feel adored and special, incredibly cared for, or engaging in the complete opposite which includes leaving the door open during one-on-one meetings to convince himself that their actions are “above reproach,” being overly guarded and closed off, shaming women for wearing inappropriate clothing, becoming extremely legalistic, and having contempt for women. By trying to keep women at arm’s length, the unconscious confession is that women are part of the man’s shame, which then gets projected outward onto the women around him.

The reluctance by many male pastors and elders to mentor or counsel women is seemingly informed by a desire to avoid being put in a compromising situation. But looked at closely, it sounds like they cannot control themselves; they are incapable of viewing a woman as anything other than a potential sex partner. In a sense, the message is that all women are temptresses, the only thing that matters is their (women’s) sexuality which men need to flee from. To avoid ministering to women because one could be tempted may be exposing one’s struggle with lust and objectification. Such men may be running away from themselves rather than the women before them. Moral purity that centers on avoiding or withdrawing from women isn’t the solution. In fact, it’s part of the problem as it often masks a struggle one has in viewing every woman as potentially available for sex. By being harsh and cold toward women or excessively withdrawn from interacting with them as human beings, many men show that they are content with managing lust instead of repenting from it.

Sexual predation is rife in our churches but often glossed over as mere moral failures, and the message to women is that they have to suck it up and pray harder for men. Victims are often ignored while perpetrators are showered with sympathy, and more often painted as helpless victims. For us to make progress, sex predators need to be exposed and confronted. This includes moving away from teaching girls to dress modestly with emphasis on hemlines, rather than attitudes, and instead defining modesty as an attitude rather than a way of dressing. The emphasis on what should or needs to be covered leads us to view the female body as an object to protect and hide. If modesty is presented as an attitude, the external issues of appearance will automatically follow. There is no need for conscience control with regards to dress as it reduces women to objects instead of full human beings equal in intellect, ability, and potential.

More importantly, we need to rid our rhetoric of both benevolent and hostile sexism where we refer to women as beautiful daughters of God without also complimenting non-physical features. Both men and women need to confront behaviors that contribute to this objectification. Like the blind man in Luke 18:41, we need to cry “Lord, that I may receive my sight” so that we may see every woman NOT as a temptress or a sexual object, but as human beings equal in intellect and ability and deserving of kindness and respect. This is our challenge.

[i] Bartky, Sandra-Lee, 1990, Femininity and Domination: Studies in the Phenomenology of Oppression, New York: Routledg

Photo by Tiago Bandeira on Unsplash