Leadership in a Box

Leadership in a Box 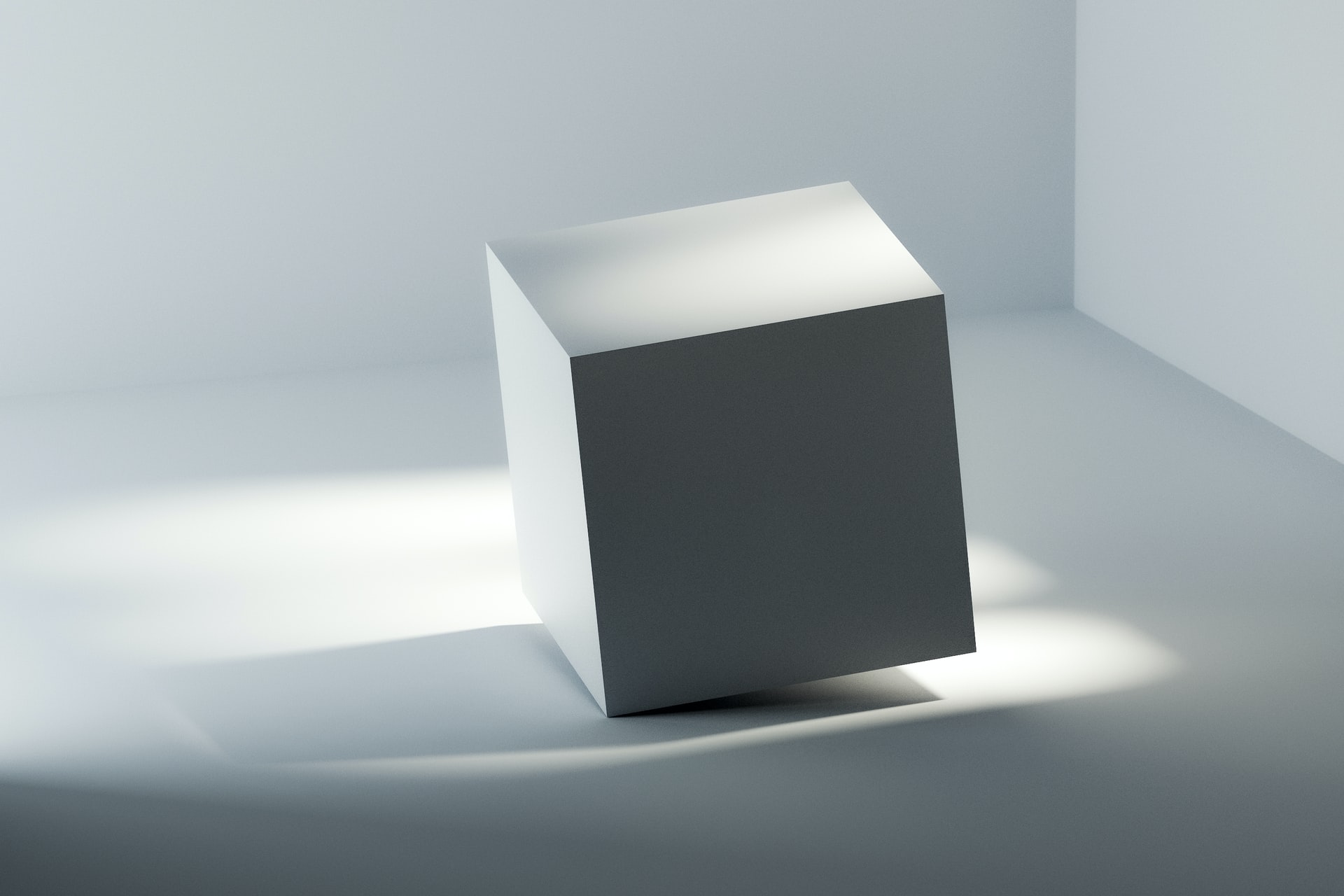 While Finley’s presentation was short (about 15 minutes) and mostly a reading of his slides, Wilson’s address was an extensive defense of historic Adventist theology, as it relates to a list of concerns. And it is his argument—the approach used to try and persuade the audience—that I wish to focus my attention on.

Part of the difficulty in critiquing this material is that there are multiple components that if left unseparated can complicate and confuse any analysis. So I wish to begin by disambiguating his sermon. There are (at least) three aspects to any presentation: 1) the person doing the speaking, 2) the subject(s) being addressed, 3) the argumentative approach taken.

First, the speaker: President Wilson is, unfortunately, a polarizing person. For many traditionalists, he is a champion who defends a belief structure that has been considered orthodox and which a significant majority of worldwide Adventism is deeply invested in. But, for many liberals/progressives, his positions—but even more, his approaches to controversy—are confrontational. And that is on display in this sermon. However, I think is unhelpful to primarily focus attention on the person of Ted Wilson. He is not an outlier within worldwide Adventist leadership, although somewhat to the right of many leaders in North America, Europe, and Australia. Indeed, Finley’s presentation is at least aligned with Wilson’s, although it contains minimal apologetics. And the following day, General Conference Secretary Erton Köhler reiterated some of Wilson’s message. Polarization around the personality of Wilson clouds the issue and thus I would like to “take it off the table.” So my examination here will attempt to primarily address an argumentative methodology that could have been presented by other SDA leaders. It’s true that one cannot fully separate Wilson and his worldview from the way he presents a message. But to the extent possible, I would like readers to de-personalize this sermon so its approach can be considered independently.

Second, the subject(s): The sermon’s first half details most (if not all) of the various hot-button issues the church has faced in living Adventist memory. This includes 1844 and the investigative judgment, homosexuality, the role and authority of Ellen White, the age of the earth, and how Genesis should be understood. Divisive topics, indeed. I will focus on the sermon’s first part and how the issues are presented. But the complexity and surrounding emotion these topics generate can cloud concerns I wish to address. So again, I would like to “take off the table,” to the extent possible, the specific subjects listed and commented on, in an attempt to separate them from the argumentative approach. I realize this is a heavy lift. But both the presenter and the controversial material are, I contend, a distraction to analyzing the structure.

The sermon’s core argument is unfortunately grounded in a False Dilemma, a logical fallacy that presents only two options when there are actually many. In this sermon, traditional Adventist positions are defined as the true side, with any other views being labeled as satanic. There is no middle ground and no allowance for anything like principled dissent from these historic positions, based on different scriptural interpretations. And the contrast is painted with extreme verbiage.

The 14 “aberrations” are packaged together to implicitly suggest they need to stand or fall as a group. This collapse into one take-it-or-leave-it collection is a major component of the fallacy. But the theological pros and cons of each of the 14 are different, and their truth or falsity needs to be considered separately. The only reason to package them together is that they are all divergent from traditional Adventism. Thus the implicit assumption is that anything different is not “of God.” But this is a conclusion that should never be considered settled for all time. To do so negates any corrective investigation and assumes we presently have nothing to correct. I believe this is exactly Wilson’s view, but it is unbiblical, at minimum. What about “come now, and let us reason together” (Isaiah 1:18)? And where is the Berean commendation of the legitimacy of investigation (Acts 17:11)?

All other views are labeled as “from the devil,” and the presumed conflict between good and evil is painted starkly in black-and-white terms.[2] Consider: “The devil is busy bringing in all types of aberrant beliefs”; “strange voices to confuse”; “aberrations of biblical truth”; “cunningly devised fables”; “absolute ruin and confusion … mark of the beast”; “Babylon”; “produced by the father of all lies”; “strange voices”; “enemy will bring in false theories”; “come from the devil.” There is no room whatsoever in this contrast for any possibilities other than all-true (traditional Adventism) vs. all-error (“strange voices” and “from the devil”). Now, this model is not novel with Wilson. It is the Great Controversy motif oversimplified. But the packaging produces the fallacy.

An argumentative warrant connects reasons to claims. This sermon claims there are only two options—traditional Adventist understanding vs. satanic heresy. Three warrants are used to back this up: the Bible, Ellen White, and personal testimony. Now obviously the speaker believes he is backed up by proper biblical exegesis. But the quantity and frequency to which this is referenced, and the certainty implied by his categorical phraseology, slides from stating the obvious—Wilson believes his positions are biblical—to a strident, repetitive testimony. This is both unnecessary and it raises the stakes by the speaker trying to equate his view of the Bible with God’s view as represented in the Bible. The sermon is one long certainty testimony, without any hint that the speaker—being a fallible human—might be in error. And it is not hard to infer why he might hold this idea.

Wilson’s Ellen White warrant is substantially where he gets his positions and certainty from. Ellen White has aligning positions on some of this material that is far less obvious from the biblical witness alone. Wilson holds a very high view regarding Ellen White’s inspiration. He states: “The Spirit of Prophecy is absolutely reliable and is to be believed and accepted in its entirety. … As we read the Spirit of Prophecy we are convinced of its accuracy, truthfulness, and relevancy.” This affirmation is, I would judge, equivalent to declaring EGW to be inerrant. SDA Fundamental Belief #18, speaking about Ellen White, somewhat equivocally says: “Her writings speak with prophetic authority and provide comfort, guidance, instruction, and correction to the church.” The key word here is “authority,” and that is not the same as “inerrant.” But, either way, using Ellen White as a warrant cannot be made axiomatically—even to an audience of “card-carrying” SDAs.

The Adventist views on these “hot button” issues are not as easily derived from scripture alone as they are from Ellen White. For Wilson, this is not a problem, because of his position regarding EGW’s authority. But it is a problem since Ellen White was ambiguous regarding her own authority and, more importantly, if one interprets the Bible through the lens of EGW without the possibility of finding her views incorrect, you are at risk of qualifying as a cult.

This sermon, but more broadly the positions and argumentative approach taken by some in leadership, constitute a box that precludes any corrective. It assumes that historical orthodoxy is right and anything else is not just wrong, but satanic. The extreme positioning and the war rhetoric doubles down on this perspective, effectively constricting that box and making it harder to think outside of it. Ultimately such certainty and extremism are unbiblical, as God has consistently remained somewhat cloaked throughout history and opted for persuasion to reach humanity. The argument found in this sermon, in contrast, only seeks to draw battle lines.

[2] Quotations come from the transcript of Wilson’s sermon.

Photo by Fakurian Design on Unsplash