It’s Always Been About God’s Faithfulness to Us 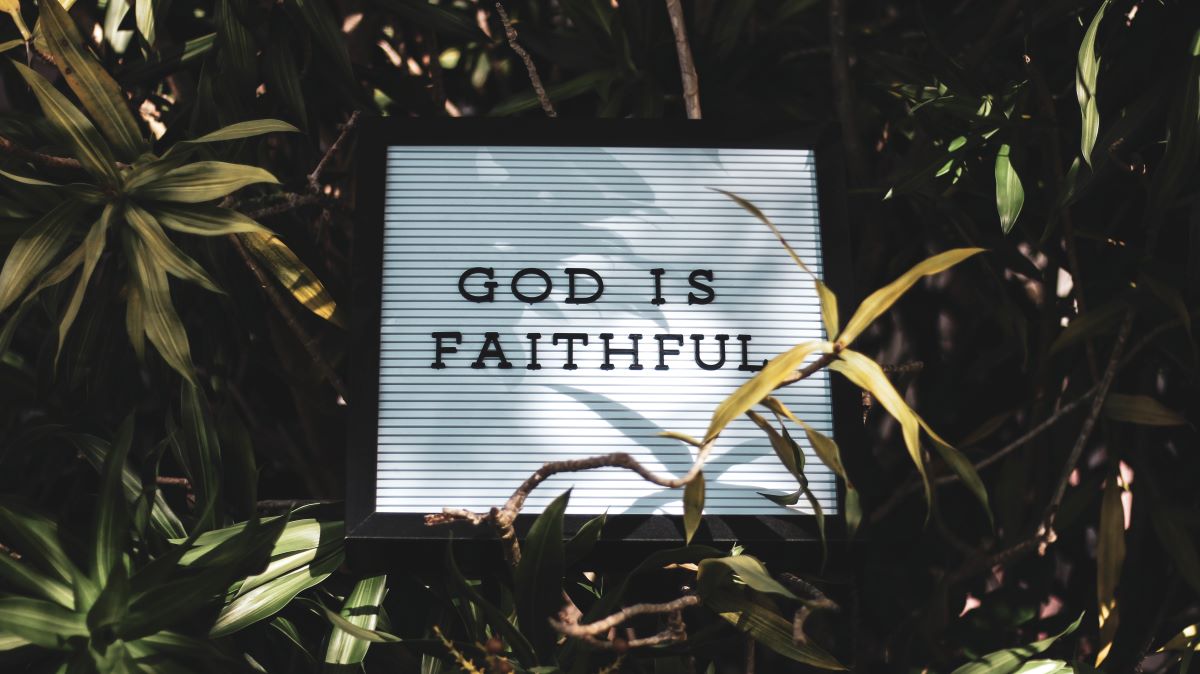 My brother used to work in the IT department for a software company. One day he got a notification from a lady in customer service who could not get her email to function. My brother calls her over the phone to ask all sorts of typical IT questions. This lady, who already had started out annoyed, became more and more frustrated. Finally, my brother told her to log onto her work account so he can remotely take over her computer to fix it.

“That won’t work!” She replied in quite a huff.

“Why not?” my brother asked, just hoping this now 20-minute phone would end.

“Because,” the lady snaped back, “the Internet has been down all morning!”

And sure enough, the Internet wasn’t working.

I love this moment because it shows perfectly, two levels of reality going on at the same time, “Internet level” and “email level.” I see Paul’s writings as constantly trying to pull us into a “Internet level” form of theology, yet sadly we so often engage at “email level” thinking.

“If only you had more faith,” and “just have faith,” are the lines that cut right into the issue of misunderstanding Paul and highlight our lack of envisioning his writings. We all know the works vs. faith debate—that one cannot do enough good things to enter heaven. By faith alone we are saved, but whose faith is that? Those repeated phrases of just “believing enough” have taken on a form of works 2.0. In that, we place ourselves at the centre of a misconstrued approach to faith towards God at a “email level” of thinking. Courtney Ray wrote an excellent piece on what this looks like in the face of the COVID-19 pandemic. But it is in the framework of relation I want to show what this immature view can do.

“You just need to have more faith,” is what my father was told while dying of liver cancer. “Clearly he didn’t believe hard enough,” is what my mother was told after he had passed away. My father’s dying words were how grateful he was for the God he served and his family. This wasn’t an issue of faith, my dad’s peace of mind came in what God had done for him, not the other way round.

Not until my graduate course work on Paul, did I finally come to recognize what he was trying to accomplish. Through Paul’s uncontested letters he starts at the event of the cross and backtracks everything else he has ever known to that moment. Paul wants us to clearly see the undeniable reality that God showed up and that it is in God’s faithfulness to creation that we find our hope—that in His faith alone we are saved. My professor pictured it as the D-day moment when God’s kingdom re-invaded the world.

When we replace our “email level” attempts at seeking out our own faith, of building ourselves up with hot air and smoke, with “Internet level” thinking; we finally come to understand that it is God’s covenantal faithfulness to us that we are to live by. God not only chose to be faithful until the point of death, but also to work along side us to bring about recreation. Comprehending this, is what sets us free from the legalistic burdens of guilt I so often see among us.

Speaking of legalistic, the allegory that drives me up the wall is the courtroom scene. As the story goes, God the Father as judge finds a sinner guilty while sitting on top His high bench. Jesus then steps in as the would-be lawyer and pronounces the sinner’s penalty as being paid in full. One version had the Father stepping down to pay His own fine. The allegory’s first issue is it being non-trinitarian, as the Father and Son would not work against each other. Plus, where is the Holy Spirit? But the biggest fault comes in relating God’s saving faith for all of creation into a legalistic paradigm. Justification became a legal point of reference in our Western minds, yet it is not what Paul had in his mind. Rather he writes on justification more attuned to how text is ‘justified’ into alignment on the page’s margins, things set right in relation to one another. This is reconciliation of right relations, not an abstract legal debate; a point that Indigenous philosophy is best at describing.

One of the sayings used by my Native teachers is “all my relatives,” meaning all those to whom they are connected with. But not just in terms of family or community, but in terms of relations with animals, the land we live on, the ancestors and what they have given us, to also include those yet to come into the future we build for them. This frame of reference can see God’s call for restorative work in a much more full way because it recognizes that all creation is interconnected—a concept I have tried to express through rewriting Genesis 1. More so, Indigenous thinking views the idea of a “self-made person” as delusional and irresponsible, with only a madman foolish enough to believe it.

Where can we find a far better relational example than a courtroom? Right in Jesus’ parable of the Prodigal Son. To see God as the parent who meets us on the road, who clothes us and celebrates us even though we have squandered inheritance. The controversy surrounding the song The Reckless Love of God highlights further our ingrained legalism. Or as Brennan Manning would say it, the scandalous love of God. Such phrases come closer to Paul’s experience and vision than any court room.

So let us move our hearts away from legal points of view to a Creator who re-invaded creation to make all things new, calling us to take part. Let us celebrate the God who didn’t give up on us, whose faithfulness sought us out, and in doing so, let us leave behind self-centred juvenile attempts at being faithfully self-made.

It chases me down
Fight 'til I'm found

Leaves the ninety-nine
The overwhelming, never-ending
[scandalous] love of God

Kevin R. McCarty is an Adventist teacher in beautiful British Columbia and an advanced graduate student in Indigenous & Interreligious Studies at the Vancouver School of Theology.