How Historically Embodied is a Prophet? On Steve Daily's "Ellen G. White: A Psychobiography" 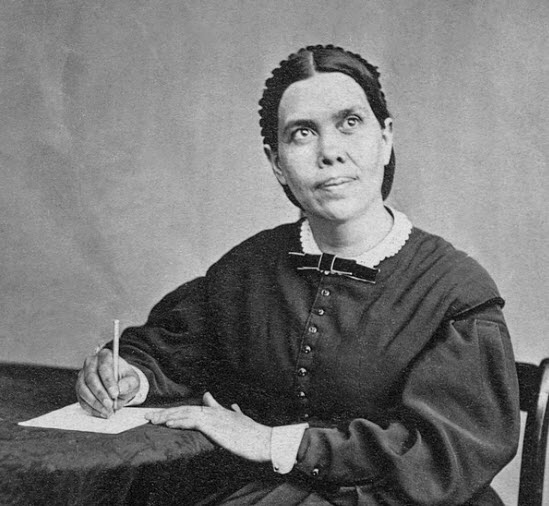 One merit of Steve Daily's book is that it highlights the inevitable link between prophetic ministry and psychological profile. Every ministry is embodied in a biography, in a particular psychological form. It could not be otherwise if we start from the conviction of the irreversible historicity of every faith experience. On the other hand, not only the prophet but divine revelation itself is always an embodied and historical event. And the first register of this incarnation is the psychological profile of the prophet.

This fact may appear as a limitation because we would like prophetic revelation to instead be aseptic, transparent, timeless, and universal. But if this were the case, the revelation would only apparently be more universal. In fact, it would automatically be less relevant and less binding. This psychological embodiment necessarily triggers and unveils a set of existential knots and paradoxes. It is the existence of asymmetrical attitudes that do not always converge, the presence of ungovernable pre-rational drives, the unilateralism of some identity processes, and the tension of compensatory mechanisms. These indecipherable shadow zones are ones that Daily rightly highlights and sets as a reflexive task for every critical theology. The critique of false prophets that the Bible continually elaborates today cannot be limited to a theological assessment only. It must also be a psychological critique in the sense of providing a psycho-cultural assessment and analysis of those who claim to be prophets. In other words, a prophet today must not only be truthful in what they say but also be healthy in their psychological structure. For this reason, it is not only the community that depends on a prophet, but a prophet also depends on the community that evaluates and recognizes them as such.

But while Daily recognizes that a psychological evaluation is pertinent, it does not mean that he succeeds in this regard. Indeed, Daily tends to see the limitations, asymmetries, knots, and opacities, but not the benefits and strengths of that psychological embodiment. The critical impetuosity of his gaze conceals and betrays a mystical and romantic conception of the prophet. It is precisely because each prophet has a complex and heterogeneous psychological profile, with lights and shadows, that the prophet appears—to an excessively critical gaze such as his—as an atypical, possibly weird, and sometimes even pathological being. Daily, like all moderns, tends to have an excessively composed vision of the prophet as a wise messenger with the right ideas. Instead, prophets have always been visionaries, mystics, and eccentric leaders. We see it for example with Jeremiah, whose disruptive message was accompanied by concrete gestures that today we would consider extreme and abnormal. Remember that he walked through the streets of Jerusalem with a yoke and chains on his shoulders (Jeremiah 27, 28).

First, we must remember that every prophetic ministry is inescapably partial. It is quantitatively partial because it says only a part and not all of revelation, and it is qualitatively partial because what it says is articulated in certain, but not all possible, ways. There is no univocal and universal theology of which the prophet would be a neutral spokesman. This is why it is important that a faith community not tie its destiny to a single prophet and a single theological vision. The Bible keeps this danger at bay by constructing a plural prophethood that only as a whole represents the complete prophetic vision. In Adventism, which binds itself to a single prophet, this partiality is more difficult to avert. But it is possible to do so by bringing the prophetic heritage embodied in White into dialogue with other institutional and communal instances. The important point is that White must not remain as the sole criterion in taking positions and elaborating ecclesiastical strategies. White's interaction with these other instances must not be limited to a dialogue that amplifies what she says, but must be a real confrontation, even a contrast that guarantees a true dialectic and exchange of ideas. A community can’t simply become a megaphone for its prophet. Its role resides also in trying to compensate and correct this unilateralism precisely by putting the prophet in true and critical dialogue with different internal and external religious instances.

Second, every prophetic ministry is inserted in an open process. This means that it evolves gradually. Alden Thompson exemplifies this process well when he points out how E. G. White’s language over time improves regarding her description of John the Baptist. Her own experience with God, regarding the perception of grace, not only has an effect on her but also on the description of the characters she describes in her texts.

In this sense, it would be helpful to keep in mind that not all of White's books are equivalent and they illustrate the progression of her thought. In this regard, we could identify three groups of books.

The first group includes books written before 1881. This date is clearly arbitrary, but not entirely because it represents a watershed. Her husband, James, died that year, but White would continue her ministry for another thirty-four years, almost the same amount of time in which she worked with her husband. This means that the texts before 1881, taking into account the weight of family and marriage, were more circumstantial and even fragmentary, and thus less elaborated. To this group of books belong, for example: Spiritual Gifts, Testimonies for the Church, etc. These books indeed bear such characteristics.

The second group includes the books written between 1881 and 1915, the year of her death. In addition to presenting a more mature thought, E. G. White is alone (widowed) and therefore has much more time and opportunity to write books that are thematically homogeneous and more editorially elaborate. Beyond the problems they may have, these books appear more theologically incisive and innovative. To this group belong: Patriarchs and Prophets, Prophets and Kings, The Desire of Ages, The Acts of the Apostles, The Great Controversy. And particularly important is the last decade of the 19th century, in which she probably wrote her best books: Steps to Christ (1892), Thoughts from the Mount of Blessing (1896), The Desire of Ages (1898), Christ’s Object Lessons (1900), Education (1903), Ministry of Healing (1905).

The third group includes books composed after 1915. These books certainly provide a service in that they offer collections of her writings on various current topics that the Church faces today. But the problem with these books is twofold. On the one hand, they concentrate on themes and emphases that, in her direct writings (articles, letters, etc.), appear more diluted, balanced, and contextualized. On the other hand, the themes chosen in these books correspond more to the priorities of the editors than to herself.

The psychological and the theological embodiment of E. G. White are therefore two important, usually overlooked components of Steve Daily’s book. And they are appropriately put on the table, even though his legitimate and provocative conclusions are not necessarily the best ones.

"Ellen G. White: All or Nothing" by Jonathan Butler

"The Embarrassment of Having a Prophet: On Steve Daily’s Ellen White Psychobiography" by Hanz Gutierrez