The Ghanaian Church that “Hated” Medicine: A Parable 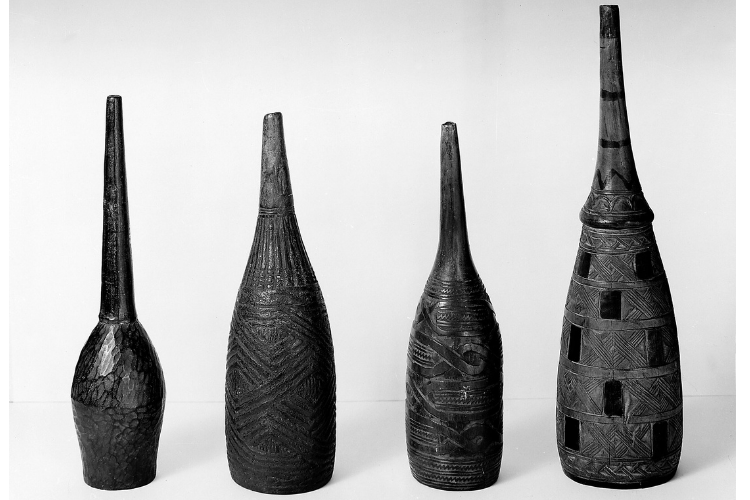 One of the most indelible preteen memories of my Ghanaian upbringing is the early Saturday morning ritual of household elementary school-age children lined up in yards throughout the neighborhoods for their weekly purgative treatments. In theory, each child had three alternatives to choose from: traditional “enema,” Mist Alba, and Castor oil. The Mist Alba and Castor oil were the “white man’s” gentrified addition to a long-established traditional health regimen that even detractors grudgingly conceded was effectual and safe.

Both Mist Alba and Castor oil came as oral preparations that were supposed to achieve the same bowel cleansing feat as the entrenched local standard. So they were included as alternatives to mollify the European colonial administrators who considered the prevailing practice too crude, even if effective. But the two oral additions had serious drawbacks, making them equally unappealing to the weary children who would rather be left alone.

The chalky Mist Alba, I would later learn, contained a healthy helping of magnesium sulfate suspension in half-liter bottles, which was doled out in capfuls to children who opted for it. But the preparation was so bitter that most children could not hold down their portions. And when they failed, they were obliged to join the queue for the standard procedure. Castor oil had a similar but worse Achilles heel, as the nausea it induced was so overpowering that most children reacted merely from its taste. A few brave boys, tempted by the relatively small allotments, tried and even succeeded in swallowing a spoonful or two only to retch it all out, consequently also having to join the enema line. So, even though our mothers presented the three treatments as equal options, in reality we knew the deck was overwhelmingly stacked in favor of the only one our parents truly believed in—a traditional enema.

Long before my generation endured the weekly line-up, sub-Saharan Africans—particularly southern Ghanaians—used the enema as the purgative prophylactic remedy of choice. And hundreds of thousands of households, relying on the collective peer-reviewed wisdom of mothers who processed and administered the concoction, swore to its efficacy both as preventive and, if sick, a cure. The drug’s chief ingredients included a few basics: baobab tree bark, bird “shit” pepper—the hottest pepper in the land—or a similar hot variety, and ginger. This core mixture—and a few optional additives—were ground into a powdery pulp and mixed to a watery consistency, its potency regulated by adding more or less water. This was the simple medicine countless parents and grandparents trusted in for keeping their children healthy. Its most appealing quality was that it was cheap, easily accessible, and considered to be effective.

This seething cauldron promised no soothing palliation. Its only purpose was to empty one’s bowels, which was analogous to healing in the minds of parents throughout the community. In consequence, the hot peppers, ginger, and the coarse unhappy-looking baobab bark, by advertising their discomforting intentions upfront, added to the preparation’s mystique and linked unpleasantness to efficacy. The mixture was only given rectally—a serious strike against any preparation whose young targeted recipients disagreed with the adults who promoted it, instead seeing it as a menace to their health.

Until the introduction of the gentler rubber bulb alternative, the only mechanism for administering the drug was the calabash gourd syringe. This gourd has a large collection chamber and a sharply elongated, thin, non-pliable shaft. Both ends of the gourd are carefully pierced to create two proportionate small round openings through which its contents are emptied to leave a hollow inside. On the treatment morning, the gourd would be filled with the baobab “cocktail,” setting the stage for mothers—and it was always and only mothers—to go about their unpleasant but necessary duties to safeguard the health of their vulnerable young.

When it was your turn, you meekly lay prone across your seated mother’s lap. In a deft maneuver that would under better circumstances have earned the children’s admiration, she lay one arm on the “victim’s” upper back, her elbow anchoring the base of his neck, while simultaneously raising her thighs slightly so that his buttocks inclined at a slight angle. And, before the dizzy child could open his mouth in protest, her free hand had inserted the lubricated gourd shaft—or bulb syringe for the lucky ones whose families had them—swiftly but gently into the anal canal, and relying on the unfailing cooperation of gravity, deposited its efficacious contents deep inside. That done, she slid out the empty gourd, pinched the buttocks together tightly, and raised the child’s legs high up to the skies, his head dangling precariously just above the sun-baked floor. Then the child, whose rectal lining is feeling the hot, burning effects of the enema, is held in this upside-down position for ten to fifteen seconds before being gently released. His feet back on the floor, he then rushes to one of the many chamber pots at the far corner of the yard. There, he does his business quickly, spurred on by the antagonistic reactions of the hot ingredients and the delicate lining of his insides.

In retrospect, it is not the indignity of having one’s small, naked backside raised to the heavens, as if in offering, that rankles. What I object to, now that I’m older and have had time to think about it, is the fact that my younger siblings and whoever else was in line and contemplating their fate had to look at it at all.

The entire experience was fraught with discomfort for all involved, but the entire community knew the benefits far outweighed the attendant transient discomforts, and so continued with it. Then, one day a new homegrown Christian church emerged as if from nowhere and declared that it disapproved of the procedure, discouraging the use of such medicine. And, as quickly as the new church appeared, it gained popularity in every sector of the community. But it also pitted family members against each other, and friends against friends. The church quickly gained the moniker: “kyire bentua.” And because “bentua” was synonymous with medicine in the popular imagination, the new church was tagged with a broad stroke as “the church that despises medicine.”

But the church embraced its controversial position, doubling down on foregoing the true and tried remedies that had been the mainstay of the community. And to their credit, the church’s position was categorical. They forswore all medicines, both traditional and foreign, including all medical procedures. No picking and choosing which medicines or medical applications to use and which to shun. Adherents, for example, put away their prescription glasses, choosing visual impairment rather than compromising the integrity of their beliefs. They simply said no to everything medical, natural or human-made, relying exclusively on prayer and confession of sins.

The new church found validation for its stance in the Bible. They quoted scriptural passages that seemed to advance their prayer/sin confession-only position, such as:

For I am the Lord who heals you. I will give you back your health and heal your wounds. Therefore confess your sins to each other and pray for each other so that you may be healed. The prayer of a righteous person is powerful and effective.

This is what the Lord, the God of your father David, says: I have heard your prayer and seen your tears; I will heal you. Heal me, Lord, and I will be healed. Save me, and I will be saved, for you are the one I praise.

I have seen their ways, but I will heal them. I will guide them and reward them with comfort. And for those who mourn, I will create reason for praise: utter prosperity to those far and near, and I will heal them, says the Lord.

Is any sick among you? let him call for the elders of the church; and let them pray over him, anointing him with oil in the name of the Lord: And the prayer of faith shall save the sick, and the Lord shall raise him up; and if he have committed sins, they shall be forgiven him.

They used these statements as pegs on which to hang their conviction that healing comes only from God and not from man, proving that power is not in the Word, but in its application. However, in the wrong hands, even the Bible can be turned into an instrument of death. In short order, the devotees went from decrying the use of medicines to advocating shunning the hospitals, and in the process throwing the community and its healthcare practices into unprecedented confusion. Which in turn led to vociferous calls to ostracize the church leaders from the community. But in the end, the community leaders took the Gamaliel approach—“if this plan or this undertaking is of men, it will fail; but if it is of God, you will not be able to overthrow them”—and promoted a wait-and-see attitude.

They did not have to wait long. Soon, church members started falling sick and dying, as simple treatable maladies were left unattended to and allowed to fester and consume their community. And when the sickness and death did not abate, both church and the larger community interpreted it as God’s answer, quietly surmising that medicine, in its many forms, is a good thing. Today the church has dwindled down to a pitiful few. Mass death and wholesale attrition has served as judge and jury over its fate. They had the means to stop the carnage but chose willful ignorance and selective biblical cloaking to cover their dead.