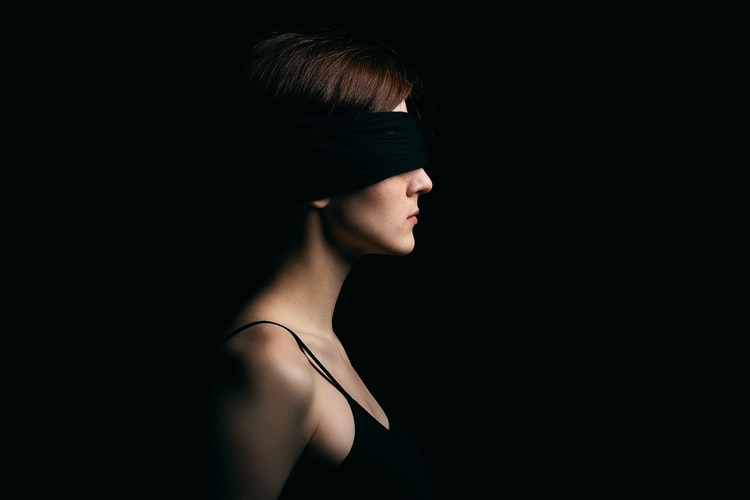 We were all college students at Andrews. As our packed car sped along the back streets of Berrien Springs, one of my friends mentioned a prayer request. “Let’s pray now,” someone suggested. We bowed our heads and closed our eyes as one of the group offered an intercession. Most of us had been Christians for years, except our friend who was driving. She was a new convert and certainly eager for the Lord. After the “Amens” were said, the girl driving proudly chirped up, “I closed my eyes too!” She beamed like a cat who caught the canary. I think she believed the rest of us would be impressed by her amazing display of faith. Instead we were mortified.

Someone finally spoke up. “Umm . . . that’s so dangerous, don’t do that again while you're driving, we could’ve crashed!”

She replied cheerfully, “No way! While we were praying, I knew the Lord was going to take care of us!” I was shocked someone would behave so foolishly. And I vowed never to drive with her again. But, although I perhaps should have been, I wasn’t angry that she put our lives in danger—maybe because I knew she was a new believer. And I recognized that her level of audacious presumption was present even among seasoned Christians. Of course, I had the benefit of being able to extend that level of grace because we were all alive to tell the tale. The road had been relatively straight, wide, and empty of any other cars. The prayer had been brief. And despite her folly, we were all unscathed. Others were not as magnanimous. At least one of my other friends was heated, and she scolded her profusely. In the face of this rebuke, our newly converted friend expressed a genuine look of confusion. What had she done wrong?

It seems almost unbelievable that someone would do such a thing; it is among one of the craziest experiences I’ve personally had with someone who had misplaced faith. But it wasn’t the only one. There have been many. I’ve pastored many youth and adults, baby Christians and seasoned believers, who have held similarly inappropriate ideas about what it means to demonstrate faith. It’s hard to separate presumption from true faith when we continually emphasize the miraculous. Don’t get me wrong, there is nothing bad in sharing how God intervenes and makes a way out of no way. The omnipotence of God is awe inspiring. But we can be excessive in our retelling of only the most outstanding of narratives, so much so that every vespers service, sermon illustration, and mission story highlights people being saved from the brink of certain doom by divine intervention because they exercised extreme faith. And if you are fed a steady diet of that, it can leave one with the impression that faith consists exclusively of these sorts of fantastic encounters. How many times have we heard the tale of the missionaries who refused to leave dangerous or hostile territory but were protected from attack by the angels who surrounded their camp? How many times have we heard about people venturing into the wilderness with dangerous animals but were kept safe despite being so close to violent predators? Or a believer refuses to renounce his faith at gunpoint and the gun gets jammed. Look at God! Who doesn’t want to have a testimony of being a modern-day Daniel in the lion’s den? We have entire songs and camporees dedicated to that theme! So, some take it to mean that true Christianity is throwing caution to the wind—just trust in God alone.

While God is omnipotent, our trust should not be replaced with presumption. The Holy Spirit gives the gift of discernment. Jesus teaches us to be wise as serpents. The Proverbs are entirely devoted to cultivating wisdom. God wants us to apply understanding, but this requires some balance: faith is the substance of things hoped for, the evidence of things not seen (Hebrews 11). So sometimes faith clashes with our trepidation. Nevertheless, trusting in God is not demonstrated by actively putting yourself in harm’s way when you can avoid it. Common sense and reasonable precautions are not signs of distrust in God. Matthew 4 illustrates this perfectly. When Satan tempts Jesus to throw himself from the pinnacle of the temple, Jesus recognizes the ploy to have him succumb to folly. Satan even employed Scripture, “For it is written: ‘He will command his angels concerning you, and they will lift you up in their hands, so that you will not strike your foot against a stone.’ “ Jesus countered, “It is also written: ‘Do not put the Lord your God to the test,’ “ thus putting our understanding of faith in its proper perspective. We aren’t to manufacture scenarios of danger just to see if God will bail us out. That’s irresponsible and foolhardy. We don’t endanger our lives for spiritual points. You may think this should be obvious. And yet . . .

Age thirty-four. By the standards of the Adventist Church, he would still be in the Youth Department! Thirty-four years old would be considered by many people as “too young to die”. He was not Adventist, and I didn’t know him personally. But from all accounts, he was a stalwart member of his church. And—at least according to what he stated publicly—he longed to demonstrate his unwavering trust in the Lord. Instead, he demonstrated the same brand of misapplied faith that my friend exercised years ago while we drove along that Michigan road. In a series of tweets posted shortly before his death, Stephen Harmon proclaimed that his trust in God was enough to protect him from COVID. He mocked the medical advice given by experts. He made fun of the vaccine. He discouraged others from taking precautions themselves. Days later, he contracted COVID. He was hospitalized. Then intubated. And he never woke up. Could God have saved him? God can do anything. And at the risk of dredging up yet another well-worn sermon illustration, I will remind us that sometimes God saves us from the flood by sending other people in the rowboat and the helicopter (If you aren’t familiar with this illustration, find it here). Some reject the means of help because they think relying on reasonable methods of precaution is denying God’s power.

At this point there have been dozens of stories similar to Stephen’s, where believers eschew masks, vaccines, and social distancing simply to be performative in their faith. They trumpet it proudly, as if to impress the rest of us. Yet I, for one, am mortified and shocked that someone would endanger themselves and others in such a reckless way. There are Christians who beam at their defiance of common sense. And some of them will not live to tell the tale.