The Embarrassment of Having a Prophet: On Steve Daily's Ellen White Psychobiography

The Embarrassment of Having a Prophet: On Steve Daily's Ellen White Psychobiography 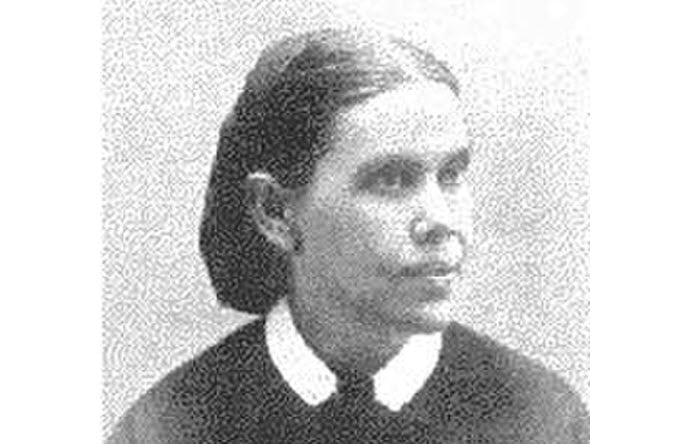 It's not easy to have a prophet today. Actually it never has been. But today it is doubly complicated. On the one hand, in our time all instances of authority undergo a legitimate process of relativization, which is not always negative, and this unavoidably touches our perception of Ellen G. White and her prophetic ministry. The still widespread resistance to extend this relativization to her is neither justified nor far-sighted, since even those who uncritically defend her already apply this process to authoritative figures in other churches (the papacy for example), or even in the political, ethical or family spheres. On the other hand, individuals who in the past were passively subjected to instances of authority, including prophets, today have acquired, through a widespread process of individualization and rationalization, a marked sense of autonomy, reflection and critical capacity. And this process of personal empowerment, both legitimate and necessary, we believers already diffusely apply in our daily life and our faith experience.

Prophets, and the people who listen to them, have therefore changed a great deal in our time. And although there are still many believers who do not perceive this process, Adventism must not fail to recognize and assimilate it. To be a "good enough church," to borrow words that Melanie Klein and Bruno Bettelheim introduced in the field of psychology, seems to be an attitude of lowering the standards, and of renunciation. But in reality it is a sign of realism and historical intelligence. It is just part of historical intelligence to be able to criticize one's own prophets.

To this is added another equally important problem – the profile of the prophet. Max Weber has described the profile of two guiding figures in the birth and affirmation of human groups, including churches. He calls these social models archetypes because they represent a pattern to follow but are not necessarily concrete historical realizations. The first of them, the "Prophet," is characterized by charisma, creativity and vision. The task is foundational and gives a forward thrust. A prophet creates new paths and glimpses new perspectives. The second of these, the "Priest," is a preservationist profile. He is called to manage and protect what exists. The task is not to increase but to guard what one has. The problem with Ellen White is that she is called a prophet but actually functions in Adventism today as a priest, preserving an identity that must be protected and kept pure. White, in her priestly role, no longer pushes forward but backward. She does not create but hinders, does not allow experimentation but stigmatizes it. She is no longer an avant-garde but a rear-guard figure. And this does not depend on White herself but rather on an institution and a community that uses and manipulates her as an alibi to stay where it is. Adventism is a typical community who has not learned to dialogue with its prophet, but only suffers from it.

I. The relevance of Daily's book

For this reason, Steve Daily's book is both interesting and somewhat watershed-breaking. It is not the first and will not be the last. The disappointment is that books like this are produced outside and not inside the church. Something is not working well in Adventism. Religious faith is not only about affirming but also about critical reasoning. We Adventists, though, are good at producing critical exercises to analyze others but unfortunately not yet able to adequately analyze ourselves and the many inconsistent nodes present in our theology and administration. A selective critical spirit is evidence of this and betrays a rigid crypto-confessionalism, opportunistically a little apologetic, a little proselytizing.

Daily's contribution to a theology of White and the prophetic gift seems to me to be threefold, even if this may not have been his intention. First, on a functional level, a prophet is not above the possibility of making mistakes. The limits of my expertise and time do not allow me to validate or refute what Daily says about various aspects of White's work. But his argument is more than justified. A prophet can err, unless we adhere to prophetic inerrancy. We have barely abandoned biblical inerrancy so it would be paradoxical and sad if we instead keep using it in reference to Ellen White. Besides, in the Bible itself we find validation on this first reasonable hypothesis of Daily. Not a few times have true prophets erred and been called to account.

Second, at a structural level, every prophet brings the danger of unilateralism. A prophet could functionally be correct and not make any mistakes. This fact does not, however, free him from any structural limitations. No prophet hoards for himself all the virtues. Part of every prophet is an unavoidable unilateralism. Biblical prophetism compensates for this limitation by introducing a plurality with different voices, temperaments, sensibilities, and theological projects that Adventism does not have. More than the prophet himself, as an individual, it is the global phenomenon – prophetism – that can and should be qualified as true or false, relevant or irrelevant. If, for example, all biblical prophetism were embodied, interpreted and limited to Elijah we would have a mediocre prophetism. Not because of Elijah himself but because of the lack of other alternative prophetic figures. For this reason while biblical prophetism is great and noble because of the plurality it expresses, Adventist prophetism, focused exclusively on Ellen White, is a poor prophetism that, in addition, has the problem of being out-of-date in many areas.

Third, on a temporal level, a prophet by definition does not always have the same relevance. He is relevant at a specific time. The role of a prophet is inseparable from a present truth, which will be valid for a specific period of time. Thus Ellen White is no longer a current prophet. To use her writings today, massively employed to settle any kind of ethical or religious problem, is like trying to use a biology textbook of her time to understand life processes in nature as they are currently understood by science. White is a prophet of the nineteenth century. The themes, arguments and rhythm of reasoning are of other times. They no longer correspond to our own. Prophets have always had a double level of relevance. A first level is a historically immediate level in that what they said was closely related to the events of their present. The words of the prophet Jeremiah, spoken at the end of the seventh century BCE, are no longer directly applicable in the next century. A second level is a level of universal scope in which the directions and perspectives, developed by the prophets, maintain an everlasting validity but which necessarily become a validity of principle and direction, not of specific strategies and actions. The problem for Adventists with Ellen White is that we want to apply the first level of validity to the second one. This is no longer possible. White is a prophet of other times and for us her authority can only be that of the second level, and consequently of generic, not specific strategies.

Daily's book is heterogeneous in that it moves on various levels, not always in a clear and convincing way. I’ll briefly offer three criticisms. The first has to do with confusion of the levels involved. The book presents itself as being a psychological analysis but appears more often as a book of ethical assessment. Certainly, it is not always possible to separate the two areas, but it is still necessary to keep them distinct without creating an excessive and confusing overlap.  Adventist ethicist David Larson notes this when he qualifies the book more as an "ethical condemnation" than a "psychological evaluation," hoping that in a second edition the psychological evaluation will be published separately. This suggestion is probably excessive and inapplicable. It would be enough for the author to be more rigorous in his treatment of either dimension without switching so casually and erratically from one to the other.

The second criticism is a failure to recognize White's evolution over time. This criticism is addressed to him by theologian Alden Thompson, even though Thompson tends to downplay the remaining problematic nodes in White. For example, regarding the guilt-tripping, moralizing language that is easily found in her books, Daily tends not to perceive an improvement and modification over time. Whereas Thompson, in defending White, tends to see those limited changes as final and decisive without perceiving that, beyond those improvements, her pronouncements remain problematic in some areas and below what we can accept today as theologically convenient and humanly appropriate.

A third criticism concerns the tone of his analysis. Daily reasons about White excessively in terms of true or false, of health or disease. This, after all, is a typical characteristic not only of Ellen White but also of Adventism. For White, it is as if everything is final, decisive, urgent and requires a clear and definitive stand for the true versus the false. In this, White's language is very anxiety-inducing and the use Adventism makes of her is even worse. Daily changes registers and levels but the anxiety-inducing tone remains in full. He never manages to express a more neutral language, or more descriptive one from an ethical and psychological point of view. In this sense Daily remains and is very “Whiteian.” His language provokes anxiety.

Instead, I would suggest that, not only White but life in general and spiritual life in particular are, at the most essential level, "beyond good and evil," "beyond health and illness." We must, as James Hillman would say, learn to depathologize and see the ups and downs, some excesses and some deficit, as normal ripples and curves of existence. If we applied the impetuosity, determination and intransigence that Daily applies to White, not only would no prophet come out intact, but we would be worse. There should be a milder way to describe human events and characters.