A Conversation for the Ignorant 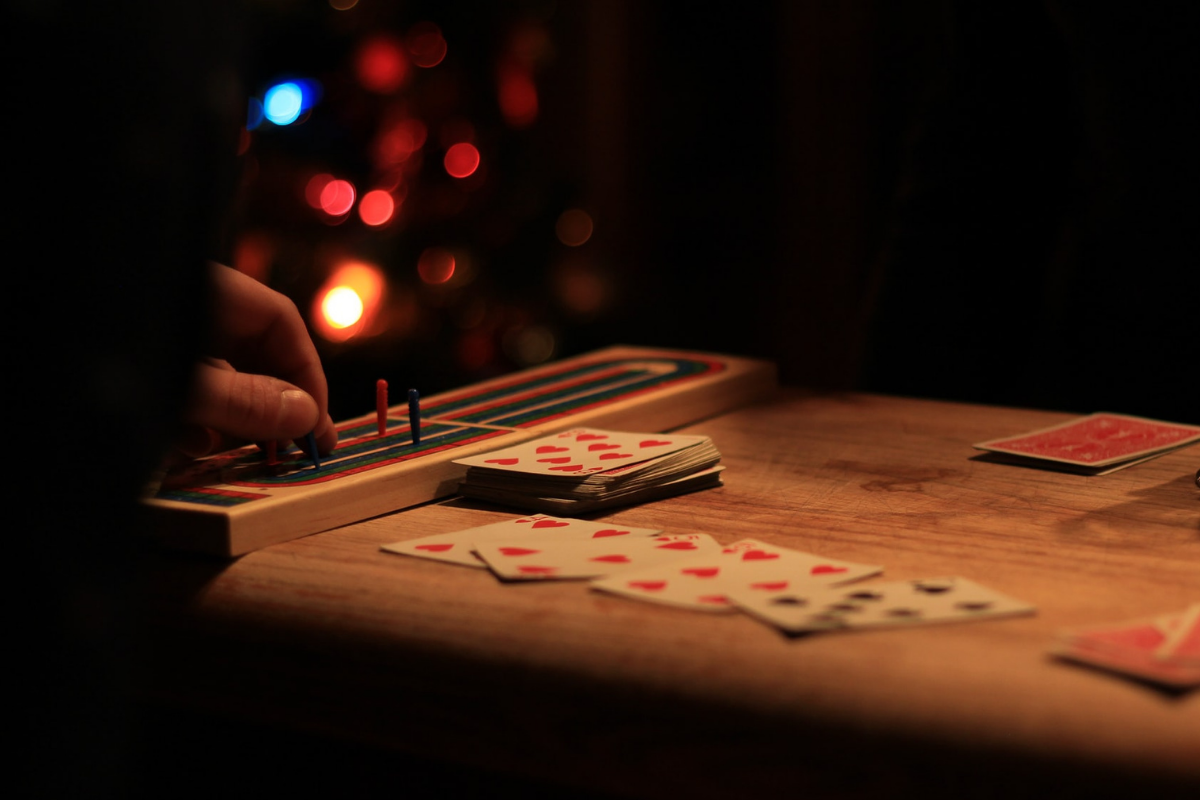 I had planned to stay home for Christmas break, but my Aunt Erica contacted me in early December and asked me to take over her duties watching over my grandparents. She has been doing this for at least the past eight years. I readily accepted the opportunity since I had visited North Carolina during the summer and wanted to see family again.

While there, I lived a Samaritan-like existence of helping a relative out each day, but I refused to go to church on Sunday with them. They thought it odd as I grew up in my mother’s Baptist church, my father’s Catholic one, and eventually made my own decision to join the Adventist denomination. But recent experiences in my life had led me to have a negative outlook on religions.

This view was challenged one afternoon in late December during my visit to North Carolina. My grandfather, Jim, was a tough, outspoken man who had a smooth but booming voice. He invited me over to learn how to play cribbage, a game that he inherited from his time in the navy. I arrived at his house, a relic from the 1970s, with floor-to-ceiling windows and marble floors. As we played, I couldn’t form much of anything to say as it had been many years since I saw him last. Interrupting our silence, Jim spoke. His voice reverberated off the walls, “You go to that Adventist school up north, right? Your mother told me about your school the other day during our call.”

Jim ran an apparel company called Thorlo out of Statesville, North Carolina. He started it in 1980, creating new innovative designs that brought success to his small business. But over time his progress as an inventor slowed down, and the company grew, so he focused more on leadership. For the next 30 years, he researched various religions and introduced positive aspects like the Hindu belief of reaching Dharma, which is a code of living that emphasizes good conduct and morality, into the company. Inserting his own beliefs into an organizational culture was his way of creating a unique style of leadership philosophy.

Upon his inquiry, I remembered that Jim often sent out emails to the family with the newest religion he had researched which included aspects that he thought employees and family should know to improve themselves. Adventism had been his most recent victim. I responded hesitantly, “Uh, yeah I go to Walla Walla University. It’s a little private school in my town, I went to the high school that is a sister school to it.”

“So, you must have learned a lot about how Adventism and their own Christian culture was formed. Could you tell me about how their church works in practice?”

Embarrassed, I reluctantly replied, “I could tell you the basics, but I don’t pay much attention in any of my religion classes, to be honest. Most students take the class time to sleep or slack off…” — we briefly laughed at the idea — “…also, I don’t attend church anymore so I wouldn’t know where to begin on how they practice their version of Christianity.”

“You should pay attention more, son,” he told me. “While you may not understand Adventism or another religion, the idea of hope it brings can inspire people to make innovations that other people are reluctant to be without. After all, that’s what I’m looking for in my employees!”

We laughed about it some more, but what he ridiculed me about struck a chord.

Unfortunately, this conversation occurred the last day I was able to spend with him before my Aunt Erica came back to, “resume her post,” as she put it. When I flew home, I was perplexed by what my grandfather said. I racked my brain trying to understand how my grandfather could be so innovative and still fall prey to the belief that religion could be more beneficial to his company than empirical organizational cultural principles, as my own education and research had taught me were more beneficial. But I eventually became too distracted to think about the subject when school and work engulfed my life once again.

However, two months later, I learned my grandfather died in his room at the caring facility they had put him in a few weeks prior. I was devasted because of my recent visit, which was probably the most time I had spent with him since I was a child. My family flew out to attend his wake, visit with our closer family members, and see the employees my family had grown up around. During this time at home, all the memories became too simulating to ignore any longer.

I began to ask myself why I despised religion. A couple of shoddy experiences with hellfire and brimstone sermons at Baptist churches, the evil publicized about the Catholic priests, and watching people be kicked out of church for piercings or tattoos when other members commit acts such as sexual assault. As I was reliving these memories, I began to fall into a deeper rut of confusion and contempt. But the employees around me interrupted my thoughts.

At the wake I saw many of my grandfather’s former employees from across a room packed with floral arrangements that stung my nose and a crowd of voices too loud to hear much of anything. Many of them told me about his attempts to constantly change organizational culture by introducing them to religions they hadn’t known about. Seeing them so happy to talk about how they appreciated the exposure to new religions that he had shown them, my thoughts on the matter suddenly shifted.

Religion is hard to understand for a lot of people, including myself. It can seem nowadays that it brings about false certainty in many who do not expose themselves to the relief of faith. But my grandfather’s employees were forced to learn about many different religions that eventually helped them find happiness and joy in their lives. Some practice Hindu, some practice Catholicism, some practice Adventism, but his people have found solidarity in religion. For myself, I don’t think I will ever find happiness in just one religion, as the past has not been great for me. But just like my grandfather, I hope that by creating my own scrapbook of faith I can find the same happiness and joy he imparted onto his employees.

Ethan Sineath is a student writer at Walla Walla University. He is interested in studying how society creates values and how they shape interactions. He is currently taking a feature writing class focusing on short essay form. He is from North Carolina.

Photo by Noémie Cauchon on Unsplash