Collective Trauma and Going to War 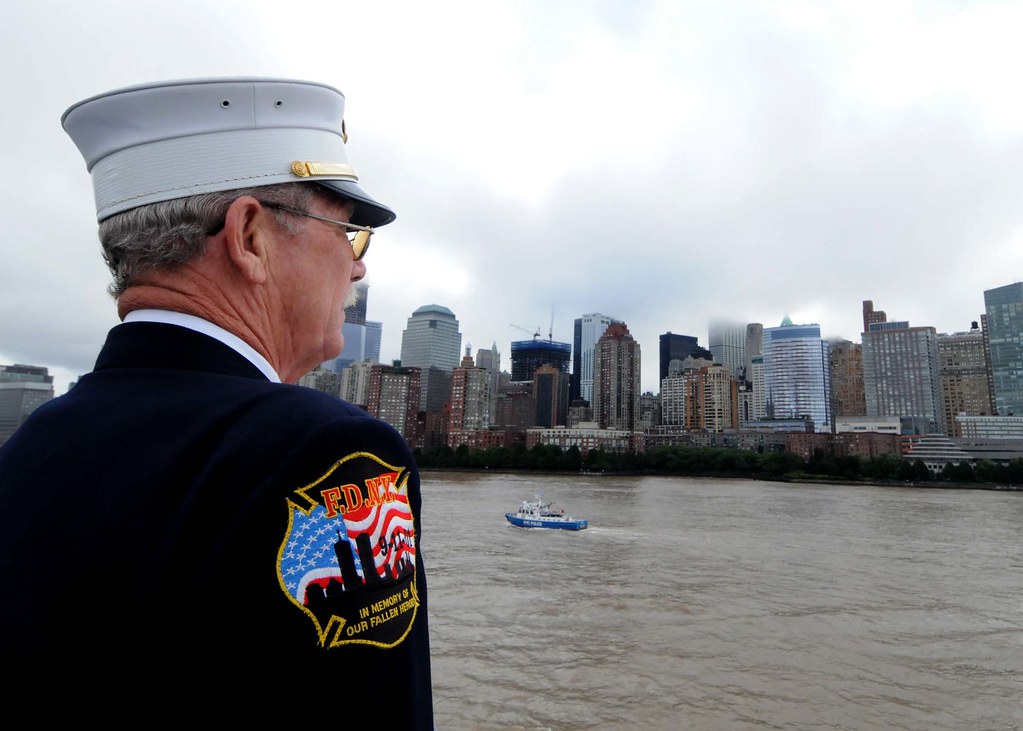 At the 20th anniversary of the 9/11 attacks, ancient Greece and Rome can tell us a lot about the links between collective trauma and going to war.

On the outskirts of Grapevine, Texas, a town about 5 miles northwest of the Dallas/Fort Worth International Airport, there’s a memorial dedicated to the 33 airline flight crew members who lost their lives in the terrorist attacks on Sept. 11, 2001. When I stumbled upon the monument several years ago with my family, I experienced contrary emotions: sadness inspired by the memorial’s stark figures, mixed with anger over how the attacks quickly became a pretext for U.S. wars in Afghanistan and Iraq.

Now, as U.S. soldiers leave behind uncertainty and violence in Afghanistan, I look back on America’s past 20 years with two sets of eyes.

As the first-year graduate student who stood smoking a cigarette in Washington Square Park at 8:45 a.m. on Sept. 11, 2001—less than a mile from the World Trade Center’s Twin Towers and where the sound of the jet engines’ final roar mixed in with a Tuesday morning’s bustle—I feel visceral sorrow and remorse.

Today, as a scholar of Greek literature who studies narrative and memory, I see how this collective trauma shaped U.S. actions and has affected Americans’ vision of their identities and shared history—a feedback loop that is reflected in the myths and histories of ancient Greece.

Twenty years is still recent history for many, so memories of the 9/11 attacks may still be too raw to easily reflect on and learn from. That’s why looking for parallels in ancient stories of destruction and loss can help in understanding how shared trauma can shape the stories a nation tells itself, and the decisions that get made in response.

What is “collective trauma”?

Collective trauma is a term that describes the shared experience of and reactions to a traumatic event by a group of people. That group may be as small as a few people or as large as a whole society.

The 9/11 attacks shattered collective American confidence in its safety and sense of place in the world. America’s collective efforts to learn to live with that trauma partly explain why there is a Sept. 11 memorial in a Texas town thousands of miles from where the attacks took place. It also demonstrates that collective tragedies can shape the world views of individuals who were not present at the event.

The traumatized group may go through shared stages of grief, from disbelief to anger. The further the group gets from the traumatizing event itself, the closer it moves to social memory, a concept historians use to describe how groups of people come to share a consistent story about past events. This narrative can be manipulated to reflect or enforce values in the present.

My studies of ancient Greek history suggest to me that this is what happened in the U.S. after the attacks. There are myths and histories of the ancient world that describe how, in the wake of the destruction of cities, societies created cultural memories that helped them find reasons for rushing into war. These episodes have parallels to the U.S. in the early 21st century.

In the spring of 2002, I attended a New York University conference called “Saving the City,” where speakers were asked to consider such stories. One of the histories we focused on involved Athens after the Persian army invaded Greece—for a second time—in 480 B.C. and burned the temples, groves, and homes of the Athenians. The attack was in part vengeance for a past military loss, and also a punishment for Athens’ meddling in Persian affairs in Asia Minor. As with New York on Sept. 11, the attackers targeted an icon: the first version of the Athenian Parthenon.

In the wake of this collective trauma, as the scholar Bernd Steinbock argues, narratives of city destruction became popular in Athenian storytelling and art. In some of these stories, cities that had committed offenses against the gods then suffered at the hands of international armies that formed to set them right.

Athenians told one another these stories as they raised troops and a navy to harry the Persians in Asia Minor. Athenian political rhetoric was shaped by the specter of Persian invasion and the threat of re-invasion, the glory of victory, and the casting of Athens as a force for freedom and justice in the world. This rhetoric justified imperial expansion, violence, and eventually the murder and enslavement of the city’s own allies..

That led to the Peloponnesian War, a destructive 27-year conflict with Sparta that ended with Athens being conquered again in 404 B.C.

Rhetoric and calls to arms

In 2001, Americans were still in the early days of their collective trauma when talk pivoted to the rhetoric of war. Analogies were made to shared cultural or national stories from the past: The terrorists were “evil-doers,” President George W. Bush said soon after the attacks, and fighting them was “a new crusade.” September 11 was the “Pearl Harbor” that made it OK to invade Afghanistan.

By early 2002, Bush was telling the nation that Iran, Iraq, and North Korea—the “axis of evil”—were threats to the United States, although they had not been implicated in the Sept. 11 attacks. His administration would soon use its claim that Iraq possessed weapons of mass destruction as a “Gulf of Tonkin” moment to justify the U.S. invasion of Iraq—a reference to the 1964 event that spurred greater American military involvement in the Vietnam War.

As I listened to this sort of political rhetoric at the time, the language of Greek myth and poetry helped me understand how political speech capitalizes on memory to create shared realities and justify use of violence. I spent that first year of graduate school in New York City studying the language and politics in Homer’s epic, the “Iliad.” The story’s “thousand ships” from different cities sailing east, with a bumbling fool at their head, to punish the Trojans seemed an awful lot like the fractious “coalition of the willing” —Bush’s term for the military alliance he assembled to invade and occupy Iraq.

Rome provides another example from ancient history of the relationship between collective trauma and justifications for imperial pursuits.

The city of Rome fought and won its first war with the powerful city of Carthage—located in what is today Tunisia—between 264-241 B.C., and its second between 218-201 B.C. Rome then imposed a hefty war indemnity on Carthage, which helped it acquire territories that laid the foundation for a pan-Mediterranean empire.

These two victories ended any significant threat that Carthage may have posed, but Roman culture remained obsessed with war. According to the military leader and author Pliny the Elder, the statesman Cato the Elder used to shout “I think Carthage must be destroyed” at every meeting of the Roman Senate. Rome went on to fight a third war with Carthage, besieging and destroying the city between 149-146 B.C.

I can’t think of this anecdote without remembering how Bush agitated for invading Iraq over 10 years after his father’s invasion of the country. Or that just a handful of years after Bush’s 2002 “axis of evil” speech, a presidential candidate sang “bomb bomb Iran” to the tune of a Beach Boys pop hit.

These and other accounts from ancient Greece and Rome suggest that over history, collective trauma has often created an opportunity for leaders to use social memory—a culture’s shared stories—to create justifications for lashing out at the world, careless of any new damage it may cause.

As individuals and nations, we don’t act because of what we suffer, but often because of the stories we tell about it.

This article is republished from The Conversation, a nonprofit news organization dedicated to spreading ideas from experts, under a Creative Commons license.

Joel Christensen is Professor of Classical Studies at Brandeis University.