Beyond the Standoff: How Shall We Read Apocalyptic Texts?

Beyond the Standoff: How Shall We Read Apocalyptic Texts? 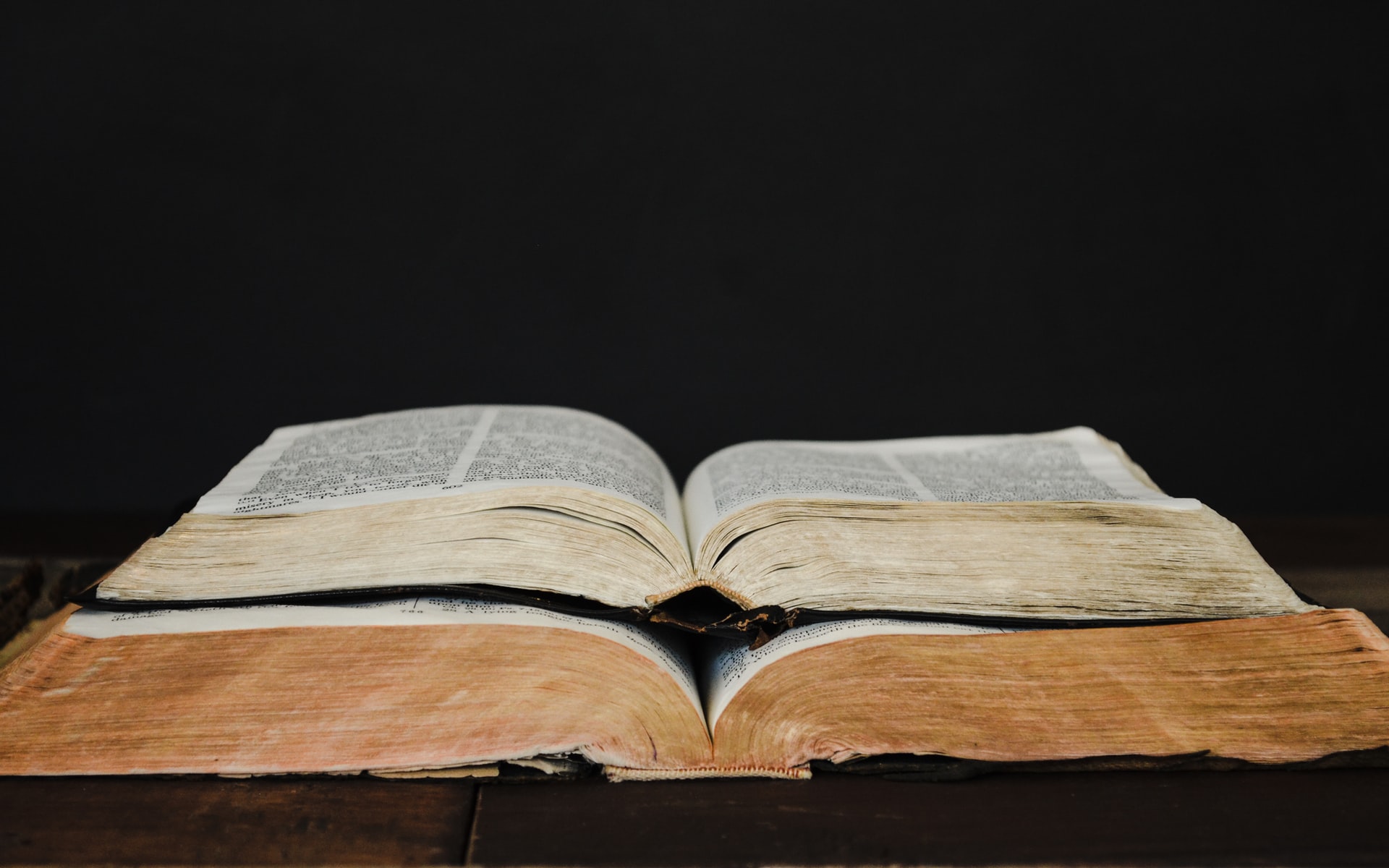 So what’s going to happen—and when? A couple of millennia and more down the road, we’re still asking, and for good reason. The drumbeat of eschatological angst is picking up once again, and the ancient signs and portents return to speak anew. We Seventh-day Adventists, long accustomed to secular pushback against our midnight cries, now find ourselves in the midst of concurring voices. These arise not only from fundamentalist and even evangelical fellow Christians, but also in varying scenarios from certain Muslim, Jewish, Hindu, and Buddhist circles.

Under these gathering clouds, Adventists find themselves pulled in a couple of directions. One is the response of our traditional conditioning, with all of its pitfalls: To add our voice to the swelling chorus of interpreters who would advocate yet another spin to Revelation’s “things which must shortly come to pass” (Rev 1:1), with all of the contemporary religio-political claims attached. The other is the response of our scar-tissue: We’ve been here too many times before, thank you just the same.

Can we move beyond this standoff? As Reinder Bruinsma points out in his contribution to the current (49/2) issue of Spectrum, “We definitely see developments in Adventist approaches to Daniel and the Revelation” (p. 17). In evidence, he provides insightful reviews of three recent highly divergent books authored by SDA scholars, variously exploring ways of reading the Revelation of John, today. The first of these, Plain Revelation by Ranko Stefanovic (Andrews University Press, 2013), comprises an introduction to his 2002 commentary, Revelation of Jesus. While it largely retains the denomination’s traditional historical (sometimes termed “continuous-historical”) approach, it applies this in newly moderated ways. The second, Sigve Tonstad’s commentary Revelation (Baker Academic, 2019), reflects on John’s apocalypse from a standpoint that builds upon its historical setting in the Roman empire, while integrating it with the overarching biblical narrative frame, and bringing its meanings to bear upon our times today in stunningly acute analogies.

Bruinsma’s third review is of The End of the Scroll: Biblical Apocalyptic Trajectories by Herold Weiss (Energion Publications, 2020). Of the three, Weiss’ is the most thoroughgoing example of how a preterist reading, that asks not “what’s going to happen?” but “what did happen?” can provide a disciplined and rewarding approach to understanding how apocalyptic texts were written and how they can helpfully speak to us today.

Both a kind of thought and a literary style, apocalyptic derives its Greek name (apokalypsis) from the idea of “uncovering,” or “revealing.” Accordingly, while it can certainly include cosmic clashes, its original focus was more on encouraging exhortations than on cataclysmic upheavals. Typical themes include two temporal eras, whereby the present evil age yields to a glorious age to come in accord with a divinely predetermined timetable. Other motifs regularly involve the text’s attribution to an ancient sage or foreteller, its secrecy or seclusion until the climactic end-time, heavenly visions, ranks of angelic beings (both evil and good), complex numerology, and rich symbology.

A couple of important shifts of consciousness in the centuries before Christ underlie the rise of apocalyptic thought. Weiss identifies one of the most basic of these as a transition from tribal or national identity as the norm in classical prophetic Hebraic thought, to that of a “new understanding of the self as an individual person” (p. 16). This rise in personal accountability has comparable trends during the “Axial Age” six or more centuries preceding Jesus across the civilizations of Rome, Egypt, Mesopotamia, India, and China.

The OT prophets grounded their messages in a mental framework concerning the nation of Israel, extending from the Mosaic covenant between God and the chosen people—repeatedly violated in their rebellions at Sinai and beyond—to the prospect of a national restoration in the last days. Weiss sees the apocalyptic vision as more expansive. Extending from the creation and fall in Genesis, through the promise to Abraham and to the ultimate re-creation of all believers, this account took all of the created order into its scope and thus laid the foundation for the world-embracing gospel of Christianity.

This explains why apocalyptic writings often draw upon themes that pertain to the primordial ordering of all things out of undifferentiated chaos, in ancient cosmogonies. It’s as if the powerful forces at work in the primeval beginning time resurface at the time of the end. Even so, Weiss’ closely perceptive readings of the New Testament materials enable him to see how the NT writers provide uniquely Christian interpretations of the decisive cosmic showdown. In tracing the apocalyptic elements in Paul, the Epistle to the Hebrews, Mark, Matthew, Luke, the catholic epistles, and Revelation, Weiss shows how, even with substantial variation, the dominant theme of Christ’s effective victory over the forces of evil comes at Calvary and the resurrection. This distinguishes Christian from Jewish apocalyptic understandings. As Bruinsma perceptively notes, Weiss’ main thesis is that the apocalyptic writers did not have foretelling the future as their goal. This is especially true in the Christian tradition, where the outcome has been determined; God’s justice, mercy, and rulership have already been irrevocably established. Accordingly, the apocalyptists saw themselves as strengtheners, as advocates of faithful and steadfast Christian life under adverse, sometimes terribly oppressive conditions. The struggle that remains is within the minds of individual believers, as to which power is to receive their allegiance.

While rabbinic Judaism repudiated apocalyptic speculation after the Second Uprising (132-136 CE), Christian apocalyptic literature, canonical and extra-canonical, appears to have retained some acceptance until the time when Christianity was declared one of the Roman empire’s licit religions (313CE). Within the Old and New Testament writings, it is the apocalyptic materials that have longest been the refuge of those who would resist historical-analytical approaches to reading biblical texts. It is these same materials whose treatment over the centuries has most demonstrated the need for trustworthy interpretive criteria.

With his extensive knowledge of the historical contexts in which the Jewish and Christian apocalyptists wrote, and his keen ability to perceptively enter into the symbol systems of their literary compositions, Weiss demonstrates the potential payoff of historically analyzing these rich and evocative materials. He knows his craft, and employs its disciplines both responsibly and with verve.

But Weiss goes further. Were his purpose simply to reconstruct the time-bound messages of ancient essays, he would be merely confirming today’s dissatisfactions with preterist readings, however skillful. Rather, having thoroughly arrived at each apocalyptic writer’s intention, Weiss calls upon himself and upon each of us as his fellow-readers to reconstruct and restate the lessons in terms that address our time and challenges, in our own thought-modes. “The language used by those who worship the Creator God today must reflect the contemporary understanding of the universe and the human situation in it. It must be able to transcend the limits of what historical and scientific descriptions are able to depict and establish the power and the justice of God not only by what a believer says, but also by how believers conduct their lives in society” (344).

To understand the message of the Christian Gospel it is essential to take seriously the goal, the end, sought by those who used apocalyptic language. They were men and women of faith who lived in different symbolic universes. . . .  It is a gross mistake, however, to think that we can dismiss their texts and [nonetheless] understand what Christianity is about. . . . They were concerned with giving purpose and meaning to their lives in a very confusing present that offered little hope for the future. . . . Their aim was to insist that, in spite of all present evidence to the contrary, God’s sovereignty is to be taken seriously. . . . Our increased knowledge of the cosmos and of our interior lives, as such, does not provide guidance for living meaningful and fulfilling lives in the present. For that we need not only to understand the past; we need also to have a compelling vision of the future. For those of us who believe that the significant past was the intervention of God in the death and the resurrection of Christ, the only significant future is the future of Christ, that is, his resurrection as the establishment of a new creation. This is something that only faith can grasp (345-6).

It is this final interpretive step that combines the strengths of preterist and contemporary readings of apocalyptic literature. Only so can the ancient visionaries be given their full and proper voice in our time. Reinder Bruinsma is to be thanked for so helpfully contributing his insightful reviews of three creative Adventist interpreters, and Herold Weiss for so ably modeling this integrative strategy.

Photo by Debby Hudson on Unsplash