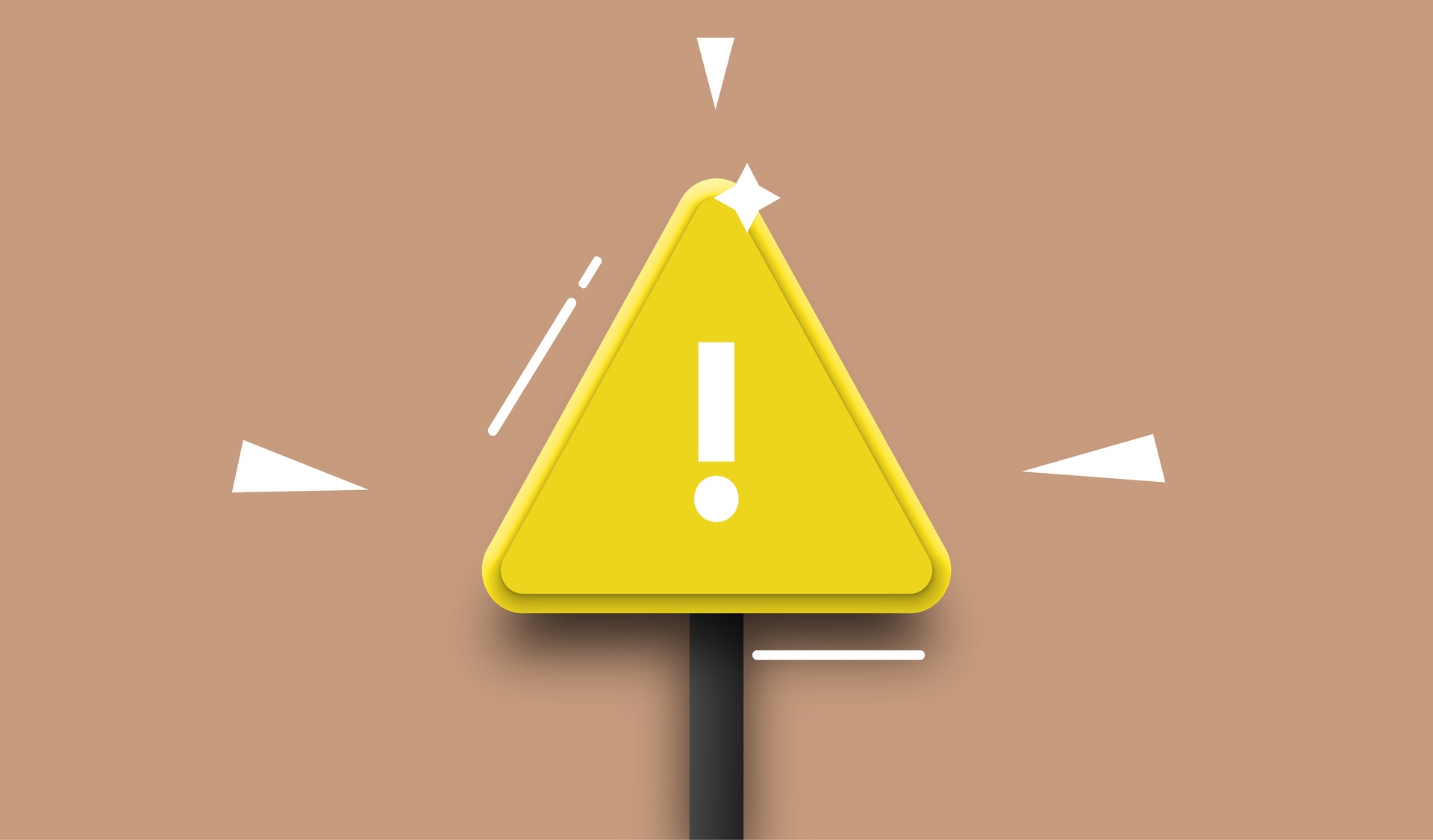 Essential religious warning markers to caution us before we act unreligious.

If you are into professional sports like I am, you will know that statistical science has become a big part of professional sports, and it's most likely here to stay. Before, during, and after the game, Sports pundits will drown you with numbers and statistically based analysis and predictions.

Call me old school, but I still think games are lost and won on the pitch; I am a “guts and glory” kind of guy. I want to see a player leave their all out there. But having said that, I do believe statistical science has its place. It is a highly efficient way of quantifying consistency. Who doesn't want their team to field highly consistent players for those must-win games?

What statistical sports science has tapped into to predict consistency is what we have known all along. And that is, past actions have a way of forecasting future endeavors. This reminds me of an old Southern African proverb that loosely translates to, “Where a river once flowed, it will most likely flow again.”

The implication is that a wise person will take heed and not build his home and have his being on such grounds.

As I dabble in religious history, I find numerous places where the religious river once flowed in the past. We don't often talk about these places because they are a black spot in our “perfect” religious history. But I do believe for hindsight to be 20/20, we need to explicate the past. Doing so will help us avoid the danger of using our religious failures of the past as building blocks for our current and future spiritual identity.

We can avoid constructing our identity where the proverbial river has flowed in the past. because doing so, to borrow the words of Solomon, will be “a piece of bad business ... an error that” could “be blamed on whoever is in charge” (Ecclesiastes 10:5 MSG).

We have enough religious history under the belt to recognize the numerous telltale signs of bad religious practice. The religious practices that led to the inter-Christian persecutions are similar to those that ushered in during the proverbial Islamic dark ages. The ideas and practices that made the first century Jewish-Christian schism oppressive and bloody are already at play in the modern-day denominational divide.

And yet, we still refuse to let our collective foot off the gas pedal, running the danger of having our river flow in that direction once more. Our critics see this and point it out to us, but we often reframe their views as ungodly and unsanctified. We ever so quickly forget that all truth is God's truth, even when we are on the receiving end of it.

As I pointed out, there are several telltale signs of bad religious practice; but I would like to focus on one that I find the most challenging because of its modern-day relevance. My prayer is that this would aid our conversation as we press towards individual change and Christian growth. After all, the most effective change is not institutional, as in through policies, but individual, reflecting personal choices and convictions.

Religious identity, rightfully so, hinges on religious grand narratives. What we often forget is that a significant chunk of that body of knowledge is a product of human understanding, and human understanding is notoriously fallible regardless of sincerity.

Therefore, it is essential to hold on to our perceived truths loosely so God, in his way and at his own time, can pry them out of our hands and reshape our fallible understanding.

A famous example of how we tend to hold on tightly to our perceived truths is evident in the Rabbinic Messianic theology of the first century. For countless generations, the Rabbis had intellectually built a wall of understanding on what the Messiah ought to be, such that when a Galilean carpenter claimed he was the Messiah, they assassinated him.

Another example is in the book of Acts. The Jewish Christians struggled to understand why and how a gentile can become Christian without undergoing circumcision (Acts 15). Since beginning with Abraham (Genesis 17), the Jews intellectually saw circumcision as parallel to belonging. But that ideology was faulty at best.

Imagine how different the story of Protestantism or the Shia–Sunni relations could have been had individuals loosely held on to their grand narratives.

At the beginning of his famous lecture on the mountainside, Jesus taught his audience to acknowledge their spiritual poverty because “with less of you there is more of God and his rule” (Matthew 5:3 MSG). Accepting, embracing, and mourning our spiritual bankruptcy allows God to replenish our spiritual account with him.

Luke 18:9-14 reemphasizes this point by showing us how the pharisee who brought his resume to God in prayer was not accepted, but the publican who acknowledged his bankruptcy was accepted.

Question Us at Your Expense

I will suggest that accepting what we think we know is, in the words of Paul, only just “in part” (1 Corinthians 13:9) of what it means to be a Christian. And the alternative is equal to flirting with dangerous religious practices.

Bodies of faith that have so-called concrete truths almost always develop an anti-questions culture. Everything is promoted as the will of God and ought to be accepted without question.

I jokingly once said to a close friend leading up to nominating committee season that “the best way to avoid getting asked to do anything in the church is to start asking difficult questions three months before nominating committee. Questions like, Is foot washing a requirement during communion? Was Ellen White ever wrong? Can we have a song service without singing from the church hymnal? Is it ok to farm grapes for a living?”

These four questions alone are good enough to get you sidelined from church life and labeled as unconverted. The historical record tells us that once a religious system becomes anti-questions, it tends to persecute those who venture to question in one form or another.

When individuals don't hold on to their perceived truths loosely, the human casualty left in their wake is usually disturbingly high.

What It All Means

It is not sacrilegious to believe and still accept that you might be genuinely mistaken.

Don't get me wrong. I'm not advocating for eliminating religion; that would be equal to throwing out the baby with the bathwater. As the late Rabbi Sacks once pointed out, “The cure for bad religion is good religion; just as the cure for bad science is good science and not no science.”2 I am also not advocating for an unstructured loosey-goosey religious experience, the kind that is void of any absolutes. Certainly not; I'm advocating for a humble and teachable spiritual practice, the kind that acknowledges that only God is omniscient.

Thandazani Mhlanga is a pastor, educator, orator and author currently serving under the B.C. Conference in Canada. Pastor Thandazani and his wife Matilda have been blessed with three beautiful girls who are the joy of their lives and their highest calling. (www.themscproject.com)