Adventists and Race in the Review 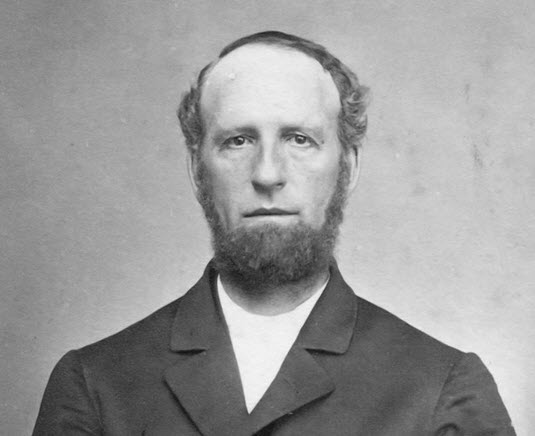 I deeply admire the Adventist Review! I know that seems like an unexpected thing to read in an article in Spectrum Magazine. But it’s true. I appreciate not only Spectrum, but also the Review, Adventist Today, Message, the Regional Voice, and many of our other Church periodicals. I am personal friends with many of the editors and columnists at these publications and have even written for them on several occasions myself. I often enjoy—and sometimes disagree with—lots of pieces in these magazines. I see them as sister publications … or perhaps cousins: part of the same family, while still retaining their own personality. Yet, people often discuss them as if they are rivals instead: each staking out a plot within Church membership and battling readership for hearts and minds. From my perspective though, they complement each other as opposed to being contrarian towards each other. Together they create a mosaic comprising the different aspects of Adventist thought.

While Spectrum does a great job of presenting a … well … spectrum of views all on its own, it’s definitely no secret that, among readers, there is a perception that Spectrum resides in the “liberal” camp of Adventism and the Review supposedly skews more conservative. The Review is often thought of as “safe” and traditionalist, while Spectrum is viewed as edgy and controversial. I think this dichotomous belief is misguided. There have been some notably conservative takes that have appeared in Spectrum! And, to the surprise of some, there have been plenty of fiery progressive pieces in the Review. The authors of the most sensational pieces may be unexpected.

When I was an undergrad Theology major, I was required to take Church History. Honors students also took a certain number of honors classes, but we could get permission to enroll in a regular class and complete extra projects to turn it into an honors class. I “honorized” my Church History class. I chose to read and summarize the archives of the Advent Review and Sabbath Herald from its inception to the present day (which was then the late 1990s). I wasn’t going to read every single issue. I sampled and summarized issues for each year of the Review. To some this may have seemed tedious. But that project afforded me insight into and appreciation for the thought processes of our church leadership over the decades that few people get to explore for themselves.

Recently an excerpt from an 1864 Review article attributed to James White has been making the rounds in Adventist social media circles. On my first pass, I also believed that he wrote it. While it turns out that he did not write the article, he was the editor of the Review and published the piece. The passage owes its virality to the seemingly uncharacteristic content. I’ve written before about society’s tendency to bowdlerize leaders; it happens on a grand scale every MLK Day. And the Adventist Church is no different when it comes to our pioneers. James wrote some very bold—and dare I say “progressive”—stuff. And yet this passage contains what would be considered incisive and a bit controversial even today! If this same piece was published in the 21st century instead of the 19th, there’s no doubt that people would think it was ripped from the pages of Spectrum and not the Review.

- “It is the Anglo-Saxon race which boasts of being the great apostle of the principles of righteousness and just government, and yet poisons millions of the Chinese annually, enforcing the infliction with armed fleets; takes America from the Indians, and the Scinde from its lawful possessors, by robbery and murder; kills races of men to get territory to which it has no claim; makes treaties to plunder those who enter into them, breaks them to gain lands, blows the helpless to atoms because they dare to remonstrate and seek self-preservation by force of arms. The Anglo-Saxon race professes to be the messenger of peace, yet carries a sword ever warm with blood, and often with the blood of its own immediate kindred. The Anglo-Saxon race gives itself out as the missionary of Heaven, and the evangelizer of mankind; yet it is earth’s most successful propagandist of atheism, infidelity, and resistance to lawful authority; the educator of nations in rebellion and supreme selfishness.”

- “There are others who believe that the perpetuation and spread of our particular ideas and institutions are so linked with the civilization, enfranchisement, and conversion of the world, that we certainly are safe, whatever may transpire. The Anglo-Saxon race at least is that to which multitudes assign this sublime mission. This, too, we regard as entirely a delusion.”

- “In a word, the Anglo-Saxon race is an embodiment of the same depraved humanity found everywhere upon earth, only a little better cloaked with Pharisaism, a daring falsehood, and the spirit of worldly gain, a little more pretistically sentimental, a little more unfalteringly self-idolatrous, and a little in advance of the apostate nations on their way to the judgments of God Almighty. So far from looking to such a people as the predestined instruments to convert and regenerate mankind, we feel rather, with a certain divine of England, that “the depression of the Saxon race is absolutely necessary for the moral and religious improvement of the world.” So far from being the redeemer which men would have it, it needs rather to be put out of the way, that the promised redemption may come.”

This is just a small part of the exposition that James White included. It’s undeniably blunt. But there’s more. The article continues in speaking about the idolatry of government and the futility of human systems. It quotes a Dr. Duffield, who warns about the oppressive qualities present in every system, including the church.

-“Tyranny and oppression, in church and state, under every form of government, social, civil, ecclesiastical, monarchical, aristocratical, or democratic, have, sooner or later, characterized the governments of earth, and done so from the beginning.... It is the sway of heaven alone that can redeem this fallen world.” It was truth he uttered. There is but one rightful and competent governor of earth; and He is a King.”

The fore-parents of the Review (and the Church) did not shy away from dealing with issues that may have seemed uncomfortable. Discrimination today and the harm inflicted by mainstream cultures is undeniable. Racism is alive as much inside the Church as outside of it. Yet there are members who believe it shouldn’t be discussed in religious settings. Pastors shy away from preaching about these concepts because they fear it will alienate members who are enveloped in fragility. And many ministers avoid these discussions because they themselves have been convinced that our congregations are not the place for these conversations. Calling out institutional injustice has been labeled as inappropriate for the church. But if we don’t tackle it, who will?

Adventism is not alone in its dodging of this topic. The Southern Baptist Church has similarly tried to dismiss these discussions. Critical Race Theory has become a secular boogeyman to some. Yet CRT is merely an academic examination of the realities of systematic racism and its pervasive impacts on society—although to hear some explain it, legitimizing CRT is diametrically opposed to the belief that sin is an issue of the heart and spirit. As Christians, we can acknowledge both as true: the destructive actions of racism are also rooted in the destructive spirit of sinfulness. Naming and studying the components that uphold racism from a structural perspective does not negate recognizing the spiritual components as well. Christ is indeed the solution to it all. And also, Christ calls us to take action to foster justice (Isaiah 58; Micah 6:8). We can’t actualize plans to combat a problem if we are afraid to admit it even exists. The discomfort of speaking about specific problematic behaviors of majority cultures has stifled true progress, reconciliation, and healing in this area. These are areas where the Church should be leading.

Of course, Regional Conferences and subcultures of Color that exist throughout the SDA family have had these conversations for decades. But what makes the 1864 article so intriguing is that James White himself is a white man who doesn’t equivocate in publishing an article calling out the community to which he belongs. To be fair, it notes that all cultures have faults. But the article pointedly dismantles the “delusions” of white superiority and he dispels the notion that whiteness is tasked with a divine burden of saving other cultures through assimilation. This is a widespread belief that was evident in the colonialist mindset of James’s day, and it still persists in many missionary mindsets of the present day. Whereas the church’s founding members were unabashed in their calls for accountability, present day leaders excuse their timidity by claiming it isn’t “appropriate” for the church to speak on.

As I observed people’s reactions to reading James’s excerpt, I smiled and thought, “If you only knew the half of it.” Finally, a wider section of our church is getting to know a little more about the unblushing publications from leaders I immersed myself in over 20 years ago. And I hope that just maybe someone will feel more emboldened to initiate dialogues about difficult topics for themselves. Perhaps reading these early writings will give some of our present-day leaders “permission” to wade into these waters within our church. We need more forums like Spectrum that are unafraid to tackle the hard subjects. Or should I say, like the Review.

Correction: An earlier version of this op-ed essay stated that James White wrote the 1864 article in the Advent Review and Sabbath Herald. In fact, as pointed out by Tim Poirier, vice-director of the Ellen G. White estate, it was “selected” from another journal—source unknown—and included in the Review under James White's editorship without clear authorship. The essay has been updated and we regret the error.