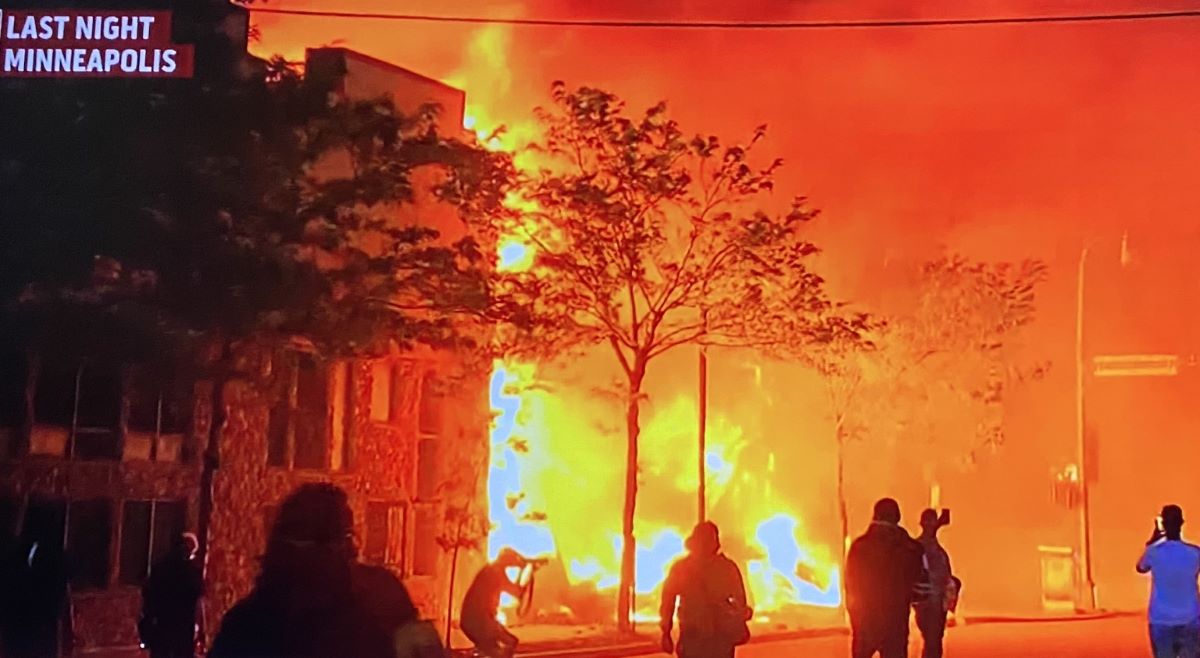 Some tragedies are entirely predictable. Sometimes leadership is complacent about real problems. Isaiah records such a situation in the story of Hezekiah, specifically in Chapter 39.

Remember, Hezekiah is one of the good guys, but sometimes good guys don’t have the right attitude or do the right thing. When told of the coming destruction of Judah at the hands of Babylon, his response was that this was good news, because it would not happen until after his time. In a way, his attitude was a precursor to that of Luis XVI who bankrupted the nation with his self-indulgence and shrugged it off by saying (roughly translated,) “After me comes the flood.”

Are you tempted to think that living far away from Minneapolis means you can relax and be thankful it doesn’t concern you? I hope not, because turning a blind eye to racism that is far removed from you is as callous as a king who doesn’t care about what happens after his reign.

For seven year, I lived in the Minneapolis. I consumed the local news, and I can tell you that although I am shocked at what happened to George Floyd, it did not come out of the clear blue. Overly aggressive policing has been endemic there, and this aggression has been overwhelmingly directed toward a minority of the city’s people. Roughly 18 percent of the area population is black, but roughly 75 percent, of traffic stops for equipment violations that led to vehicle searches were conducted on cars occupied by black citizens (“Traffic Stops as Criminal Investigations,” Mary F. Moriarity, MinnPost, 06/06/2019).

That’s not happenstance. It’s evidence of racism. Those who participated in the murder of George Floyd, those who watched and did nothing, those who protected the jobs of those officers and many like them in previous incidents, and those who promise reform to win votes but do nothing in office to change anything, should be held accountable.

But don’t count on it. As Christians, we should demand justice, while understanding that until Jesus returns it will be a frustrating pursuit. We can write articles, join in legitimate protests, and practice true godliness toward all people, but we continue to live where all forms of injustice, including racism, will go on. Only Jesus can make me a more just person, and only His return will bring universal justice.

If you are like me, it’s hard to know how to respond to all of this insanity. I am compelled to express the outrage I feel, but just talking about it seems futile, for reasons I just laid out. But if I let my rage boil over, then I can be guilty of other sins just as heinous as racism. What can anyone do?

We start by recognizing that vengeance belongs to the Lord (Romans 12:19), so violence does not advance our values. From there, we can pray that not only will the guilty be brought to justice, but that reforms will be initiated that bring actual improvements. Finally, we can join peaceful protests, help clean up damage, and support those whose lives have been disrupted or destroyed by the rioting. If you check the websites of various conferences you will find opportunities for positive expression and practical help.

I’m glad that my church is speaking out, and that it provides opportunities to act in concrete ways to support victimized neighborhoods. I hope you can participate in a meaningful way. And like you, I pray for healing.

Jesus said: “Blessed are those who hunger and thirst for righteousness…” (Matthew 5:6, NIV). I believe that applies tous who are crying out for justice and change. But in that same passage, He also said “Blessed are the peacemakers…” (v. 9). So, it is possible to long for justice, speak out and take action, while still being an agent of peace. But it can only happen if Jesus is in your heart.

Hezekiah may have been one of the good guys of the Bible, but he was wrong to shrug off the coming destruction of Jerusalem as something that was not his problem. If I sit back in my relatively safe, small community and decide that racism in the Minneapolis Police Department and riots in Denver are not my problem, I am no different than Hezekiah. So, I say to all of us in relatively safety, “Don’t just sit there; be a force for positive change.”

This article was written by Doug Inglish and originally published by RMC NewsNuggets, and is reprinted here with permission. Photo from the RMC website.