WANTED: A Relevant and Responsive Church

WANTED: A Relevant and Responsive Church 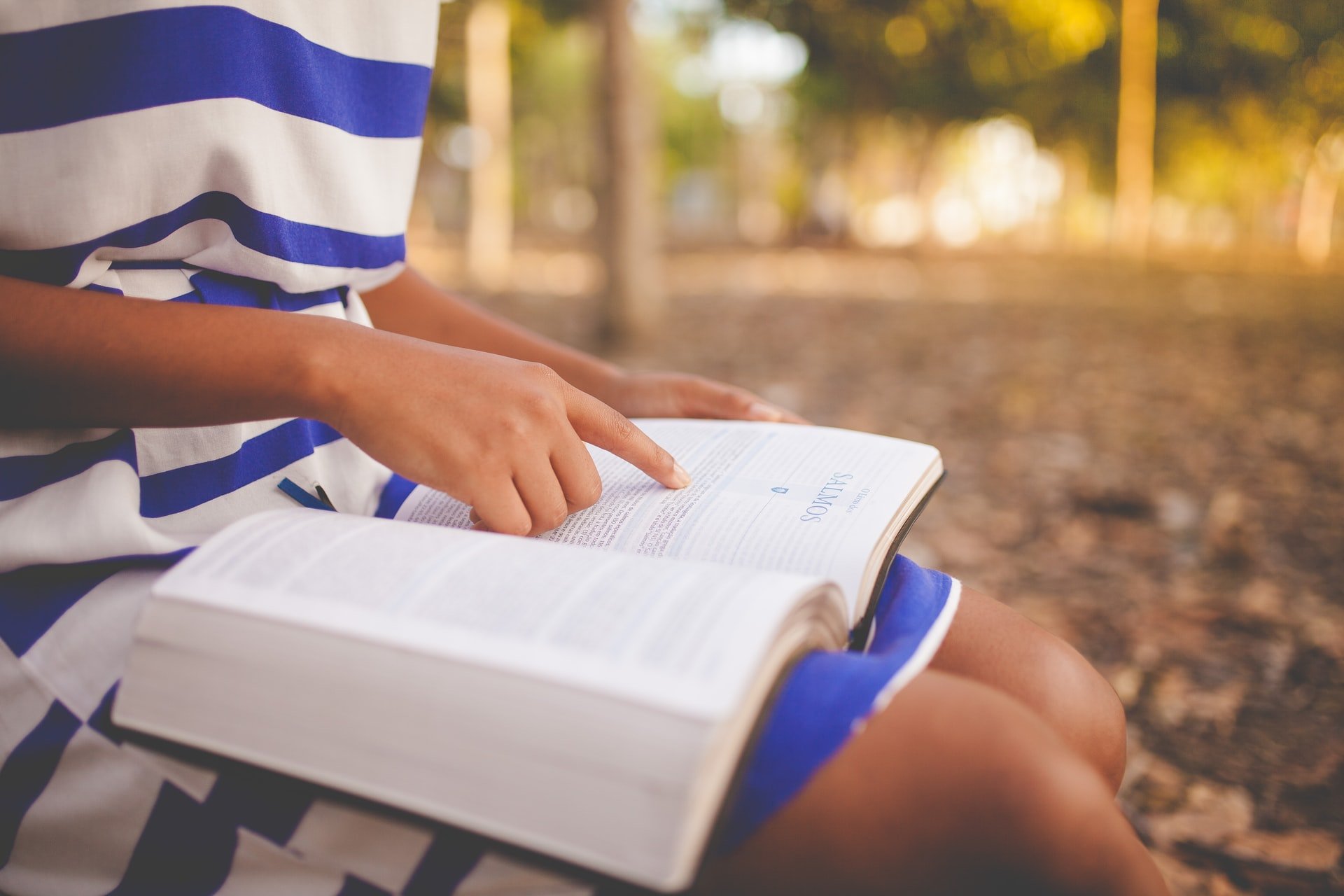 Globally, the Seventh-day Adventist Church is enjoying phenomenal growth with membership now in excess of 22 million. While acknowledging that numbers are not an indicator of spirituality, the numerical growth of Adventism should be celebrated. David Trim, director of the General Conference Office of Archives, Statistics, and Research, in his report[i] to the 2020 General Conference Annual Council revealed that since 1965, out of the 40,421,554 people who become members of the Seventh-day Adventist Church, 16,240,069, or 40%, left the church during the same period. He further added that, “we are not having the evangelistic success that might be expected… We have more members than ever, but they are not winning noticeably more souls for Christ as our success in soul-winning seems to be plateauing,” meaning that even though membership is growing, the church is experiencing a leveling off of growth rates. The continued hemorrhage of two out of every five members has less to do with doctrinal disagreements than with social and relational factors[ii] which means reasons for leaving the local church fellowship lie in the realm of relationships, the absence of a sense of belonging, and the lack of meaningful engagement in the local congregation.

As this attrition is taking place, calls for more focus on retention and nurture, discipling and discipleship, are commendable. On the other hand, mission continues using the same methods based on our traditional model borrowed from the 19th century. This is characterized by bring people to some public venue where we churn out doctrinal messages, prove the correctness of what we believe in while revealing the error in others. The role for us as members is to entice and “lovingly” coerce people to come to our venues where we have a preacher ready to pounce on them with our beliefs. However, the landscape is changing, faced by secularism and post modernism in the Global North, and religious congestion, Pentecostalism, and syncretism in the Global South. Our approach to mission needs rethinking. It is at the local church where change has to take place. As long as we ignore the need to “disinfect” or “detox” the local church environment of repulsive practices we may as well brace ourselves for high attrition rates in the near future.

Typical of Adventism is an inherent fear of the new. We are captives of tradition as many of us look at the past with nostalgia, filled with a longing for a return to where things were. For these individuals, the present represents apostasy on a grand scale as they associate the past with commitment and faithfulness. As that which is different is viewed with suspicion, efforts are exerted in trying to recreate the past. This is often through reminiscing about the 1950s version of Adventism, characterized by a love of the King James Version, addictive 18th century hymns, Anglocentric dress styles with suffocating formality, and overwhelming ritual typical of a bygone era. Added to this is the program-centric model characterized by a rigidity which we all loathe but cannot do without. This glamorization of the so called “old time religion” misconstrued as faithfulness blinds us to opportunities for relevant ministry. By being allergic to new ways and things, we make compliance to tradition an end in itself.

Sadly, the implication is that the church becomes more institutional than communal, more industrial than intimate, where focus is on regulating rather than facilitating. In a church where nothing grows organically but is program-driven, worship or praise turns into a mere performance creating a toxic attachment with preachers and other pulpit celebrities. When a church finds itself head-over-heels in love with a past era, doing everything to replay it, rigidly clinging to tradition at the expense of practicality, then idolatry is loading. We are no better than the children of Israel who about 700 years later ended up worshiping the bronze serpent Moses had made for them to look at to live. But a new generation is emerging, and our relevance will lie in rekindling the essence of worship and community. This entails making church a place where members are producers rather than perennial consumers of rigid programs, where worship is organic, creativity is celebrated, and focus is genuinely on people.

Membership in the Seventh-day Adventist Church includes adherence to a lot of prescribed and proscribed behaviors usually defined in the Fundamental Beliefs, Baptismal Vows, Church Manual, and also Adventist tradition (be it local, regional, or global). The assumption is that all these are rooted in the Bible and the writings of Ellen G. White, which is contestable of course. In many places, what is regarded as true Adventism often betrays some sort of perfectionism that breeds superficial compliance and pretense since all of us often fail to meet the same standard. The emphasis on certain behaviors means that it is difficult for someone to openly confess their struggles or admit spiritual failure in our local churches. We all try to portray an “I am okay” attitude. Hidden behind our polished Sabbath look, dignified demeanor, and empty Sabbath smiles are struggles with bad habits, jealousy, pride, drug abuse, lust, etc. Because struggle is not seen as a sign of life, we regard those openly struggling with sin as candidates for church discipline rather than encouragement or affirmation.

As long as we entertain such attitudes, the local church environment becomes brutal and judgmental to those whose sins have been exposed. The stolid response to each other’s struggles not only breeds hypocrisy but works against creating an authentic church community. Practically, this means you are alone in your struggles. As someone said to me, “your survival in the Adventist Church hinges on your ability to sin without scrutiny.” Since members cannot be vulnerable, conversations become superficial and meaningful connection is stifled. Many become scared of asking uncomfortable questions or confessing their struggles with the so-called obvious and settled issues in Adventism. As long as members cannot be vulnerable or freely ask questions that appear basic but are consequential, they may disembark faster than they came in or join the bandwagon of sophisticated Adventist pretenders and actors.

Compliant but Not Converted

Another equally important concern relates to how messages on some pulpits frequently emphasize our personal role in modifying behavior and not the efficacy of Christ’s sacrifice. The sermons tend to focus on moralism and legalism with very little or no attention on the primary role of the Holy Spirit in transforming lives. Instead of clearly articulating God’s work in our lives, struggling Christians are simply told to try harder. Sadly, the Christian experience is portrayed as a set of behaviors meant to avoid hell and go to heaven rather than a genuine encounter with Jesus. We tend to follow Jesus not because of who He is but driven by a fear of what will happen if we do not choose Him. Devoid of love, sermons terrorize listeners into repentance through appealing to the shortness and uncertainty of time. Because we are used to toxicity in the pulpits, a powerful sermon is characterized by explicit depictions of sin and portrayals of God’s wrath, while anything less than this is a cheapening of grace.

In all this, we have adopted a “convince, conform, co-opt” approach to mission where attention is on convincing them, winning the argument, exposing error, and proving the correctness of our position. Mission is reduced to an intellectual conquest where after convincing them that ours is the real deal, we make them conform to certain prescribed behaviors (most of which are non-salvific). By conflating conversion to Christ and church membership, we have departed from Christ’s way of working where He focused firstly on co-opting through love, then convincing/believing, and lastly conforming to expected behaviors (see John 4 and the Samaritan Woman, Luke 19 and Zacchaeus, and John 9 and the blind man).

While the West is contending with secularism, biblical illiteracy, and post modernism, the brand of Adventism prevalent in many parts of the world under the guise of old-time religion is also losing its efficacy in mission. In whatever context, Adventist mission faces unique challenges. For example, Africa where we have celebrated growth, is a congested religious space with Catholics,[iii][iv] Methodists,[v] and Pentecostals[vi] also among the many groups recording substantial growth. This means Adventism is not alone, as high fertility rates that translate into population growth have been cited as a major driver of Christian growth in Africa where Christians are younger and have more children.

Secondly, for an African, religion is a potent force permeating every aspect of life and is often practiced in a community instead of being an individual or personal affair.[vii] Thus, life for an African cannot be compartmentalized where religion is divorced from daily life. Religion has great meaning for the African, such that whenever there is a crisis or calamity or any problem, the first response is not to do a physical analysis of the situation, but a spiritual diagnosis of the spirit powers that have been offended. Conversely, success in any endeavor is not attributed to a person’s acumen but the special favor of the ancestors or spirit powers[viii] or some higher Being. Africans are notoriously religious, which means Adventism finds religiously inclined communities whose beliefs provide a ready-made template to build on. But the challenge lies in the “quality” of Adventism on a continent were poverty remains prevalent, syncretism is still rife, Pentecostalism is more appealing, and fundamentalist undertones are still pervasive.

COVID-19 not only means more attrition, but that our traditional evangelistic series model is now difficult to implement. Online services have done their part, but their limitation is community and belonging, which many long for. As we invest resources in mission, new approaches are needed to attract and retain new members who are growing up in this world. How accessible, available, and approachable your local church is will determine success or failure in mission. Powerful preachers, polished musicians, colorful posters, and rehearsed arguments in the COVID-19 era won’t be enough. As Ellen White sums up succinctly,

“There must be no fixed rules; our work is a progressive work, and there must be room left for methods to be improved upon.” —Evangelism p.105

Photo by Naassom Azevedo on Unsplash