Sex: A Union of Church and State

Sex: A Union of Church and State 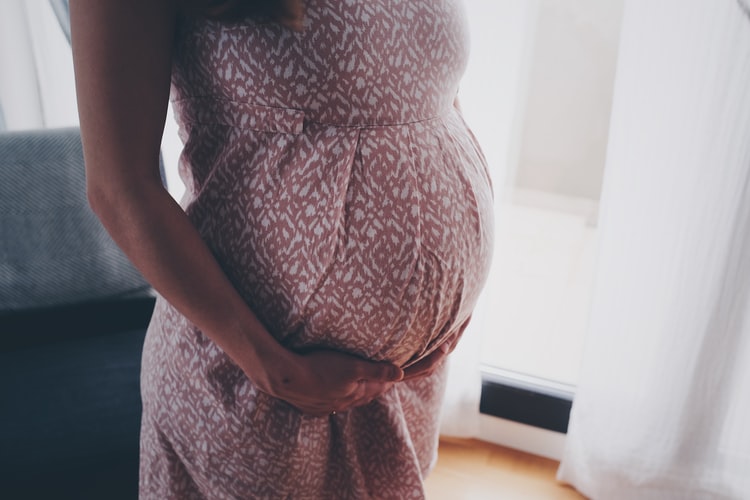 In 2018, Irish expatriates living all across the globe flew back to their homeland to vote on a measure defining the legal parameters of abortion.  As a result, abortion was legalized in a landslide.

Right now, the United States is in the throes of the 2020 election for President. One of the biggest issues for many undecided voters is the subject of abortion. The party represented by the current president has billed itself as pro-life[1]. And as such, they are insistent on appointing a Justice to the nation’s Supreme Court. The hope is that the vacancy recently created by the death of Justice Ruth Bader Ginsburg – one of the most progressive members of the Court – could be filled by someone who would vote alongside other conservative Justices to overturn a historic case, Roe v. Wade, which legalized abortion in the United States. For many “single issue voters”, abolishing abortion is their tantamount objective. Every other aspect of law and policy pales in comparison. And because of that, many are willing to overlook the other things that they find detestable and egregious about the party represented by the current president. It is true that they may despise his immature demeanor, unintelligent rhetoric, blatant racism, overt classism, narcissistic behavior, ableism, sexism, unabashed nepotism, and overall hypocrisy. But because he would appoint someone to the Supreme Court who will hopefully align with their conservative bent on this issue, this tradeoff is worth it to some self-described Christians. The logic is curious: ostensibly these concessions are for the purpose of making the Nation’s laws more “Christian”, yet every other principle of Christ is expendable. But that’s ok. These voters are willing to do absolutely anything to reduce abortion. Well...almost anything.

The common refrain of those who style themselves as pro-life is that abortion is used as birth control. Irresponsible sexual behavior is directly responsible for unwanted pregnancies, which in turn lead these women to abort their babies. So, they contend, to ensure that women don’t abort babies, the most important thing is to ban abortions. I won’t spend time here attempting to point out some of the flaws in the idea that abortions only happen when women are sexually irresponsible. We will set aside pregnancy due to rape, or unviable pregnancies, or pregnancies that endanger the lives of mothers, or the reality of the babies whose mothers want them but make the heart wrenching decision to terminate the pregnancy to spare it from a delivery followed by a brief and agonizing life. We’ll only focus on the “irresponsible women”. And for the sake of argument, we’ll take at face value that this is the sole cause of 100% of abortions. If this is true, and conservative people are willing to make any concession to stop abortions – including convoluted political wrangling – why be reluctant to do the one thing that actually has been shown to reduce abortions? And it isn’t banning abortions. It’s education and access to healthcare.

When abortions are illegal, they don’t go away. Women still have them. They are just conducted in unregulated and unsafe conditions. This was the United States before Roe v. Wade and this is the state of affairs in many nations that restrict access to abortion today. Now one may not care about the women themselves; it’s been made abundantly clear that, for some people, the woman’s health, wants, and desires are indeed the least important factor in this equation. However, if the goal is reducing abortions, then it would make sense to focus on what does reduce them instead of what doesn’t. And legal barriers don’t.

Education and access to healthcare does. But for some reason, this is the one thing many extreme conservatives are absolutely unwilling to do. It is somehow more expedient to tear the country apart politically than to teach about birth control and sexual health. Only 29 out of 50 states in the United States mandate sexual education in schools. Only 22 states require that education to be medically, factually or technically accurate. Unsurprisingly, adhering to the abstinence only modality of education is linked to higher incidences of unplanned pregnancies. The refusal to provide accurate information about sexual health is widespread. People have resorted to relying on social media such as TikTok to learn basic anatomy and physiology of the female reproductive system such as the fact that douching is not good, that the discoloration of undergarments is not a marker of bad hygiene or illness but rather of normal health, and that women have separate orifices for menstruation and urination. This is why political commentators and those charged to make the laws surrounding women’s reproductive rights (who are mostly men) have misconceptions about women’s health, including believing that women can’t get pregnant due to rape and that birth control is not essential healthcare but is only used by promiscuous women.

This is why it’s absolutely necessary for females and males to be properly educated about women’s health. The reluctance to do so is particularly pronounced in Christian schools and churches. I’ve already written about the dearth of education about women’s sexuality in a previous article. Not only have many Christians been reluctant to discuss female sexual behavior but we’ve often perpetuated false stereotypes leading to shame and confusion. Our understanding about sexual behaviors has been almost exclusively taught and preached about from a male lens leading to outright misconceptions that women don’t enjoy sex or that female sexuality only exists for male happiness. Books and sermons that have been popular within Christian circles have reinforced this “Madonna and the whore” dichotomy for centuries. But even more detrimental than misunderstandings about basic female sexual desire is the miseducation about basic female anatomy and contraception. Misinformation leads to dangerous perspectives about the body, and can result in unintended pregnancies.

But won’t teaching young people about sex lead to premarital sex? Again, like with abortion, it still happens, whether it’s acknowledged or not. Even among Christians. Refusing to teach about sex doesn’t hinder people from having sex, it only hinders educated decisions about sex. If Christians are committed to reducing abortions, and if it is truly believed that abortions are the direct result of irresponsible sexual activity, then why not try to teach responsible sexual practices? If pro-life Christians believe that the one principle that supersedes all others is eliminating abortions, then aren’t Christians shirking our duties if we refuse to provide comprehensive sex education knowing that it reduces unintended pregnancies in the first place?

Our Christian elementary schools and academies should be doing more than showing students videos about STI’s and teaching them that they can be contracted if you aren’t abstinent. We should be teaching about various forms of birth control available for both women and men. We should be teaching about what are normal biological processes. Shame and stigma about the human body should be present least of all among those who believe the body is fearfully and wonderfully crafted by our Creator. And particularly for a Church that espouses a holistic health message, we should be at the forefront of providing accurate and complete information on sexual health. Health is more than just eating more fruits and vegetables. If we are serious about incorporating the health message in our evangelistic efforts, our “health nuggets” and health fairs ought to expand beyond NEWSTART.  Being good stewards of our bodies means taking care of our whole bodies – not merely the parts not covered by a bathing suit. We owe it to the people within our congregations and communities to overcome our irrational squeamishness about sexual health and to preach and teach truthful and holistic information. It’s significantly easier than engaging governments into political tugs-of-war every few years. Providing effective sex education should really be one thing in which church and state actually are united on.

[1] Pro-life should encompass more than being pro-birth.