Samuel or God? Who Bears Responsibility for the Amalekite Genocide? 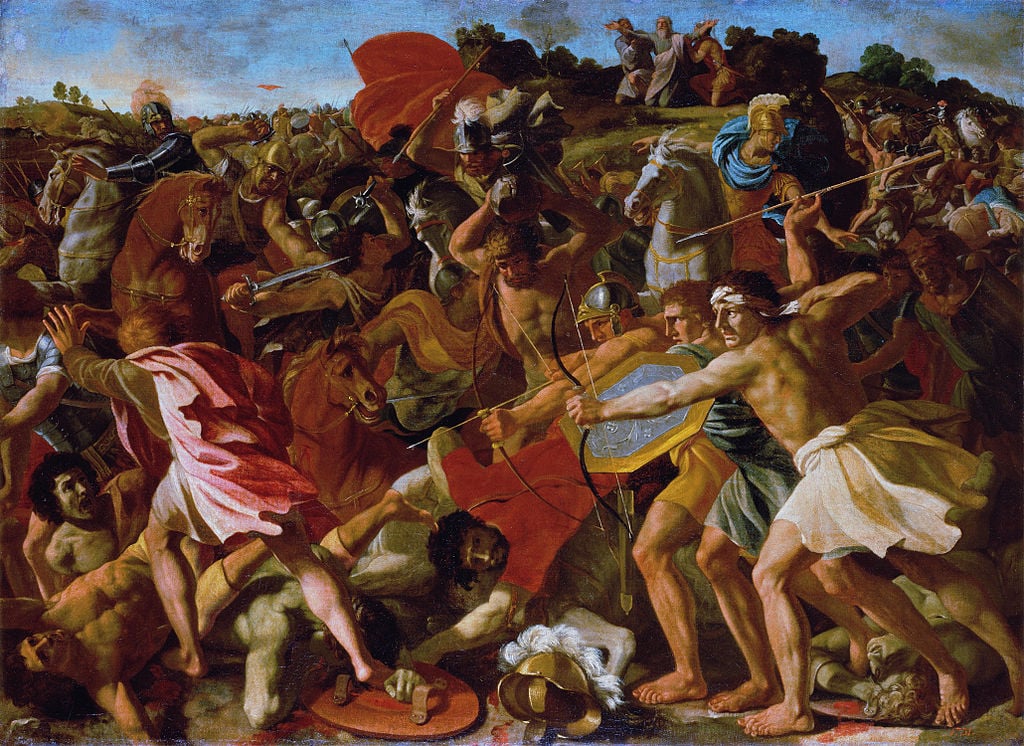 It is common practice in building biblical doctrine to emphasize scriptural passages that buttress our positions, and minimize or ignore those that contradict them. This maneuvering is so well established, and the practice so pervasive, that merely pointing it out is frowned on in some religious circles.

It works like this. We stake out a position on vegetarianism, for example. This is God’s ideal diet for humans, we assert with uncompromising certitude, confident that we could “prove” this by proof-texting from Genesis through Revelation. Of course, Jesus’ last recorded meals before his crucifixion and soon after the resurrection included meat and fish. But this is treated as a minor concern, with some going so far as to argue that, on vegetarianism, Jesus was limited by the knowledge available to him. This practice cuts across the ideological spectrum. Progressives cheer Paul’s “in Christ there’s no male or female” dictum as a transcendent ethic closer to God’s ideal, while ignoring or sidestepping the same Pauline admonition that women should keep quiet in church.

The point is, we frequently cherry-pick from statements or inferences within the larger biblical corpus. Then we add them to other isolated statements to build like-minded sanitized narratives which become core doctrine. The convenience of this method – and the murkiness of alternative approaches – may explain the reluctance, even resistance, of religious apologists, Adventist theologians included, to amplify contextual applications in Bible studies. Instead, they often settle for easier options. It is simpler, for example, to consign Isaiah 53 in its entirety to foreshadowing Jesus and Calvary than to ask what that passage and the writer’s reference to “the man of sorrows” might have meant to his immediate audience.

So why do we cherry-pick from scripture to formulate doctrine? Because we have voluntarily assumed the burden of believing that our scriptures are closed documents – closed in the sense that no scriptural additions or subtractions are allowed. Nor could perceived ideas or “truths” be changed or countermanded. Since we believe that every statement in scripture was in some way superintended (“inspired”) by God, the onus is placed on us as believers to defend even clearly objectionable elements in the Bible by cherry-picking from the larger canon or explaining difficult portions away.

When our male leaders – conceivably pursuing their vested interests – insist that women cannot serve in certain ministry roles in the church, they point to familiar passages in scripture that seem to support their view. But after the Theology of Ordination Study Committees process concluded that the church has no ordination theology that justifies sidelining women in ministerial leadership, our leaders changed tactics. The new claim is a reiteration of the old mantra: “Our hands are tied.” Meaning, even if they recognized that the times call for change, they can’t follow through because the Bible is a “closed book”. As they see it, since God essentially “wrote” the Bible, humans have no agency in amending/changing its contents to deal with contemporary concerns.

But did God “ghost-write” the Bible? It is difficult to disprove what essentially amounts to an unverifiable faith claim, so I will not argue the nature or extent of how God might or might not have interacted with Bible writers in the composition of their individual works. But what we learn about the true character of God as revealed by Jesus – “If you have seen me, you have seen the father” – brings into question the legitimacy of many unethical laws and directives. And that’s especially true in the Old Testament, where many problematic instructions have been attributed to God.

The interplay between God and the Prophet Samuel concerning the Amalekite genocide (1 Samuel 15:3) is illustrative of this problem. It is a chilling story summarized in a single verse: “Now go and smite Amalek, and utterly destroy all that they have, and spare them not; but slay both man and woman, infant and suckling, ox and sheep, camel and ass.” (1 Samuel 15:3 KJV)  We get the story from one man, Samuel. No eye or ear witnesses collaborated the prophet’s account. And he tells us that the Lord Almighty informed him that King Saul should match his army to the Amalekites and “kill anything that breathes”.

And as told by Samuel’s writer, no one within earshot even mildly objected to, or questioned this instruction. Ostensibly because all the people somehow believed Samuel. He was, after all, a prophet – God’s spokesperson. But our own muted reactions to this story often demonstrate lack of skepticism as to its implications. Our vaunted “enlightened” sensibilities notwithstanding, and in spite of our cumulative knowledge of the true attributes of God which contradicts the ethic of this story, many contemporary Christians find ways to justify such horrific incidents, because they are in the Bible and are attributed to God himself.

I think we defend some of these positions out of misguided loyalty to God. And only for his past actions recorded in the canon. Like Job’s friends, we seek to defend God not against accusations of bad faith, but on the grounds that mortals have no standing to question God. So no matter how incredulous the directive or inappropriate the command, if the order is perceived to come from God, the claim by some Christians is to always defend God first, and maybe later consider the objections.

But I don’t think these knee-jerk defenses are thought through or even sincere because we object when asked to extend the same defenses to contemporary real life situations. By that I mean if another “prophet” closer to our era, E.G. White, for instance, appeared in church one Sabbath and told us that God – the same one who supposedly spoke to Samuel – had told her we should go to a neighboring county, which was full of non-believers, and wipe them out of existence, we would likely direct her toward psychiatric help. But even if we didn’t, I would hope that the state would get wind of this plot and intervene. And that’s because we take it for granted that a good God would not make such demands.

So what’s the difference between Samuel’s contemporaries and us? Jesus!

We have been exposed to Jesus and consequently should now have a better understanding of God. Jesus did not only tell us who God is, he embodied and exemplified him. Based on our exposure to Jesus’ God, we expect him to vastly exceed our ethical norms and constructs. But in the Amalekite story God can’t even measure up to our human ethics. Instead he presumably gives orders that, if human rulers did that, it would make them accountable to The Hague for crimes against humanity. Therefore we have to question the source of the directive. This should be undisputed: a good God would never advocate genocide, especially when infants and children are victims.

Because the God Jesus introduces us to in the New Testament would never do this, we have a duty to seek clarification about Samuel’s source. Which then brings us to the question we often avoid in trying to make sense of this genocide: Who gave Samuel the order to execute the infants? How much of this order to exterminate this vulnerable community was a directive from God, and how much Samuel’s personal ethnic projection.

When we hear voices purportedly from God telling us to hurt innocent children and animals, shouldn’t the ones hearing the voices, and indeed the community at large, bear some responsibility in ascertaining whether the voices they hear are from God or not? And shouldn’t we, without equivocation or false deference, repudiate such nauseating horror? Well, that is why we who have inherited these stories should continually vet them, using our God-given moral faculties to ensure we don’t endorse immorality. Otherwise our protestations, when mortals commit such evil, ring hollow.