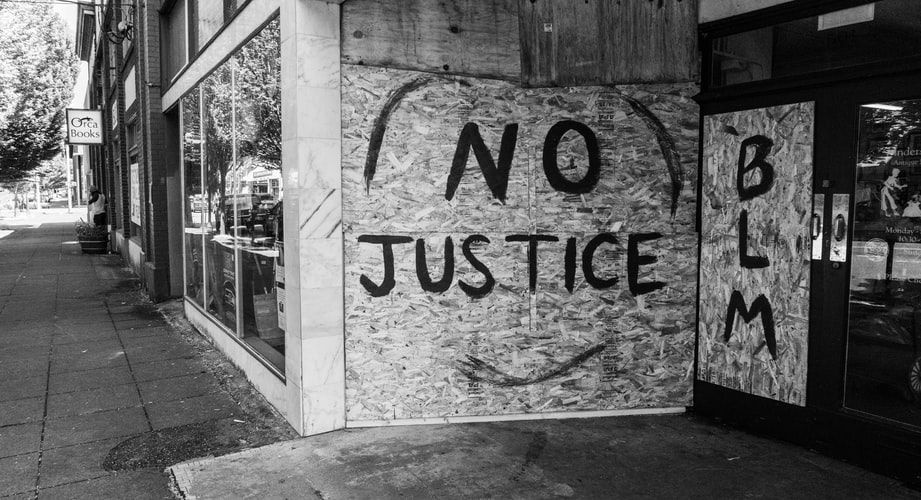 The day Minneapolis police officers murdered George Floyd was the day I began to grieve. That process continues to this day. I grieve for him in much the same way I grieved for the many other Black people who have died extrajudicially. Like so many other Black people, in this country and around the world, I feel these deaths personally. At the same time, I also felt a sense of dread. A deep foreboding that the tired cycle would continue. An unarmed Black person would die extrajudicially. Black people would rise up and write and cry and scream and protest and demand justice. Their cries would largely go unheard, drowned out by victim-blaming, whataboutism, and apathy. Rinse repeat. I long ago gave up the notion that any particular extrajudicial murder of an unarmed, non-threatening Black person would be the one that would awaken broader mainstream society to the toxic past and present relationship between police and Black people in this country.[1] I distinctly recall that I was sure that Philando Castile would be the one – but I was wrong. That was probably the last time I got my hopes up.

To my surprise I was wrong again. People cared about the murder of George Floyd in a way that shocked me.[2] Even people who normally supported the cause of ending these killings found themselves moved to deeper levels of introspection. I know because many of them contacted me in the days following Floyd’s murder to check on me and to process their thoughts. In the protests that followed, the nation watched as a more diverse crowd arrived to demand justice. We saw protests take place not only in major cities, but in smaller towns where something like Floyd’s murder would never occur. The approval rating for the protest organization Black Lives Matter skyrocketed, gaining more favor in two weeks than it had in the two years prior. It is fascinating to think about why.

Place me now firmly in the camp of those who think that George Floyd’s murder is different, for two reasons. First, the way George Floyd died was different. Many of these cases involve guns or an arrestee who appears to be struggling. For those looking for a way to excuse inexcusable police behavior, it is easier to delude yourself into thinking that Philando Castile was reaching for a gun, or that Tamir Rice really did have a toy gun that looked real, or that the book Keith Scott was holding was actually a gun.[3] It is much more difficult to convince yourself that the officers had a good reason to choke a man to death, while being filmed, while that man is pleading for his life. The sheer horror of watching a man die, not in an instant but over the course of almost nine minutes, makes it difficult to ascribe any other rationale to those officers other than the fact that they did not care about this man’s life. Second, the societal circumstances led to more of us having the mental bandwidth to care about George Floyd. I believe it would’ve been more difficult for this particular murder to gain traction if not for the COVID-19 pandemic. With so many of us not working, not going to school, and trapped in our homes, there was no escaping our internal wrestling with what we saw. The disruption to our normal routines created space for us as a society to focus on the injustice of what happened to this man. In combination these two things caused us as a society to care about the plight of Black people in ways we never have before.

Unfortunately, at a time when the entire world was surprising me, I could count on my church as an institution to fulfill all my low expectations. Other than the most perfunctory and milquetoast of statements, the church as a body has had little to say about this state of affairs.[4] It is as fascinating to me to think about why that is the case as it is to think about why George Floyd mattered when others did not. Here is the best that I can surmise – Adventism on a whole in America has no ability to speak prophetically to the issue of race in our society because we have not adequately addressed our own racist past (and present). It is hard to speak forcefully on the issue of race in our society when all we have to show for our own racial healing is a few nicely worded mea culpas that you can find only if you are willing to search. It is difficult to act on principles of racial equality when our past is littered with racial panels and forums from which no meaningful action has sprung. It is hard to bring the moral weight of our theology to bear on a world far ahead of us on the issue of race, as we exist in race-based conferences, with no hope for anything different because we have not shown any evidence of being able to handle anything better than this broken, antiquated, segregated system.[5] Slavery (and the racism that justified it) is often talked about as America’s original sin. It seems that it is our churches as well, and we stand as ill-equipped to deal with it as the rest of the world. Even with the Lord on our side.

[1] To be fair, it is wrong of me to wish for the perfect victim. Every time a non-threatening, unarmed Black person is extrajudicially killed it is a wrong that demands justice. It shouldn’t matter if you’re a career criminal or a person with no criminal record at all. Except we know that unfortunately this does matter to those who would refuse to see the humanity in those who have died under such circumstances.

[2] Yes, when I say people, I am largely referring to White people in America.

[3] Or that Michael Brown, having just successfully fled from an armed officer, would turn around and attempt to run at said armed police officer.

[4] Of course this does not account for churches and groups of Adventists on the ground, who have been very involved.

[5] To be clear, I have in the past argued for and worked for trying to create an integrated conference structure. I remain unsettled about the issue today because I have no belief that Black people would be treated fairly in any integrated structure we would create.