“The Ministry” Is Dangerous 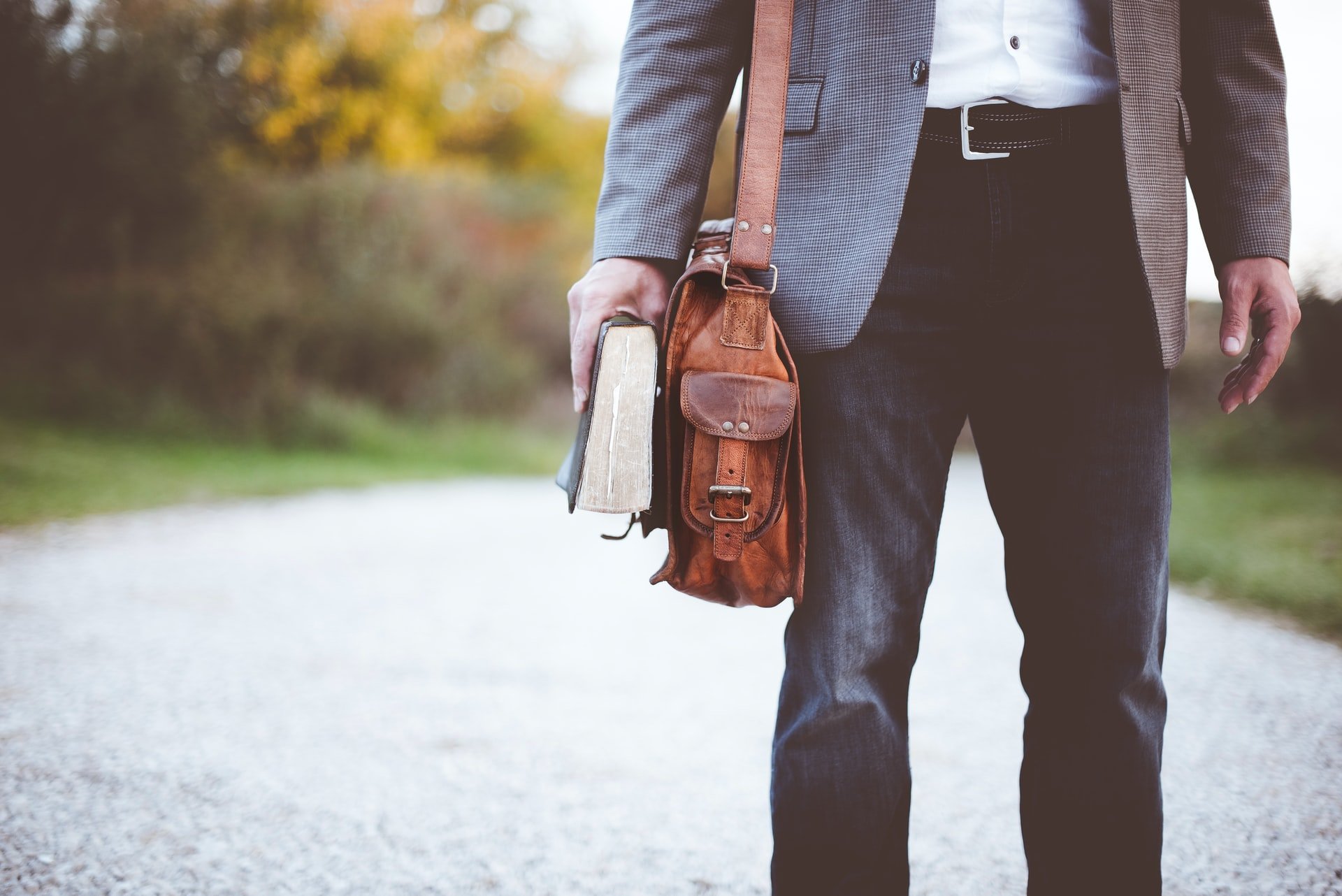 I’m a millennial, so my phone didn’t make a sound when I got the text. I swiped up to read a friend’s note: “I'm at the point where I think not being a pastor would be better than being a pastor.” A few days later, a former pastor told me he had to protect himself: “I deactivated my Facebook account. Couldn’t handle the hate.” I retreated to my mental map: how many people had I gone to seminary with who had dropped out of pastoral ministry within ten years? A dozen? Two dozen? Too many.

We reserve the decorum of the definite article for the things we respect most, such as “The Church” and, in this case, “The Ministry.” Of course, there are many types of ministry, but the definite article institutionalizes a very specific type of ministry: pastoral ministry. The Ministry (this pastoral institution) has adopted something of a warrior culture. There are no “kills,” but many pastors can approximate how many people they’ve baptized. Despite being emasculated of late, ordination lingers as something of a rank, and so does seniority. Veterans of The Ministry have formed bonds that civilians will never understand, which is why pastors rarely open up about it with people outside The Ministry.

Culture, traditions, and values are passed down in The Ministry in informal ways. You learn to talk about your successes in a code of humility, so as not to out yourself as a narcissist, a not unfamiliar trait in The Ministry. You’ll hear veterans getting the new recruit up to speed: “Pastor David over there has a nine church district in Wyoming.” The recruit isn’t always sure what to make of this. Does this mean David is being punished? Or is David some kind of super pastor? Maybe it’s a hazing ritual. The recruit doesn’t know for sure. He (it’s almost always a “he”) only knows how he feels about David and his nine churches: scared, intrigued, impressed. He is beginning to understand.

Pastors love showing off their scars in the form of war stories. He will roll up his sleeve and urge his comrades to take a good look, introducing his scar with the formula: “I once had a member who…” Naturally, this encourages the next pastor to roll up his pant leg and show off his wound. A professor at Southern told every class about “World War III,” also known as his time in The Ministry. Scars are a way of separating those soldiers who have seen combat from those who haven’t. It doesn’t take long for the recruit to realize that he will never truly belong until he has scars. He will often try and fit in by sharing whatever disappointment he faced in his first six months of ministry. The old war horses will smile. That’s a scratch, kid, not a scar. But he’ll learn.

The North American Division is aware that more than half of their pastors (2,500) will be eligible for retirement over the next decade. It’s not a problem you can solve by hiring more pastors, because the educational pipeline of new pastors is drying up, with the largest graduating class of theology students sitting at 15.1 Last summer, I saw NAD President Dan Jackson at the Pathfinder Camporee encouraging anyone who would listen to consider a calling to The Ministry. They gave out shirts which read “Next Gen Pastor.” Oh, and there was ice cream.

More and more pastors are working past their prime. (Churches notice these things.) Those who remain are seeing their districts expand into bishoprics. Ask that pastor with nine churches in Wyoming and he’ll tell you about the time the pope mistook his district for an archdiocese and invited him to the Vatican. Actually, I should probably mention that members of The Ministry sometimes exaggerate for the purpose of making a sober point or two. It’s a coping mechanism.

If 1942 was the turning point for the war in Europe, German mechanics were probably the first to realize it. Those mechanics were the backbone of blitzkrieg, and though the panzers kept rumbling on toward Stalingrad, spare parts were in increasingly short supply. German High Command knew that their fussy Fuhrer was more impressed by the number of new tanks built than by spare parts shipped, leading to this gem in an American post-mortem study: “While pressing for an increase in the production of new tanks, they had neglected the urgent need for spare parts until it was too late and irreparable damage had been done.”2

Trading talk of parts for pastors, I wonder if the “irreparable damage” has already been done to The Ministry. The Church needs new pastors, but I worry that the memory of a smiling division president with ice cream might conceal the reality of life on the front lines for these “next gen pastors.” The survivability of The Ministry isn’t a matter of finding new recruits. It’s a matter of making The Ministry less dangerous.

It’s difficult to explain why The Ministry is so dangerous for pastors. I am sure that being saddled with crippling student debt, an anorexic wage (when compared with inflation), being deeply trained and tested in things your members don’t care about, and ever-expanding job expectations all have a hand in it. I could add that pastors usually struggle to form meaningful friendships, their young children struggle to take root, and their spouses have plenty of their own scars to show off. Wait, are we counting the number of times members joke that we only work one day a week, subconsciously pushing us to work harder because we secretly feel guilty that much of our salary is tithe gleaned from an anemic social security check? There are two cherries on top: The first is knowing that every movie you watch is a Bible study you didn’t give. The second is like unto it: being constantly reminded that you will be judged by a higher standard than anyone else in the world. Also, you’re running from God if you quit.

Really, it’s hard to explain to civilians why The Ministry is so dangerous. The best I can do is say that pastors don’t need the explanation. A month ago I uploaded my first vlog. It was a rambling, incoherent mess. Please don’t watch it. Those younger pastors who did watch it nevertheless understood what I was getting at when I described pastoral ministry as having to carry the corpse of Christendom into the twenty-first century. That’s what generated these messages from pastors who, like me, often feel they can do more good if they weren’t a pastor. She who has an ear, let her hear.

Returning to our mechanics metaphor, I worry that in our desire to field newer tanks for the front that High Command isn’t giving enough thought to fixing the old ones. Who are the soul mechanics who can work on pastors? Counseling helps, but it’s often a bit like putting a car mechanic on a battle-worn tank. I’ve been pastoring for ten years. A conference official spent the day with me as I laid out a few frustrations. “How many emotional concussions can you take,” I asked him, “before the people around you should start to worry?”

Does The Ministry give us PTSD? I no longer know how to sit in church and enjoy worship. I have a hard time reading the Bible for me. I read a story and think, “I should preach on that.” Before I know it, I’ve got my iPad out and half a page of notes. After all, Sabbath is coming. (“Sabbath is coming” carries the same ominous chill as “Winter is Coming” — a phrase from a show I, of course, have never seen.) I often find myself emotionally bracing when certain people bring up certain topics. Even today, thinking of a few church members I met early in my ministry causes me deeper pain than being raised without a mother. I’ve made peace with the fact that, no matter how many times I speak forgiveness over the memory, that pain will endure for the rest of my life. But that’s as much of a war story as you’re getting out of me, dear reader.

Perhaps you think I am calling for the dismantling of “The Ministry.” I am not, precisely because I don’t believe it can be dismantled or reformed or fixed. It has high walls and entrenched defenders. The banners that hang from the battlements are awe-inspiring and washed in glory. I bear no will toward it, ill or otherwise. I am simply standing at the foot of the thing, already doing the best that can be done: aiming my pink Krylon can at those walls and writing, “HELP.”

1. “In 2018, however, a survey of incoming freshman studying theology in Adventist schools across the division revealed that the largest class was made up of 15 students.” From “At Chosen Camporee, Inaugural “NextGen” Event Affirms Pathfinders Answering the Call to Ministry” by Mylon Medley.

Matthew J. Lucio is husband to a formidable wife, Laura, and together they parent two amazing girls: Aerith and Arwen. Matthew pastors in Peoria, Illinois, where he is director of their innovative digital church on YouTube, Peoria Adventists. Matthew also enjoys narrating Adventist history as the host of the Adventist History Podcast for the past 5 years.