A Looming Financial Crisis in Adventism 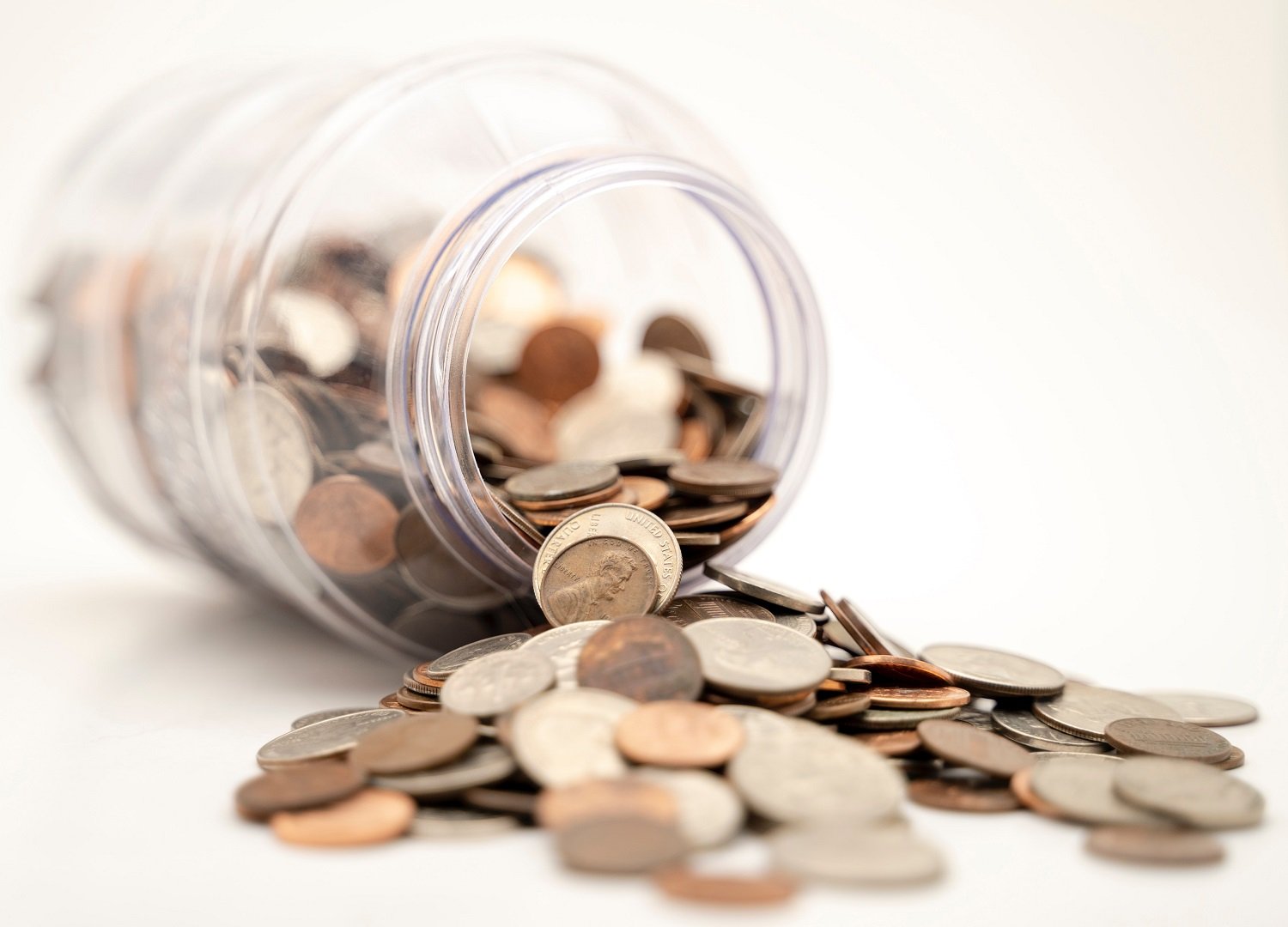 Most eyes at present are on the medical reality of the Coronavirus pandemic — quarantine, rising numbers of sick and dead, how to cope and minimize risk. Understandable and appropriate. But the economic impacts will be severe. And this reality recently triggered some ill-considered comments by public figures that we should open the economy even if it would mean more deaths in the short run. Trained economists have generally pushed back on that, making the case that premature relaxation of social distancing would worsen, not improve, the economic outlook. Still, any way you forecast, there is a near-inevitable world-wide recession coming, perhaps to the level of depression. Plausible estimates suggest unemployment in the United States could exceed 30%. As of April 2, U.S. unemployment claims skyrocketed to 6.6 million. Already many small businesses have passed the tipping point where they will not recover even if the virus magically disappeared immediately. And many, many people live paycheck-to-paycheck, as well as often earning from the gig economy, rather than a job with decent benefits.

I’m no prophet, nor am I attempting to be alarmist, when I note these things and look forward to seeing very rough times ahead for the world’s interconnected economies. But what about the Adventist church? Individuals and business are getting some government relief — albeit presently too meager to prevent widespread hardship. But religious denominations and institutions, of course, will in general receive no governmental assistance. Their only line of support is what it has always been: the members. And those members are, or very soon will be, facing unprecedented financial pressures just to keep themselves afloat. Obviously then, revenue to the church will decrease. It seems evident that this decrease will be precipitous — at every level of institutional Adventism.

Many members, I’ve discovered over the years, have little idea what happens to the money they donate. So let me, before continuing, try to clarify that a bit. First and foremost, members give tithe. Within Adventism, this is characterized as mandated by God, thus not actually a gift to the church. So called “free-will offerings” would be donations in excess of tithe. That’s why the little envelopes in the backs of the church pews use the verbiage “tithes and offerings.” Tithe is not retained by the local church. It is sent — 100% — to the local conference. At this point there is a complicated formula whereby a percentage is then sent to the Union Conference, which sends a percentage to the General Conference. Money, in turn, then flows back through the various entities, with percentages frequently varying by how needy the recipient organization is understood to be. In this way more affluent locations assist those less able to stand alone. In general, there is much about this that is commendable.

But the majority of tithe is retained by the local conference and most of that money goes to pay salaries of people in “the field” — pastors and teachers. So there are several important consequences here:

1. All local church expenses, except the pastor’s salary, must be funded by giving not designated as tithe: utilities, mortgage or rent, supplies, subsidies for the local church school, etc.

2. Without adequate tithe flow, salaries of pastors and teachers are at risk of layoffs.

Now, consider how the Adventist population breaks down (and my comments are U.S.-centric, and lack statistical validity, so consider them cautiously). The average Adventist, in general, is not wealthy. This is increasingly true as the demographic shape of the church changes, with growth largely coming from people outside what might be called the “economic first world,” and those inside tending to be more economically disadvantaged. Many people have no financial reserves. Layoffs, or even lessened demand for their services, will immediately push such people and their families into crisis. What happens to their giving when this occurs? A much smaller proportion of Adventists do have adequate reserves to ride out a recession/depression. This group tends to be whiter and older. And, I speculate, more theologically liberal, on average. Another phenomenon has been occurring within the church for years: tithe diversion. This is when a person still believes in the biblicality of tithing, but doesn’t want to send it through the denominationally-approved channel. Typically it’s because of dissatisfaction with the church — at some level above the local congregation. What I’ve perceived is that such dissatisfaction can be from intensely conservative members, who see the organization is somewhat apostate, and prefer to send their tithe to places like 3ABN. But more frequently, I think, it is the liberals who express their dissatisfaction via tithe diversion, and are quite likely to send their money to non-Adventist charities like The Red Cross or a local non-profit.

So where might this disparate group of Adventists direct their giving, when the world economy falls off a cliff? I can see several plausible scenarios. For those who might be considered SDA “loyalists,” it is likely that tithe would come first, as it is understood to be a God-given mandate. And that would put pressure on the local church. People whose finances are tipping into crisis might stop giving altogether, but if they do give it would be for a perceived obligation, rather than something understood to be optional and thus secondary. I think such people, these so-called traditionalists, are the most numerous Adventists but also the most economically vulnerable. And they make up the majority in most churches, as the typical Adventist church is quite small.

Those who attend larger and more eclectic churches would be, on average, both wealthier and more likely to put local giving ahead of designated tithe, if push comes to shove. And some in this category have been diverting their tithe for years. What is interesting to me here, is that the recent increased member dissatisfaction with the General Conference, over women’s ordination, can have the side-effect of decreased giving at the denomination level. Ironically, President Wilson’s heavy-handed campaign of compliance can hurt GC finances, especially as financial hard-times might otherwise motivate wealthy Adventists to dig deeper to help the church.

Distressingly for the institutional church, many conferences are already having cash-flow difficulties before Coronavirus hit. See, for example, this communication from the Oregon Conference. Or this from the Kansas-Nebraska Conference, as reported by Adventist Today. Typically, conferences budget for the upcoming year based on some percentage of the previous year’s revenue. This works okay in a steady-state world. But obviously that approach would never anticipate what we are now facing. And conferences, being distanced from front-line ministry, are less visible to members — notably those members who will still have some giving capacity. So, while a local church could, and likely will, make direct appeals to their members about their cash-flow crisis, the conference is in a much poorer position to successfully do this. Yet, they are the ones who pay personnel. So, when you make financial commitments based on expected revenues, and that expectation turns out to be dramatically wrong, there is little choice for conferences (if the shortfall is severe), except to lay off people. And that impacts the local churches, obviously.

As I said at the top, I’m not trying to be alarmist in writing this piece. In the midst of our health-centric focus, I think the economic crisis will be less recognized, until it hits with full-force. So, for Adventists — even somewhat disaffected ones — who care about the stability of their church, I hope you can take a few moments to think about what the coming recession/depression could do to Adventism. It’s tempting to just try and look out for ourselves, and then our extended family. But that extended family, for many, includes the local church. What I hope to convey, beyond the reality that difficult financial times are on the horizon, is that we cannot limit our concerns and support just to those we know and interact with. Within Adventism, that means our support has to extend throughout the organization.

[ ADDEDUM: When I wrote my piece three days ago I was unaware of a feature of the recently passed U.S. CARES Act, which has, as a primary component, what's called the Paycheck Protection Program. And, of primary importance in context of the concerns I've raised in my essay, it is applicable to churches and non-profits. It provides for low-interest loans that would allow a church or administrative organization – like a local conference – to get funding to forestall layoffs. And, if the requirements are met, that loan would be forgiven. This is significant and could help mitigate what I foresee as a severe, rolling wave of layoffs.

Now, I also recognize Adventism's aversion to accepting government money. However, I typically see this aversion expressed in an overly-simplistic, one-size-fits-all manner. I would hope church leaders could evaluate this funding option without such a knee-jerk reaction to anything governmental. This provision is not an ongoing co-mingling of church and state. It might provide some measure of buffer to help churches navigate what otherwise will be a more precipitous economic calamity.

For more detail on this program see the link here. ]

Rich Hannon, a retired software engineer, is Columns Editor for SpectrumMagazine.org. He has served as a member of both his local conference committee as well as his regional union committee.

Photo by Michael Longmire on Unsplash