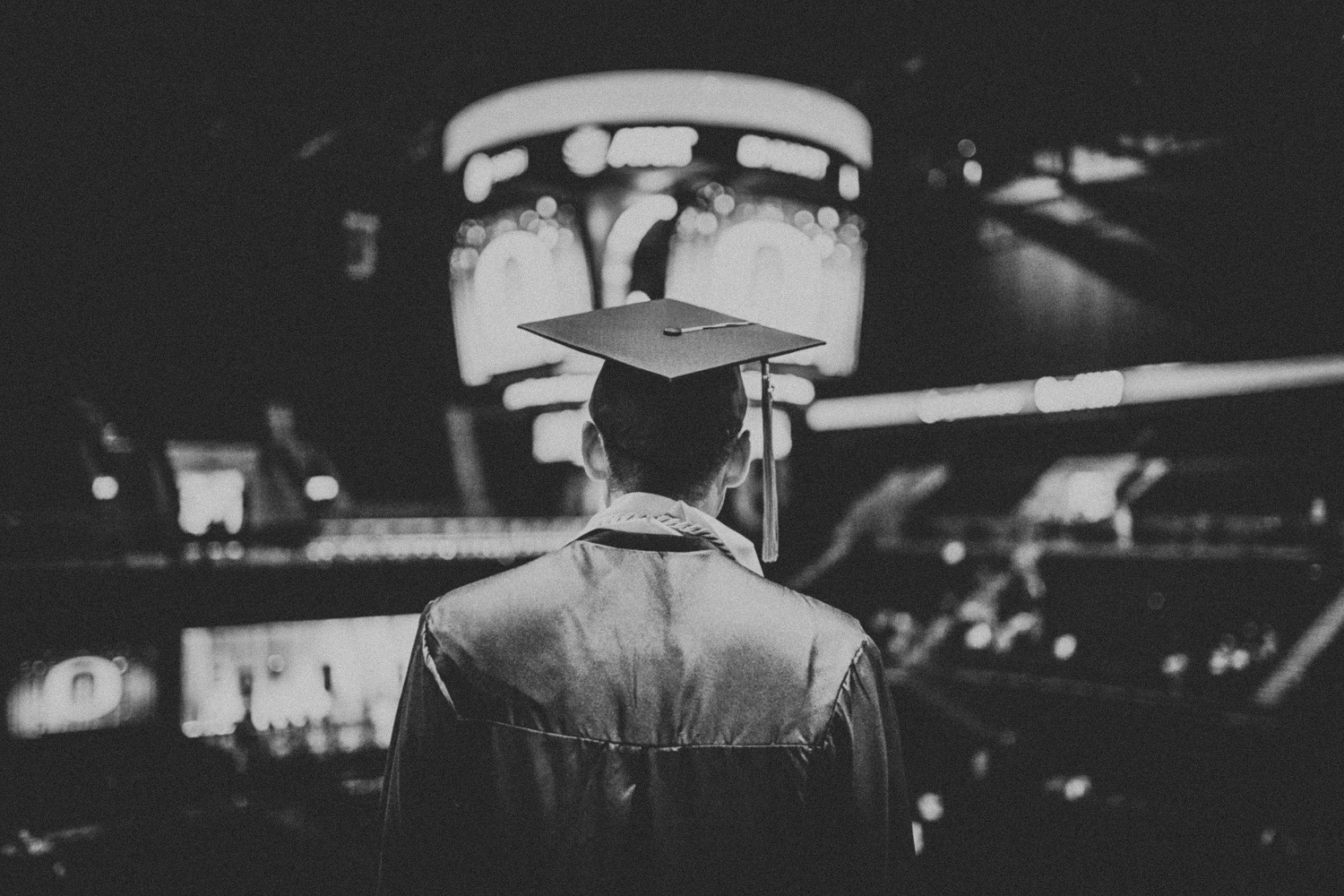 John Locke (1632-1704) was the first and probably most crucial British empiricist. Empiricism was “hostile to rationalistic metaphysics, particularly to its unbridled use of speculation, its grandiose claims, and its epistemology grounded in innate ideas” (Palmer [1993]: 165). Locke’s famous principle of tabula rasa (blank slate) is based on the belief that only experience and reflection on experience can produce epistemological certainty (Ibid.). These foundational ideas of his philosophy are presented in An Essay Concerning Human Understanding (1689). However, Locke was very much interested in the application of grand philosophical ideas in practical reality. Thus, he also wrote Two Treatise on Government (1660) in which for the first time in history, Locke distinguished between “political state” and “the state of nature” (Ibid., 170).

We are all bestowed with some natural rights to “life, liberty and possessions” (Ibid.). Political states should be evaluated in terms of how they protect these natural rights. The Founding Fathers of the American Revolution, of course, based their position of justifiable revolution against the tyrannical government on Locke’s philosophy of government (Ibid., 173). People have the “supreme power” of sovereignty “to remove or alter the legislative when they find the legislative act contrary to the trust reposed in them” (John Locke quoted in Stumpf [1994]: 273). The rebellion, however, is justifiable only when the government is dissolved in extreme cases (Ibid.). The natural outcome of this experiment was the historical struggle for democracy in all its dynamic understanding and application in the U.S. context.

Locke’s general principles of democracy and civility were very much visible in his Some Thoughts Concerning Education (1693).

After asserting the “holistic” principle of education (both mind and body should be involved) and confirming the enormous impact of education in human civilization (Locke [1693] in Johnson & Reed [2012], p. 43), Locke meticulously explains how education works.

First and the most essential “endowment” of education is a virtue. Locke says: “I place virtue as the first and most necessary of those endowments that belong to a man or a gentleman, as absolute requisite to make him valued and beloved by others, acceptable and tolerable to himself. Without that, I think, he will be happy neither in this nor the other world” (Ibid., 44).

Locke, furthermore, explains that virtue of love for the Supreme Being and respect of the Maker, including concrete steps of devotion from an early age, are necessary preconditions for loving others and avoiding injustices and selfishness (Ibid.). Locke never leaves his readers in the abstract world of ideas only. Concrete mandates are prescribed on how to develop the abstract nature of love and a virtuous life.

Second, the “application of mind,” well trained by virtue is wisdom. “To accustom a child a true notions of things and not to be satisfied till he has them, to raise his mind to great and worthy thoughts and keep him at a distance from falsehood and cunning, which has always a broad mixture of falsehood in it, is the fittest preparation of a child for wisdom,” elaborates Locke. Wisdom, as we can notice, is closely tied to the first principle of a virtuous life.

Third, breeding is based on the modesty and humility principle. Actions are prescribed that will make someone a gentleman (or a lady). Sets of habits that Locke defines will help youth to learn “how to behave ourselves towards others” (Ibid., 46). Locke describes this demeanor as “internal civility of the mind” governed by the fashions of the country or context in which we live (Ibid.).

Finally, the process of learning begins for those who understand that it is not enough to become “a bookish man” (Ibid.). Education is learning but not learning as “a paradox” (Ibid.). Education, Locke concludes, is much more than just memorizing. “Reading and writing and learning I allow to be necessary, but yet not the chief business” (Ibid.). The ultimate goal of education is the dynamic development of “good habits” in the appropriate environment (Ibid., 46-7). “Education is dependent on securing of right habits of thought and action” (Ibid., 42). This last principle of education based on democracy and civility is what I would like to reemphasize in my contextual evaluation of Locke’s hierarchy of values in education.

Locke’s Principle of Civility of the Mind and Contemporary Education

It has already been affirmed that Locke’s philosophy of education has four necessary steps: 1) developing a virtuous life of civility, tolerance, and love; 2) Moral wisdom that equips the learner for life; 3) Respectable manners and behavior in civil society; 4) Good habits and actions that transcend “bookish” learning only. All these endowments are based on one fundamental principle of civility within the democratic way of thinking.

I firmly believe that contemporary education should explore and apply the principles of civility and democracy as necessary preconditions for acquiring knowledge of God and the world. Civility is not just an individual quality but the endowment of the learning community. Universities and other learning communities should take responsibility for defending these values.

Andrew Delbanco, in his volume College: What It Was, Is and Should Be, summarized his investigation of the history and nature of higher education in the United States by the following statement: “A college should not be a haven from worldly contention, but a place where young people fight out among and within themselves contending ideas of the meaningful life, and where they discover that self-interest need not be at odds with concern for one another. We owe it to posterity to preserve and protect the institution. Democracy depends on it” (Delbanco [2012]: 177).

Delbanco’s whole book affirms two pillars of the higher education process: 1) Pursue the meaningful life through investigation of knowledge and 2) Develop a character defined as ability to dialogue with others (especially opposites), and pursue a common interest in the democratic society.

Students ought to learn how to apply Locke’s principle of “civility of the mind” in the democratic context of contemporary education. “Bookish” or even a strictly cultural approach to education/learning will create more contentions than before. Learners today should base their pursuit of truth and knowledge on the principle of active development of character — civility, tolerance, dialogue, and democracy.

These values are not just partially lost in contemporary education. In the general social setting and bipartisan politics, today’s situation is not very promising. Peter Whener, in his research The Death of Politics: How to Heal Our Frayed Republic After Trump, claims that in our distorted views of political realities, values of moderation, compromise, dialogue, and civility are almost a lost art (Whener [2019]: ch. 6, p. 141-188). In the spirit of John Locke, he outlines some necessary concrete steps on how to apply this abstract principle of civility. Some of the suggestions include paying attention, listening, showing respect, being agreeable, apologizing, offering constructive criticism, and taking responsibility (Ibid., 182-3).

Our classrooms and online education, especially in higher education, should reflect these values, apply these principles, and create some action steps in a cordial and civil democratic university environment. Universities should be places where teachers and learners have the ability to transcend their personal beliefs and worldviews, and by utilizing the civil and democratic tools of dialogue, tolerance, and respect become beacons of light for the darkened politics and society today.

Delbanco, Andrew (2012). College: What It Was, Is and Should Be. Princeton University Press.

Wehner, Peter (2019). The Death of Politics: How to Heal Our Frayed Republic After Trump. New York. HarperOne.

Photo by Cole Keister on Unsplash