The Investigative Judgment and the Closing of the Adventist Mind

The Investigative Judgment and the Closing of the Adventist Mind 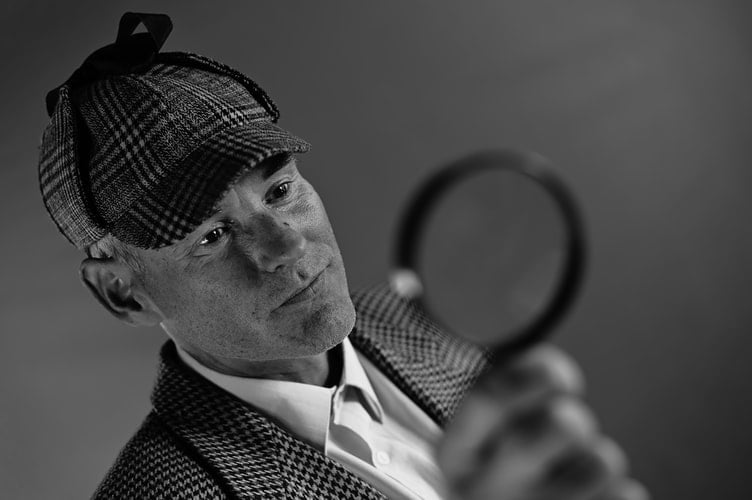 This is the last of three essays dedicated to re-examining key Adventist positions connected to pre-Second Advent events. The first two – Universal Sunday laws and Adventist Perfectionism/LGT – delved into aspects of our Second Coming posture where we could, and often did, offer plausible deniability. Though we have historically viewed these two positions as important building blocks of our eschatology, we seem at the same time to question their centrality in our overall theological outlook, and have therefore not included them in our official fundamental beliefs. Not so the Investigative Judgment (IJ) or the broader Heavenly Sanctuary motif. This bonafide doctrine is number 24 of our 28 Fundamental Beliefs. (FB)

The most telling aspect of all three unique denominational beliefs – IJ, LGT and Universal Sunday laws – is that none of them seem to have any practical spiritual/pastoral relevance in church life. Which is why they are hardly preached anymore in our pulpits, taught with any conviction in our grade schools and virtually ignored in our tertiary classrooms. These positions once seemed plausible and served an existential denominational need. The church was young then and we could blame our inaction – or was it willful inattention – to the innocence of infancy.

Our laxness during those youthful years could also be attributed to single-mindedly believing that the Second Advent was just around the corner. A legitimate excuse then. But we are now 180 years removed from that era. So we cannot continue the pretense that we know less or lack perspective. We know more and have a better perspective on the circumstances of our denominational birth. Which is a vantage point from which to make a more dispassionate assessment of the theological markers our pioneers laid down. The plea here is to avoid following, with blind obedience, the dictates of a bygone era that did not anticipate a future like ours.

Excerpted below from our official 28 FBs is the basic concept of the IJ doctrine:

In 1844, at the end of the prophetic period of 2300 days, He entered the second and last phase of His atoning ministry, which was typified by the work of the high priest in the most holy place of the earthly sanctuary. It is a work of investigative judgment which is part of the ultimate disposition of all sin, typified by the cleansing of the ancient Hebrew sanctuary on the Day of Atonement. In that typical service the sanctuary was cleansed with the blood of animal sacrifices, but the heavenly things are purified with the perfect sacrifice of the blood of Jesus. The investigative judgment reveals to heavenly intelligences who among the dead are asleep in Christ and therefore, in Him, are deemed worthy to have part in the first resurrection. It also makes manifest who among the living are abiding in Christ, keeping the commandments of God and the faith of Jesus, and in Him, therefore, are ready for translation into His everlasting kingdom

Of all 28 FBs, the IJ doctrine has given Adventism the most angst. And probably for that reason church leaders have been swift to punish denominational employees who have questioned it. The case of Desmond Ford, a widely respected church scholar who, in an academic setting in the late 1970s disputed its validity, bears this out. The church gave him a nine-month leave-of-absence from his professorial responsibilities and in August 1980 was asked to defend his contrarian views. He appeared before some 120 church administrators and theologians at Glacier View Ranch, Colorado. When the defense ended six days later, Pastor Ford’s ministerial credentials were removed and he was cut off from denominational employment. What happened to Desmond Ford is not unique to church leaders who dissented. Other previous luminaries before Ford – Canright, Ballenger, Fletcher, Conradi, Cottrell – who differed and made their misgivings public, met a similar fate.

Forty years have passed since Glacier View and Dr Ford’s orchestrated public defrocking has largely served its intended deterrent purpose: few Adventist thought leaders in church employment have gone public with their concerns about the IJ or other church dogma. However, such hyper-vigilance surrounding this one doctrine, though it silences dissent, speaks to leadership’s acknowledgment that the IJ doctrine is tenuously grounded. Especially in the eyes of young Adventists. The youth, like those they look up to, seem unconvinced that the IJ is “a thing.” And they display their skepticism in much the same way their adult devotees have – by disengagement. But we can’t ignore our way past uncomfortable beliefs.  It is more honorable to admit we erred and move on than keep pretending we believe.

Probably the most controversial aspect of the IJ doctrine (among many others) is how we arrived at October 22, 1844 (or, as originally conceived by Miller, March 21 1843). The controversy centers around Daniel’s (8:14) 2300 days, but it stretches to envelop several Adventist-specific motifs: sanctuary service, the remnant, heavenly intelligences and commandment keeping. The problem is that getting from 2300 days to 1843/4 is not self-evident. It takes specialized know-how or “professional” acumen – knowledge of the right kind of history or biblical language – to make sense of the theology. Which is probably why the average Adventist shuns the topic, and the Adventist Right conversely reveres and recognizes it as a mark of “true” Adventism.

But the IJ doctrine has a KJV problem. As the flaws of this once-dominant translation are corrected in newer more accurate versions, the KJV’s influence recedes, as do doctrines built on faulty translations like Daniel 8:14. The 2300 days, bedrock of the IJ construct, works by converting the days to years, which then establishes a historical bridge to 1844. But this only works in the KJV. No other reputable translation – NIV, NEV, RSV, ASV – interprets it as days.  Instead, they all uniformly translate the phrase as “evenings and mornings.”

This is important because virtually all modern commentators view Daniel 8:14 as a reference to 2300 evening and morning sacrifices. If all other translations are correct, then the time period under consideration is 1150 days (or 1150 years if the year/day principle is valid), a “mistake” that wreaks havoc on calculations that got us to 1844. In this, as in many of our history-constructed beliefs, time is not on our side. Even now few young Adventists, in company with most young Christians, read the KJV. And a hundred years from now it is likely that the KJV will become as unreadable as the Middle English-written Canterbury Tales. Only a few will be reading it in that version. When that time comes this doctrine will have no legs to stand on, as none of their favorite Bible versions will use day in this verse, making the link to 1844 even more torturous.

We get sensitive when critics point to the convenience of how the IJ doctrine emerged – via Hiram Edson’s “Cornfield Vision”– shortly after the 1844 “Great Disappointment”, which allowed the sanctuary location to be transferred from earth to heaven. But our protestations should not obscure the fact of our entanglements with this apocalyptic failure. The IJ doctrine tops the list of our entwinements with the Millerite Movement since this, more than any other position, provides both justification for, and necessity of, our Remnant claim.

If the Millerite calculations and interpretations had been correct and Jesus had returned on October 22, 1844, this discussion would be moot as we would not be here. But they were wrong and Jesus did not come. Instead we rose from the ashes of their failed predictions still practically affirming everything they stood for. The only concession we’ve made that Miller was wrong was not about calculations. No, we fault him for getting the geography wrong. That is, we shifted the meaning and focus of October 22, 1844 from heralding Jesus’ return to earth, as was the overwhelming understanding and message of the Millerites, to Jesus moving from one apartment in heaven to another.

There is a logical inconsistency, some say outright disingenuity, in adopting this position. In chapter 18 of The Great Controversy Ellen White portrays William Miller as a pious truth searcher who followed God’s leading in declaring the good news of Christ’s Second Coming, despite taunts and insults from believers and unbelievers alike. If God were supportive of Miller’s ministry it raises the troubling question of why the same God would lead him to such disastrous conclusions that confirmed skepticism and justified derision by Miller’s detractors. Even more worrisome, why should we view Ellen White’s own relationship with God and her ministry differently from Miller’s?

Questioning is God’s gift to the faithful. Because every belief, or our understanding of it, was arrived at in time and place and therefore conditioned by the events and understandings of that era. So it is imperative that we do not unreflectively bake-in the understandings of any particular period, with respect to theological formulation. More so when the teaching is parochial. The Jews of Jesus’ day went down this road when they believed that they alone were special in God’s eyes. The irony of this self-conceit was that Jesus came and lived among them, but they were blind to his presence.

We should therefore view God as belonging to more than our tribe. Exclusivity, belonging to a club whose members alone are privy to hidden meanings embedded in scripture, sends us to the wilderness. It takes us back to pre-Calvary understandings of how God relates to us. And in the process we raise back the partition separating the worshipper from God, muting the majestic declaration that “It is finished” (John 19:30) and reintroducing a gatekeeper between humans and God. That, to some extent, is what the IJ doctrine does. That we are the only Christian denomination professing this belief should not necessarily be viewed as a badge of honor, a uniqueness that confirms our specialness as God’s favorites. Such exclusivity is undignified and should prompt a vigorous, never-ending assessment of all aspects of this theology.

It bears repeating that any belief making God the benefactor of an exclusive group should be questioned. One of the essential missions of Jesus’ first advent was to broaden the meaning of specialness, to include all believers: “For God so loved the world, that he gave his only son, that whosoever believes in him should not perish, but have everlasting life.” (John 3:16) The peculiar nature of the IJ doctrine, which depends on technical expertise to comprehend its mysteries, asks too much of the average Adventist. So we don’t bother to understand but do the next human thing – ignore it, or pretend belief.

One hundred years ago last year, at the 1919 Bible Conference, our leaders confronted what some viewed as cherished but uncomfortable untruths. After six weeks of earnest deliberations they aired out their concerns, but did not have the courage to communicate these conclusions to the church, fearing the membership would be unsettled. While truth may unsettle in the short term, it makes us free long term. For most of us there is more to Adventism than its fundamental beliefs. And a majority will likely remain in the fold even when we become aware that some understandings are questionable. But it is the feeling that our leaders won’t be candid with us, because they don’t trust our judgment, that galls. Let us take heed of Henry David Thoreau’s warning against acquiring “the expensive luxury of voluntary poverty” by refusing to learn from our mistakes or clinging to error.