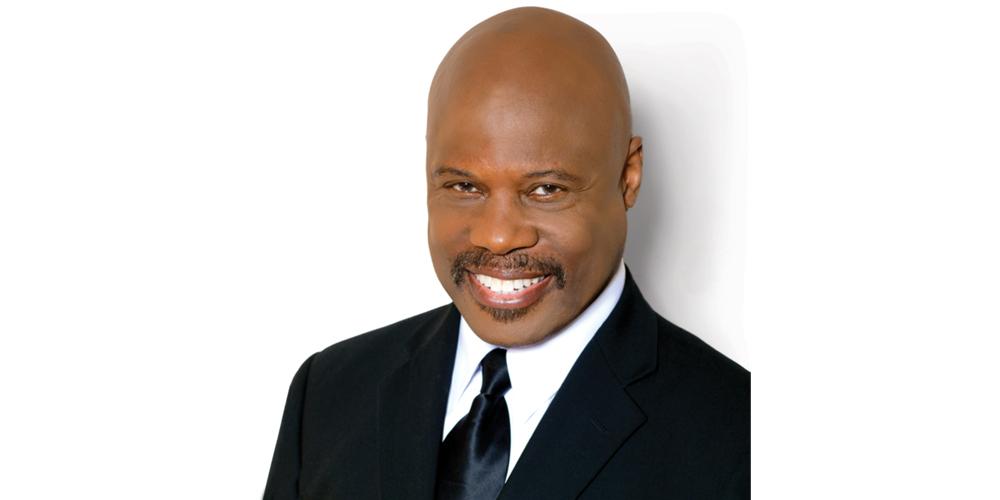 "It’s time to confront the virus that doesn’t live in the body but in the mind."

Monday, May 25, 2020, America’s seething cauldron of social turmoil erupted into a rage that has become difficult to suppress. It is a rage for justice and the unmasking of a lie. As a black man I know this: everything you’ve seen on television is only the iceberg’s tip of how that lie has misshapen the day-to-day living of people of color. Many African Americans live every day knowing that their color is a huge target on their backs. Being black can take its toll — ravaging the mind, threatening the psyche, turning homes into bootcamps where children are trained early to war against the lie.

I too have been profiled and detained by the police and even by the FBI. Traveling early in ministry I frequented too many airports. So they detained me and questioned me about my prolific travel habits — just to make sure I wasn’t dealing drugs.

As a father I live every day with the foggy fear that George Floyd’s story could be mine, or my son’s — anyone of the three. Every day comes with a calculus that keeps me from doing things that would be perfectly normal if I weren’t black. The perennial thought is: “reduce the risks that come with your color.” You learn to calibrate your steps by a lie.

Twenty-one years ago my family and I moved into the neighborhood where we now live, a quiet, peaceful, patriotic community. In all those 21 years we have never met or seen another black family with children in our ZIP code. Moved by wisdom, prompted by knowledge of the lie and the need to “reduce my risks,” the first thing I did upon arrival was go over to the police station and introduce myself, in person, to as many of the officers as I could. I was fearful of dying by the lie, afraid that officers would blunder because they saw me going into my own house. You might ask: who does that?

Who moves into a neighborhood determined to meet the police as early as possible? Those are the kinds of calculations you make as a black male trying to be safe in America. Because you know so many in America believe the lie.

The lie is racism, and its evil animus lives deep in America’s soul and psyche. It is a disfiguring trait, a profound moral deficit that many moral, loving citizens both countenance and cherish. This lie is America’s original and enduring sin.

Racism, this profound moral deficit, has given birth to unspeakable horrors and indescribable ugliness: George Floyd’s life slowly, deliberately snuffed out on a Minneapolis street, is only one more of its most recent repulsive proofs.

Through proclamation, legislation, and even a civil war, we have tried to command it away, implore it away, sing it away, even pray it away. Yet the lie remains, a formidable demon, refusing to submit to exorcism.

Racism is a tenet built for tyranny, not for freedom. It is a balm that strives to soothe deep fears of ordinariness and shallowness. It fuels a fake sense of superiority, the very antithesis of the truth that all people are created equal and deserve equal rights and opportunities.

This intractable lie of a God-given preeminence based on color is the breastmilk many white nationalists imbibe. They have nursed on it since this nation’s infancy; and its toxic nutrients continue to toughen and harden ugly spirits.

Most Americans live with little knowledge of the bleaker annals of our earliest history, the shocking savagery of the Puritans and Pilgrims. And today, because of instant recording and live-casting, everyone has become their own pbs (personal broadcasting service). For the first time in history, the world can witness in real time, via cable tv and Facebook Live, so much more of what is repulsive and vile in the American character. Our children look on in bewilderment, forced to stare, through eyes of innocence, at the blight concealed behind generations of glamorous gates. Ubiquitous recording devices now give inescapable exposure to crimes once familiar and yet invisible.

But now the George Floyds of the world, long stifling under the crushing weight of America’s sins, no longer live and die in tortured anonymity. The scab has been torn off. Our nation must finally come to grips with the fact that, for all its greatness, too many of its people must still walk long trails of tears, weeping for those who never made it home alive because of a lie.

There are reasons the “knee on the neck until domination or death” images have seared their way into our subconscious and hit a nerve. Instinctually, emotionally, collectively, most African Americans recognize those images as an apt representation of the collective systems of oppression and injustice that keep making it difficult for ordinary African Americans to breathe socially, emotionally, economically, and spiritually. With the weight of oppression upon their backs, they cry, “I can’t breathe.” “I can’t make it; I can’t get a break.” The knee on the neck also illustrates the establishment’s response to a people’s cry for help. Instead of comfort and relief, the cries are met with tactics designed to quell and silence resistance to the status quo. The knee on the neck is also a macabre, prescient warning of a future many are resolved they must act swiftly to avoid.

Just when this proud nation has been brought to its knees by a pandemic virus, it must also confront simultaneously, another invisible virus; one that lives not in the body, but in the mind.

Desmond Tutu once said, “If you are neutral in situations of injustice, you have chosen the side of the oppressor.” That tells me that we must all act and do, speak and live against the lie for our own sake and our nation’s sake.

We must find ways of loving the nation while hating its sins. And we must turn to each other, not on each other, ever aware, there is a judgment coming for everyone who “loveth and maketh a lie.”

To combat this doomed invention, we need a transformative vision and visionary leadership in America; leadership that is cleareyed on this truth: that racism is a lie, an intractable lie that must be uprooted, an idol that must be torn down, a haunted house, built over centuries, that must be dismantled.

To those who feel rejected, belittled, and abused, I say: love is stronger than the lie; and as Dr. Martin Luther King once said, “Hate cannot drive out hate: only love can do that.” As we grieve together, let us not be afraid to build together and look to each other with love, with humility and civility. Working against the lie, let us lift each other, embrace and affirm the dignity of others; we can build a bright future of truth for our children and leave to our posterity the destiny they deserve, confident Thomas Carlyle was right: “No lie can live forever.”

And Nelson Mandela added, “No one is born hating another person because of the color of his skin, or his background, or his religion. People must learn to hate, and if they can learn to hate, they can be taught to love.”

This article was written by Wintley Phipps, for Adventist Review, where it originally appeared. It is reprinted here with permission from the publisher.