Institutions, Contingency and Decay In the Time of Coronavirus 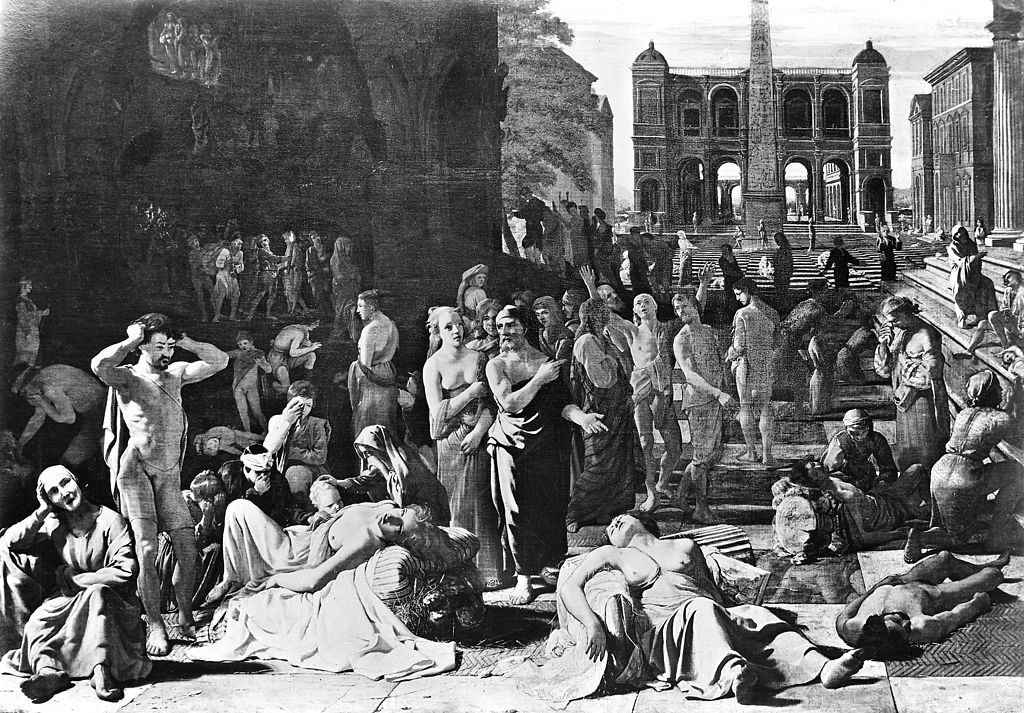 Thucydides’ notorious writing on the Peloponnesian War, a founding document of Western Historiography of the 5thcentury BC, is also a book on an epidemic that signaled the definitive decline of an incredibly creative and dynamic period of Greek cultural supremacy. As fathers of modern historians, both Herodotus and Thucydides belonged to that century and narrated two important wars. Herodotus described the war against the Persians that inaugurated a Greek golden age. Thucydides reported on the Peloponnesian War that was a fratricidal conflict between Athens and Sparta, and brought an end to this glorious and unique period.

Herodotus is widely considered to have been the first writer to have treated historical subjects using a method of systematic investigation, by collecting his materials and then critically arranging them into an historical narrative. Herodotus records in his “Histories” not only the events of the Persian Wars, but also geographical and ethnographical information, as well as the fables related to him during his extensive travels. Typically, he passes no definitive judgment on what he has heard. In the case of conflicting or unlikely accounts, he presents both sides, says what he believes, and then invites readers to decide for themselves. Herodotus views history as a source of moral lessons, with conflicts and wars as misfortunes flowing from initial acts of injustice perpetuated through cycles of revenge. Because of this he is often referred to as “The Father of History”, a title first conferred on him by the first-century BC Roman orator Cicero. (De legibus, I, I, 5)

Thucydides believed that the Peloponnesian War represented an event of unmatched importance. As such, he began to write his “History” at the onset of the war in 431 BC. Like Herodotus, Thucydides places a high value on eyewitness testimony and writes about events in which he took part. He also assiduously consulted written documents and interviewed participants about the events that he recorded. Unlike Herodotus, whose stories often teach that hubris (excessive pride and arrogance) invites the wrath of the deities, Thucydides does not acknowledge divine intervention in human affairs. He claims to confine himself to factual reports of contemporary political and military events, based on unambiguous, first-hand, eye-witness accounts. Thucydides views life exclusively as political, and history in terms of political history. Conventional moral considerations play no role in his analysis of political events while geographic and ethnographic aspects are omitted or, at best, of secondary importance.

For these reasons the English political philosopher Thomas Hobbes, whose book Leviathan advocated absolute monarchy, admired Thucydides, and in 1628 was the first to translate his writings into English directly from Greek. Thucydides, Hobbes, and Machiavelli are together considered the founding fathers of political realism, according to which, state policy must primarily or solely focus on maintaining military and economic power, rather than on ideals or ethics.

In the second Book of his Peloponnesian War, Thucydides described the diffusion of a Plague that devastated the city-state of Athens during the second year (430 BC) of this War, when an Athenian victory still seemed within reach. The plague killed an estimated 75,000 to 100,000 people – one third of the population – and is believed to have entered Athens through the Piraeus, the city's port and sole entry point for food and supplies. The plague had serious effects on Athens' society, resulting in a lack of adherence to laws and religious belief. In response, the political regime introduced a “State of Exception” to better control the situation with stricter laws resulting, for instance, in the punishment of non-citizens claiming to be Athenians.

The narration of this Plague is important not only because it described the decline of Athens but also the decline of Greek culture as such. Fifth-century Athens was an exceptionally flourishing period. It’s often called the “Golden Age” of Athens, lasting about a cenury, but was particularly notable during the thirty years from 460 to 430 BC. It began in 478 BC, after the defeat of the Persian invasion, when an Athenian-led coalition of city-states – the Delian League – confronted the Persians to keep the liberated Asian Greek cities free. After peace was made with Persia in the mid-5th century BC, what started as an alliance of independent city-states became an Athenian empire, after Athens abandoned the pretense of parity among its allies and relocated the Delian League treasury from Delos to Athens. This money then built the Athenian Acropolis, put half its population on the public payroll, and allowed Athens to maintain its position as the dominant naval power in the Greek world. With the empire's funds, military dominance and its political fortunes guided by statesman and orator Pericles, Athens produced some of the most influential and enduring cultural artifacts of the Western tradition. The playwrights Aeschylus, Sophocles and Euripides all lived and worked in 5th-century BC Athens, as did the historians Herodotus and Thucydides, the physician Hippocrates and philosophers Socrates and Plato. But Pericles, the undeniable and indisputable leader of this politico-cultural miracle, perished in this Plague.

The political and social stability built up in 5th century BC Athens, with sacrifice, hard work, knowledge and creativity, turned out to be a vulnerable reality. Every apparently solid institution is always exposed to historical contingency. No historical system can escape facing this random component of life. This is human existence at its very center. It is unpredictable by definition and emerges in different and changing forms, like a Plague in Pericles’ Athens or as a pandemic in our time. Our modern and post-modern programmed and rationalized world has pushed us to forget this. And particularly has pushed us to believe that life is secure only when this unexpected element is eliminated. The evident conclusion is an obsession to conceive and organize life so such possibilities don’t exist. But, of course, they do. We should arrive at the opposite conclusion instead. There is no true life without the possibility of some “black swan” (negative) or serendipitous (positive) components. Without them life becomes a simulacrum. A plastic life. An illusory experience. Without contingency life stops being life. This should become our cultural motto. The necessary and mandatory organization of our culture must never become total and absolute. The rhythm of life requires stability and organization but these cannot be bigger than life. This pandemic should teach us, among other things, this particular lesson in a time where every event, action and initiative is heavily programmed, controlled and presumed to be predictable.

At this writing more than 20.7 million people have been infected from COVID-19 in the world, and at least 750,000 have died, according to a Johns Hopkins University report. The USA alone, with its 5.2 million people infected, represents a fourth of the total world numbers. India has increased, reaching over 2.4 million infected. In Europe these last weeks here is a worrying increase in the contagions in countries like Spain, France, Germany, Greece and Croatia, that seemed to have the situation under control. But the more worrying scenario comes from Latin America where, beyond the already catastrophic situation in Brazil, Peru and Chile now also have rapidly increasing numbers in death and contagion. And we still don’t know what will be the final social, economic and psychological effects of this pandemic on a worldwide scale.

A noble religious, anthropological and ethical attitude should be qualified not only by the degree of order, stability and predictability but also by the degree of contingency it creates in us and in the social systems we live in. And above all, by the capacity to create trust in open systems that are unable to produce certainty because the more fundamental element in any worldview is that which recognizes our vulnerability to the unforeseen in life. Civilizations, religions and socio-cultural systems don’t decay because they don’t succeed in controlling the uncertainty of Life. It’s the other way around. It’s an excess of presumed certainty that pushes humans to be too confident, selfish and try to bully other humans and nature. The Creation as God’s first action for humanity, more than being an act of certainty, is a strong testimony of the blessings of contingency in a heathen context when life had become deterministic and excessively predictable. This is what the German philosopher Hartmut Rosa describes as the lacking element in our industrial societies. We have lost the beneficial sense of the “Unavailability” (Unverfügbarkeit) of Life as an essential component of our social systems. We urgently need to get it back in order to restore full humanity.